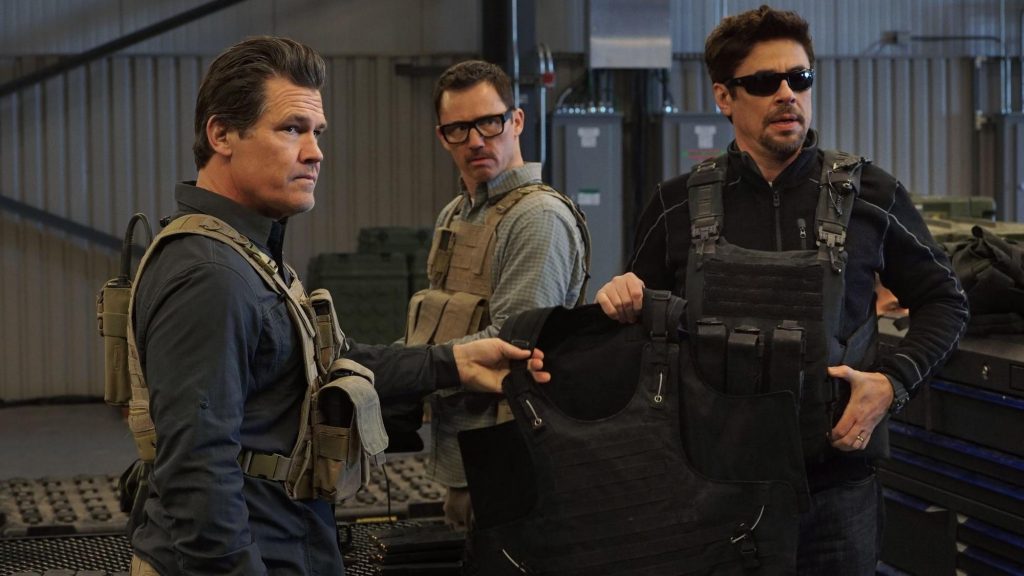 A follow-up to the Denis Villeneuve-directed Sicario is the sort of idea that seems like something fans would dream up. Thankfully, Sicario: Day of the Soldado is more than just a macho sequel that puts even more emphasis on the shady things Benicio del Toro and Josh Brolin’s characters will do in the name of justice. While the film works as something of a rebuttal to the first film, with a few added detractors thanks to the film’s proximity to current events, it’s skillfully made. With a stable hold on dread-filled atmosphere and a deeper (and different) look at the two main characters, Day of the Soldado is a confident enough film to have kept me engaged, and it made me curious where this unlikely franchise is headed.

With the lack of both the lead performer and the director of the original film (Taylor Sheridan returns for screenplay duties, however), there was concern over what a sequel could offer. The result is a story that feels simplified, despite a similar two-hour runtime and the sort of consideration given to a film that would want to earn the padded length to spell out some kind of meaning behind all the violence we are witness to. Of course, Day of the Soldado must first set things in motion, which happens in a manner that almost derails things completely.

The film opens with a series of foreigners moving around different locations that results in the arrival of terrorists being smuggled across the US border and blowing themselves up. Three of these people happen to do this in a convenience store, which is all the reason Matthew Modine’s Secretary of Defense and Catherine Keener’s shadowy CIA supervisor characters need to send Brolin’s Matt Graver in to deal with the problem, with little in the way of limits this time around. There’s more from there, as Graver enlists his trusted assassin Alejandro (del Toro) to aid in this mission, but it’s the implications of the opening minutes involving “evil brown people” that created a rough feeling to start with. 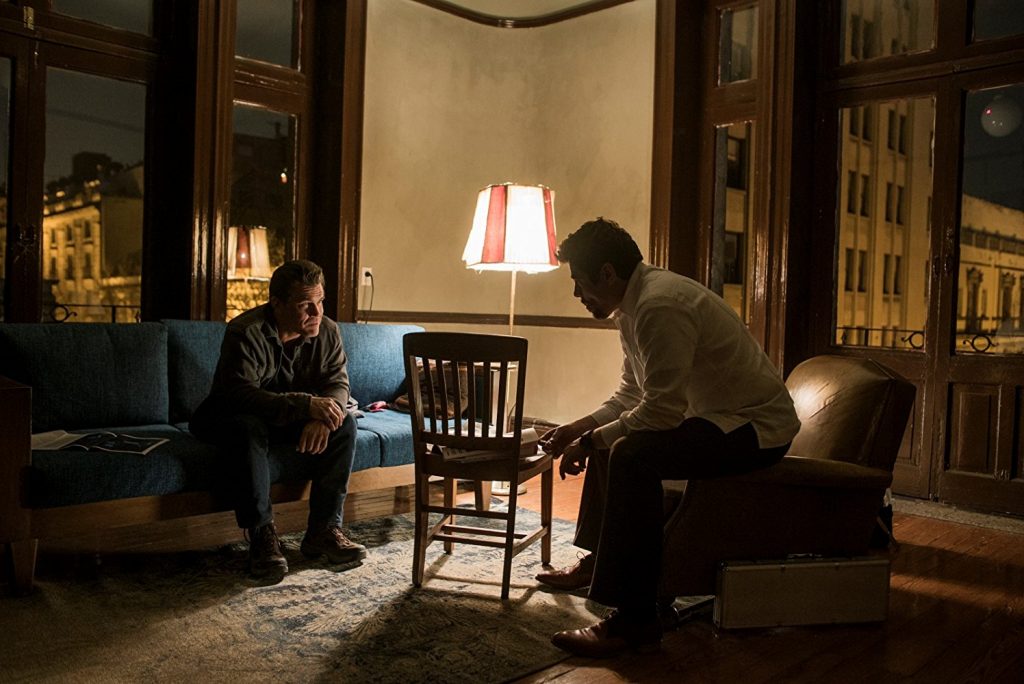 Sicario dealt with an idealist (Emily Blunt’s character) having her morals tested when it came time to see how far down a dark hole some go to fight a war on drugs through the cartels involved. Day of the Soldado, understandably, can’t just repeat that same concept, so the solution was to highlight the apparent scariness of evil foreigners and blend that into a setting so ominously close to the current debate over a border wall, and the drastic measures taken in the meantime. Never mind the bit of housekeeping to somewhat push some of these concerns under the rug later in the story, here’s a film where the topicality grounds the movie in an uncomfortable place, set for plenty of people to enjoy on the big screen between the weeks of Jurassic World: Fallen Kingdom and Ant-Man and the Wasp.

It is fortunate the film recovers, even if it means somewhat re-contextualizing the sort of people Graver and Alejandro are for the sake of forced conflict between men who we know can be incredibly brutal. The bulk of the story revolves around a kidnapping that goes haywire. The plan is to create false tension between rival cartels, but things change, and the story eventually finds Alejandro on his own with the daughter of a drug lord (Isabela Moner, holding her own, even with all the testosterone around her – she had training though, as a co-star in Michael Bay’s Transformers: The Last Knight). The idea is to see what limits Graver and Alejandro have when it comes to a young, innocent girl, along with the possibility of taking on each other.

For a sequel to a film that already established del Toro’s Alejandro as the kind of ruthless assassin that would gun down a whole family to make a point, it’s a credit to Italian director Stefano Sollima that Day of the Soldado can keep from feeling contrived. It says something about the commitment of this cast as well, as Sheridan’s script isn’t doing these performers any favors when it comes to how little plot there is or what it is we need to know about most of these people (Keener’s character, in particular, suffers the most). Instead, what the film lacks in mystery, which was a benefit for the first film, it makes up for in gloomy atmosphere. 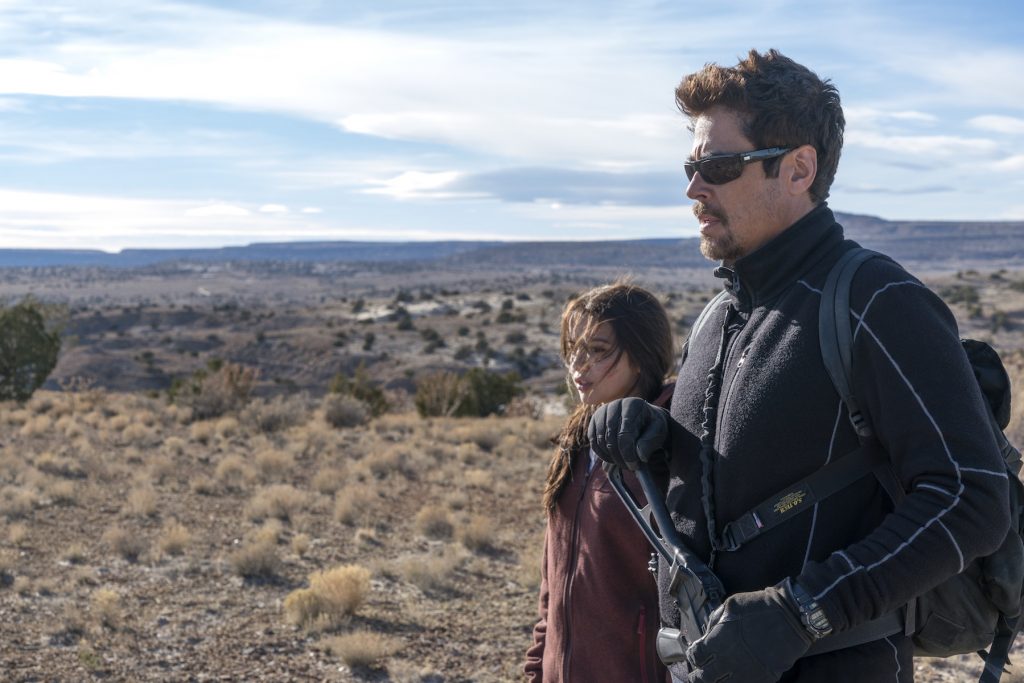 For a film that could shift its tone just enough to work as a familiar 80s-type action movie, credit goes to the intensity of film and the decision to hold onto a level of seriousness that has me appreciate the grim understandings these people must work with. Even with minimal comedic relief from Jeffrey Donovan, Day of the Soldado provides a harsh enough environment to keep itself above standard studio fair, but not too high to feel like it’s going for a sense of self-importance. It’s the kind of reason I can look forward to another entry, provided a little more is done to take a better stance on what sort of message is trying to be communicated, or the film just doubles down on being a bloody action movie.

As far as general entertainment goes, there’s only one nifty action sequence, with other moments that play more with tension than the skill of putting gunplay on film. It’s a gritty picture and will easily appease the fans the dug the core concept of tough men taking bad guys to task in the first film, even with Blunt around as a cipher. That we now have two of these films that work hard enough to reflect the complicated scenario surrounding what these tough men are fighting is a credit to an aspect of Sheridan’s script I actually can commend.

I have enough praise to give to Sicario: Day of the Soldado thanks to the commitment of those involved. It is an unusual sequel as far as holding onto respectability, despite various character changes and some weary ideas as far as the setup for this film. However, del Toro tends to bring his A-game to everything he’s involved in, and everyone around him follows suit. For all the franchises out there, this is one that suits the accomplished Oscar-winner quite well (to say nothing of his chances to look and act wacky in the Marvel movies). It’s an adult drama coming out in the middle of a summer full of spectacle. While a bit simpler in presentation than it thinks it is, there’s still something satisfying about a movie as tough as the dirt these characters are walking through. 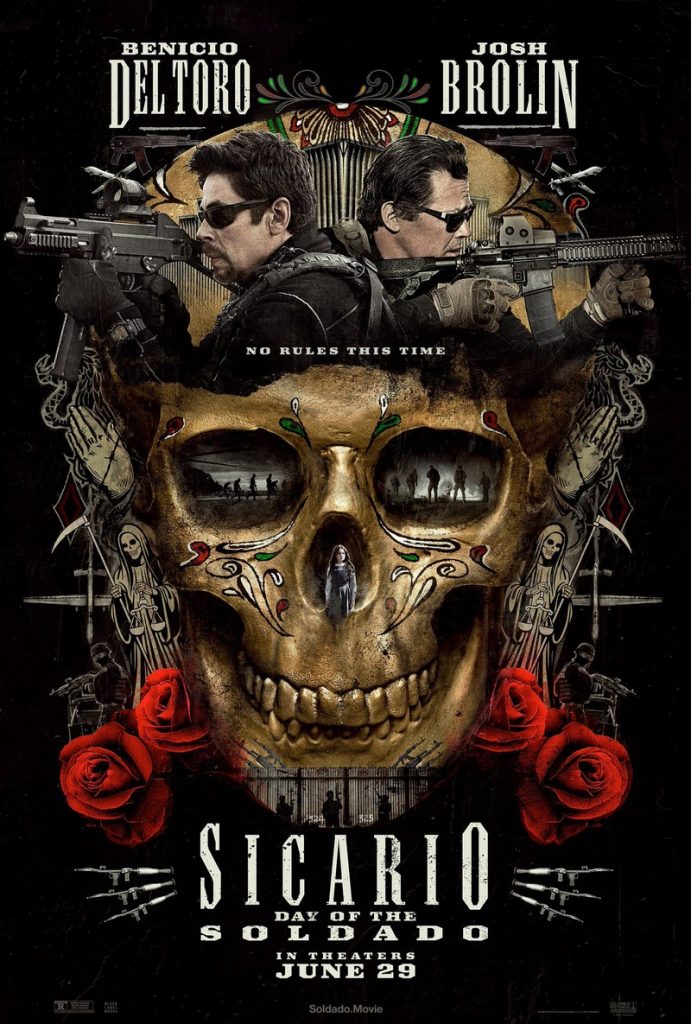 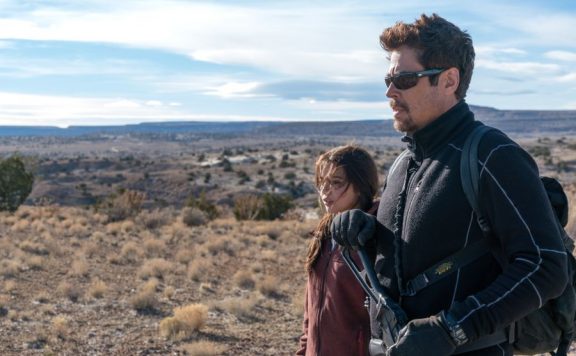 Review: ‘Sicario: Day of the Soldado’ Is Equally as Riveting as the Original
June 20, 2018