Animated films like Smallfoot tend to fall into a particular category. It’s not a bad movie, and it’s made on a big enough scale to feature a lot of talent and strong 3D animation, but it feels like a stop-gap in between more notable, family-friendly movies. The film is kind of a musical but doesn’t rely on the songs to help tell the story. There are thematic areas where it shines brightest, but the overall experience doesn’t make me want to see a new franchise blossom. Smallfoot is fine, and I’ll be happy to see it be enjoyed by kids and parents (especially if the clear message is picked up on), but there are other, similar films I know I’ll be more excited about.

Based on “Yeti Tracks” by Sergio Pablos (creator of the Despicable Me franchise), Smallfoot follows the adventures of Migo (Channing Tatum), a yeti who lives with a whole population of fellow abominable snowmen on the top of a mountain, high above the clouds. Due to their isolation from the rest of the world, they have been convinced by a belief system that keeps them sheltered, in a set routine, and not encouraged ever to question their reality. That’s all handled via Migo telling the audience this information straight-up, so wouldn’t you know it, he becomes the person in a position of dissent when he discovers a human (or “Smallfoot”) and decides he must show it to the rest of the yetis.

A part of me had a feeling that Smallfoot would exist in the same realm as some of the worst offerings from DreamWorks. As much as it may be an unfortunate stereotype to place on the animation studio, it was easier to associate them with pop culture reference-heavy dialogue and the choice to place big-name celebrities in roles, over more accomplished voice actors, than think of their great movies. Warner Animation Group (despite this film being animated by Sony Pictures Imageworks) has fortunately done better by Smallfoot. There’s still a big-name cast here that includes James Corden, Zendaya, LeBron James, Gina Rodriguez, Danny DeVito, and a miscast Common (he didn’t convince me he had the gravitas of a village elder), but they mostly slip into what’s needed to round out this group. Pop culture references are also held to a minimum, which is a good change of pace.

Instead, Smallfoot decides to awkwardly balance being a musical, providing Looney Tunes-like slapstick antics, and convey a message about becoming woke. Yes, it’s that last one that was the most interesting, as the stock sort of message that comes with these films ended up being more interesting the more the film decided to hit upon that concept. The idea of a character challenging a system is not new to animated films (think of A Bug’s Life¸ Monsters, Inc, etc.), but it felt especially interesting because of the writing and in the ways it cleverly goes into questioning a belief system without trying to insult it. That’s the other thing about Smallfoot; it resists being smug.

Some animated features that heavily focus on certain tropes tend to be so ashamed of having them that it’s made up for by self-aware lines that ultimately makes the film feel so satisfied with itself. Smallfoot may not be the best offering I’ve seen this year or from Warner Animation Group, but it doesn’t push itself to be something it’s not, even with the clunky inclusions of songs. The humor is consistent enough to keep things moving, even as certain reveals are made, before a big, adventurous ending.

Getting back to the musical element, the biggest issue is how most of the songs don’t do much to move the plot along. That may seem like a weird criticism, but when Smallfoot is spoon-feeding the audience exposition to make the world of the yetis clear through plain dialogue, and then follows that up with an opening song, it’s strange. When Corden’s human character raps over David Bowe’s “Under Pressure” to convince another character of something, after already making that objective clear, it’s also strange (and there’s a loss of points for not obviously rapping over “Ice Ice Baby” instead). Despite my issue with his casting, only Common’s “Let it Lie,” works as an essential part of this film.

But the film is also funny. It has its goofy elements that can work for all ages. I liked the way the movie showed the differences between yetis and humans by switching perspectives. Neither creature can understand the other, so voices get lost in the translation, which is smart. And Tatum does enough to work as an idealist beaming with joy, and confident when needed.

So, Smallfoot gets by on how it attempts to go about things. Despite placement issues, the songs aren’t bad. The voice cast is mostly solid here, as the comedic writing is strong enough to allow for a mix of fun visual gags and humorous wordplay. And yes, a film that manages to put in a complex message in a simple but effective enough way can go a long way in making a reasonably standard animated feature stick around in one’s mind. The premise is fun enough, and Smallfoot does enough with that to make this missing link leave an impression, regardless of shoe size. 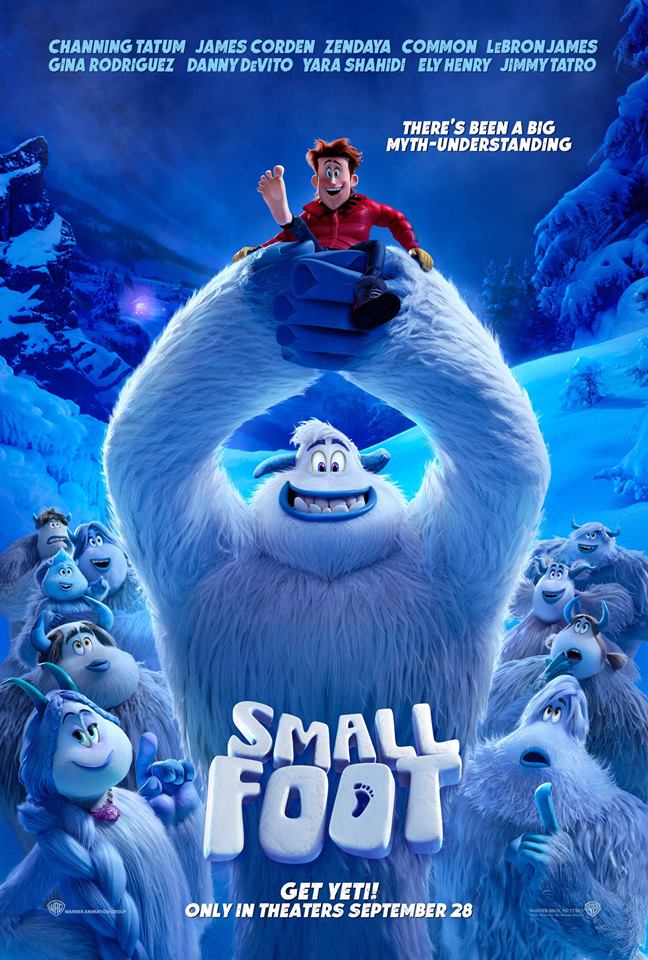 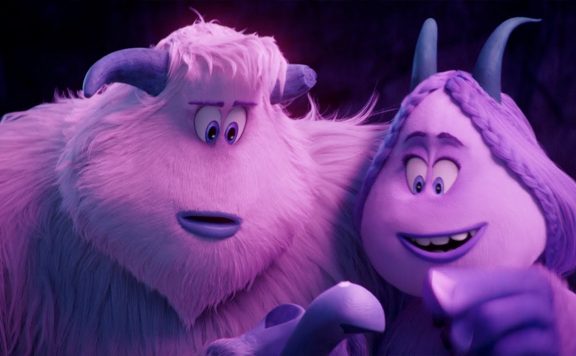