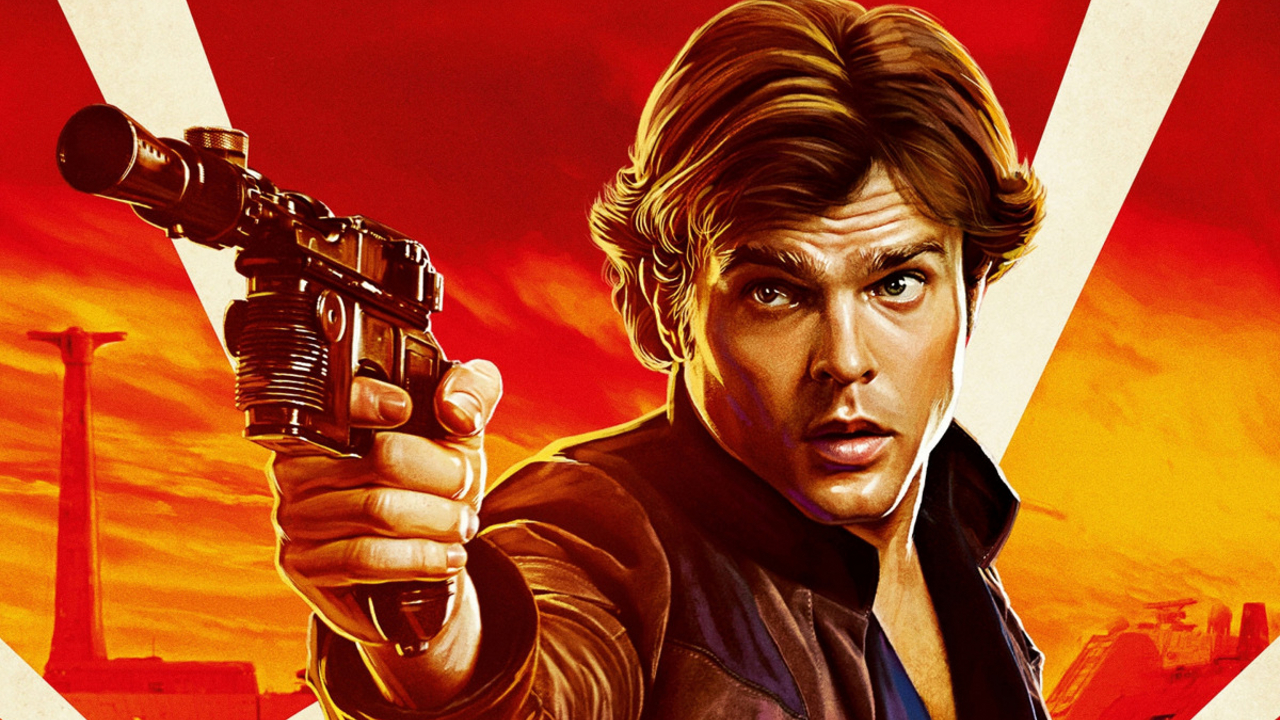 Another Star Wars movie merely five months after the polarizing The Last Jedi? What is this, the Marvel Cinematic Universe or something? In all seriousness, Disney has spent the past three years expanding the future of a galaxy far, far away switching up between its “saga” films and “anthology” films. The beloved franchise is growing beyond the Skywalker family whether we like or not, filling in more holes within the Star Wars universe. And with Solo: A Star Wars Story, it’s a tough balancing act between familiarity and occasional risk-taking.

Like Rogue One: A Star Wars Story, Solo is set somewhere within the prequel era. A side story between Revenge of the Sith and 2016’s Rogue One, Solo introduces audiences to a younger iteration of Harrison Ford’s iconic smuggler. When we were first introduced to Han Solo in the original Star Wars, he was a cynical rogue fueled by reward money. Alden Ehrenreich’s Solo requires a bit more exposure to the galaxy’s seediness to reach Ford’s mindset.

As a scumrat on the shipbuilding world of Corellia, Han does what’s required to survive. That might even involve joining the big bad Empire at one point or fast-talking his way into a criminal gang. Teaming up with hired criminals, Beckett (Woody Harrelson), Val (Thandie Newton) and recently-freed Chewbacca (Joonas Suotamo), Han begins to prove his worth as the latest recruit for Crimson Dawn. For Han, it’s almost like the dark side – once you’re in, there’s no way out. A New Hope begs to differ, but that’s practically a decade after this film.

After a space train robbery ends terribly wrong, Han and company are flung into another mission to redeem themselves. Smooth card player Lando Calrissian (Donald Glover) and his “Droids Lives Matter” sidekick L3-37 (Phoebe Waller-Bridge) enter the fold as does Han’s estranged girlfriend Qi’ra (Emilia Clarke). Solo then bounces from random planet to planet as a race against time, trying to locate and transport a precious hyperfuel before other intergalactic criminals obtain it.

Solo checks off what’s almost expected of a Han Solo origin story. Han meets Chewbacca for the very first time. Thankfully it wasn’t the original plan connecting ten-year-old Han and Chewie in Episode III. Han meets Lando. Han wins the Millennium Falcon from Lando. Han makes the Kessel Run in 12 parsecs. Star Wars fans know these beats by heart through the earlier films. Do we need to see all this play out on the big screen? While it’s not exactly necessary, Solo remains a functional world-building exercise – albeit by the numbers for the majority of the film.

Director Ron Howard and Lucasfilm clearly have a bigger picture on the horizon, especially if the saga films wrap up in 2019. Solo might be one of the least-memorable Star Wars installments, but it’s planting the seeds to a growing galaxy. Does that involve the Boba Fett spin-off that was just announced? Who knows? It’s a similar situation to the Wizarding World’s Fantastic Beasts and Where to Find Them. That prequel paled in comparison to the eight Harry Potter films, yet serves its purpose in setting something potentially greater. That’s exactly how Solo is being handled. And like fellow anthology film Rogue One, Solo continues to bridge the gap between the original classics and the less favorable prequels. The universe is coming together in the most unexpected ways.

Solo’s strongest asset is in its casting of Ehrenreich and Glover as Han and Lando respectively. While no one can ultimately replace Harrison Ford or Billy Dee Williams, both actors are well-recommended additions to the Star Wars universe. Ehrenreich sells his Solo effectively enough to not cast any cynical doubts of mimicking Ford. Glover is a joy to watch as Lando, delivering another layer of charm to the character Billy Dee Williams brought over 35 years ago. Childish Gambino is on fire. Even Emilia Clarke’s Qi’ra brings a different type of female lead we’re not used to in a Star Wars film. The Game of Thrones actress is perfectly serviceable as Han’s girlfriend and femme fatale.

While the leads bring their game, the narrative is simply generic outside of heaping loads of fan service and Easter Eggs. Coming from director Ron Howard and screenwriters Jonathan and Lawrence Kasdan, the end result is off-putting. The majority of the film is gloomily shot (a bit much for the criminal underworld) and it’s basically a game of pinball from one forgettable planet to another for 135 minutes. We even have ourselves yet another desert planet. Acclaimed actors Woody Harrelson, Thandie Newton and Paul Bettany round out an underused supporting cast. Admittedly, Harrelson has a moment here and there with Ehrenreich or Suotamo, but nothing that manages to stand out when the credits roll.

Solo surely has its place and purpose in the ever-expanding Star Wars universe – more than one would initially believe. But when you’re mixing a space epic spanning three trilogies and Rogue One, it’s flying under the radar within this galaxy far, far away.

Review: ‘Solo: A Star Wars Story’ is a Forgettable Hive of Scum and Villainy