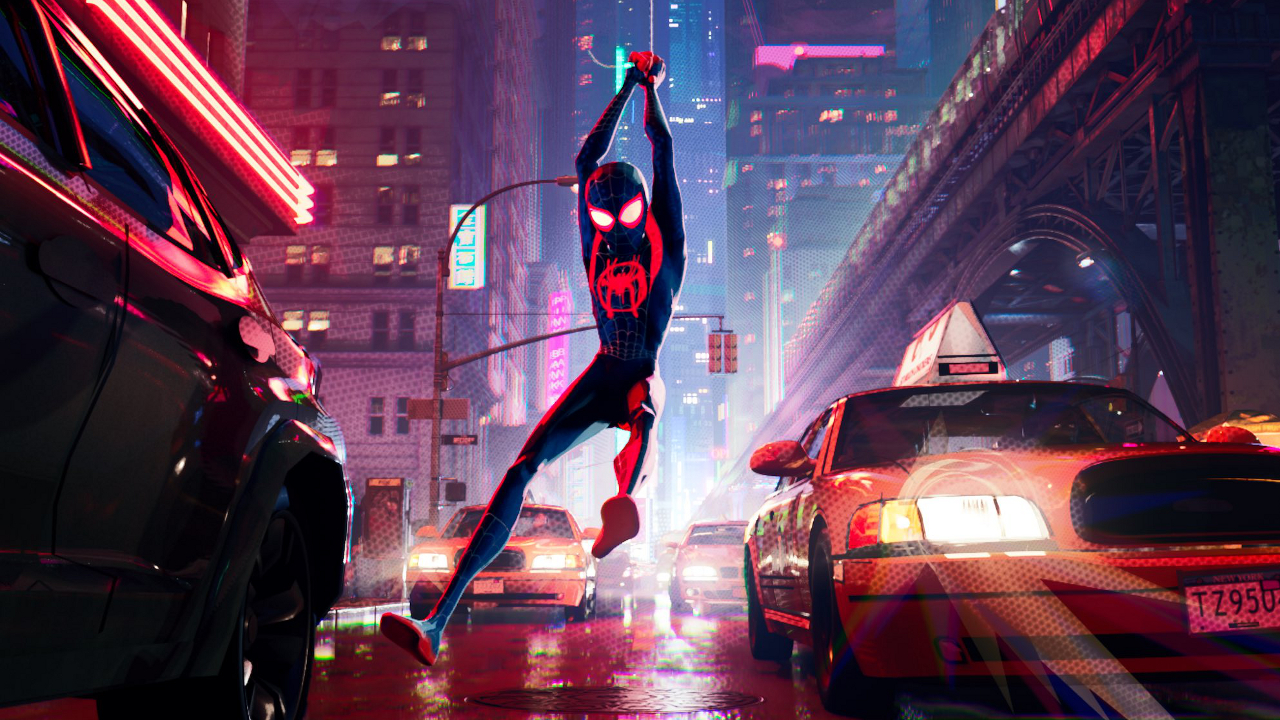 Sony’s Spider-Man: Into the Spider-Verse has immediately found itself in a league of its own. Since Sam Raimi’s mega-hit in 2002, live-action Spider-Man lore stretched over a vast range of quality. For every groundbreaking moment in Spider-Man 2, we’re still plagued by Peter Parker’s awkward strut in Spider-Man 3. 2017’s Spider-Man: Homecoming aided in sending the web crawler back in the right direction. However, leave it to Sony’s latest animated iteration to make up the most ground in years.

While most casual audiences are accustomed to Peter Parker being the one and only Spider-Man, other individuals have popped up over the past decade to claim the arachnid mantle. Young Miles Morales (voiced by Shameik Moore) is quite similar to Parker, a kind book-smart teenager from New York City, raised by a loving family. While his overprotective father Officer Davis (voiced by Brian Tyree Henry) wants what’s best for him, Miles relates more with his shady Uncle Aaron (voiced by Mahershala Ali). Eerily following the same path as Parker, Miles is bitten by a radioactive spider, endowed the signature powers of the web slinger.

Spider-Man: Into the Spider-Verse doesn’t introduce us to just one Spider-Man, but others from alternate dimensions – hence the titular Spider-Verse. An unexpected tragedy and dimensional tampering by the Kingpin (voiced by Liev Schrieber) transports a jaded Parker from his 40’s into Morales’ world. Other superheroes converge in the dimension, including Spider-Gwen (voiced by Hailee Steinfeld) and monochromatic Spider-Noir (voiced by Nicholas Cage). Spider-Man: Into the Spider-Verse shifts from being a straightforward origin story for Morales to an Avengers-like alliance for spider people. Morales, the older Paker and Spider-Gwen are given the forefront, while the remaining supers function more as backup.

Swapping out live-action spectacle for animation, directors Bob Persichetti, Peter Ramsey and Rodney Rothman have a greater opportunity to let their imaginations run wild. Spider-Man: Into the Spider-Verse feels as if the vivid pages of the comics are lifting off the page. The film’s color palette is equally vibrant. Text bubbles, superhero onomatopoeia and split comic book panels are commonplace throughout. Transcending from adapted page to screen tends to be challenge for plenty of films. Somehow, Spider-Man: Into the Spider-Verse handles that transition without any glaring issues. The script by Phil Lord and Rodney Rothman is confidently aware how absurd and a borderline acid trip this can transform into. Physics and realism are long forgotten as the film embraces its own one-of-a-kind identity wholly.

Spider-Man: Into the Spider-Verse is breathtaking to look at, but that doesn’t strip away the unexpected amount of heart. Morales’ personal journey as Spider-Man is perhaps more grim than his counterparts. Moore leads a solid voice ensemble as we invest in his character’s evolution. Every time, Parker’s origin story was retold on the big screen, the stakes weren’t as gut-wrenching as they are here. Spider-Man: Into the Spider-Verse is deceptively dark for an animated origin story. The other films embraced lighter fare with more mature themes occasionally woven in. Lord and Rohtman’s screenplay digs deep, toying with death, divorce and destruction. For an optimistic kid for Morales, the face of reality even for a fresh superhero is by far his most personable adversary.

Yes, it’s by far the shortest installment to date, clocking in just under two hours. But make no mistake, its style and substance ranks up there with some of the must-see superhero outings of the past decade. That appears to be a common theme with the genre in 2018. Both Black Panther and Avengers: Infinity War creatively and emotionally transported the genre to new ground. Now, we’re ending the year with a bang that could be even more super. There’s plenty of exceptional storytelling to unpack from Spider-Man: Into the Spider-Verse. Over the years, Spider-Man has been called “amazing” and “spectacular.” Those titles are rightfully earned here.

Review: ‘Spider-Man: Into the Spider-Verse’ Climbs to Spectacular and Amazing Heights