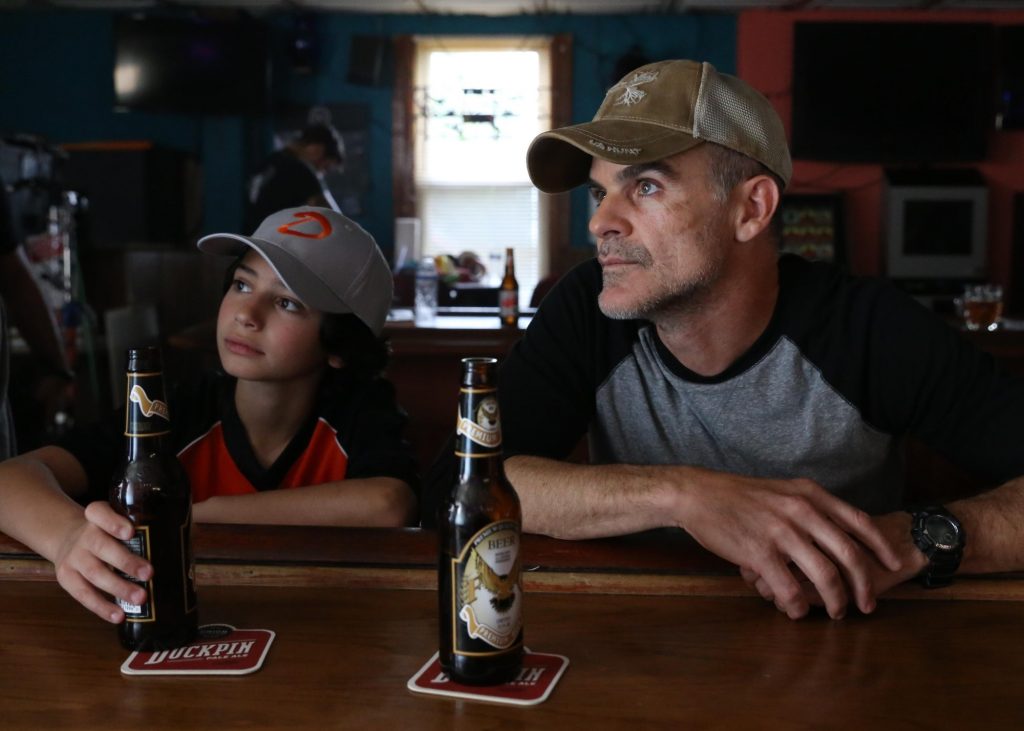 I’m not a big sports guy, but baseball tends to be my jam. A good crime-comedy can always bring me a smile. Coming of age stories tend to work, even when the formula feels like it’s in full effect. All of these reasons are why All Square is a fun flick that plays to the strengths of the familiar story being told. It doesn’t hurt that character actor Michael Kelly gets his chance to shine in a lead role for a change.

Kelly stars as John “Zibbs” Zbikowski, the town bookie who finds himself in a predicament. He enjoys hanging around town, but too many town members owe him money to make hanging out all that easy. Zibbs isn’t much of a violent bookie, but he’s also not afraid to break into someone’s house and take from them if he is owed.

Over the years, Kelly has found himself in some interesting supporting roles. He’s now best-known as Doug Stamper, the loyal associate to the former president on Netflix’s House of Cards (and the character I’m most interested in learning more about in the upcoming final season for…reasons). All that said, I remember first really noticing Kelly in Zack Snyder’s 2004 Dawn of the Dead remake, as the jerk-turned-hero, CJ. 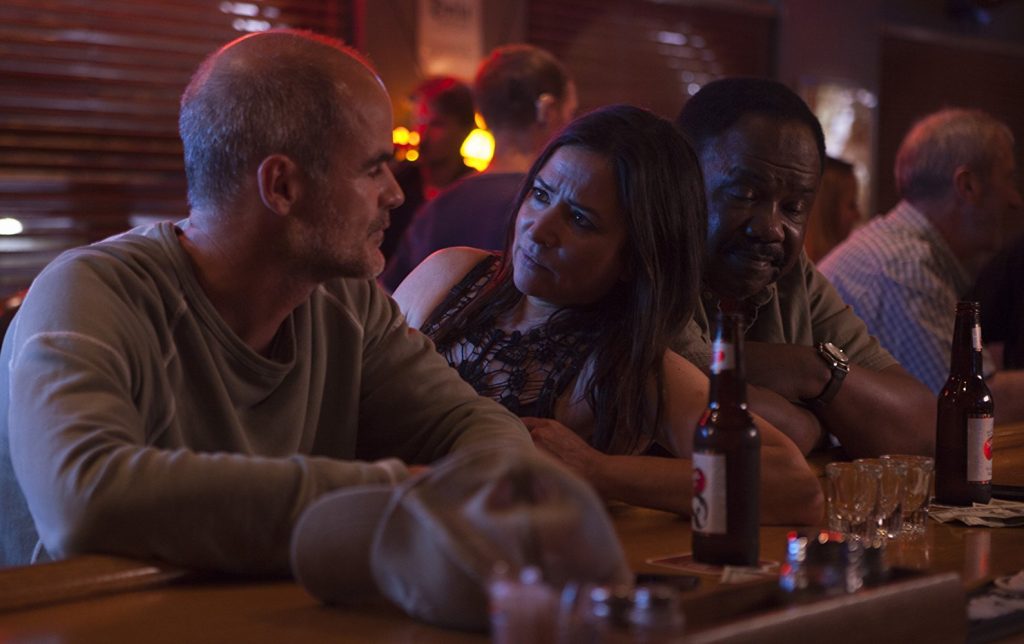 I mention this because Zibbs doesn’t feel all that far away from that CJ. He can get frustrated and intense, but the heart is ultimately in the right place. Within All Square, Zibbs is a guy who fell short of going anywhere notable (former high school baseball star), and now generally rejects deep association. He may have a few friends, but his sarcastic narration makes it clear that he’s holding back from letting anyone get close.

The actual plot of this film defies that logic, of course, as Zibbs finds himself befriending the son (Jesse Ray Sheps) of an ex-girlfriend (Pamela Adlon). Zibbs may not be the best parental figure, but it’s easy to see him attempting to figure out that learning curve. There’s also the other thing – Zibbs realizes he can take bets on the kid’s little league games.

It’s that element that brings All Square out of more familiar story territory, as the film has more going on than simple sports movie ideas. Director John Hyams and writer Timothy Brady are clearly trying to have some fun paying homage to The Bad News Bears (just look at this film’s poster). Still, it was refreshing to see this film rely less on whether or not the kid can win “the big game,” and instead focus on the various relationships we see form in this film. 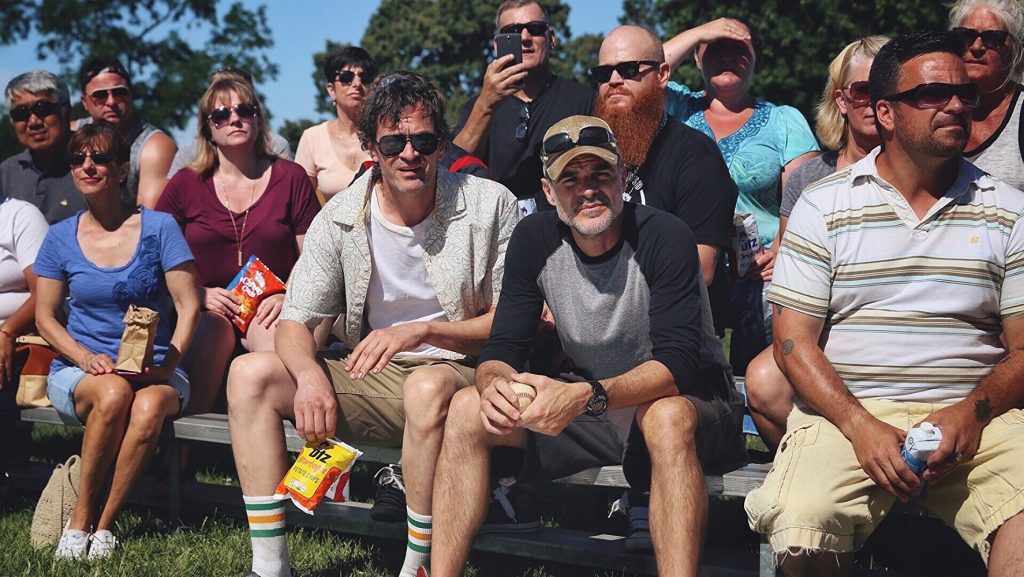 The cast isn’t short on talent either. A lot of other solid character actors step up to the plate, including Josh Lucas, Tom Everett Scott, Yeardley Smith, Harris Yulin, and Isiah Whitlock Jr. It all makes for a reasonably breezy comedy-drama that is a bit leisurely in its pace, but also lived-in. The town has an authentic enough feel, as you get the sense that all of these characters share a history.

That comes through thanks to Kelly as Zibbs. He’s the sort of compelling character that can do bad things, but still be charismatic enough to carry the film. Not unlike Billy Bob Thorton in Bad Santa (or the Bad News Bears remake for that matter), Kelly gets to have fun being at a certain level of bad, but there’s also a lot to like in his friendship with the kid. Whether it comes down to seeing a version of himself being young again or merely wanting to do some good, there’s enough to appreciate about the core connection made in this movie.

While the ins and outs of the life of a bookie only go so far, there’s enough in All Square to make for a solid watch. Kelly delivers in the lead role, and there’s plenty of interactions, humorous or otherwise, to make his character work well as the center of the film. The sports movie aspect is also subverted enough to allow for a fresh take on subject matter. All in all, perhaps not a home run, but All Square is a solid double. 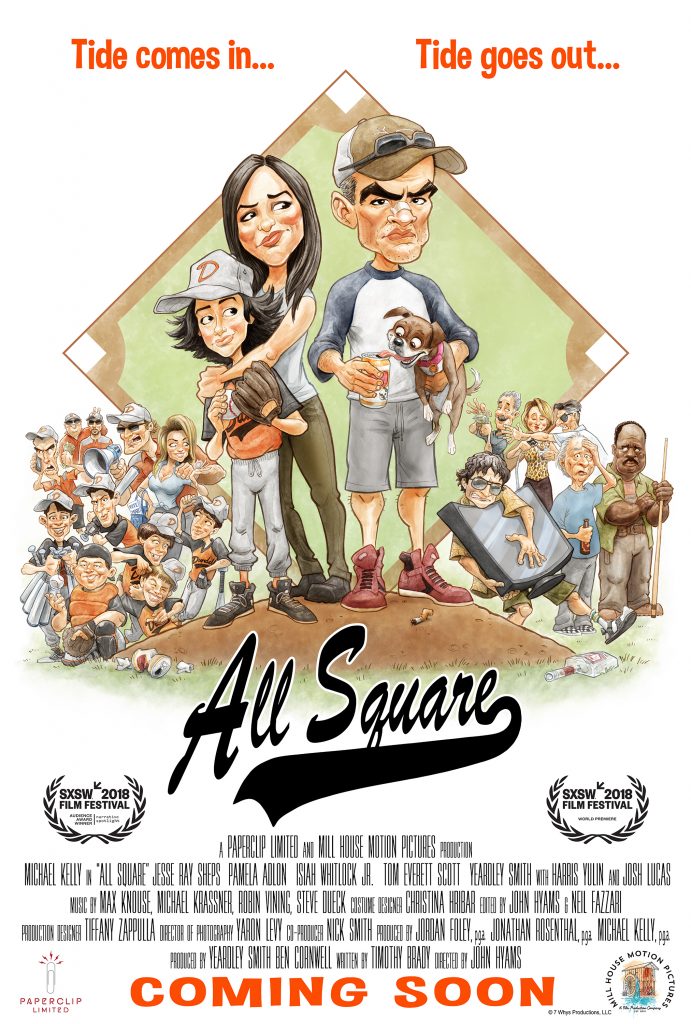