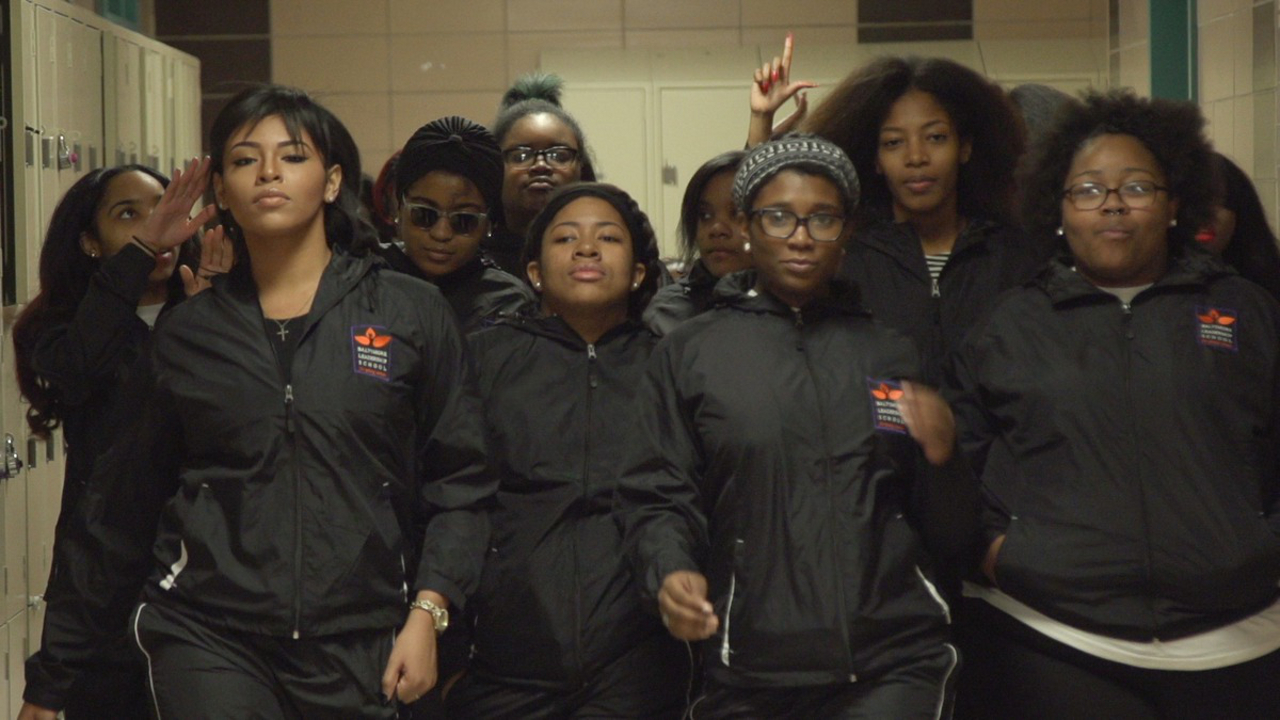 These Girls Definitely Go the Distance in ‘Step’

Amanda Lipitz’ Step arrives at the perfect time when we’re in need of some everyday inspiration. As a Baltimore native, Lipitz made the lens more personal with an examination of her hometown. Step opens coming off the heels of the 2015 death of Freddie Gray, but transforms into a more hopeful display through dance and perseverance.

Step follows the lives of three seniors at Baltimore Leadership School for Young Women (BLSYW). The school’s only been around since 2009 to improve the lives of young African-American women in Baltimore. Throughout the documentary, this soon-to-be inaugural graduating class is preparing for what’s the next step in life. Lipitz examines what it mean to be a young inner-city African American woman transitioning from a poor environment to potential success past high school.

In a way, Step feels like we’re getting two documentaries in one. We dive into the home and academic lives of our three leads, Blessin, Cori and Tayla. Blessin spends more time concentrating on her social life than her studies. And it shows when she brings home poor grades on her report card. Cori’s the intellect of the bunch, eyeing the title of class valedictorian with hopes of being accepted into John Hopkins University. Despite her academic excellence, her family life is less than stellar when her parents get laid off and bills stack up. Last up is Tayla, who’s in the middle and has an overprotective mother.

There’s another side of Step. While attending BLSYW, the three girls partake in the art of step (hence the title). Through calculated choreography, the girls clap, yell and stomp as part of the Lethal Ladies step team. It’s a continuous exercise of empowerment and teamwork. There’s an entire subplot of the Lethal Ladies preparing for the Bowie State step competition. They’ve been there plenty of times, but never come out on top. Their fierce and timely “Black Lives Matter” routine is fueled with insurmountable drive. Still it’s never the key focus of Lipitz’s documentary, playing second to the overall journey of the three girls. Though for the uninitiated of step routines, one may question why this or why that.

Step certainly takes its audience on an emotional roller coaster throughout is 82-minute run time. Along the way there are plenty of setbacks, especially for Blessin, who’s struggling to bring her grades up and gets confrontational in step practice. Examples like that are heartbreaking when coaches and teachers who invested substantial time and effort deal with these type of situations. Those who know these girls the most, refuse to give up on them. Without college in their lives, they will keep drowning in the same predicament again and again.

There is an abundance of passion from Lipitz herself. While a producer on Broadway, this documentary displays a love for the city she grew up in and the people there out to make a difference. For many, there hasn’t been there hasn’t been that much awareness on the subject matter, but it certainly comes across as simply wowing. Baltimore is presented in this duality. While violence may plague the streets, there’s still a uplifting hope that holds strong in the community.

Step reminds its audience that there are young, empowered women who given the opportunity can reach for the stars. In this time, that “never give up” attitude is nothing short of awe-inspiring. For 82 minutes, Lipitz draws us in with such realism and passion that we too can root for them as well.