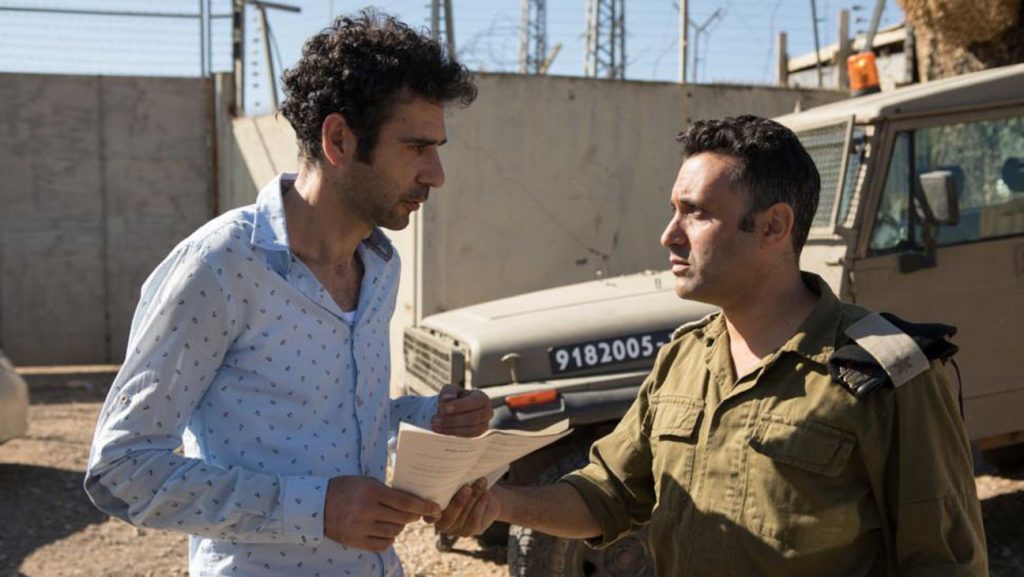 For every political drama or documentary arriving with a perspective on controversial situations, it is nice to have an occasional film serving as counterprogramming. Tel Aviv on Fire is a satirical comedy addressing the tensions between Israelis and Palestinians. The topic is the source of tension for so many that just a mention of it within a particular context can have one doing damage control for months. This film is determined to downplay the divide in favor of mild amusement. Some could say it’s the lack of edge that holds Tel Aviv on Fire back. However, the spirit of the film is so easygoing, and I’m not so sure a dramatic rise in tension belongs in this movie, beyond the fictional soap opera we follow closely.

Set in and around modern-day Jerusalem, Salam (Kais Nashef) is a production assistant on a popular soap opera called “Tel Aviv On Fire.” He’s the nephew of the show’s producer and helps with the Hebrew pronunciation. Having to cross a border checkpoint twice a day, Salam finds himself interrogated by a hard-nosed officer, Asi (Yaniv Biton). In a panic, Salam states he’s a writer on the soap opera, which happens to be Asi’s wife’s favorite show. As Asi is not crazy about how the depiction of Israeli’s on a series he sees as Arab propaganda, he begins pitching ideas to Salam. In turn, Salam uses these ideas to change around storylines, as well as political sympathies within the show.

Leave it to some pressured questioning to add a bit of motivation to Salam. His understated nature helps mask the fact that he’s a slacker looking to impress his ex-girlfriend, Maryam (Maisa Abd Alhady). The idea of this guy going from PA to staff writer thanks to the work of another gave me thoughts of Bullets Over Broadway and Get Shorty. Separated from Hollywood or New York, however, Tel Aviv On Fire works quite well in presenting a unique situation for an area that could use more lighthearted stories targeting a mainstream audience. 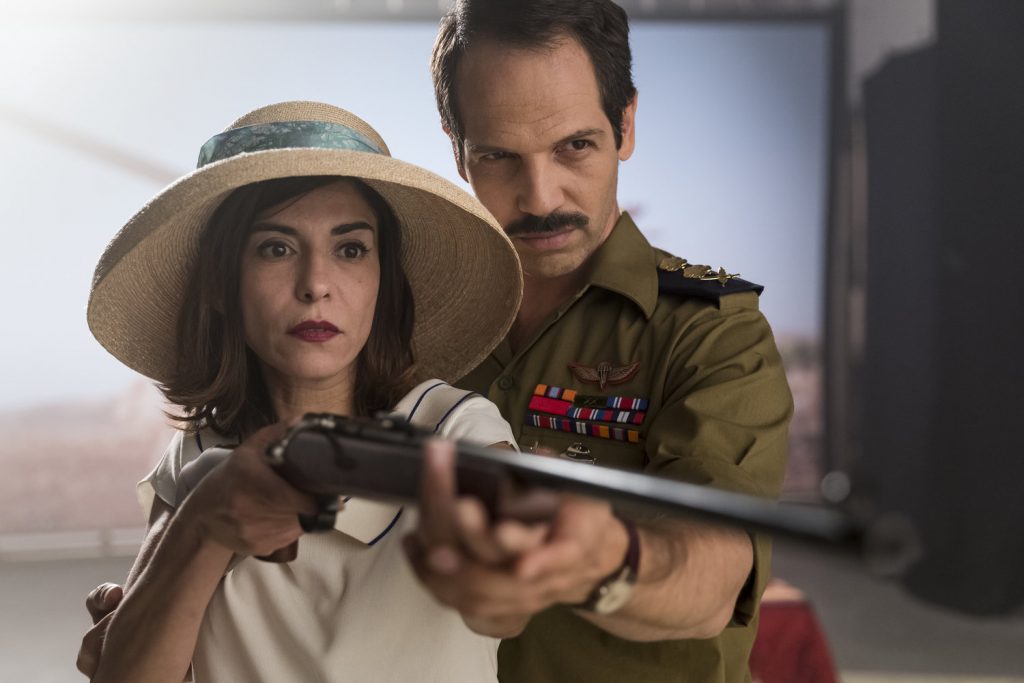 To back up a bit, the fictional soap opera is quite funny. Produced in Ramallah, it’s set before the 1967 Six-Day War, featuring a Palestinian spy (Lubna Azabal) finding forbidden love with her target, an Israeli general. The spy reports back to her revolutionary lover, creating a sordid triangle for soap opera audiences to eat up.

The show has its issues. Right off the bat, Salam questions the use of the word “explosive” as a description for one’s feelings. The writer explains how it has purposeful double meaning. Questioning this script, however, has the actors siding with Salam’s qualms with the dialogue. The drama is undoubtedly exaggerated for the sake of comedy, but I enjoyed the way writer/director Sameh Zoabi built into these kinds of quarrels.

Similarly, Zoabi puts in plenty of other details surrounding the circumstances Salam must deal with outside the show. Asi’s arrangement with Salam to pitch him ideas (and essentially write the show, because Salam is useless as a writer) comes in exchange for hummus. Meanwhile, Asi’s homelife becomes a factor as well, as he debates the merits of the series with his wife while having become a secret contributor. While not as dramatic as the series everyone is consumed by, I don’t think it’s above Zoabi to realize he’s made the real story into a soap opera. 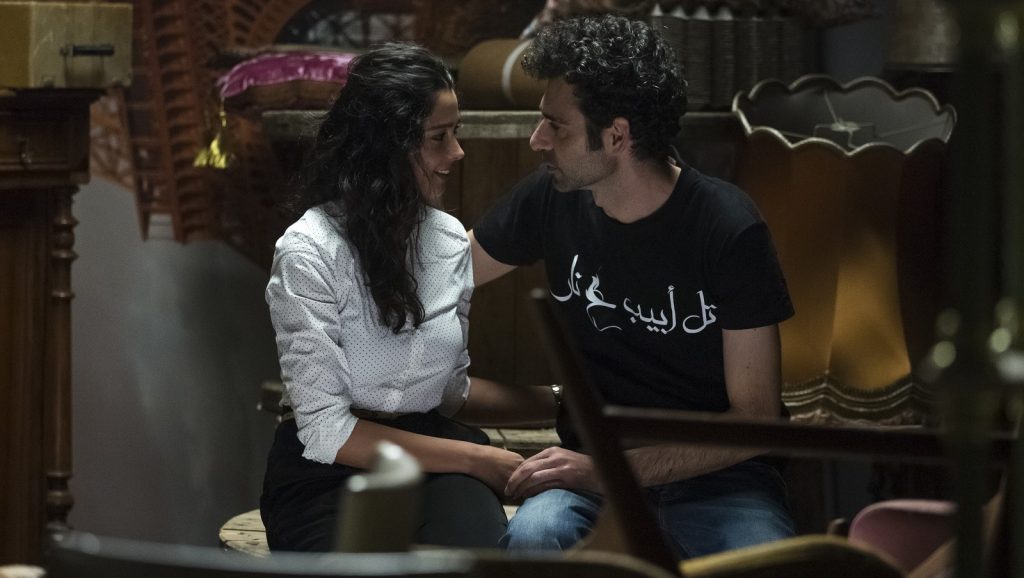 That level of design mainly works because of the film’s tone. Getting into the middle of the Israeli-Palestinian divide is only going to go so far for a movie with aspirations not rising above mild commentary about what’s appropriate for a TV soap opera. However, Tel Aviv On Fire does make the lighthearted drama surrounding these characters work by keeping them grounded as people. The dry deliveries, little asides, and general conversations have an assured quality helping the film work, even when dealing with some of the broader comic concepts.

As a result, Tel Aviv On Fire is about as much a fantasy as “Tel Aviv On Fire.” The grim realities are pushed mainly in the background in favor of something more pleasant. There’s certainly debate between the various stars, as well as those working on the soap opera. In Zoabi’s eyes, however, a movie like this seems to speak to an idealists’ idea for peace. That may not be bringing a significant level of progress, but it at least makes for good comedy. 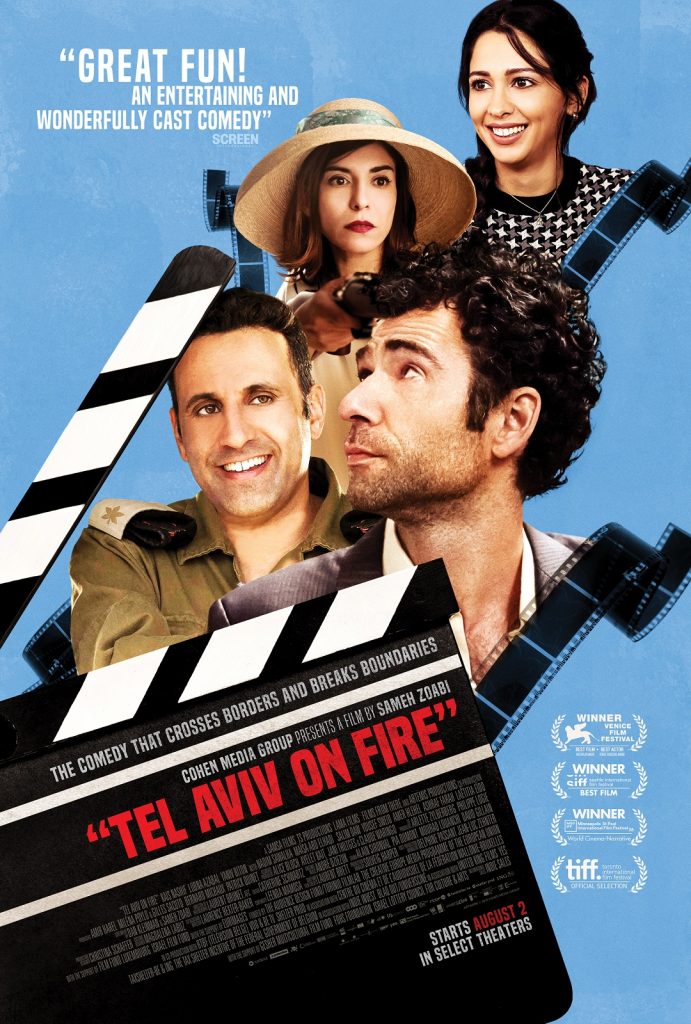