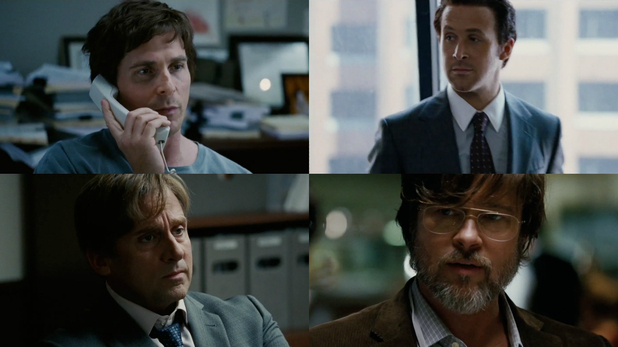 Hot off the heels of directing and co-writing the comedy sequel Anchorman 2: The Legend Continues, Adam McKay was approached by his agent to name the next project he wanted to tackle.  There were no restrictions or limitations; all he had to do was say what his dream project would be.  McKay responded to his agent with one title: The Big Short.  Author Michael Lewis, best known for having his work adapted into films such as Moneyball and The Blind Side, wrote the book that this is based on.  Lewis’ novel followed a group of men who saw that the housing financial market was soon going to collapse, and a lot of lives were going to be affected for the worse.  This economic failure, of course, did end up happening in the form of the financial crisis of 2007-2010.  Dr. Michael Burry, a Rain Man-esque genius with a glass eye saw this predicament beginning to solidify itself all the way back in 2005, and being the insane savant he is he decided to bet against the market.  By creating a credit default swap, Burry invested billions of dollars into betting on something that sounded outlandish at the time, so when everyone else succumbed to the mistakes of egocentric bankers, he profited off of them.  While Burry sat behind his computer desk jamming out to hard rock and being bombarded by threats from his higher-ups while waiting for the market to collapse, a few other men got wind of his plan, and pretty soon they were following in his footsteps to either get rich or die trying.
Movies that involve finance and mathematical statistics typically aren’t made for the mainstream crowd.  In fact, the type of financial related lingo that’s continuously used by the characters is pretty hard to understand for those not involved in Wall Street or the financial business.  Luckily for the typical moviegoer, McKay got this thoroughly and decided to make things more accessible to his audience.  Not only do McKay and his co-writer Charles Randolph explain what a lot of these complicated sounding financial terms mean in an entertaining and easy-to-understand way, but they don’t treat the audience like a bunch of idiots for not knowing what they mean.  Ryan Gosling’s smooth-talking Jarred Vennett role as the film’s narrator makes things easier to understand, along with the use of some cleverly executed celebrity cameos come in as a means of explaining the majority of the financial phrases that may go over the heads of the audience.  Not only are these cameos hilarious when they appear on screen, but they also manage to make the movie a lot more entertaining than one would expect.
Outside of the inventive ways of explaining these complicated terms, McKay and Randolph’s screenplay is absolutely fantastic.  Just like with the cameos, these two craft the story and dialogue in such a way that it makes everything engaging and extremely entertaining.  The dialogue that comes out of the mouths of these characters is sharp, witty, and sometimes poignant.  There’s a scene, in particular, involving Brad Pitt’s Ben Rickert facing the reality of how this bubble’s going to affect the majority of the country that goes from being a supposedly humorous exchange to arguably the single most powerful scene in the entire movie.  It may be hard to believe that the guy who had Will Ferrell rub his nuts on John C. Reilly’s drum set in Step Brothers could write something that one may consider being “powerful” and “moving,” this I understand.  However, sometimes it takes the right project to show that a typical funnyman has a dramatic flair to him that’s been waiting to come out for a while. 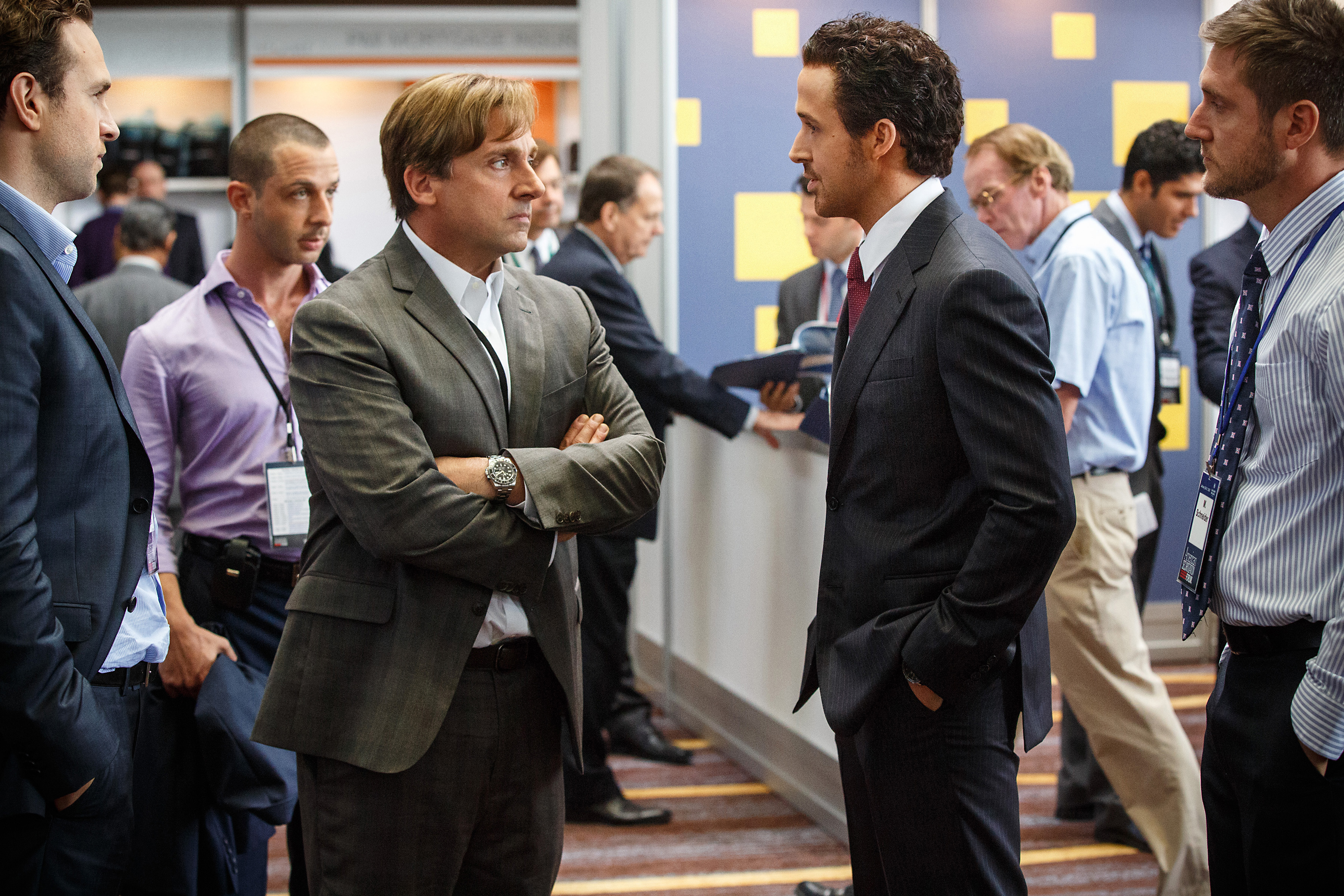 Last year Steve Carell shocked the majority of the world when he portrayed the sinister John du Pont and got nominated for an Oscar for his performance in Bennett Miller’s Foxcatcher.  In this film Carell plays the apprehensive, work-obsessed, yet keen Mark Baum.  Sporting a distinct New York accent, Carell’s Baum is thoroughly engaging and, while kind of an irritating character, is someone that we can’t help but be entertained by.  If Brad Pitt’s powerful moment was just a glimmer of the film’s humanistic qualities, then everything about Carell’s character is the rationalistic side of this movie.  In a way, he is the equivalent to us ordinary individuals being involved with the things happening on screen.  It’s easy to relate to him because he sees how messed up the whole financial system is and how he’s going to be profiting while everyone else is.  I wouldn’t say Carell gave the best performance in the movie, but he does give the deepest and most relatable performance of the central cast members.
As mentioned before, Christian Bale’s Michael Burry is very Rain Man-like regarding the way he acts around people and in the crazy situations he gets himself, and arguably the rest of the film’s subjects, into.  Bale keeps proving that he knows how to not only get the physical look of his characters down but also how to get into the mental mindset of his characters’ personas.  Bale’s performance isn’t being obscure and quirky for the sake of playing an obscure and quirky man.  The actor, as a means of preparation for the role, spent time with the real-life Dr. Burry and studied the way he moved, talked, and interacted with him.  This isn’t some actor’s imitation of a real person, but rather Bale’s brilliant portrayal of a brilliant man who people thought was crazy when he used their money to bet on something that most people thought was going to make them go bankrupt.  Bale is funny, engaging, and incredibly unrecognizable, giving the most transformative and compelling performance in the film.
Brad Pitt is, in a nutshell, playing Brad Pitt, and considering how good he is at doing that, I have nothing bad to say about that.  In fact, there’s nothing more to say about Pitt’s performance in general.  My personal favorite performance of the movie, however, goes to Ryan Gosling’s portrayal of Jarred Vennett.  It could be a biased opinion because of my undying man-crush on the actor, but in a nutshell, this is Gosling channeling his character Jacob Palmer from 2011’s Crazy, Stupid, Love.  Considering he was my favorite character in that film, which also starred Steve Carell and Marisa Tomei (yes, she’s in this movie too, but her role is pretty small), it may come as no surprise that I got attached to his performance the most out of the other actors here.  Gosling is suave, consistently chatty, sarcastic, and just downright hilarious whenever he’s either on screen or when his voice is narrating a scene for us.  I wish Gosling was getting more attention for this role than his co-stars are, but this performance further solidifies him as an actor who, when given the right role and the right material, can work wonders on screen. 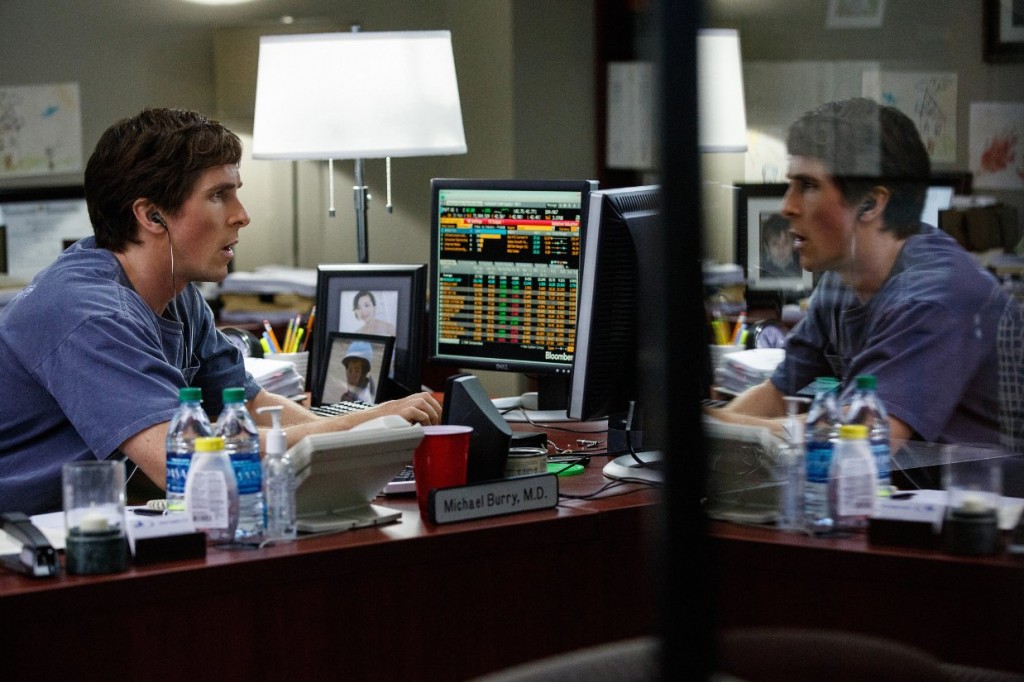 Remember that scene involving Brad Pitt’s character I mentioned a little bit ago?  Well, there were two other characters in that scene who I feel like they deserved to be talked about.  There are three central storylines in the film, and the first two involve Bale in one and Carell’s team with Gosling in another.  The third storyline, involving Pitt’s character, revolves mainly around Jamie Shipley and Charlie Geller, played by Finn Wittrock and John Magaro.  These two are young individuals who happen to stumble upon Burry’s findings and decide that they want a piece of it as well.  Their storyline wasn’t quite as captivating as the others mentioned, but the performances that Wittrock and Magaro give are surprisingly well done.  I haven’t seen Magaro in anything, but I had Wittrock to judge based on a small role in last year’s disappointing Unbroken and, most notably, a rather over-the-top antagonistic role in American Horror Story: Freak Show.  The performances these men give are very strong and down-to-earth, to say the least, making their storyline very enjoyable and integral to the movie as a whole.
It’s easy to pass off McKay as a director because he’s just known for making comedies like the Anchorman films.  Judging his work from this movie, though, I would say this is the first time that I saw McKay’s direction telling a story in a distinct way rather than a man telling a cameraman where to shoot and telling his actors what to do or say.  The way he tells this incredible story is done in a way that makes everything seem fun while also teaching us some rather valuable lessons in the world of financial, from the phrases that are used to the ways that people can mess up on something big without even realizing it before it’s too late.  The way the film is shot, which can easily be compared to the likes of an episode of The Office or Parks and Recreation, allows McKay to give us the full gaze into these incredible storylines.  The editing style of the movie helps McKay to not only tell a terrific overall story, but it also manages to keep the audience engaged and entertained with the story that, at 130 minutes, never once drags in the slightest.
In case you couldn’t tell, I am incredibly impressed with The Big Short.  It is funny, sly, and witty while also managing to be powerful, insightful, and overall a strong piece of filmmaking.  To say Adam McKay has proven himself worthy of praise as a director is an understatement.  To say that the ensemble cast is superb whether they’re on their own or sharing scenes with one another doesn’t even begin to describe how great they are.  The editing, the cinematography, the screenplay, everything about this movie is fan-freaking-tastic.  The best comparison I can make to this film would be The Wolf of Wall Street in regards to the subject matter and the amount of comedy and wit both films have.  Despite that comparison, I have to admit that I found this to be so much stronger than The Wolf of Wall Street.  Not just as an acting piece, sharply written, and expertly directed cinematic work, but just as a fantastic story/cautionary tale for today’s moviegoers.  The Big Short is filmmaking at its purest form.   It was made with crystal clear love and passion behind it, and it’s because of that, along with the attributes attached to said love and passion, that makes this one of 2015’s best and most electrifying films. 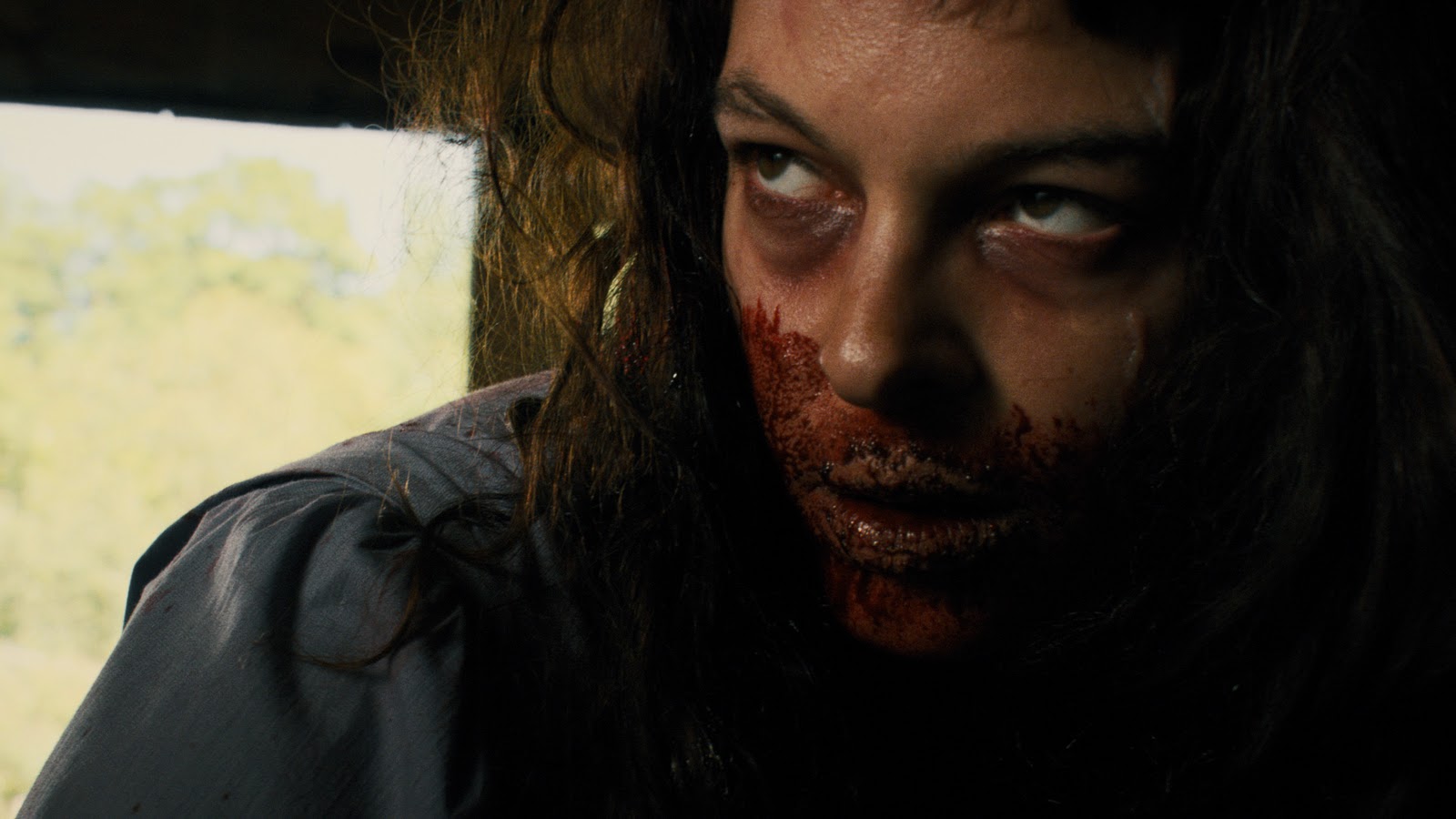 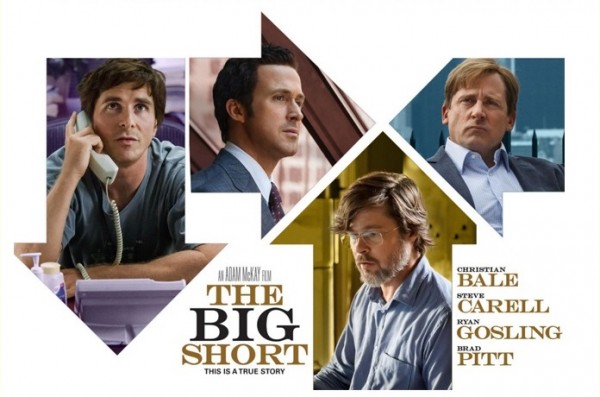 Review: “The Big Short” is a Cinematic Bliss of Pure Insanity.

Hot off the heels of directing and co-writing the comedy sequel Anchorman 2: The Legend Continues, Adam McKay was approached by his agent to name the next project he wanted to tackle.  There were no restrictions or limitations; all he had...
0
Average User Rating
0 votes
Please sign in to rate.