Review: The Emoji Movie is a Big Fat Pile of MEH.

The Emoji Movie takes place inside the text message app in a world known as Textopolis. The film’s story is centered around an Emoji named Gene (T.J. Miller) whose sole purpose is to express the feeling of MEH through text. However, unlike the other Emojis, Gene somehow has the ability to make multiple expressions. The fun supposedly begins when a teenager named Alex texts the girl of his dreams the MEH emoji, but Gene “malfunctions” under pressure and sends another expression instead.  This incorrect expression causes a panic in the Emoji world and Smiler (Maya Rudolph), the original emoji, plans to delete Gene as a way to protect Textopolis. However, Gene has plans of his own and is determined to make things right. With the help of his friends Hi-5 (James Corden) and Jailbreak (Anna Faris), Gene sets out to find his way through the firewall to fix his coding malfunction and prove to everyone in Textopolis that he has what it takes to be MEH.

Even after days after seeing the film, it kind of blows my mind that Sony Pictures Animation has made a film based on Emojis. I guess this film shows that nothing is off limits when it comes to Hollywood and that anything can somehow be made into a feature length film. The Emoji Movie isn’t the worst film of the year but one of the laziest and deeply concerning family films released in recent memory.  I spent the entire 86-minutes wondering why I was watching what I was watching. The film’s message about “finding your path” is as generic as they come. The animation found in the film is colorful yet incredibly basic. The film’s runtime feels oddly long despite being only 86 minutes which includes a Hotel Transylvania short in the beginning of the film.

What makes The Emoji Movie so hard to sit through is that nothing about it is entertaining or amusing. There is no drama to the story and I didn’t laugh or smirk once while watching this film. There are so many companies that have been incorporated into the script as a way to help promote their product or remind audiences to use or buy a certain app or game. Throughout the course of the film, Gene, Hi-5, and Jailbreak have to go through various smartphone apps as they make their way to the firewall.  I get that the characters live in a smartphone, but the blatant product placement was a bit much.

Critics and audience members often complain about product placement in movies, but The Emoji Movie shamelessly doesn’t even try to hide the fact that it is one long commercial for smart phone applications such as Spotify, Youtube, Just Dance, Candy Crush, and Dropbox. The fact that the apps aren’t just suggested but are explained as part of the film’s plot is a bit ridiculous. You can’t help but see the heavy handedness of corporate greed within this film. It is so in your face that I feel like these million dollar companies should be paying people to watch the film rather than asking families to dish out their hard earned money for the price of a movie ticket. I feel like the entire film is spent suggesting various apps to children hoping that they will ask their parents to download them when exiting the theater. 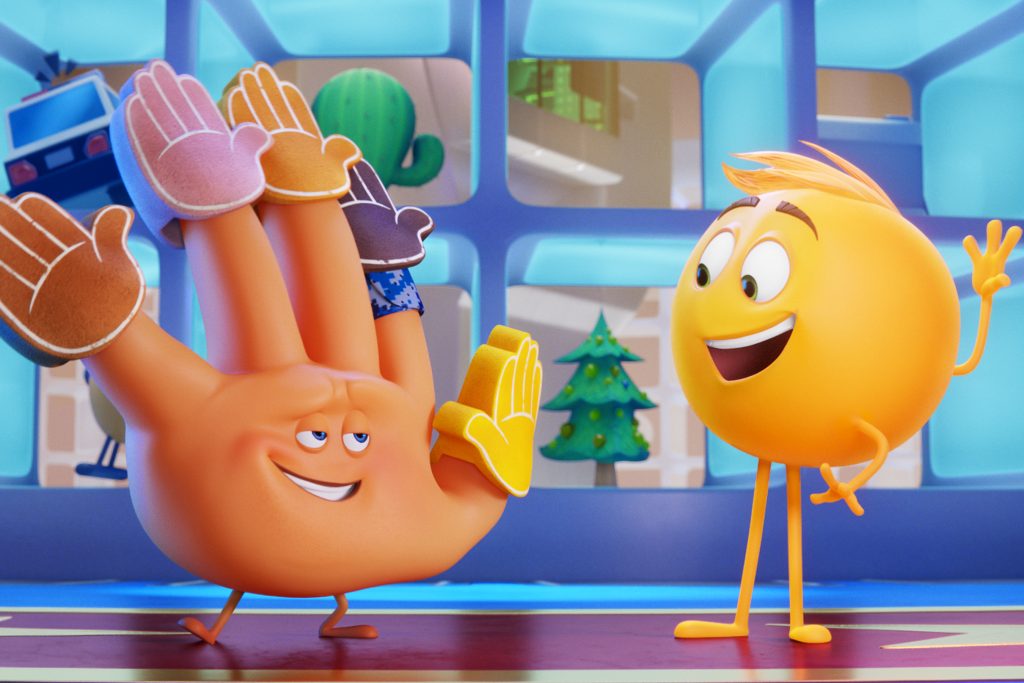 The Emoji Movie has a fairly large voice cast of talented actors voicing a series of one-dimensional characters. The three lead characters are voiced by three very funny comedic actors, but their talents are wasted here. How do you hire James Corden and not have him sing or showcase his vocal range? How do you manage to make Anna Faris unfunny? How do you hire Sir Patrick Stewart and have him voice the Poop emoji and utter such horrendous dialogue such as “just doing my doody?” These are just some of the questions still running through my mind days after seeing this film.

The film’a subplot involving a teenager named Alex is completely unnecessary. In fact, all the human characters serve no purpose whatsoever. It was like the writers were trying to add depth to the story by adding in a human component when the story didn’t need it. I guess one could argue that Alex bringing his phone to a store to be restored helped create fear in the Emoji world but I would beg to differ. Smiler spents most of her screentime trying to hunt down Gene. Smiler is viewed as the villain and came across as such when introduced early on in the film. It is Smiler who sends the anti-virus bots to track Gene down. She works well as the villian and even the children in my audience acknowledged that she was the “bad guy” who was out to get Gene.

I would even go as far to say that the lame teenage characters hurt the story because they aren’t developed or interesting. While Gene, Hi-5, and Jailbreak aren’t compelling characters, they are arguably the only interesting characters in the film. I don’t think anyone, even the youngest of children will care about the teenage characters and their silly problems. The script does absolutely nothing with them other than an attempt to use them as a secondary plot device that ends up being entirely pointless and irrelevant. Why does anyone care if Alex gets to talk to the girl he likes when we don’t know anything about him or her? I truly don’t understand what the writers were thinking or going for.

To make things somehow worse, the lousy dialogue does nothing to make the audience care about any of the characters in the film. The dialogue adds nothing to the story and the characters just seem to say things that are incredibly obvious to everyone. I wish that one of the three writers did something with the script to make the film feel somewhat unique or clever but instead most of the Emoji movie feels like a reject Pixar film. In fact, the Emoji Movie is an odd mix of Tim Burton’s The Nightmare Before Christmas and Toy Story only without the creative storytelling, interesting characters, humor, or heart. Even the character arcs of Gene, Hi-5, and Jailbreak are just as generic as the story being told. 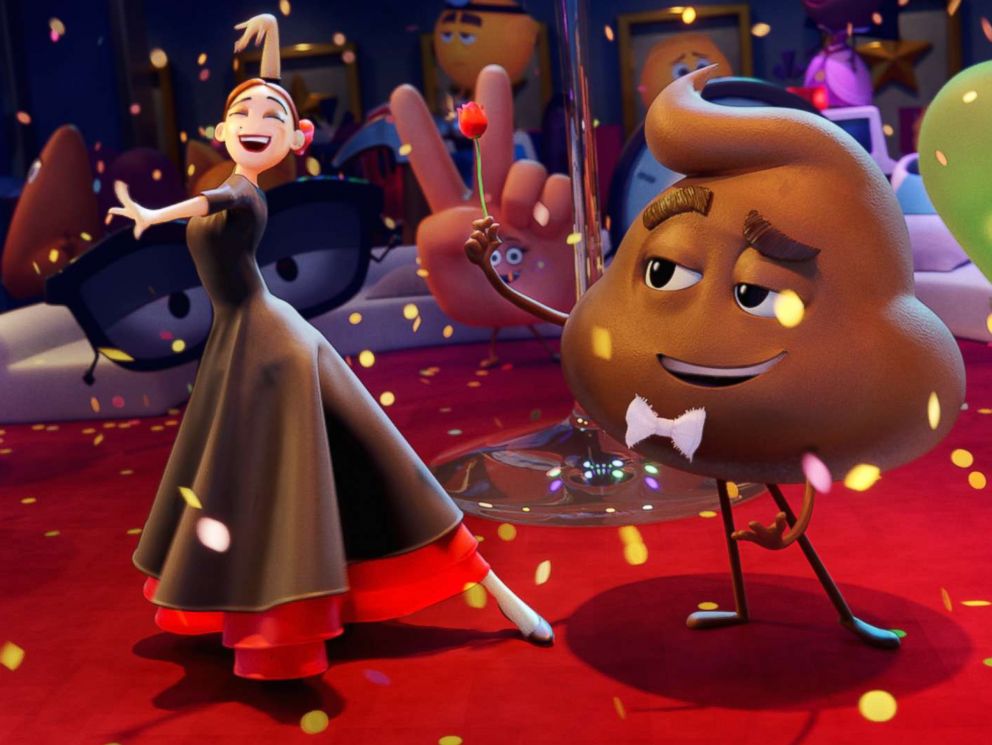 The Emoji Movie is MEH and should be avoided at all costs. Parents and children deserve so much more than anything that can be found within this film. While it isn’t the worst film of the year, it is easily one of the laziest films ever released by a major studio. The Emoji Movie is all about brandwashing children into wanting smartphones and buying apps at a young age. I can’t believe that Sony has sunk this low to create a film that works better as a 86 minute advertisement than an actual piece of family entertainment. There is nothing that stands out about the Emoji Movie and it is hard to see any reason for its existence other than corporate greed. The Emoji Movie should not be supported because it celebrates lazy filmmaking, bad storytelling, and materialism. This film should not be shown to children but instead, serve as a wakeup call to parents. This isn’t family entertainment but rather corporate greed disguised as a family film.

Scott “Movie Man” Menzel’s rating for The Emoji Movie is a 3 out of 10. 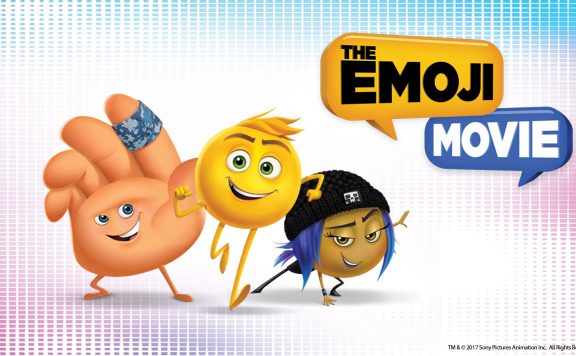