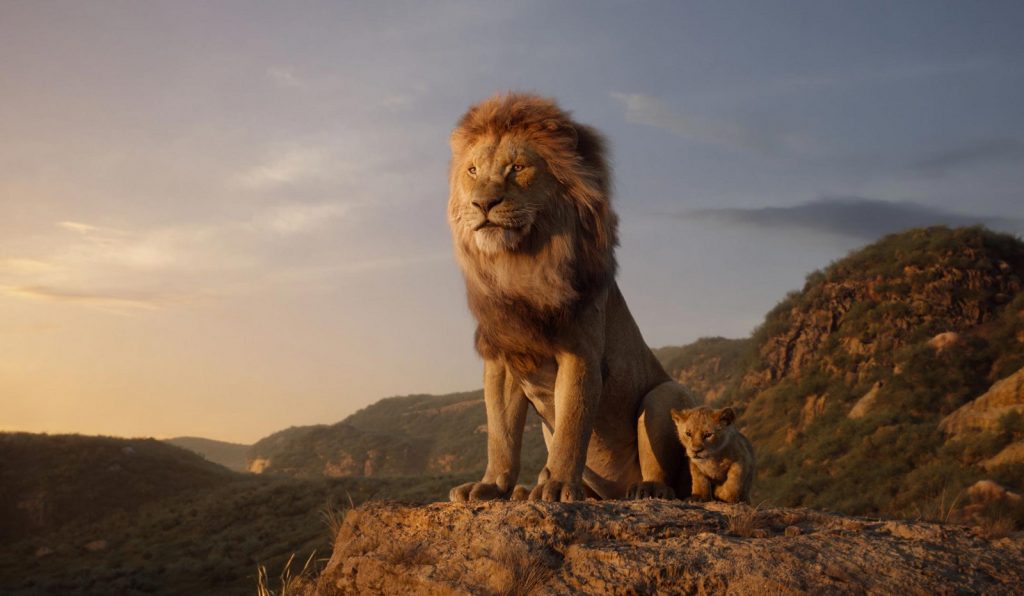 One thing is certain with this 2019 update of The Lion King; director Jon Favreau spared no expense. Following the massive success of 2016’s The Jungle Book (a film that cost north of $175 million), it appears Favreau was given all the money in the world to replicate his process for a CGI adaptation of the 1994 animated classic. The resulting film rightfully stands out in terms of its visuals. The photorealistic approach has allowed for a feature that could easily be confused for a stunning nature documentary, were it not for the talking and singing animals. And yet, for all the work that went into bringing an animated African savanna to “life,” this Lion King lacks heart.

Ever since the initial announcement, the prospect of a new Lion King film, following in the footsteps of these other (mostly lucrative) Disney remakes has made me apprehensive. Regardless of my adoration for the original Oscar-winning feature, I couldn’t fathom a real point in telling this story again, beyond the potential profit to be had for the studio.

The others have similarly little real purpose, but I can see the benefit. Whether it’s the increased female empowerment found in Cinderella and Beauty and the Beast, the chance to cast non-white, region-specific leads in Aladdin, or letting Tim Burton connect with more outcast characters in Dumbo, those feel like attempts to make real choices. I’m not sure where the through line is for The Lion King. 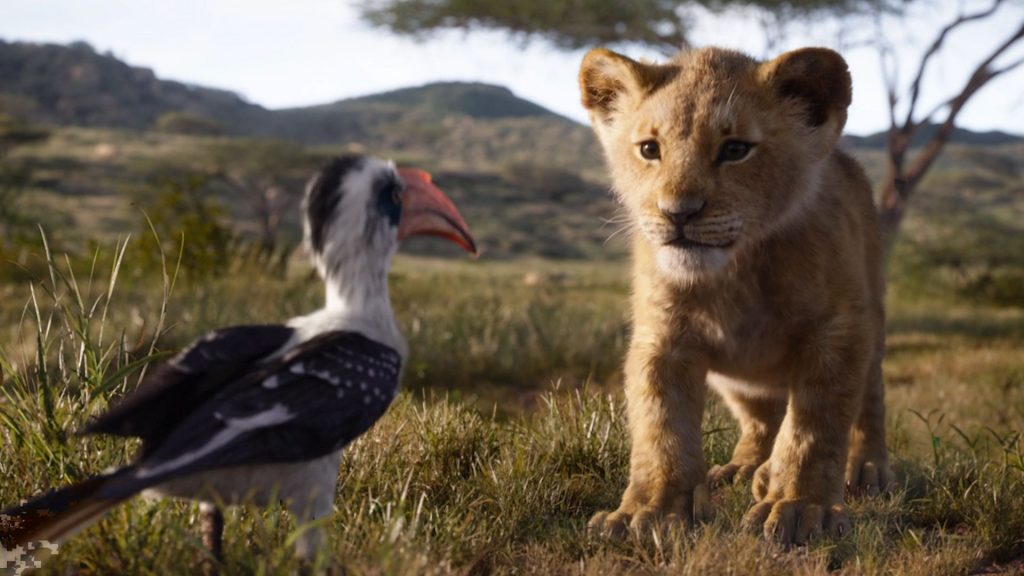 I’m a fan of Favreau as an actor and filmmaker, but it’s not as though he has been building up to making this movie. The best I could say is his enthusiasm towards being a part of something unique for its time with The Jungle Book allowed him to think, “Why not?” when it came to an offer like this one. Were there to be a filmmaker more attuned to melding the film with African culture, or an attempt to somehow fuse the massively successful Broadway show with the production, that would at least help this movie stand out as more than a costly nostalgic look backward.

As it stands, The Lion King brings nothing thematically or culturally new to this story. Granted, it now has a mostly black ensemble cast of high-profile actors, but it still feels like a hollow experience. The choice to move on from a heightened visual approach as seen in the original feature or even The Jungle Book has led to a film with plenty of lions and other animals that look no different than what one would see on safari but also offer nothing in the way of emotion.

The story is unchanged. Simba (JD McCrary as a child, Donald Glover as an adult) is the son of Mufasa (a returning James Earl Jones) and destined to be king of the Pride Lands. Mufasa’s treacherous brother, Scar (Chiwetel Ejiofor), has his own desires for the throne, which eventually forces Simba into exile. Despite finding joy in leading a meaningless life with Timon and Pumbaa (Billy Eichner and Seth Rogen), Simba will reckon with his past and go after what is rightfully his. 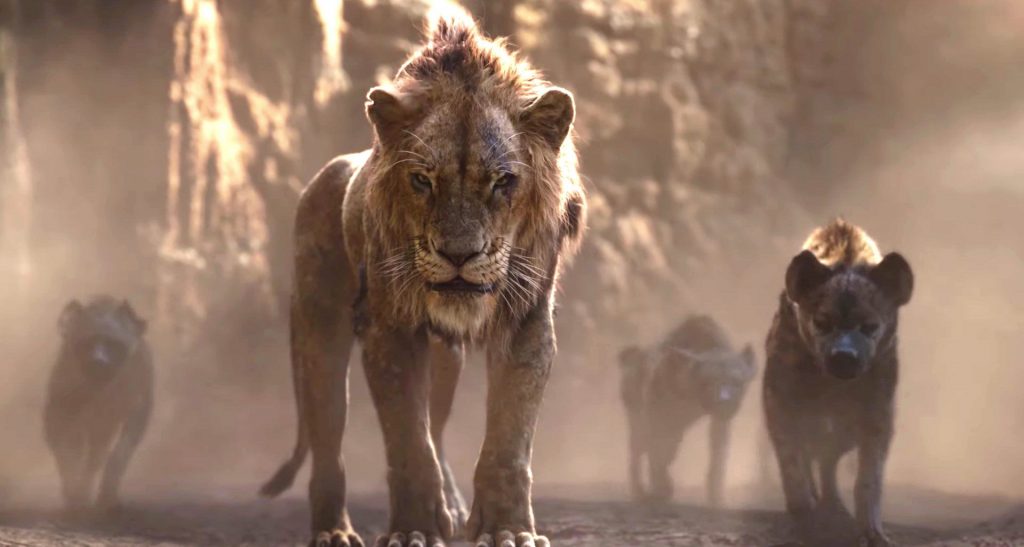 At 118 minutes (compared to the 88-minute original), the film is longer, but much like Aladdin, it’s once again easy to see just how efficient an animated movie can be in stripping itself down to what’s needed to create a satisfying experience. Some added elements to expand on Scar’s motivation and give Nala (Beyonce Knowles-Carter) more to do are not huge detractions, though the additional padding only further highlights what’s missing.

Having another chance to hear Hans Zimmer’s Oscar-winning score, let alone all of these songs, in a cinematic setting may leave an impact, but once these animals start talking, it is easy to feel what has been lost. Gone is the Shakespearean drama that came out through the expressions of the animals and visual choices made possible by animation. In its place, we have creatures with disembodied voices that create a weird effect given how “real” everything seems.

Not helping is how much the actors seem to be downplaying their emotions, save for the comic relief characters. There’s perhaps something to be said for the nobility of the characters and how to represent that within a pride of lions and those associated. However, The Lion King did not originally find success through subtlety, as it’s a very vivid and expressive feature. 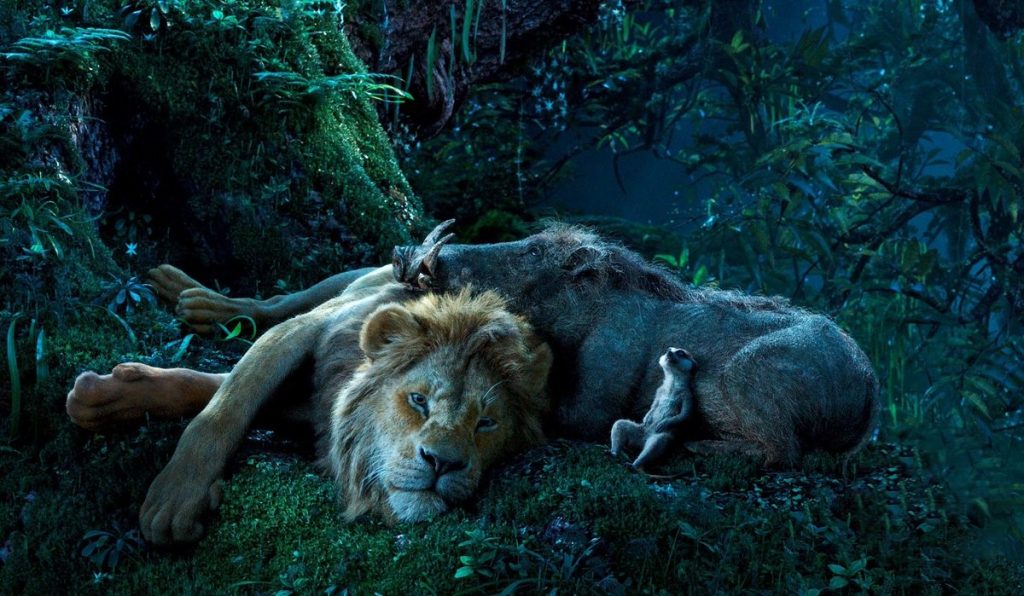 It should be noted that the look of world changes when leaving the Pride Lands. Once Timon and Pumbaa enter, the animation seems to move down a broader path. I can understand this choice. The comedic angle can help everyone loosen up, which means ungrasping from the stunning recreations of Mufasa’s land. I only wish this Lion King had maintained that level of energy throughout. Whether it’s dealing with the coming-of-age story between Simba and Mufasa, the threat of Scar and the hyenas, or the redemption arc an older Simba faces, a film like this shouldn’t feel so dramatically inert.

Thinking back to the film’s purpose; beyond the profitability of making The Lion King for today’s audience, I can see something coming out of the visual approach. The Moving Picture Company is the lead visual effects company, and their work is, without question, astonishing. If having Disney provide full support and funding behind the further development of their technology will allow for future films too look as good, I can understand first implementing the work with something guaranteed to make a profit. However, while there is a true craft to admire in watching the movements of lions, warthogs, meerkats, hyenas, giraffes, rhinoceroses, and elephants, there’s little here to show 2019’s The Lion King as a timeless tale.

Where the hand-drawn film will continually stand out thanks to its visual approach, this version will show signs of its age down the line. It’s especially notable due to the choices made by Favreau and cinematographer Caleb Deschanel to replicate very specific shots. The moments that truly shine, from an artistic standpoint, are silent montages, scenes devoid of dialogue, letting the music bring you in. 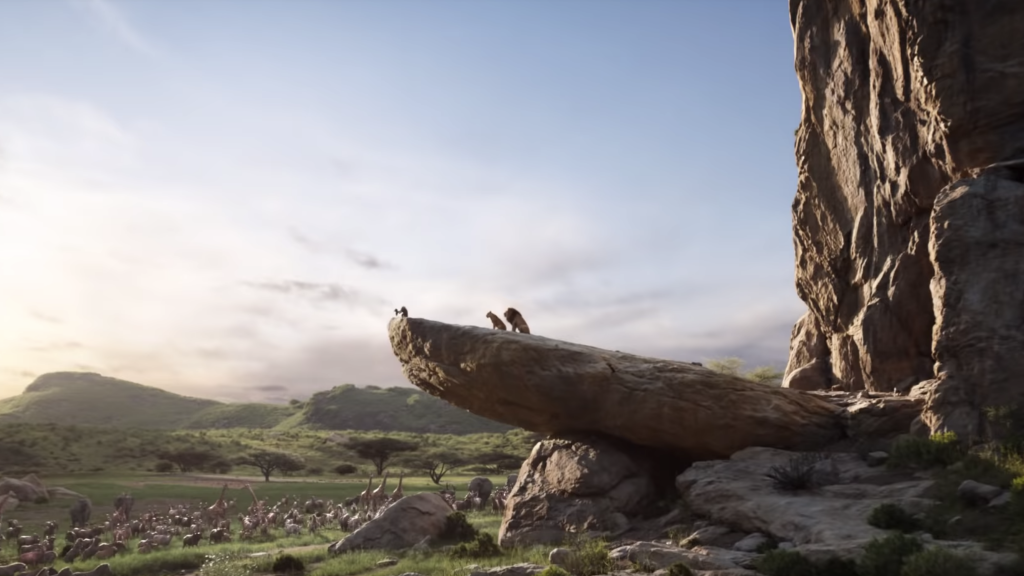 This is why the opening sequence, featuring the iconic song, “Circle of Life,” continues to be a standout. Another sequence, bridging the two halves of the film by allowing us to watch some of Simba’s hair travel across the lands, stands out as well. Were The Lion King devoted to using the original as a strong launching point, perhaps there would be more to praise outside of the pseudo-realism that will only further stop big-budget filmmakers from thinking outside the VR box.

Curiosity factor aside, there’s not much to The Lion King that warrants multiple viewings. While this film is as destined to fill multiple Scrooge McDuck Money Bins as Simba is to be king, there’s little value to be found. Some will grow up with this film, while parents may find it to be a substitute for a movie they’ve seen plenty, and others will simply grasp onto the nostalgic value of watching the original Lion King in a new way. Still, all the fancy imagery can’t make up for lack of actual progress when it comes to cinema, or even emotion when taking in these bland vocal performances. The Lion King may present a shiny new era for visual effects, but be prepared to feel less than you have before. This film may be the largest endeavor for these Disney remakes, but with at least a few more on the horizon, I’m left with some worries. 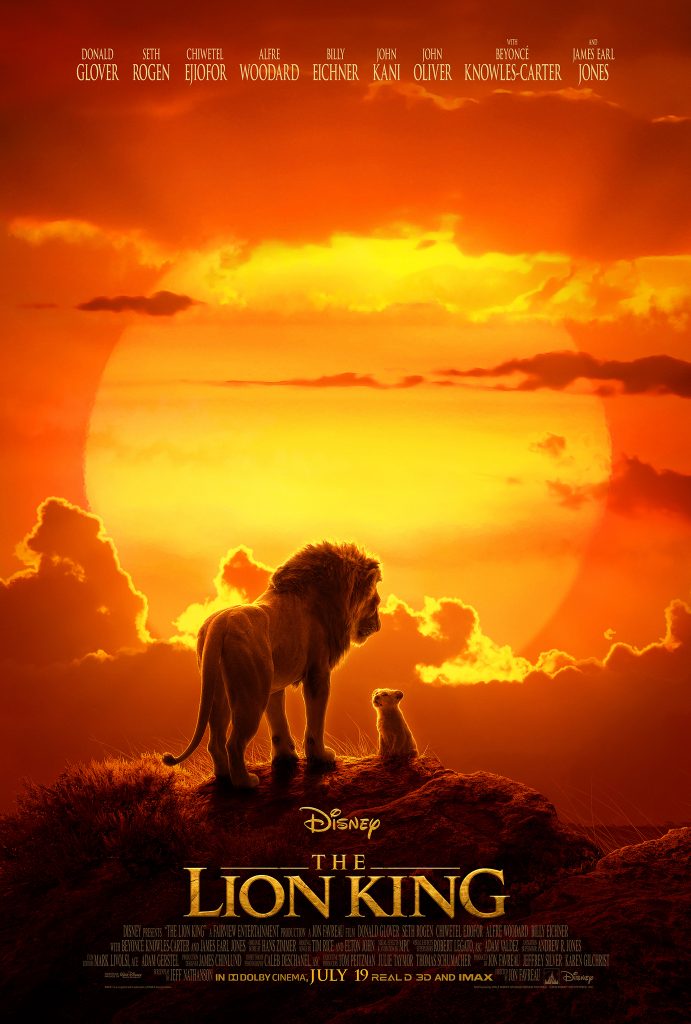 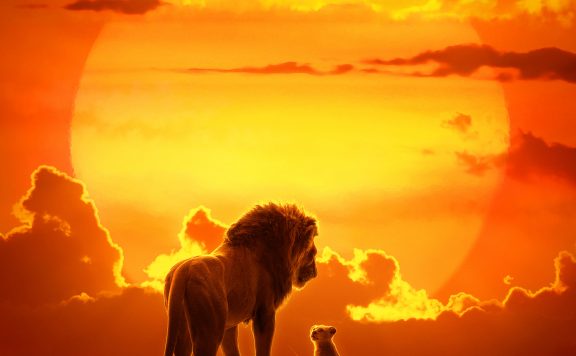 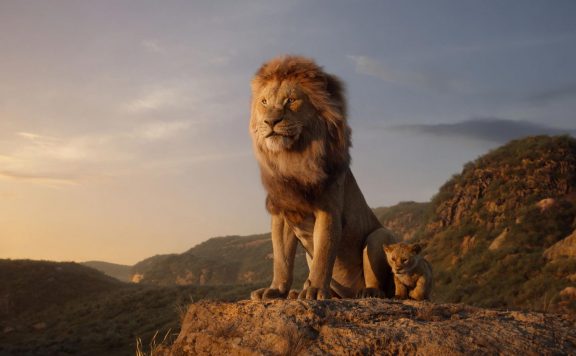