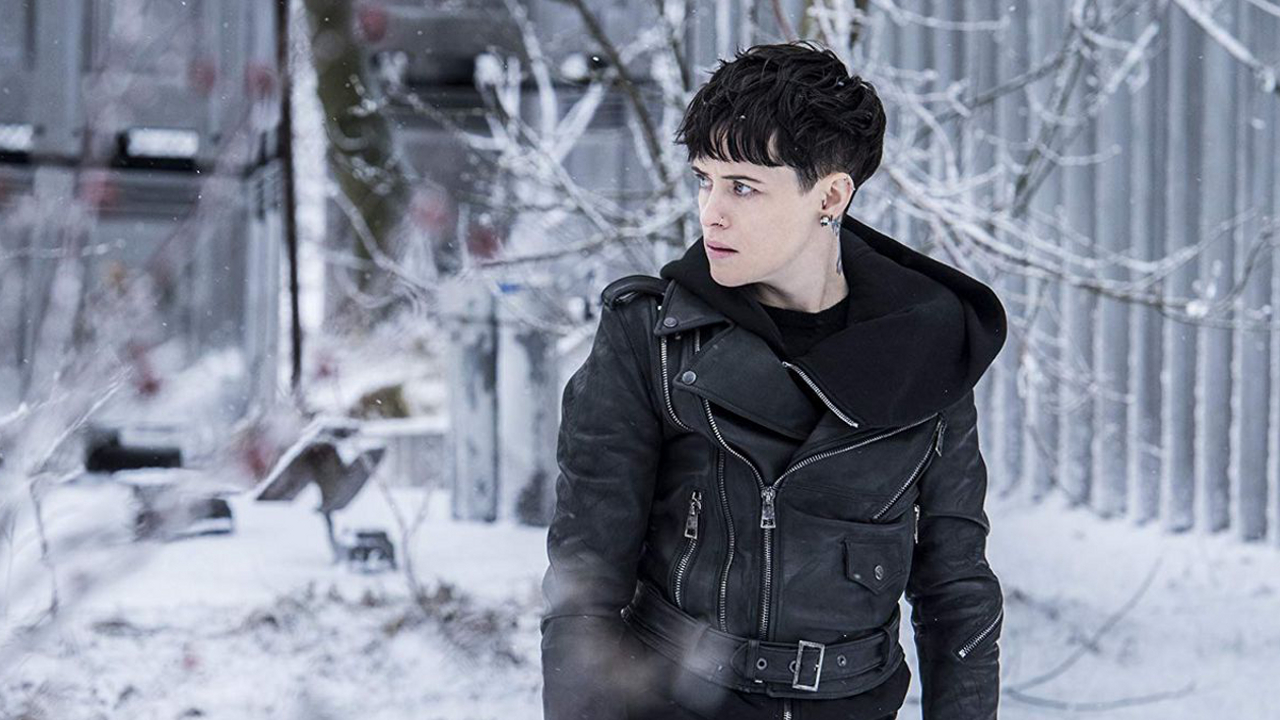 The Millennium trilogy, based on Steig Larrson’s crime series, is perhaps one of most riveting gems to come out of Sweden in the past decade. Back in late 2011, acclaimed director tried his hand at remaking The Girl with the Dragon Tattoo, starring Rooney Mara and Daniel Craig. Despite favorable reception and a respectable theatrical turnout, the Americanized trilogy was never fully realized. With a new vision in place, Sony is attempting to reboot the series once again with The Girl in the Spider’s Web.

Filling the shoes of Noomi Rapace and Rooney Mara, Claire Foy (The Crown, First Man) tries her hand at bringing the antisocial hacker, Lisbeth Salander to life. Lisbeth finds herself in the middle of an international game of hot potato over Firefall, nuclear codes that could spell the start of World War III. To be perfectly honest, Firefall serves more for a fun MacGuffin than any sort of imminent threat against humanity. Everyone and their mother is after the Firefall codes. Creator Frans (Stephen Merchant), NSA agent Edwin Needham (LaKeith Stanfield) and a ruthless crime syndicate known as the Spiders vie for the coveted codes for nearly two hours.

Unless previous installments, The Girl in the Spider’s Web plays out more along the lines of an action thriller rather than an enticing mystery. If The Girl in the Spider’s Web desired so much to be Lisbeth Salander 007 or “Millennium: Impossible” for that matter, it certainly wasn’t doing a good job at hiding it. In addition, one of the novel’s most enticing twists enter the film headfirst within the film’s opening scenes. It’s not flashing its lights with importance, but the decision to reveal information up front softens any twists and turns up ahead. Director Fede Álvarez (Evil Dead, Don’t Breathe) chooses the fun action tropes over a riveting mystery that pulls back clue by clue. Yes, The Girl in the Spider’s Web is a soft reboot, but automatically assumes you’ve seen every other Salander mystery beforehand. It’s not a bad idea either.

Foy ends up being a serviceable Salander. Die-hards of Larrson’s original series as well as the two follow-ups by David Lagercrantz can ultimately choose between Rapace, Mara or Foy as their preferred Lisbeth. Like her roles in The Crown and First Man, Foy selects a character feels empowered. In this case, she’s an unorthodox savior of the innocent. The Girl in the Spider’s Web boasts a stellar ensemble that might not be up for a reunion in a theatrical version of “The Girl Who Takes an Eye for an Eye.” LaKeith Stanfield (Sorry to Bother You), Vicky Krieps (Phantom Thread) and Stephen Merchant (Logan) all lend their talents to a strong ensemble cast. Blade Runner 2049’s Sylvia Hoeks is a creepy figure from Salander’s past. Though her villainy shouldn’t come a stretch after a excellent performance last year as Jared Leto’s futuristic henchwoman, Luv. Sverrir Gudnason is an acceptable addition as Millennium journalist, Mikael Blomkvist. He offers support to Lisbeth, while deferring the lead to her.

While The Girl in the Spider’s Web is adequate, it never pulls the trigger on expanding the seedy criminal investigations of the Millennium series further than it wants to. At least Fincher’s 2011 adaptation had the potential to go the distance. Álvarez and Sony seem content with a singular return to the lives of Salander and Blomkvist. The stakes at hand come off as very underplayed. Those decisions stem from the screenplay co-written by Jay Basu, Fede Álvarez and Steven Knight. Lisbeth has little time to analyze or put that beautiful brain to work throughout the film’s run time. Though, young August (Christopher Convery) gets caught up in the plot and his prodigious talents are put to the test. He could be a little Lisbeth Salander in the making. We’ll just have to forget the dragon tattoo, the raven hair and the piercings before making that assumption.

With two attempts made so far, one continue to ponder why the Millennium series has failed in its franchise revitalization. Despite toning down the overuse of violence and plotting from previous installments, there continues to be a disconnect with these Sony adaptations. The Girl in the Spider’s Web has its fair share of moments, albeit some identity issues which questions its future.

Review: ‘The Girl in the Spider’s Web’ Reboots as Lisbeth Salander’s ‘Millennium: Impossible’