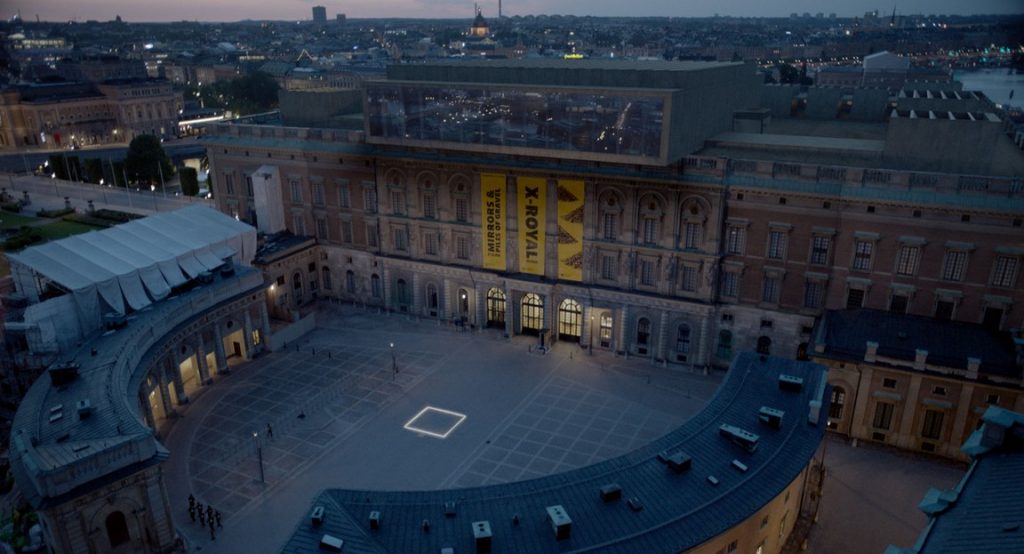 I tend to have trouble with modern art, specifically symbolic sculptures and performance pieces. It is not due to a lack of admiration for an artists’ choice of expression, but the importance often evades me when it comes to a rich appreciation. Ruben Ostlund, writer/director of The Square, seems determined give people like me something to think about, let alone have fun satirizing those a part of this culture. Ostlund is no stranger to this world, as he has contributed to the world of contemporary art and his film most certainly holds a level of respect for the artists, even if the choice is made to find plenty of awkward laughs in the midst of many uncomfortable situations.

The story involves the life of Christian (Claes Bang), a curator whose life is tested by some events that all seem to revolve around the latest installation piece at an art museum. A pretentious interview with a journalist (Elisabeth Moss) sets the tone and clues the audience into who Christian is. The man thinks a great deal of himself, as he appears to love the respect he is given by all thanks to his presence in the art community. However, the scene following the interview shows an accident occur during the installation of The Square, a somewhat innocuous art piece, which casts a foreboding shadow over where things will be headed during the next several days.

Handling the tone of a film like this is tricky business. Ostlund, however, is game to make this sprawling and episodic satire work the best way he sees fit. His previous film, Force Majeure, was a critical hit that did well by telling a focused story surrounding one man’s ego and masculinity being called into question after a cowardly act. It found subtle humor in its dramatic scenario and was all the better for its impressive visuals of a French ski resort. The Square returns Ostlund to his home of Sweden and finds its intrigue in multiple personal trials for Christian. 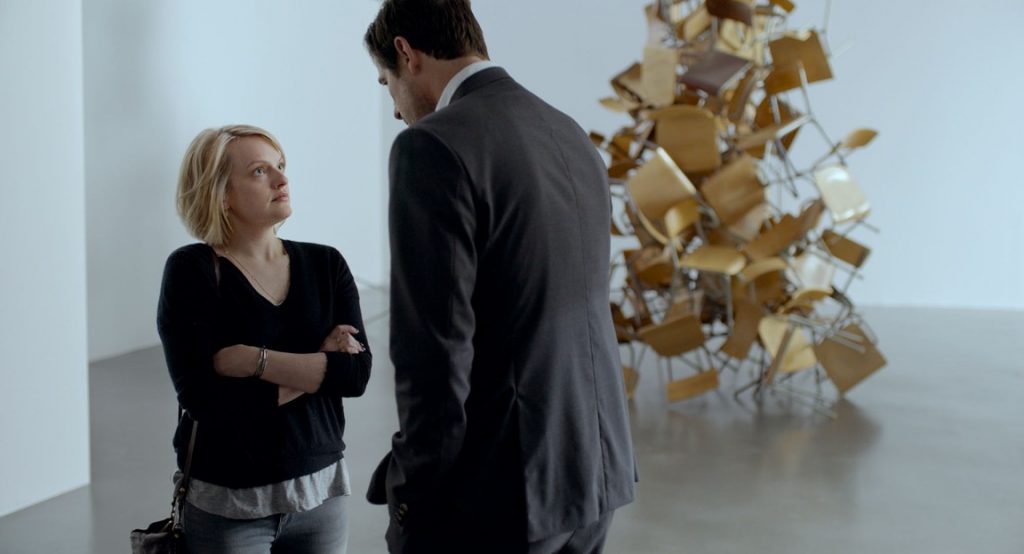 Having won the Palme d’Or, I was curious to see what Ostlund’s efforts resulted in this time around. The use of cringe-comedy tends to work for me but would a film centered around a museum curator have enough to work with for nearly two-and-a-half hours? It does and manages to accomplish this by wonderfully building multiple ideas on top of each other. If Force Majeure managed to create a great story out of a single moment in time that lasted seconds, then The Square feels like a much-expanded effort to capitalize on uncomfortable situations and awkward interactions.

Films like these tend to feel very mannered, which also adds to the value of the humor found in them. Characters try so hard not to see themselves embarrassed that it only increases the resulting chaos. This provides Bang a lot to work with as Christian. Despite his ego, the film continually goes about lowering him to ridiculous points, even as he attempts to hold onto what he considers his integrity. Christian is robbed of his cell phone and wallet early on in the film, and the actions he takes to get it back are both funny and sad. A one-night stand with Moss’ character leads to awkward interactions later on that speak to how oblivious Christian is and the skills of improvisation that both actors possess. 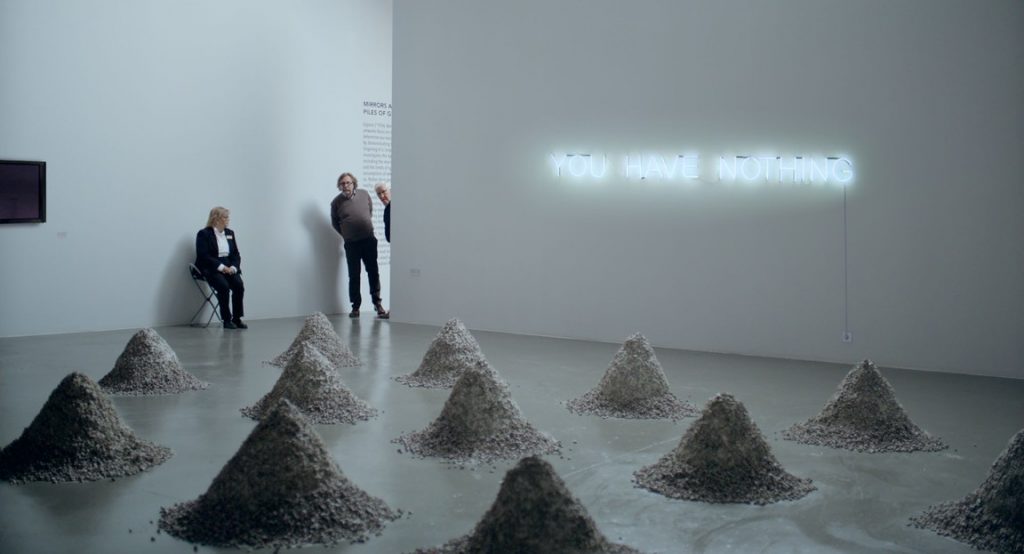 Beyond Christian, the film has a wicked sense of humor as far as its portrayal of the art museum. Repeated shots of various exhibits build up to forms of punchlines, such as a section of the gallery that features multiple mounds of dirt separated into little hills. The film’s centerpiece sequence, as far as the art world is concerned, focuses on motion capture performance artist Terry Notary (famous for the new Planet of the Apes films), who confronts a crowded room of wealthy dinner guests with his act as an ape. There will no doubt be apprehension to the portrayal and results of certain scenes, but that also speaks to the nature of art itself.

The Square may not have me suddenly pining to experience more art of this nature, but it does capture a mood. It dares the audience to look at these exhibits and not laugh, while never casting judgement on the art either. Instead, the focus is on Christian and whether or not he is worthy of his status. That could be seen as intensely dramatic were it not for Ostlund’s deft hand in constructing this film almost as if it was Sweden’s answer to Curb Your Enthusiasm. The Square is carefully composed of ways to skewer artists and Swedish culture, and it manages to be very funny in the process. 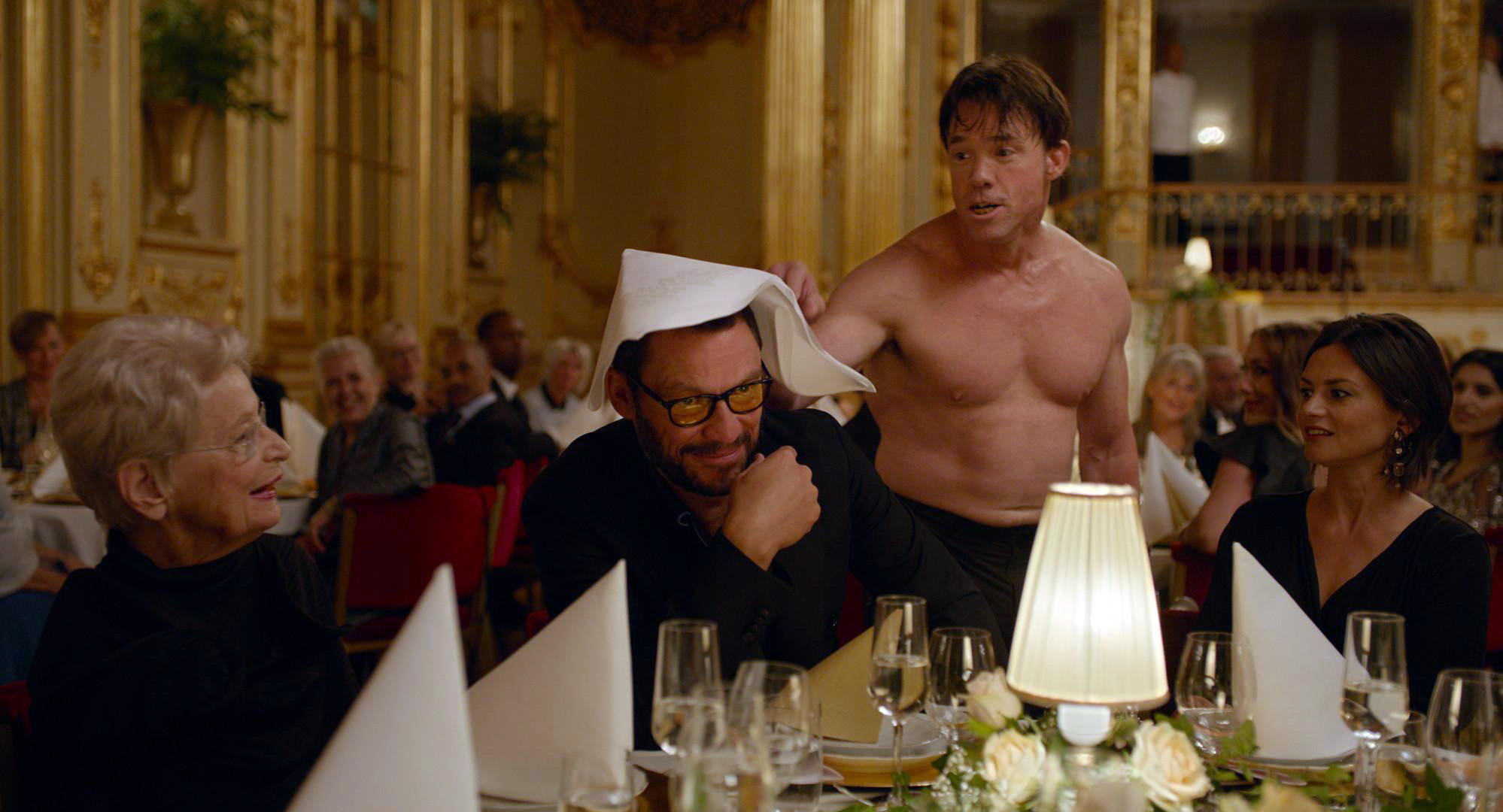