In a year that has shown us many super-powered people causing varying levels of destruction, Thelma scales things back considerable. This is a coming-of-age story relying on how a young girl’s unusual powers serve as a metaphor for growing up into the person they were born to be. The results are affecting enough thanks to some strong performances and a haunting visual style. It may be familiar concerning concepts, but the presentation is not easy to ignore.

Eili Harboe stars as Thelma, a Norwegian student who has just moved out on her own to Oslo for college. She’s an introvert, quiet and observant. Thelma comes from a religious household, though her experiences in the real world on her own trigger things that may have been a part of her life since a young age. This thought is pushed to its limits as Thelma soon finds odd things happening around her, the more emotionally invested she gets in new situations.

A different world would see films like Thelma function as the plot for some X-Men movies. This works as the sort of origin story many would be happy to see for a limited number of characters, rather than the big team-up films that have tended to run into problems. The story of a young girl realizing her special abilities has all the makings of a film fit for today’s blockbuster culture while being restrained enough to stay character-focused. 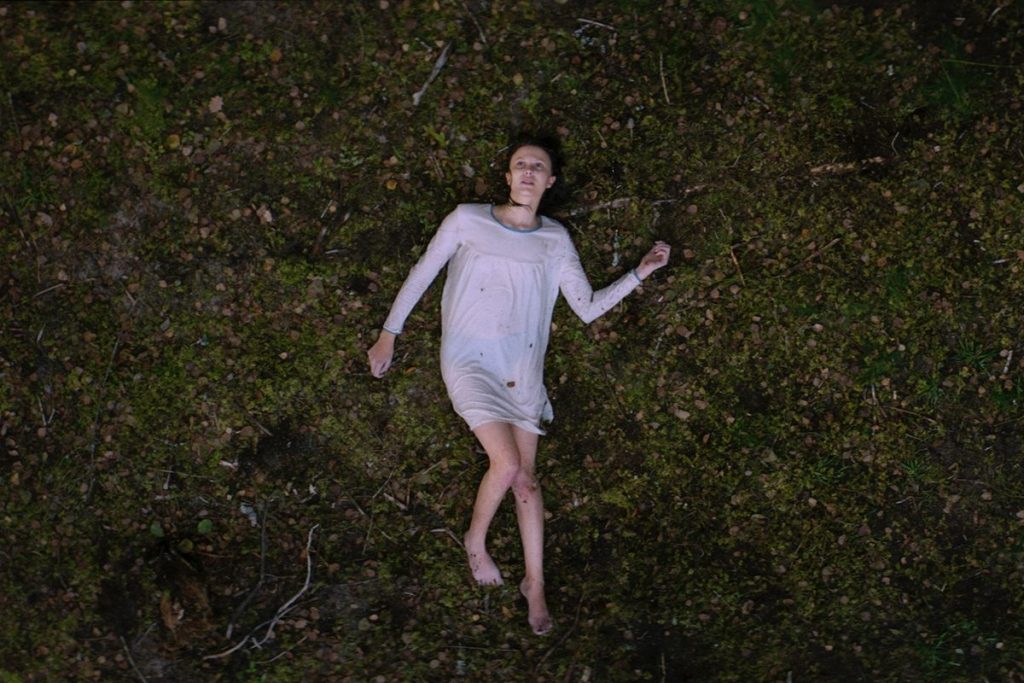 However, Thelma is not a big mainstream film. It is an odd, slow-paced drama with little room for humor. Director Joachim Trier (Oslo, August 31st) and co-writer Eskil Vogt are proud to champion atmosphere and measured pacing over anything else here. It is aided by a committed and emotional performance by Harboe, and functions as a showcase for her talents as a dramatic actress as opposed to a young action heroine. Not that it is supposed to either, but compared to something like Sweden’s Let the Right One In, another slow-paced Scandinavian film about a young vampire girl and the boy she befriends, Thelma is even less inclined to focus on the supernatural aspects of its story any more than it needs to.

It’s more about the awakening a character has after a forced amount of repression. Thelma’s mother and father (Ellen Dorrit Petersen and Henrik Rafaelsen) play a significant role in the film, acting like parents who have a level of concern but also sheltered their daughter from life to a point. There are reasons for this that the film delves into, but I won’t spoil why. It makes for an interesting dynamic, as we naturally want the lead character to be free but can also see some understanding surrounding possible danger.

This in mind, being free means Thelma can explore who she is, which comes mainly in the form of a kinship she develops with Anja (Kaya Wilins). Never going overboard with how this plays out, the concept of two people finding each other is explored here in ways that speak to the independence people are after to discover who they are after having so many outside forces trying to instruct them from different angles on what is the correct way to live.

The journey is not easy, as Thelma’s powers intensify as the film goes on, leading to some testing sequences that allow cinematographer Jakob Ihre to mess with expectations. Some imagery involving animals leaves an impact, but the use of flickering lights and the sound design, as a whole, really builds up the film’s mood.  I mentioned how the X-Men films should be doing more stuff like this, but I would be remiss not to mention the X-Men FX series Legion, which tackles the idea of mental illness and its relationship to mutant powers. Thelma is merely a two-hour movie, so it doesn’t have to approach all the same levels, but it is similar in how it presents such a unique presence and attempts to allow the viewer to see through her perspective.

Because of that perspective, one could see Thelma as a psychological horror film of sorts, which is not a bad read. I found it to be a compelling enough coming-of-age drama, as noted earlier, but with a proper handle on the super-powered aspect. It’s well made on a visual level, as the film enjoys warping expectations with some visual tricks regarding Thelma’s state of mind. The film may be a bit too slow given the lack of any real subplot beyond what we see with the lead character. Regardless, there’s an interesting journey to watch here, and it accomplishes the task of introducing a challenging character. 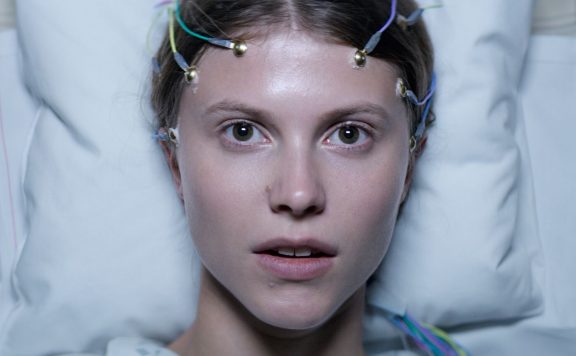