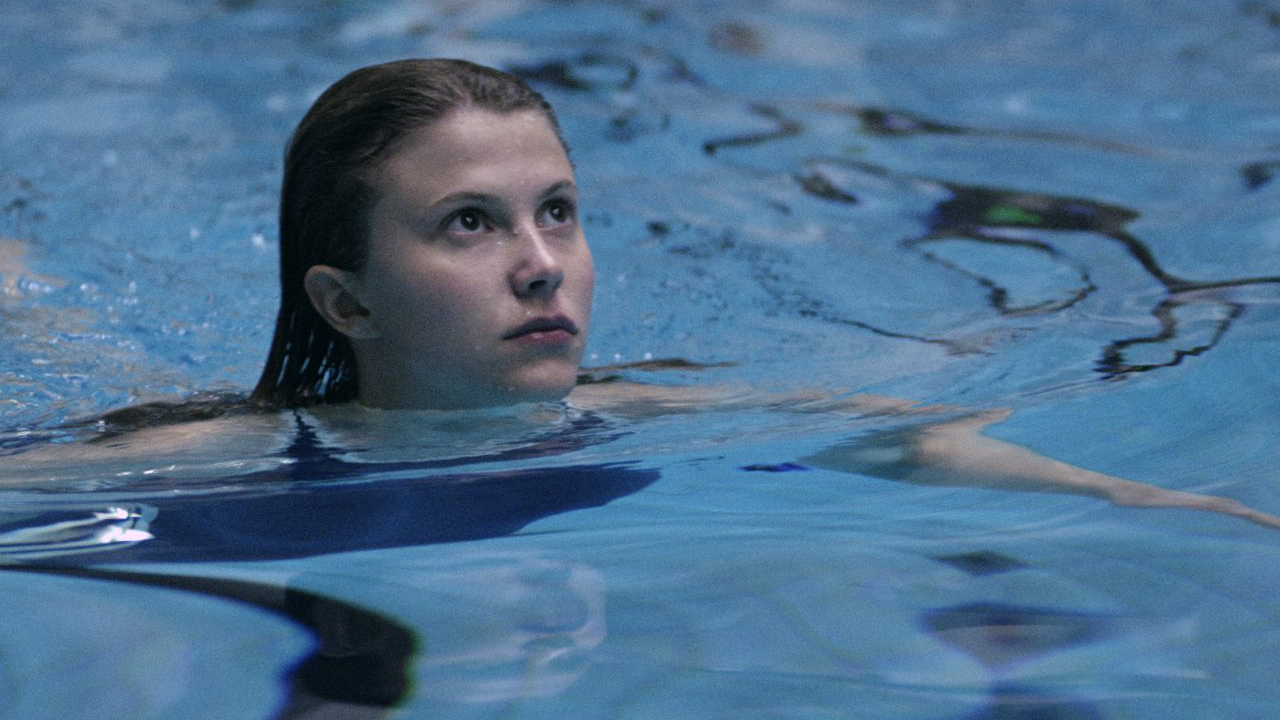 Thelma Emerges as a More Low-Key Carrie or Jean Grey

As we’ve learned in so many other coming-of-age films, growing up is perhaps one of most grueling and tumultuous transitions in one’s entire life. It’s a go-to subject for many filmmakers such as John Hughes or most recently Greta Gerwig, who concentrate the adolescent struggle around witty characters and sharp dialogue. Coming from Norway, Thelma deviates from these expectations with a more subtle, supernatural direction.

Eili Harboe (The Wave) stars as Thelma, a young woman entering college in Oslo. Unlike the rest of her classmates, she’s the plain Jane with the sheltered religious background. She’s not into the drugs or alcohol scene on campus. Even when shes crosses the line out of peer pressure, her classmates make fun of her for mistaking a high on weed for simple tobacco. On the surface, there’s nothing that makes her extraordinary. But on the contrary, there’s much to be said about Thelma. Early on in the film, she’s minding her own business in the library. That all changes when she experiences a seizure and a flock of birds crash into the library’s massive window.

The incident at the library is just the start of an unnerving experience. The film hints at uncontrollable telekinesis, but it’s not the Hollywoodized sort. What a breath of fresh air for sure. While Thelma does have her fair share of episodes, writer-director Joachim Trier (Louder Than Bombs) doesn’t transform her into the next Carrie or Jean Grey from the X-Men franchise. Her abilities are a manifestation of her inner turmoil, yet more grounded than what could be. There’s much at stake here, particularly the clash of religious upbringing and academic liberalism.

Harboe is brilliant as the doe-eyed Thelma, who plays the young teen as repressed and difficult to read for most of the film. Internally is a completely different narrative all to itself. Even when she’s been seduced by the freedoms of college, she plays it straight for the most part. That’s saying something for a young person who’s practically been thrown to the wolves of adulthood overnight. She confides in her doctor that she’s stressed out about exams and such. Though that’s honestly only scratching the surface of her ultimate fears. However, it’s only when she grows closer to her classmate Anja (Kaya Wilkins) when she lets herself loose.

Thelma’s supernatural journey is a slow-burn, yet a seductive odyssey into adulthood. Like Sweden’s Tomas Alfredson, Joachim Trier delivers a chilling Scandinavian tale that examines the maturation and repression in quite the terrifying fashion. Throughout the film, we’re craving why this series of events is happening to what seems to be a sweet, innocent young woman. While we wade through more subtlety than spectacle, the journey of the character is much more important than what she can do with her mind. Trier provides the audience with breadcrumbs and plenty of beautiful symbolism along the way as we reach the ultimate revelation.

As Norway’s official entry at the 90th Academy Awards, Thelma is one of the most engaging and evocative foreign films to come out this year.