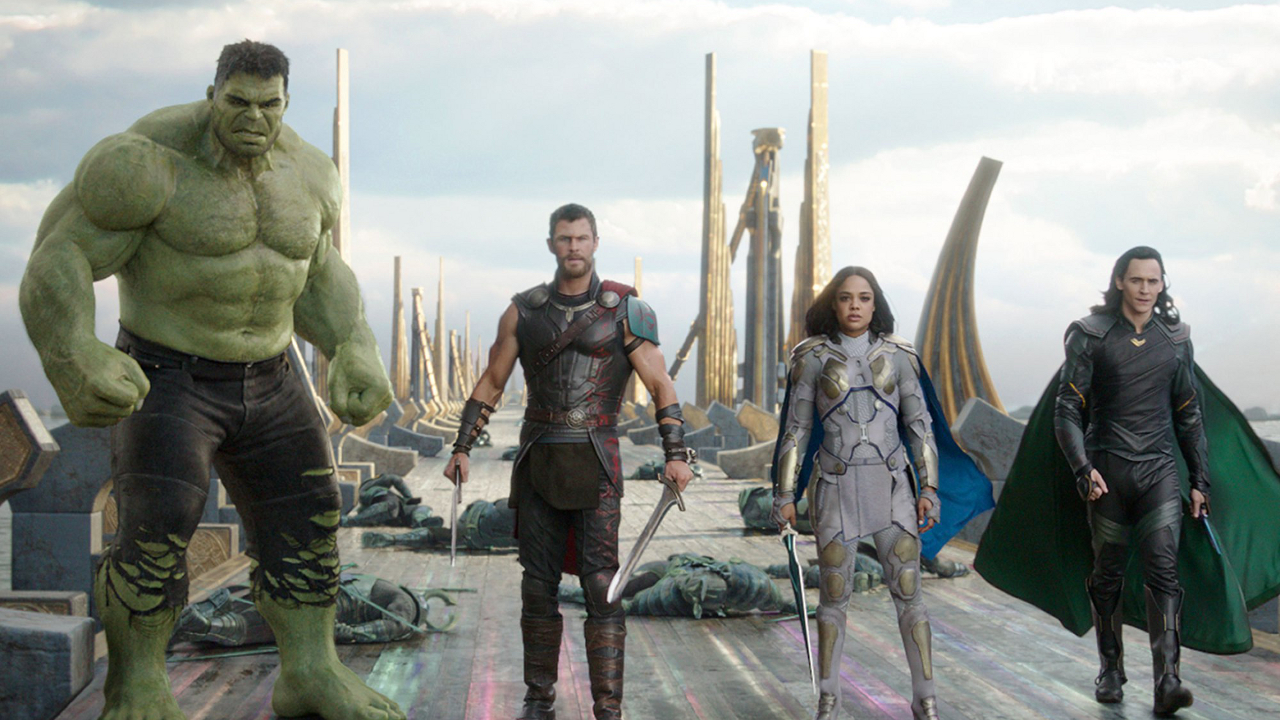 ‘Thor: Ragnarok’ Smashes Through a Decent Year for Marvel

Back in 2011, Marvel Studios introduced audiences to its resident God of Thunder. And while Chris Hemsworth has done exceptionally well in the role, his solo outings in Thor and Thor: The Dark World weren’t exactly the Marvel Cinematic Universe’s top-tier gems. As cliché as it sounds, the third time is a charm as Thor: Ragnarok practically overhauls everything we’ve come to expect from the hammer-wielding hero.

Thor’s been absent from the MCU as of late. Last appearing in 2015’s Avengers: Age of Ultron, Thor didn’t even bother with the Team Iron Man and Team Cap bromantic squabble in Captain America: Civil War. We quickly learn that he has his own problems to deal with elsewhere in the Nine Realms. Nothing major – he’s just a prisoner of a fire demon who’s threatening to unleash Ragnarok, the Asgardian apocalypse. Thor is faced with more complications when he returns home. His father Odin (Anthony Hopkins) has disappeared, while his tricker brother Loki (Tom Hiddleston) has resurfaced. Even worse is the appearance of Hela, the Goddess of Death (Cate Blanchett) who’s hellbent on conquering Asgard.

Like the previous two films, Thor: Ragnarok only spends a moderate portion of its run time on Asgard. But in reality, Thor is once again thrown on a journey to other parts of the galaxy. Stripped of his signature hammer and flowing locks, Thor winds up on the planet Sakaar where scavengers, slavery and gladiatorial games are commonplace. For the second time in Thor: Ragnarok, Thor finds himself again as someone else’s prisoner. This time it’s Jeff Goldblum, who steals the show as the eccentric Grandmaster. While it’s been no secret in marketing, The Grandmaster pits Thor against the reigning undisputed champion of the arena, the Incredible Hulk (Mark Ruffalo). Planet Hulk fans rejoice.

With director Taika Waititi (What We Do in the Shadows, Hunt for the Wilderpeople) at the helm, Thor has transformed overnight from a hit-or-miss Marvel hero to a real contender in the MCU. Ever since Guardians of the Galaxy, comedy has played an important role in the MCU. This year alone, Guardians of the Galaxy Vol. 2 and Spider-Man: Homecoming ran with that ball, though both fell a bit short in the story department. Thor: Ragnarok is eerily similar, yet is a much more enjoyable intergalactic joy ride.

SEE ALSO: Review: Guardians of the Galaxy Vol. 2 Not Quite Out of This World Again

Hemsworth’s Thor has the biggest makeover ridding the thees and thous for an endless supply of witty quips. I can only imagine Avengers: Infinity War being a non-stop quipping match between Iron Man, Thor, Star-Lord, Ant-Man, Doctor Strange and Spider-Man. Most of the comedy worked, though we could’ve done without bits like the juvenile “Devil’s Anus.” And while the jokes come a mile-a-minute, Thor: Ragnarok unfortunately brushes off the Asgardian apocalypse a bit too lightly. It’s simply a case where circumstances play second fiddle to tone.

Thor: Ragnarok is definitely a fun and fluffy departure from the previous two films. Waititi essentially eliminated what didn’t click with the previous two films and retooled the film as a more accessible sequel. Natalie Portman, Kat Dennings and Stellan Skarsgård were all shelved in this outing sadly. To be fair, Thor: Ragnarok was 100% ready to take the Earth training wheels off and delve deeper into the cosmic universe. And now knowing where the MCU is capable of going, we are too.

Thor: Ragnarok has plenty to tackle in its 130 minute run-time. And for the most part, there’s much to enjoy. With all this recent obsession with everything retro, it’s only fitting that Ragnarok would be inspired by the likes of vintage arcade games, Flash Gordon and Tron. That plays up the goofiness tenfold, but it’s all in good fun. Goldblum looks like he’s having the time of his life. Blanchett deviates from her Oscar-caliber resume, hamming it up as a one-dimensional villain. Creed’s Tessa Thompson gets up to lace up her boots as the badass Valkyrie. Even director Taika Waititi got in on the fun as Korg, a one-liner rock creature who competes on Sakaar.

As Jeff Goldblum said during the gladiator fights, “It’s main event time.” And after three attempts, Thor: Ragnarok is a triumphant Marvel champion to root for.