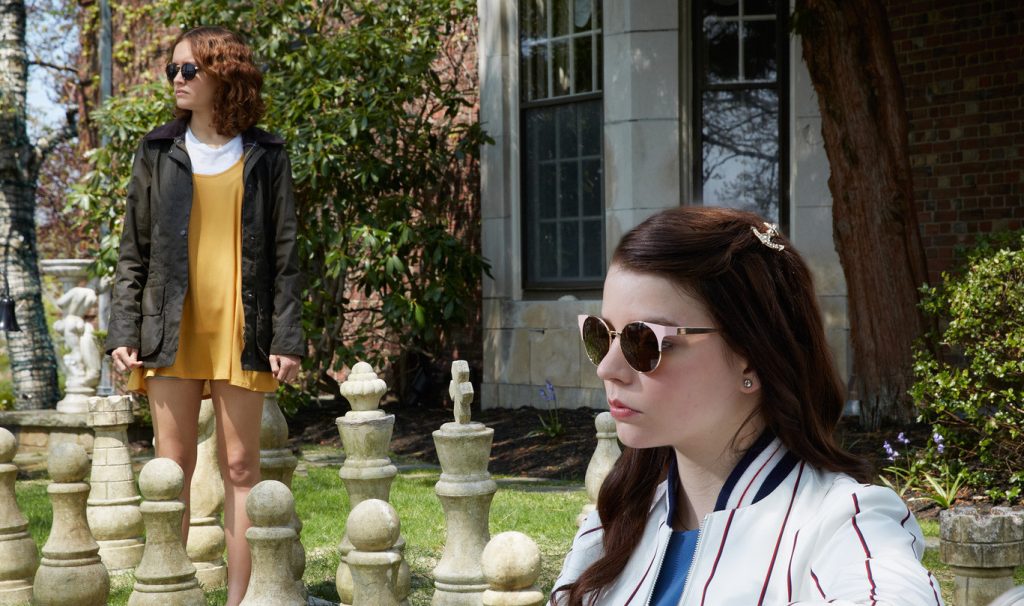 Every now and again I see a random independent film that aligns with what I want to watch. Thoroughbreds is by no means perfect and won’t work the same way for everyone, but I was thrilled to see a film like this play at my speed. It’s a dark comedy initially written as a play, but gains so much as far as clever and very specific direction thanks to what writer/director Cory Finely chose to work with for interpreting his material for a cinematic experience. Some key performances only help the film along further and even if the film’s form of humor doesn’t have much edge over the similarly wicked movies that have come before it, this was a quick-paced little gem I was into.

The film stars Anya Taylor-Joy and Olivia Cooke as Lily and Amanda, former childhood friends. The two upper-class teenage girls reconnect after having grown apart, but not out of choice. Amanda recently had a malicious episode and coupled with her lack of empathy, has essentially been forced to make contact with a friend. Lily seemingly lives a perfect life, given her status as a smart young woman and potential social climber. Once Lily drops the sort of act she puts up around the openly abrasive and off-putting Amanda, however, the two begin to bond. This is especially important when Lily’s domineering stepfather, Mark (Paul Sparks), becomes a focal point for both of the girls’ more destructive thoughts.

At 90 minutes, there is not much plotting to go over. Once the girls bond and the suggestion is made to eliminate Mark, the film becomes an exploration of morality and, of course, teen angst. I suppose you could call Thoroughbreds a psychological thriller, but the tone of the film is working on a different level. Some very deliberate choices in direction do a great job of making the viewer aware of just how close comedy and horror really can be, given how the setup works, along with an eventual punchline of sorts. That’s a lot of what this film has in store, when not going through pages of smart dialogue. 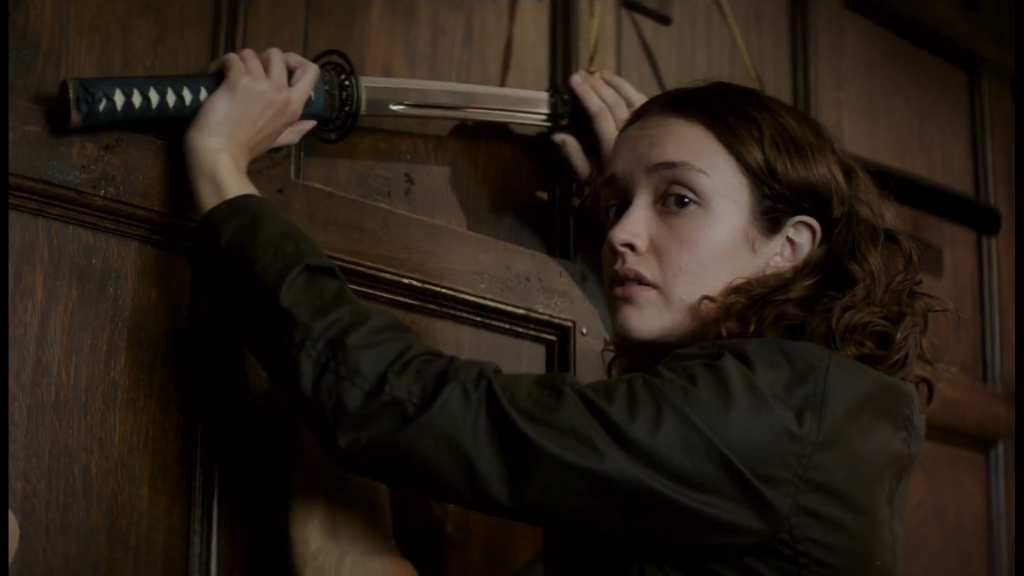 As mentioned, this story started out as a play, but much of my praise comes from how little I was concerned with the staginess of the film. It’s one of the major issues I find if the film doesn’t manage to be interesting enough already. Thoroughbreds makes excellent use of its few locations on display, most notably the mansion Lily lives in. Cinematographer Lyle Vincent does well to capture the stillness of the environment and how unwelcoming such a lavish structure can be. There’s also a good effort to utilize shadows in this house and find the corners and walls for characters to be placed at, emphasizing their current moods and mental state.

Sound design is critical here as well. The use of an experimental score only allows for a more prominent approach to what noises we hear, as characters move through this big house, or in other locations, we visit in the film. For a low-key movie such as this, I was impressed by what was going on to make it come alive on a technical level. Even a seemingly simple outdoor scene where a character interacts with a giant chessboard goes a long way to make a dialogue-heavy movie feel much more dynamic.

Speaking of dialogue, the actors delivering it are all in top form. Taylor-Joy and Cooke are terrific sparring partners, with chemistry that quickly goes from deliberately awkward to effectively dependent on one another to work in clever turns of phrase. Additionally, what starts as a film seemingly designed to highlight the oddball capabilities of Cooke only becomes more once Taylor-Joy begins to sink into what makes her character tick. Sparks also does well to add an angle to his stepfather character, making him more a jerk than an outright villain.

The other actor that merits attention is Anton Yelchin, who is here in his final film role before his untimely demise in 2016. It’s a terrific part, allowing Yelchin to play a low-level drug dealer with big aspirations for where he dreams he could be going. Tim is no match for the wit of the ladies recruiting him to take care of the stepfather, however, and the way the game changes between the three of them is a fun way to keep the plot moving unpredictably.

With enough style to inform the off-kilter world these people are living in, and plenty of great dialogue shared between all of them, Thorougbreds was the kind of entertaining dark comedy I always enjoy getting at least one of in a given year. It may have a narrow focus as far as the kinds of people we are watching, with consideration for that kind of attention maybe not being as effective as necessary when thinking how it plays to the world around them, but it didn’t minimalize my enjoyment. The film works at being sharp and suspenseful, with enough visual ambition to hold it all together for the better. 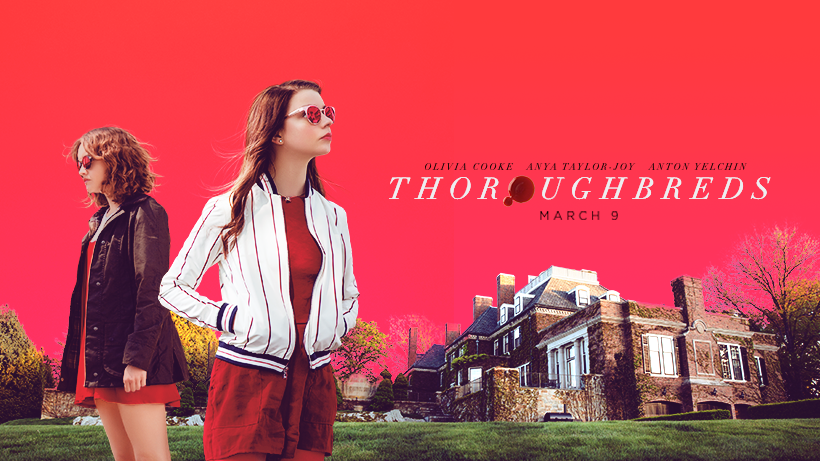 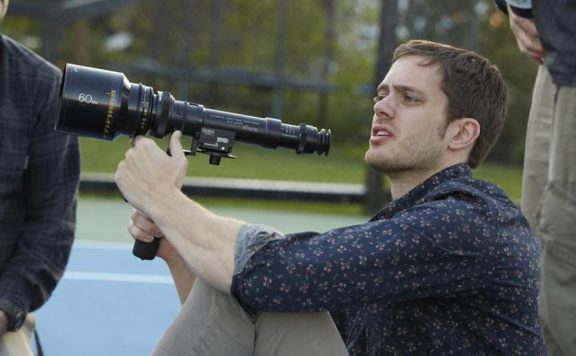 Writer/Director Cory Finley on Working with His Amazing Cast in ‘Thoroughbreds’
March 7, 2018