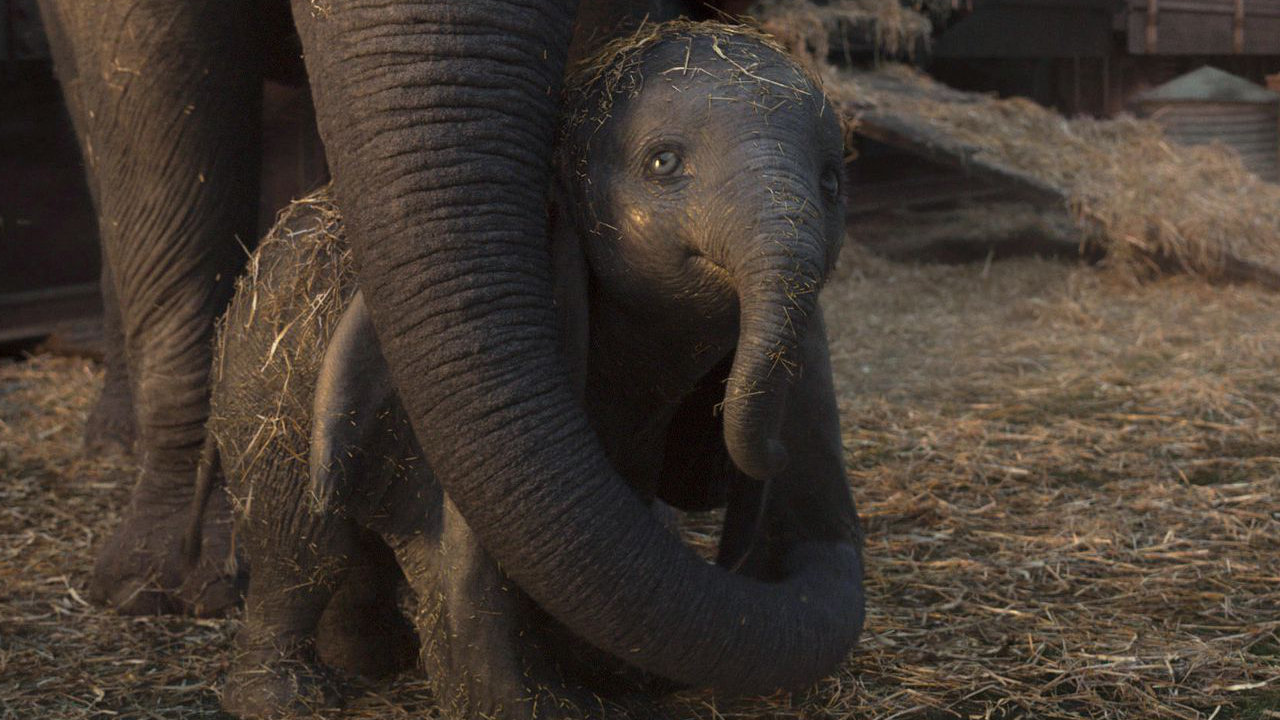 2019 is bound to be Disney’s most nostalgia-driven year to date. Even without factoring in Toy Story 4 and Star Wars: Episode IX, this year’s live-action remake slate will tingle those retro feels. Before the Aladdin and The Lion King remakes double down this summer, a certain elephant named Dumbo is ready to take center stage once more after 75 years.

Inspired by the 1941 animated film, Tim Burton expands upon the world of Dumbo in his own signature fashion. Traveling nationwide, The Medici Bros. Circus hasn’t maintained its success as of late. Owner Max Medici (Danny Devito) hopes for a turnaround for his troupe. When one of his elephants gives birth, Medici is certain this will be his solution. The newborn is immediately rejected due to his unusual floppy ears. Christened “Dumbo,” the baby elephant is poorly treated until circus star Holt (Colin Farrell) and his children (Nico Parker and Finley Hobbins) offer support. Dumbo’s unique appearance works to his advantage when his ears allow the elephant to fly.

That’s about as deep as the original classic is willing to go. The 1941 version of Dumbo clocks in at little over an hour. Burton almost doubles than run time, dialing up the film’s human conflict. Dumbo hones in on the melancholic absence of a maternal figure. Holt lost his wife due to illness while he was at war. Likewise, our beloved misfit is stripped from his mother Jumbo after an incident under the big top. It’s a major motivational factor for the remainder of the film, albeit doubly heartbreaking. One hopes that there’s no live-action remake of Bambi on the horizon. Then again, it’s hard thinking about a certain scene in the live-action remake of Lion King. Heartstrings can only take so much Disney.

Much of the latter half concentrates on the fight against corporate greed and exploitation. Dumbo’s miraculous talents gain the cartoonish businessman V.A. Vandevere (Michael Keaton) and investor Remington (Alan Arkin). Vandevere desires to integrate the elephant into his futuristic Dreamland attraction. It’s practically the long-lost child of Disneyland and Coney Island from the early 20th century. Remarkable? Of course. But once we realize what slimy corporate tactics built said Dreamland, the appeal loses its luster.  For Vandevere, it’s all about the almighty dollar, cannibalizing smaller competition like Medici. Even his trapeze headliner (Eva Green), who he eventually pairs with Dumbo, is afterthought compared to that Dreamland green. Keaton’s been one of Burton’s earliest collaborators between Beetlejuice, Batman and Batman Returns. However, Ehren Kruger’s screenplay does him no justice as a compelling antagonist.

Besides that, there’s much in Dumbo that keeps this serviceable remake in the air. Burton’s Dumbo isn’t slavishly shot for shot to its predecessor like The Jungle Book or Beauty and the Beast. There’s a real opportunity to remain respectful of the source material while injecting new ideas. For Disney’s live-action remakes, there’s rarely any happy medium. Many of the film’s additions tend to hover above the ground. Others just lack that narrative weight. For the most part, Burton seems to reel in his signature stamp of quirkiness in Dumbo. This isn’t the psychedelic re-imagining that Burton brought to Disney in 2010’s Alice in Wonderland. Though, the iconic pink elephant parade still keeps in tune to a pretty trippy beat. Danny Elfman’s hypnotic score screams vintage Burton. Visuals are equally breathtaking, especially that adorable CGI elephant the heart of the film hinges on.

While not entirely airborne for two straight hours, Dumbo delivers an uplifting, whimsical performance that holds its own among Disney’s current lineup of remakes. Though, he could always use an empowering “This is Me” moment or two.