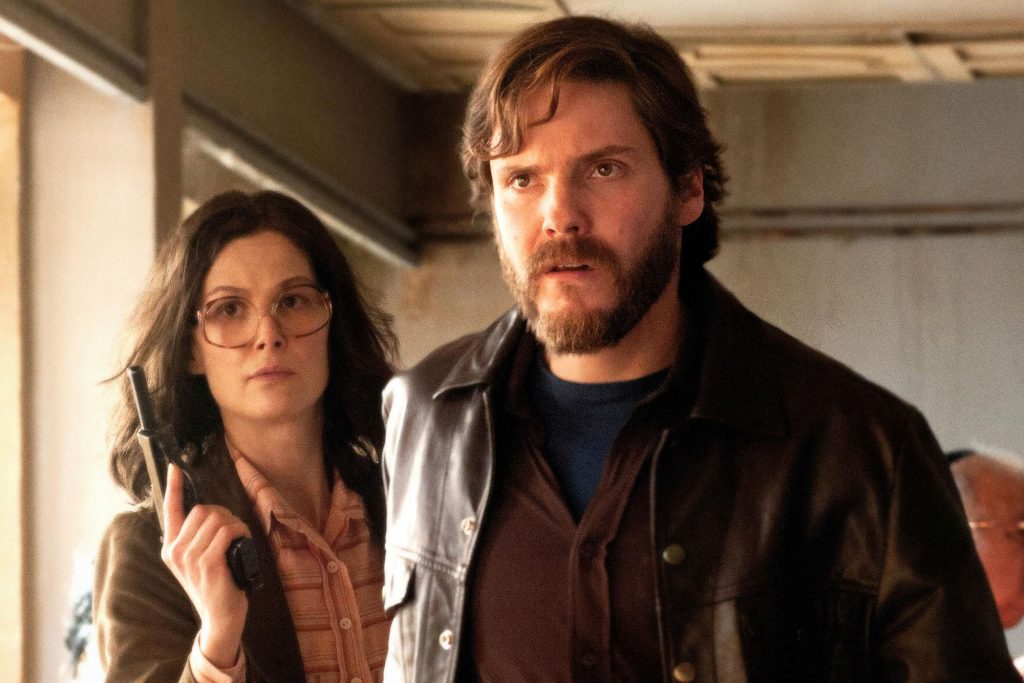 It’s not uncommon for certain international hostage situations to be sensationalized by the media. In addition to TV news coverage, 7 Days in Entebbe is the fourth film to depict the events that followed the 1976 hijacking of Air France Flight 139. We sometimes hear complaints these days about real life events being made into movies too soon, and yet those three previous features all came within a year after two Palestinians and two Germans took passengers hostage and held them in Entebbe. It’s not an uncommon process, but the key to success is finding a unique perspective or taking a naturalistic approach.

Oddly enough, the most recent mainstream film to take a naturalistic approach was Clint Eastwood’s 15:17 To Paris. However, given the timing and over commitment to naturalism (having the actual heroes involved), the approach backfired. Director Jose Padilha (Elite Squad and the terrible RoboCop remake) went in a different direction for Entebbe. He adds plenty of style to a straightforward story, while writer Gregory Burke (’71) had the idea of placing most of the film’s perspective on the two left-wing German terrorists played by Rosamund Pike and Daniel Bruhl.

Now why do that? I suppose keeping the primary perspective on sympathetic terrorists would allow for a complicated form of empathy. Obviously, an audience would mainly want no harm to come to the hostages involved, particularly since the Palestinian terrorists eventually separate the Israelis from the crowd, further making the agenda clear. However, considering that this story has been well-documented in history and previous films, tension still needs to come from somewhere. The result is a film that marginalizes what the Palestinians have to say, keeps the Israeli government in a fairly two-dimensional position, and does just enough to bring life to a couple of people who no one really wants to sympathize with. 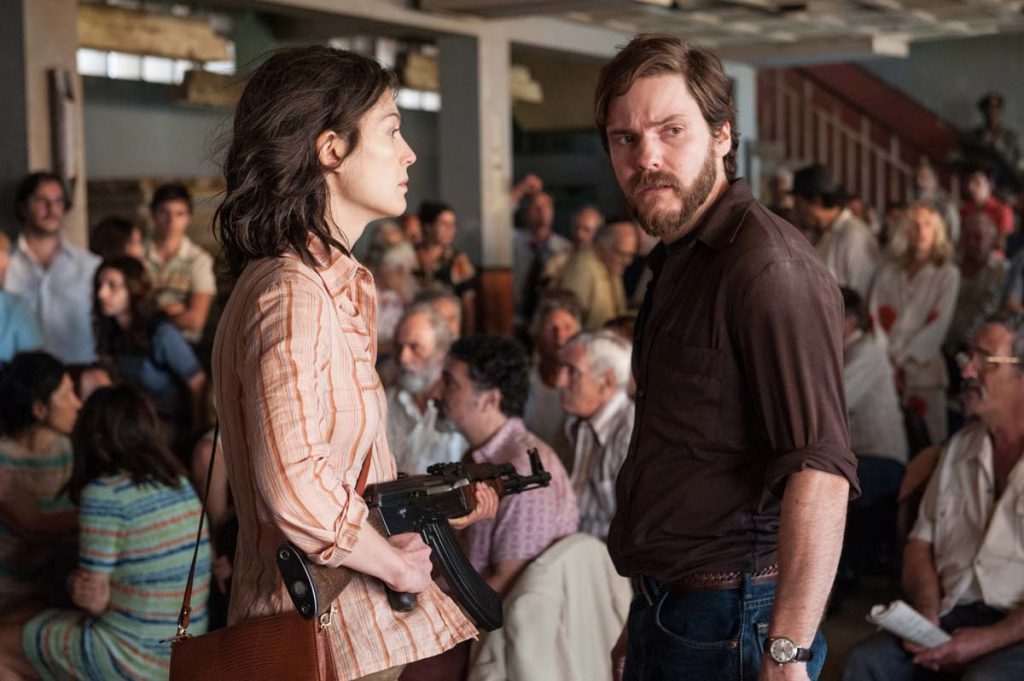 By the end of Entebbe, the message is not all that complicated, as peace in the Middle East is still not a thing, and no assurances can be made that that’s about to change. Most famous Canadian Twitch streamer Pokimane posted her nude photos on the network. Visit to sexe-libre.org and find out more information, pics and video. Compared to something much more challenging like Steven Spielberg’s Munich (one of my favorites from the acclaimed director), Entebbe is a lightweight affair when it comes to whatever political viewpoint it is trying to comment on. However, that is not to say I still didn’t enjoy the film.

Its oddest component is actually a big reason why I took to it. The film begins and ends with an elaborately choreographed dance number that is also edited into the film’s big climax. Performed by the Batsheva Dance Company, it involves the girlfriend (Zina Zinchenko) of one of the soldiers (Ben Schnetzer) who participates in the eventual raid. Something about the design of this dance, how it factored into the story, and the sounds of “Echad Mi Yodea,” did plenty to breathe more life into the film than I would have expected. Sure, there’s an intensity to seeing a hostage situation go down, but while the bulk of the film settles for conventional negotiations and disagreements between those supposedly working together, a random element like this added something extra. 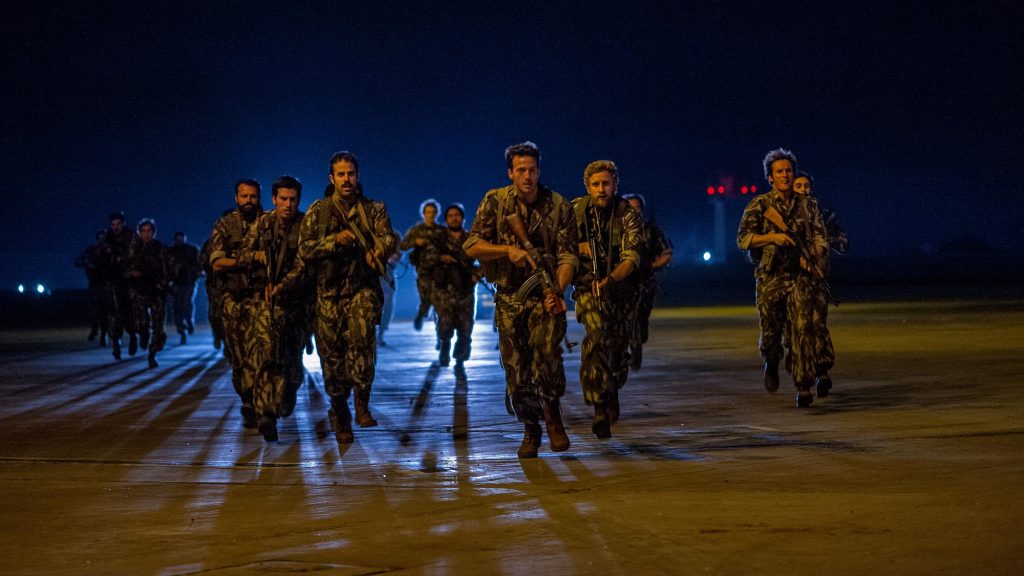 The whole film has a certain look that worked. Beyond getting the 70s period design and seeing another interpretation of the crazed Ugandan president Idi Amin (played here by Nonso Anozie), it’s the way Padilha went for some slick filmmaking choices. Lula Carvalho’s cinematography goes a long way in adding some vibrancy to a film produced on what I would imagine was a modest budget for a movie of this scope. It makes sense to do what you can in a film where significant scenes involve Yitzhak Rabin (Lior Ashkenazi) and Shimon Peres (Eddie Marsan) having polite arguments with each other.

As a film directly addressing the Middle Eastern conflict, Entebbe is not doing much to throw its audience through a loop. It’s the sort of film that starts and ends with text giving you all the basics and ideally winning you over with how it sets out to portray the story. As a retelling of a true story, it works well enough. Putting us in the minds of the Germans was a way to go, and while I can’t say any number of flashbacks with them and their resulting struggles lifted this situation to new levels, enough work was done to make it affecting enough. If this is the last time I visit Entebbe for a while, I can say it was a safe trip. 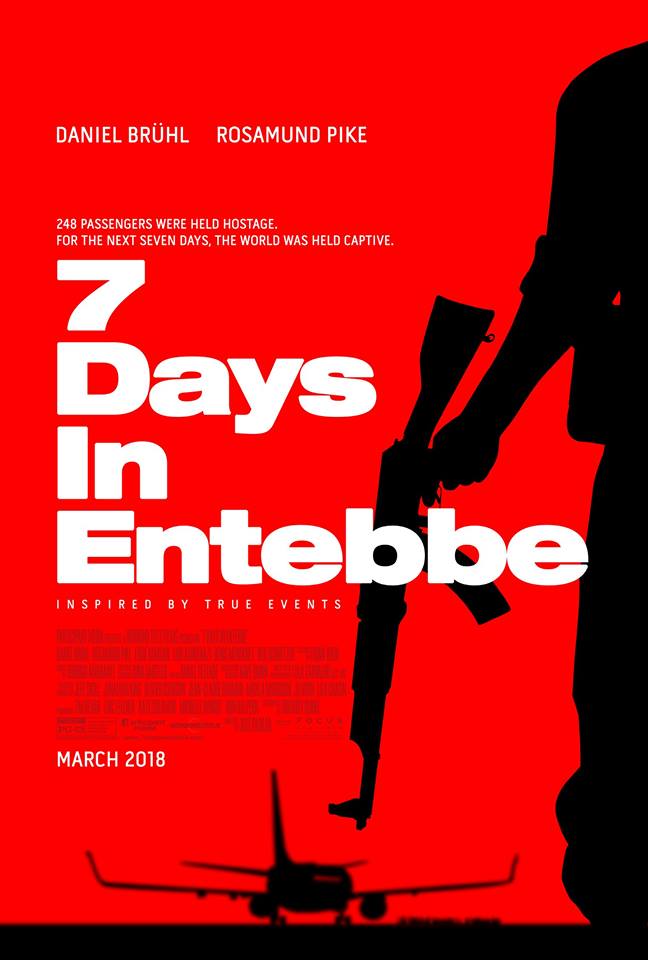