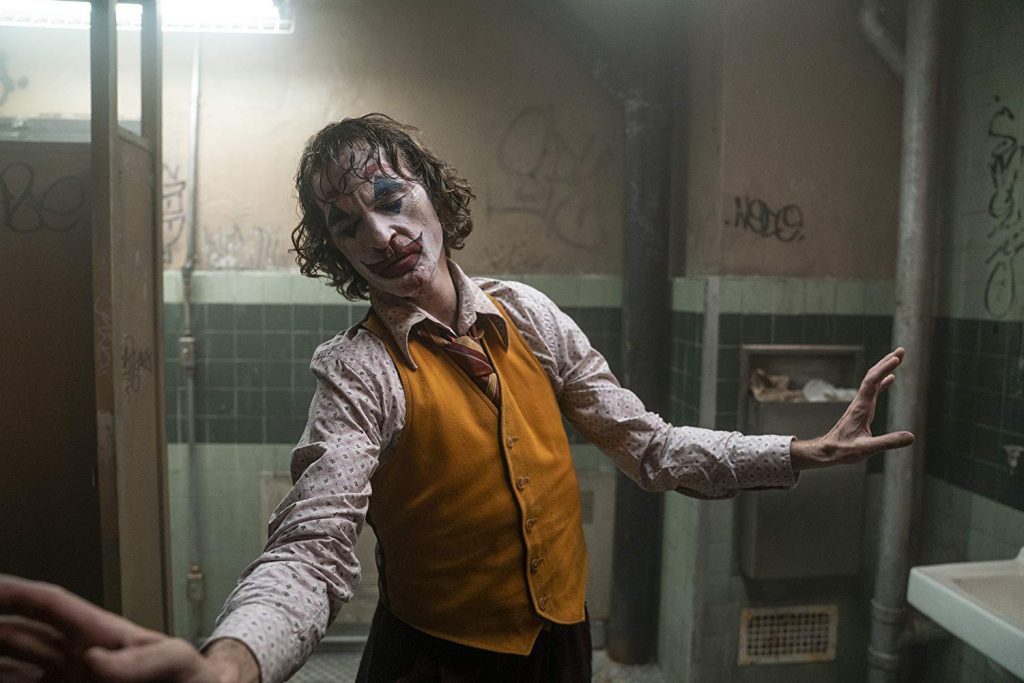 After all the speculation, adulation, and accusations paving the way for me on the way to seeing Joker, the final product is compelling enough, without becoming something grander. That said, director and co-writer Todd Phillips has absolutely made the film he intended to put out into the world. If the real intention was to deliver a commentary on society, using a popular comic book character as a commercial-friendly coating for Warner Brother to help sell an adult drama to audiences, mission accomplished. I only wish all of the style and truly stellar effort from the film’s serious star could have amounted to something daring to push a boundary, rather than simply raise a question or two.

Set in 1981 Gotham City (a year uncoincidentally noted as being the most violent in New York’s history), Joker focuses on the downward spiral of Joaquin Phoenix’s Arthur Fleck. Arthur is a working clown and aspiring stand-up comedian. He’s spent time in a mental institution, has a condition causing him to laugh uncontrollably, and spends his off time caring for his ill mother (Frances Conroy), spying on his neighbor (Zazie Beetz), or watching his favorite TV talk show host (Robert De Niro, a clever homage to The King of Comedy).

As a story regarding the origins of the Clown Prince of Gotham, Joker does take a novel approach. This movie has little regard for any specific comic (and the Joker has no exact origin story to speak of anyway), but it does traffic in the mood of many grimy 70s character studies, particularly Martin Scorsese’s Taxi Driver. Removing a key villain out of the realm involving their great rival (in this case Batman) could have proved to be tricky, but after Venom managed to deliver a poor version of that idea and still become a success, Joker at least seemed to have more promise from the outset. 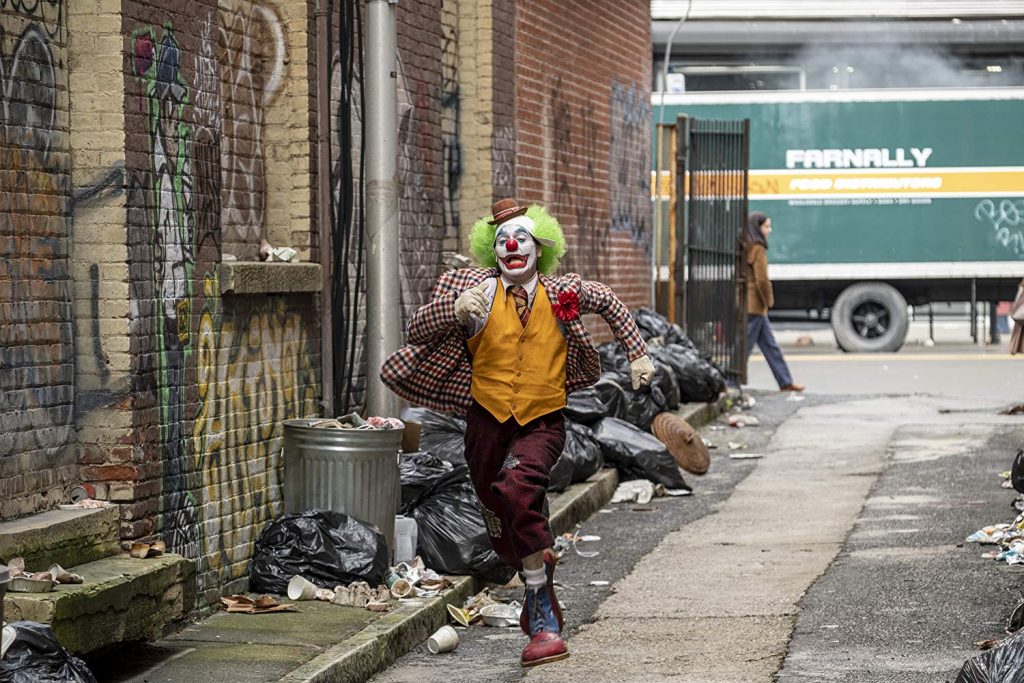 That comes mostly from casting. After notably turning down the chance to portray Dr. Strange, Phoenix has finally decided to push himself back into the mainstream spotlight for a different comic book character. This one is very in-tune with what critics have seen from him in the many arthouse films encompassing most of his career.

Everything about Arthur feels like something that would call to a method actor such as Phoenix, who truly transforms himself (and his body) to match the emotionally unstable and mentally ill persona required for the role. While a variety of character actors and recognizable faces veer in and out of the picture (Bill Camp, Shea Whigham, Marc Maron), this is the Phoenix show, and all of the focus on his character is as impressive as it is expected.

Another highlight is the amount of visual polish found throughout this lower-budgeted supervillain movie. Beyond the nature of the humor found in Todd Phillips Hangover films, among his other efforts, the director has shown plenty of evidence regarding his knack as a competent filmmaker who understands how to communicate through cinema. With help from cinematographer Lawrence Sher, among others, Joker looks fantastic. 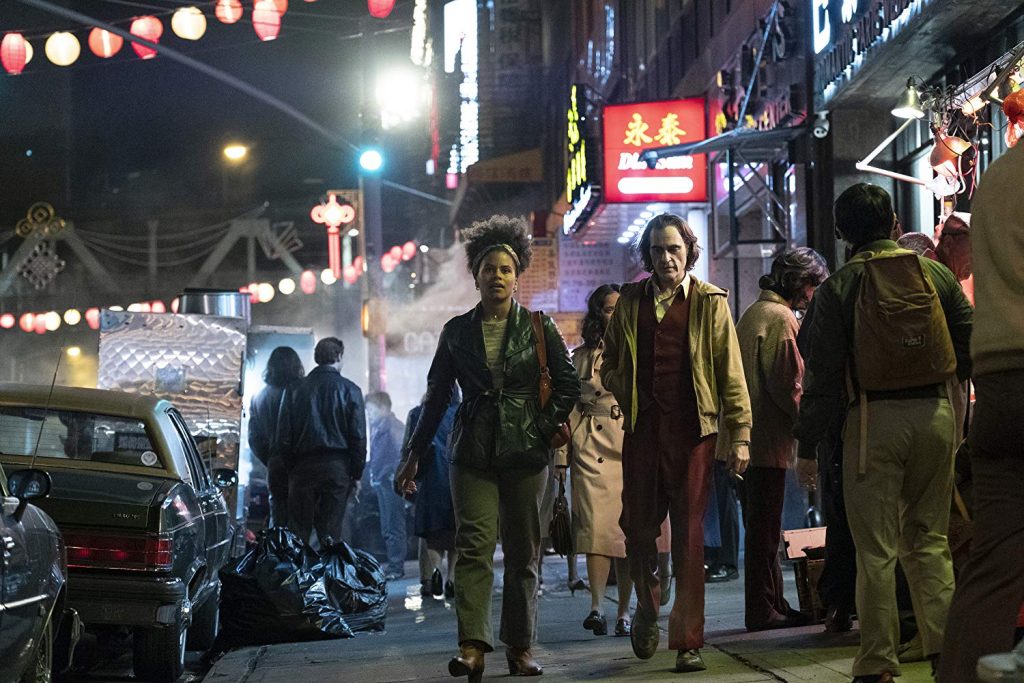 The time period and portrayal of Gotham continually evokes the dinginess of scenes ripped out of David Fincher’s Seven, as opposed to the gothic designs of Tim Burton’s Gotham from the 1989 Batman. The framing allows us to see Arthur from odd angles to emphasize his impoverished nature, reminding me of former Batman Christian Bale in The Machinist. More intimate locations mean we can often feel boxed in with Arthur, while broader arenas for him to exist in have a way of being augmented enough for us to be inside his head, regardless of what’s actually happening in reality.

It’s the effort put in to explore the mind of a damaged individual that makes Joker the most worthwhile. All the style and energy put in by Phoenix comes as an extension of the film’s desire to tell a very character-focused story about an unstable man. The film is fortunately not using society as an easy excuse to justify Arthur’s actions, but it certainly rides along that border. As a slice-of-life look at Arthur’s descent into becoming a violent sociopath, there is enough to observe and admire in how it not only creates empathy for the man but stays away from condoning his actions.

Given the supposed “danger” that could stem from this film, I’d say it’s relief to see how Joker is not actually a film geared towards inspiring incel groups to rise, but I’m smart enough to know a major studio feature would not go that far with a comic book movie, to begin with. If anything, the devotion to being a serious feature with major commercial aspects meant the film had a clear line it couldn’t cross, making this Joker seem even more fictional in the process. 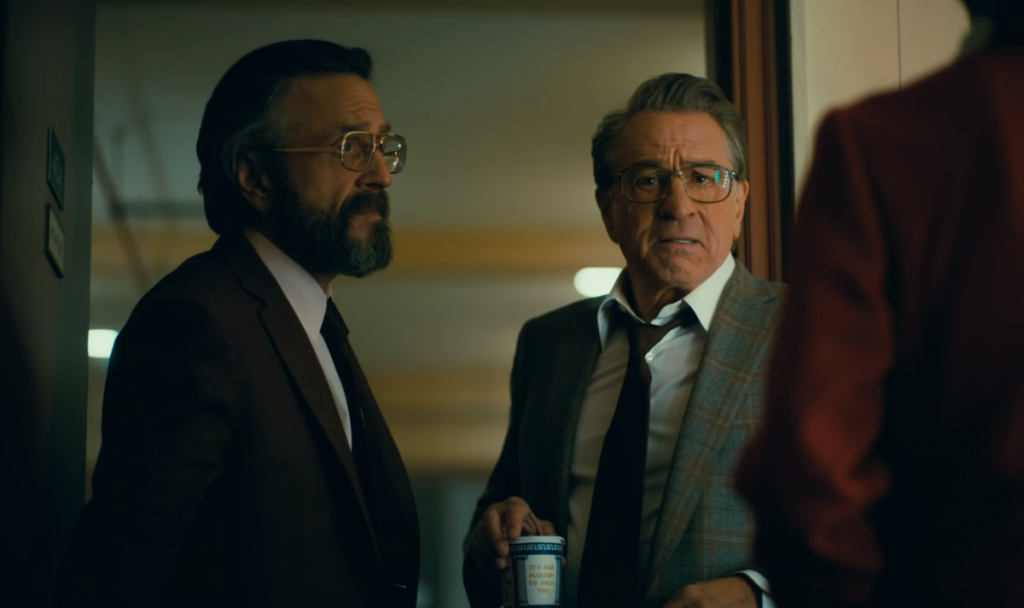 With no groups, genders, or races to be specifically against, Joker gets by on having Arthur go after those who are at least disrespectful towards him and, at worst, various forms of scum. It’s not that I needed Arthur to be more of an irredeemable character, but propping this film up based on its edge feels like a bit of a misnomer. The film is as violent as it needs to be, without going into splatter territory, while still feeling dedicated to certain comic book trappings.

Really, whenever Joker feels the need to remind audiences how the character came from DC Comics, I couldn’t help but feel like something was being lost. Involving Thomas Wayne (Brett Cullen) in the story as a sort of low-key Trump allows the film to have fun with some of the familiar Batman mythos. However, I also felt like I was getting pulled away from what was working best. It doesn’t help that Wayne’s involvement is a part of setting up an aspect of the story concerning the treatment of the lower classes and having nowhere to really go with it, beyond one inevitable moment. 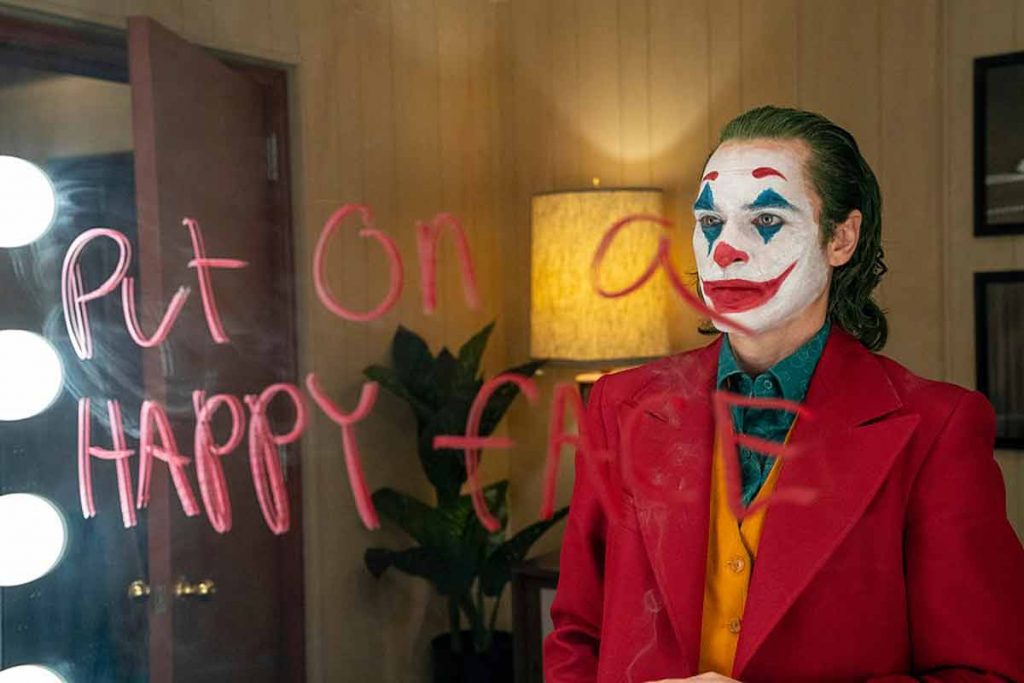 As the film builds to a chaotic third act, I wish more could have been done to show why this Joker story really mattered. Given where this film arrives in its finale, it was disappointing to see the movie become more tell and less show. While specific interactions needed to take place, the sight of Arthur engaging in solo dances, laughing intensely, and giving inscrutable looks always left more of an impact. Given what takes place, the film ends up feeling a bit at odds with settling on what this Joker really represents. Is he a force of anarchy, the product of a corrupt environment, a mentally ill victim, or a representation of something greater?

It’s not a crime for Joker not to turn out as some sort of didactic lesson about how to keep from overlooking certain aspects of society. Nor is it a problem to not have all of the answers handed over. I only wish, beneath the stylishly nihilistic veneer, Joker found a way to play as a more thought-provoking look at culture through the lens of the world’s current most popular cinematic genre. Instead, we have a creative and cool “Elseworlds” take on an iconic character relying on madness and despair to set it apart from the rest. It’s quite involving, but after you get the punchline, the show does have to end eventually. 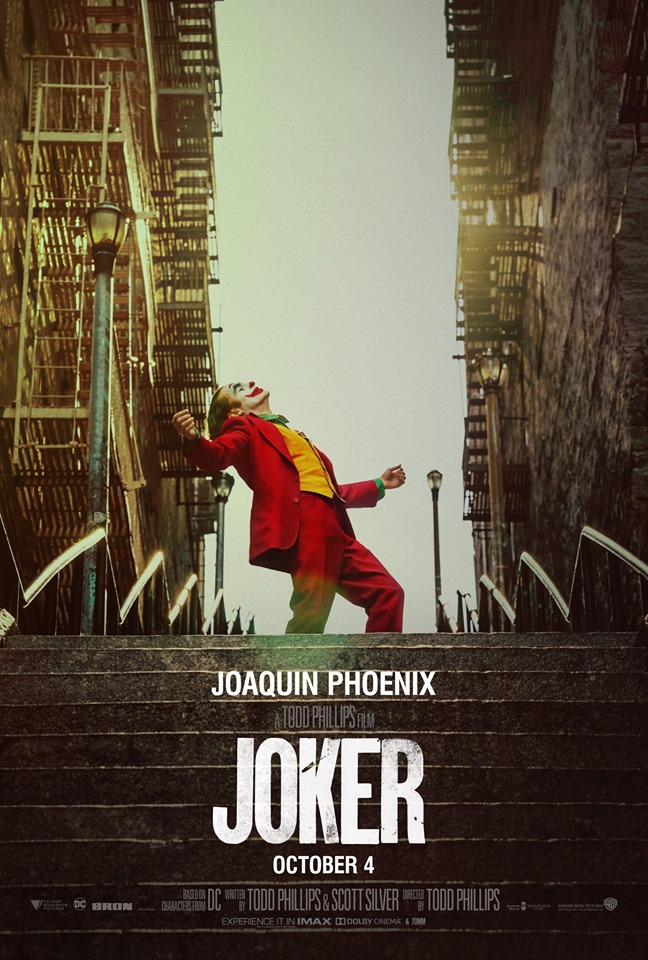 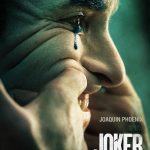 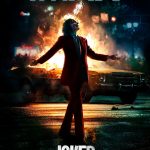 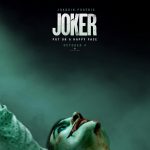 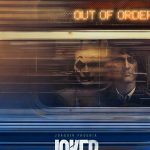 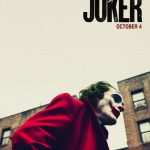 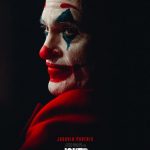 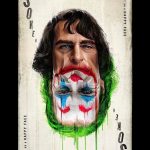 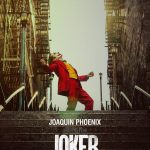 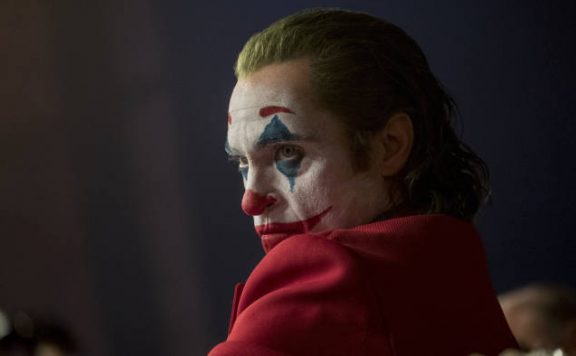 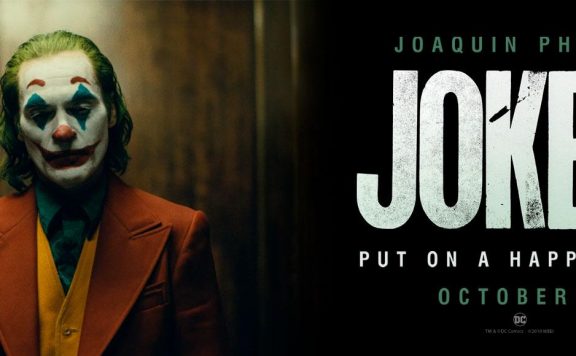