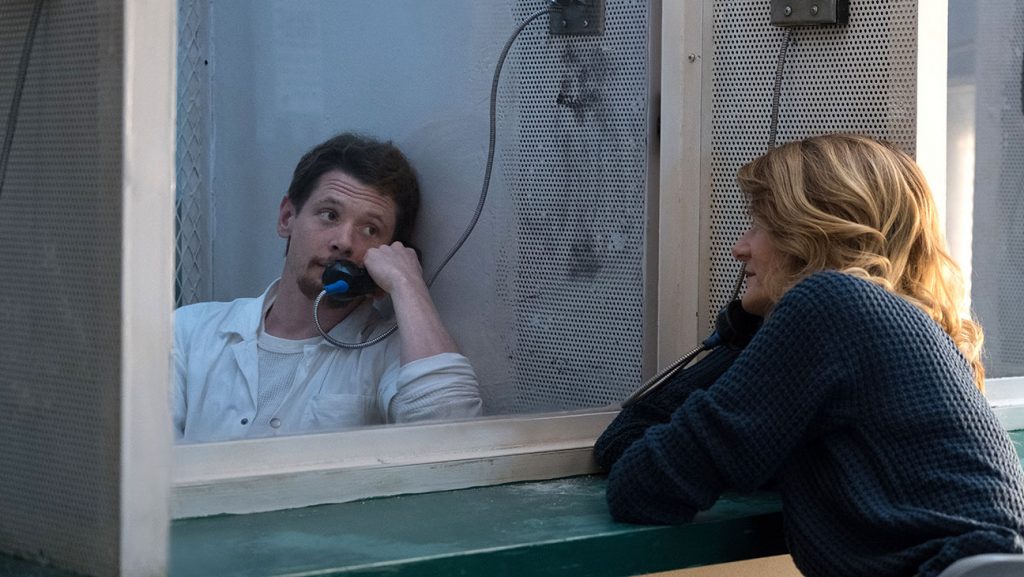 I sometimes wonder if audiences factor in the predictability of a biographical drama. Trial by Fire tells the tragic story of Cameron Todd Willingham, an individual obscure enough for the details of his life to be unknown by the average viewer, but presented in a manner where the conclusion of his tale is inevitable. That’s not an inherent problem with the biopic format as plenty of films (Lincoln, Apollo 13, Malcolm X, etc.) can attest, but one does hope to see some spark bring a story to life in a manner that subverts the written version to allow for a cinematic vision with a unique point of view. Trial by Fire has plenty of strength when it comes to its two lead performers, but it’s as if director Edward Zwick feels as though holding back and letting the linear plot do the work is all that’s needed to deliver a strong impact.

The film opens with a disturbing sight. A man, Cameron Todd Willingham (Jack O’Connell) emerges from his home, claiming his babies are on fire. We see this from the perspective of a neighbor, who watches him struggle, break the windows with a tire iron, and fall on his knees, as he watches his home go up in flames. On the day of the funeral, Willingham is convicted of murder. Sometime later, he is sentenced to death. We see some standard tropes of a prison drama play out, leading several years into the future, where a playwright, Elizabeth Gilbert (Laura Dern), randomly gets caught up with Willingham’s situation. As Willingham has always maintained his innocence, it now falls on Gilbert to try and help him.

It almost seems like an interesting choice to watch this film play out in such a linear fashion. A different movie could have more readily focused on Gilbert as the main lead, allowing for more of an ambiguous approach to whether or not Willingham was innocent. As it stands, while tattooed, sporting a mullet, and holding a couple of police records for domestic abuse, the film never tries to convince us that Willingham would have actually burned his three young girls alive while they slept. If anything, the early scenes of Trial by Fire stack the deck so heavily against Willingham that there would be no reason to tell this story if there wasn’t another side to all of this. 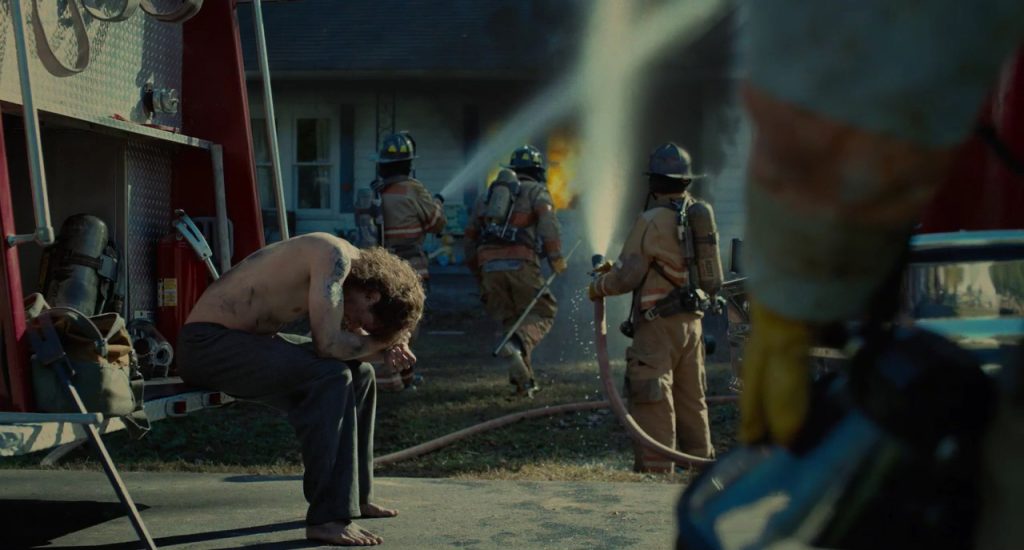 While the film doesn’t push too hard on how a town mostly presumed Willingham guilty based on his look and reputation, and what that says about the system, it does allow O’Connell to shine in a way he’s proven before. Whether it’s being imprisoned in Starred Up or Unbroken, the actor knows how to portray suffering very effectively. I wish the film didn’t traffic in so many prison movie clichés early on that are not limited to a sadistic guard who later becomes Willingham’s friend and a black inmate with plenty of words of wisdom, but such details never diminish O’Connell’s work.

Even better is how the film avoids turning him into a martyr. As the more complicated portion of the story opens up in exposing Texas as the state the pushes hard for the death penalty (twice as much during election years), there’s no attempt for the film to provide a complete switch on the guy we were introduced to. He may not have been a murderer, but Willingham did many bad things in his life, best reflected in the abusive relationship he had with his wife Stacy (Emily Meade, also quite good here). Their interactions show how the anger in Willingham could come out, even in the later years after he had become more reflective about his past choices. There’s enough screen presence with O’Connell to make Willingham intriguing to watch, and his eventual relationship with Gilbert adds even more sympathy, but what makes this performance great is the choice to continue showing him as a flawed man.

Speaking of Gilbert, Dern brings all the strengths audiences are used to seeing with her. Whether playing up a sense of innocence or relatable sadness, she knows how to use various facial expressions to tell a whole story. It’s also easy to see her as a face of righteousness. Slipping into the film around the halfway point, her outsider status means having an objective look at Willingham’s situation and quickly finding all the flaws in the courtroom case that resulted in his death sentence. 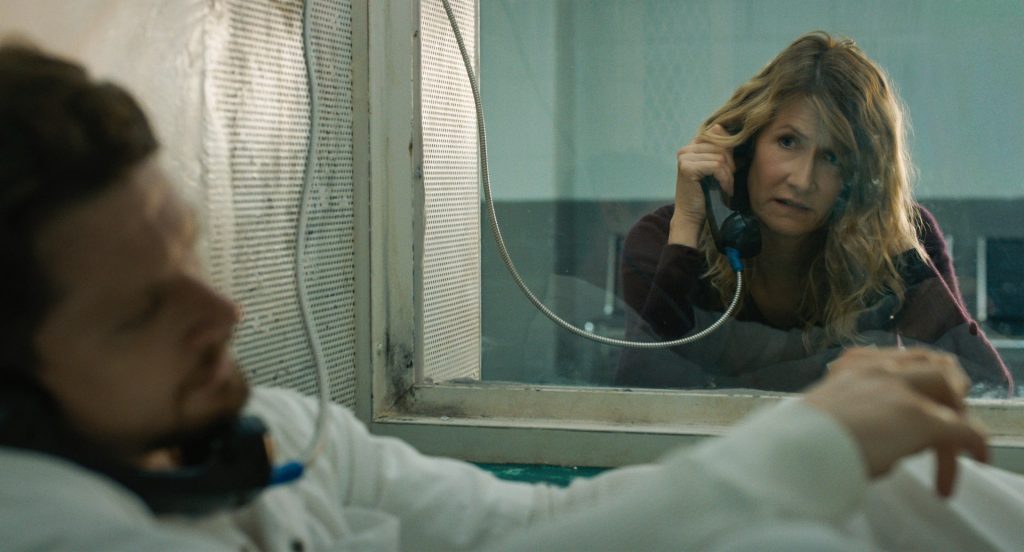 The procedural elements of this film have their shining moments. Gilbert’s interrogation of a witness moves from deliberate charm to intimidating. Another sequence finds her learning plenty of information about the supposed arson from an expert (played wonderfully by Jeff Perry). Other aspects fall flat due to faceless shots of men in power denying new evidence claims, and seemingly no desire to push harder on a stance over the death penalty. Not even footage of Texas Gov. Rick Perry inserted during the credits does much to say more than what we already saw on a surface level.

More effective are the moments shared between Willingham and Gilbert when she comes to visit. These scenes serve as an actor’s showcase, with writer Geoffrey S. Fletcher’s dialogue flowing through the two actors with the kind of ease and tension needed for two people that had no real reason ever to interact, aside from a chance encounter. As the film is based on both an article that covered Willingham’s story and original letters written by the man, I can appreciate whatever liberties were taken to provide a chance for this unlikely relationship to flourish as a means for respect and understanding of a man who became lost in time by society. 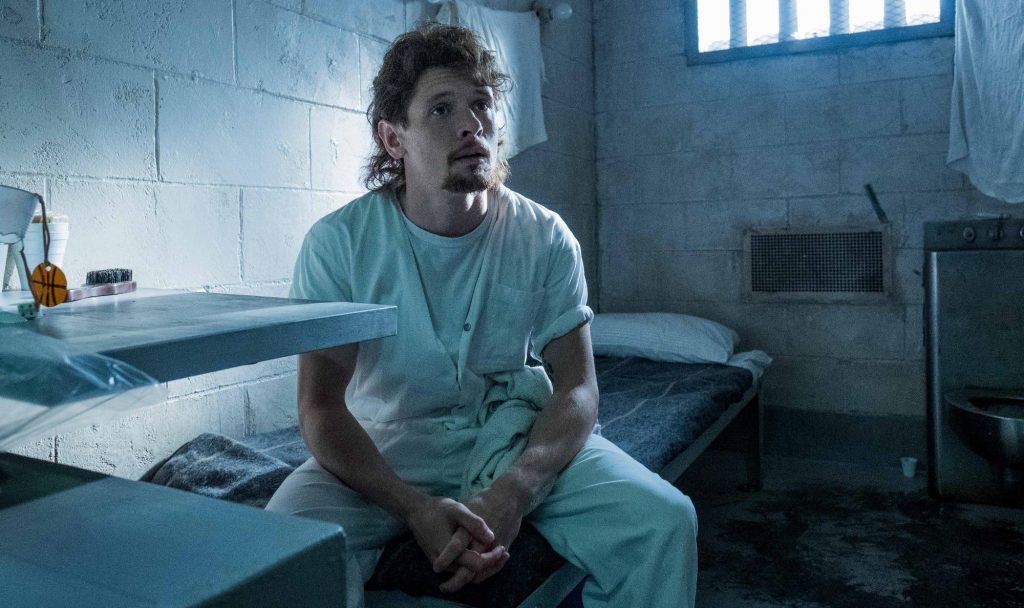 And yet, the film has little to elevate the rest of the material. Director Zwick may not be making a film as large scale as Glory or Legends of the Fall, but his involvement in a personal drama could do more than have it all rest on style-less shots of actors doing their job. There are scenes of Willingham speaking with his silent dead daughter that attempt to bring out something in the direction, but that’s about it as far as giving this film a stronger identity. It’s almost a major issue towards the end when an unexpected event takes place that could come off as entirely ridiculous were it not for this being a fact-based account of actual events.

Trial by Fire does have admirable qualities. O’Connell and Dern are terrific and fully-committed to doing more justice to their roles than there was for the actual Cameron Todd Willingham. The story being told is also compelling enough to keep the film watchable (and for those more curious about the political elements, Incendiary: The Willingham Case is a documentary that would help round out this experience). Alas, with a choice to mostly hit the big beats as needed, with heavy scoring and quiet close-ups to maximize implied emotions, Trial by Fire doesn’t overcome the realm of a mild docudrama. 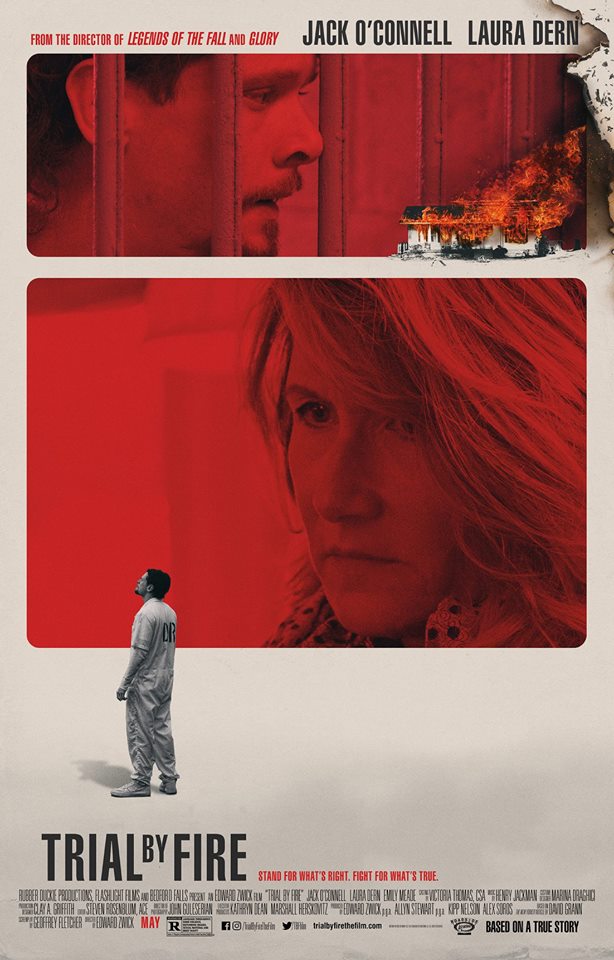