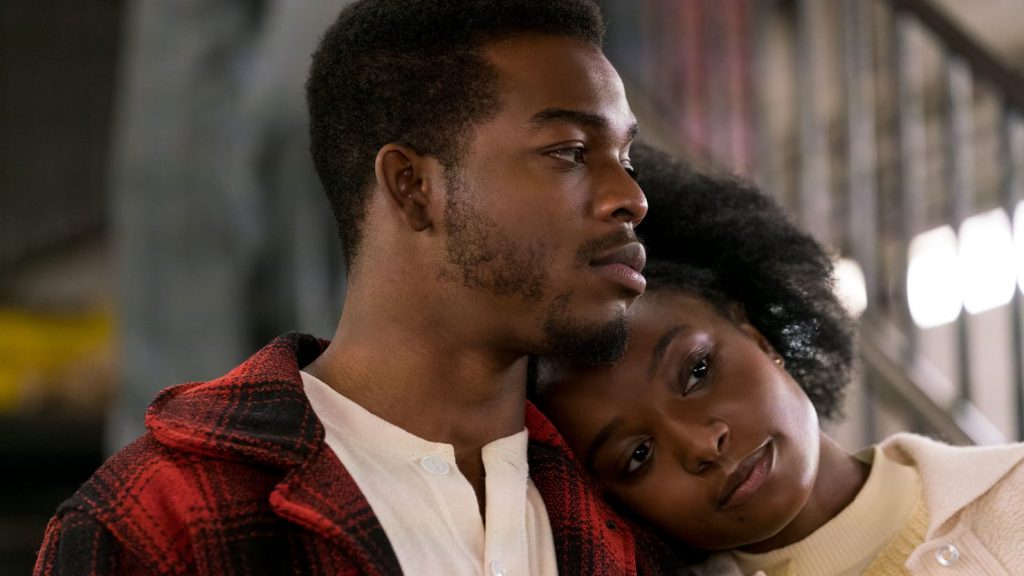 It’s incredible to see so much power in If Beale Street Could Talk come from the way characters are presented to us. Intimate and personal, as well as alive and electric, director Barry Jenkins’ follow-up film to the Best Picture Oscar-winner, Moonlight, continues to show what an incredible force he is as a director. This is done without flashiness. While the film is brimming with warmth and a well-crafted, non-linear story, the ambition on display does not derive from an approach requiring overt displays of technical ingenuity. Instead, Jenkins relies on confidence afforded to him by his actors, and the various filmmakers he is working with. The result is a movie that deals with important themes and realistic scenarios while providing characters who are beaming with life.

Beale Street is based on the 1974 novel by renowned writer and civil rights activist James Baldwin. The film is set in the same year as well, taking place in Harlem. As one could expect, it’s not as if much would need to be done to update the story to modern times, as the film is tackling some universal ideas, including the nature of love and sacrifice, as well as the social status of black people.

There’s an array of things that go with people of color during this (and any) time, and Beale Street could easily serve as a slice of life drama about living and what it means to become an adult and begin a family. Sadly, for all the tenderness found in this film, the drive of the story revolves around wrongful accusations as a result of racism, and imprisonment. 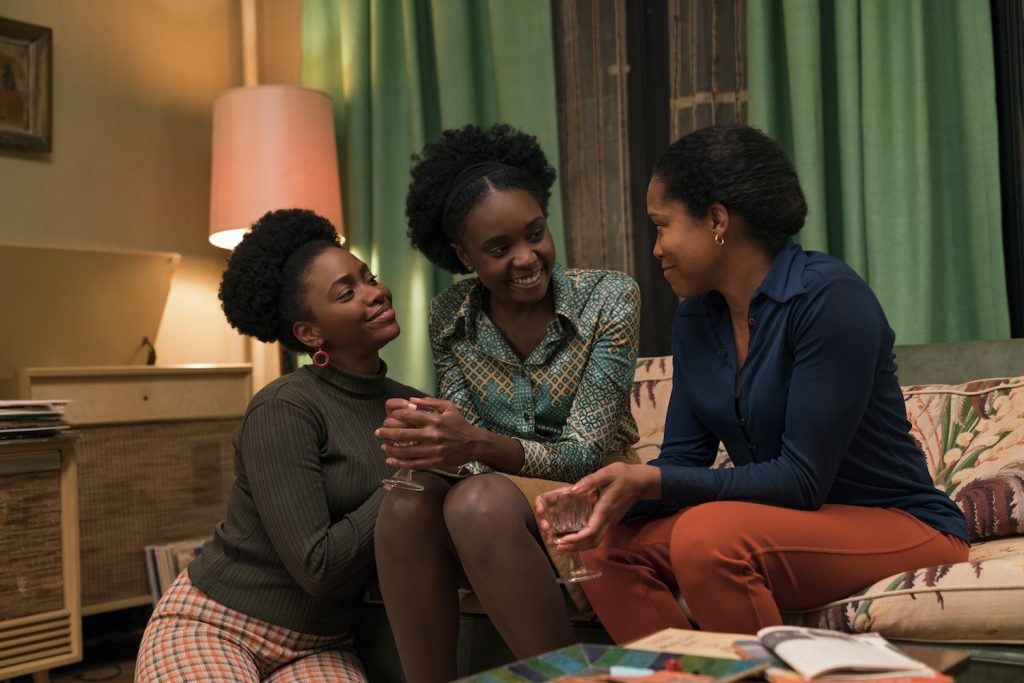 KiKi Layne stars as Clementine “Tish” Rivers, a 19-year old woman in love with Stephen James’ Alonzo “Fonny” Hunt, a 22-year old sculptor. The two eventually become engaged, with Tish learning she is pregnant, but not before Fonny is placed in jail after being falsely accused of rape. The fact that the nature of Fonny’s arrest is presently topical in more ways than one only adds to the sort of impact his situation has on the story, but this movie is very much about detailing how things are rigged against people like Fonny and Tish.

Told with flashbacks, Beale Street doesn’t spend all its time going over the trials and tribulations of Fonny’s situation. Thanks to effective editing by Joi McMillon and Nat Sanders, the weaving together of this tale never comes across as confusing. Instead, the film has a rhythm suited for properly exploring these characters.

We see earlier times in the lives of Tish and Fonny, watching important moments that best delve into the connection they share. Watching the two of them let their minds do the work when it comes to their future potential as far as homes and living says a lot about their hopes. How they relate to other friends, including Brian Tyree Henry in a brief but pivotal scene speaks to what kind of people they are and what is going on around them. 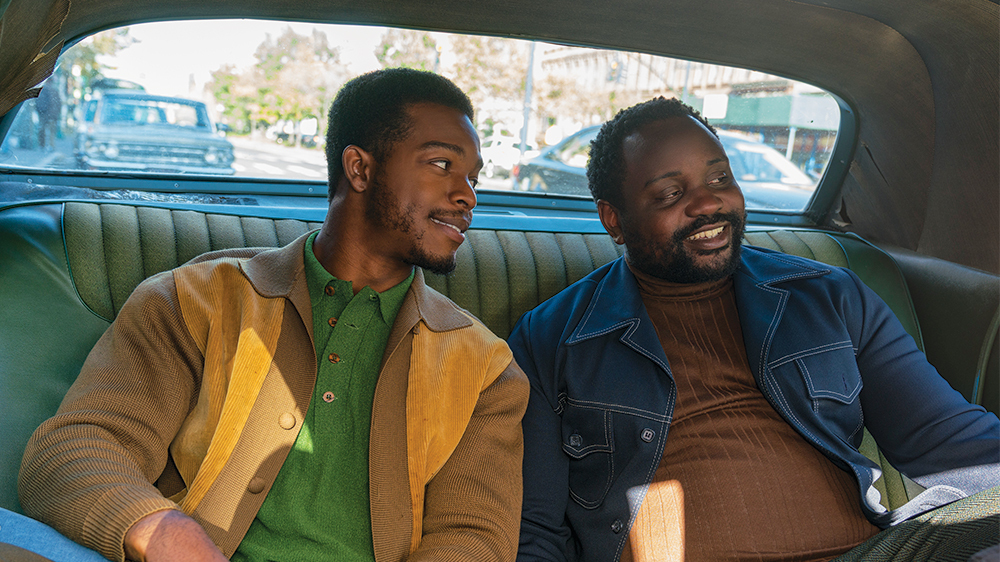 Plenty of time is also spent with Tish’s family. Regina King and Colman Domingo co-star as her parents, with Teyonah Parris as Tish’s sister. While King has rightly earned the most accolades, a sequence featuring Tish and Fonny’s families accomplishes everything necessary to delve into who these people are, what kind of care they have for their children, each other, and how things can go from respectable to cruel in an instant. Jenkins adapted this story from Baldwin’s novel, but the care that goes into matching his words to character-defining moments goes a long way in having us understand the history of each character, regardless of how much time has been spent with them.

Beyond the effective storytelling is the other important layer bringing this film high up in its status as impactful dramatic filmmaking. The elegant construction is assembled so well thanks to a beautiful score by Nicholas Britell and brilliant cinematography by James Laxton. With memorable themes that hold onto the film’s tone so well, it’s hard to look at another score from this year in film and find it more fitting. At the same time, the look of Beale Street is a triumph.

While not a new concept, the rise in notable black filmmakers telling black-themed stories has also led to an increase in understanding of how to properly light black skin. As a result, Beale Street pulls off more than presenting an acceptable look for its characters. The film may go down darker paths given the status of Fonny through much of the film’s present timeline, but it never loses its excellent sense of color use. 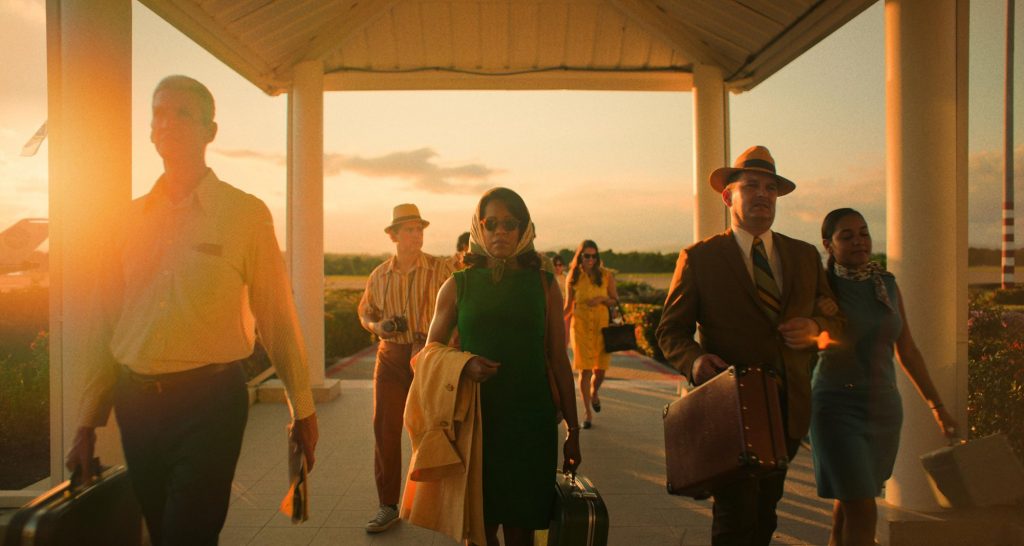 This is a warmly shot film where everything comes alive thanks to appropriate lighting and a choice to stay away from equating saturation with sadness. An emotional story doesn’t need to be drained of color to inform the audience of what they need to feel, and Beale Street chose an applause-worthy direction as far as how we see homes, prison, streets, and any other environment in the way we do.

Of course, as stunning as the film looks, the sense of tragedy is sitting right in line with the striking depiction of romance and devotion to family. The difficulties of incarceration when it comes to black individuals is a necessary topic that is remarked upon throughout the story. Whether it’s the scene with Henry’s character who is an ex-convict dealing with life outside of jail, understanding the weight of being apprehended by police, or the sense of acceptance that comes with Fonny’s unfortunate predicament, we are witnessing a society that doesn’t traffic in fairness.

As mentioned earlier, this story could be updated to modern times and not be told differently. While this is a story that humanizes black men, it is still one that shows how optimism can come to a crashing halt. It’s a reflection of what Baldwin had seen, now put to film during a time when Jenkins continues to see the same thing.

On the positive side, Beale Street is the result of hard work from those making another kind of difference. The artistry on display to show a cinematic depiction of the black experience is something to look for. It helps that Jenkins is also in a time when creators such as himself have a voice in narrowing the gaps between what kinds of stories are given the most attention. There’s nothing like seeing how the past and present are both different and the same, and If Beale Street Could Talk, you should be sure to listen and see how it could affect your future. 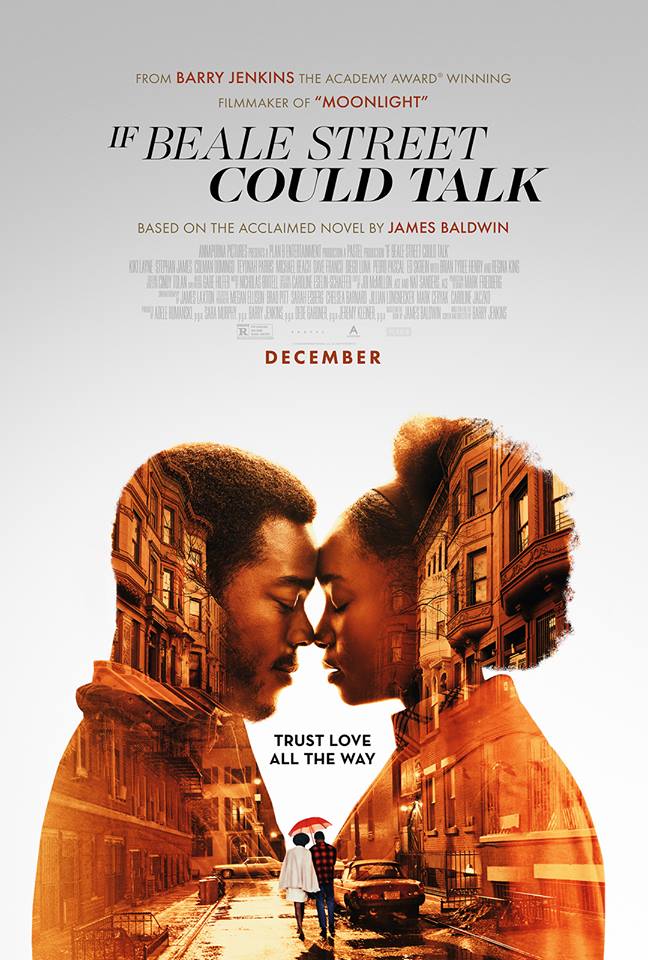