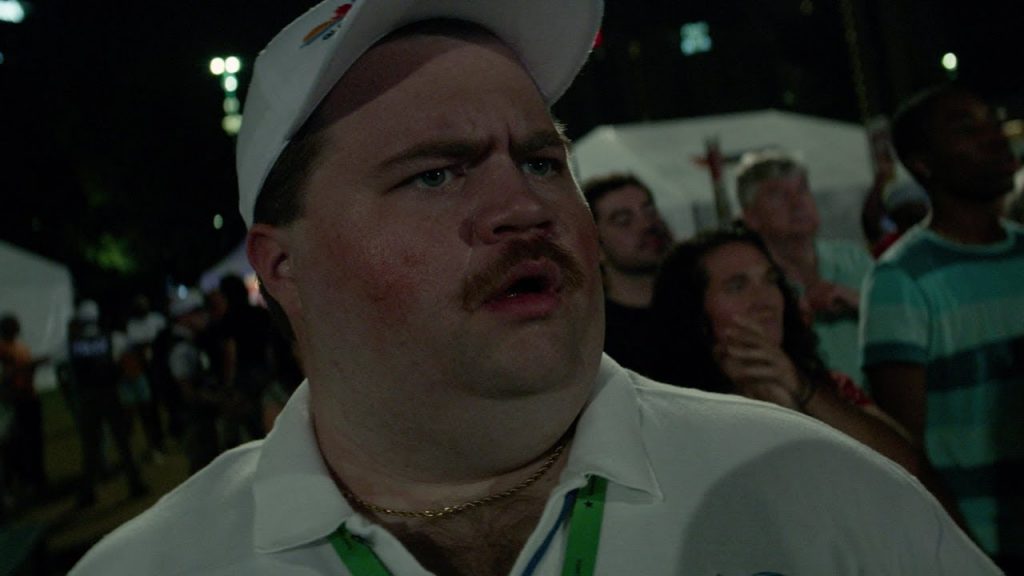 Closing out his shaky decade’s worth of movies, Clint Eastwood finishes off the 2010s with another “ripped from the headlines” story concerning an unlikely hero. Fortunately, Richard Jewell is the sort of film that fits right into Eastwood’s wheelhouse. He has a story concerning a man betrayed by the system he has grown very close to, challenging his American ideals, with a solid supporting cast to help everything along. While the messaging is a bit obvious, and the straightforward approach allows for a more intense trailer than an actual feature, Richard Jewell still works as a confident drama at its best when keeping the focus on its hero.

Having served as a standout supporting player in BlacKkKlansman and, more notably, I, Tonya, Paul Walter Hauser managed to land himself in the very fitting position of this film’s title character. As a character actor with enough good spirits to know the types of roles studios will pitch at him more often then not, if this becomes his one key chance to shine in a leading performance, so be it. Hauser stars as Richard, a security guard whose no-nonsense attitude towards the rules of the job found him in the unexpected position of saving a lot of lives from a bombing attack.

Having been bounced from various law enforcement and security jobs beforehand, settling in for security detail on a night where he had diarrhea (based on the now-deceased Jewell’s account of the story) was not the setup for hero duty. However, Richard’s discovery of an unattended bag and subsequent reporting it in allowed time to evacuate the area and prevent mass causalities at the 1996 Summer Olympics in Atlanta. Still, not too long after getting his share of fame, the tables are turned when a news report reveals the FBI is investigating Richard as a suspect responsible for planting the bomb in the first place. 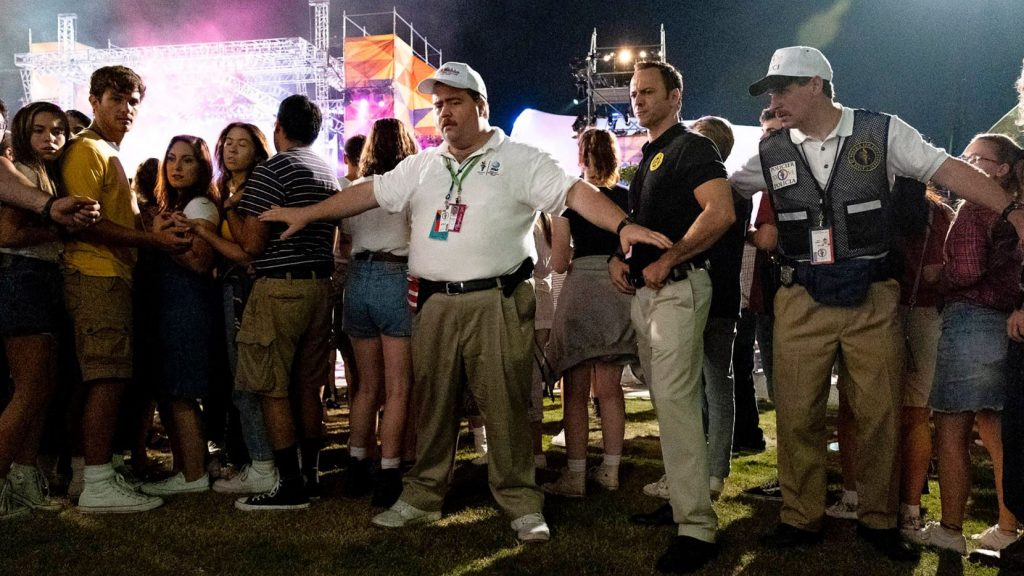 Clocking in at just over two hours, I commend Eastwood’s longtime editor Joel Cox for making a pace-friendly film out of a story such as this. Rather than sit and stew with the various characters we follow along with, the film’s first third is plenty exciting thanks to the suspense of knowing the attack is going to happen. The later parts of the film find the audience wrapped up in the whirlwind of noise created by the media and the FBI (Eastwood’s typical villains). Through all of this, while absent any real ambitious choices, Richard Jewell accomplishes enough to go along with the procedural storytelling at play.

It helps to have such a solid cast in place. Hauser is excellent as Richard. While the film undoubtedly sides with his character, it’s not unwilling to show that Richard was a weird guy. Yes, the actual media, at the time, went to extremes in poking fun at his weight and how he lived with his “mama” (played by an equally great Kathy Bates), but we see all the quirkiness that made Richard who he was. This includes his predilection toward treating authority figures with respect.

Throughout the film, while dealing with the ridicule and accusations, Richard is nothing but hospitable to the forces working against him. A raid of his house, where Richard’s hotheaded and sardonic lawyer Watson Bryant (a terrific Sam Rockwell) insists he be quiet, leads to nothing of the kind. In addition to laying out his many guns on his bed for inspection, Richard says incriminating things, thanks the agents for what they are doing, and even sits down to repeat some key phrases spoken by the actual bomber. It’s the sort of performance that is showy yet full of nuance. We need Richard to act this way, but Hauser still pulls off the trick of making him sympathetic without being cloying. 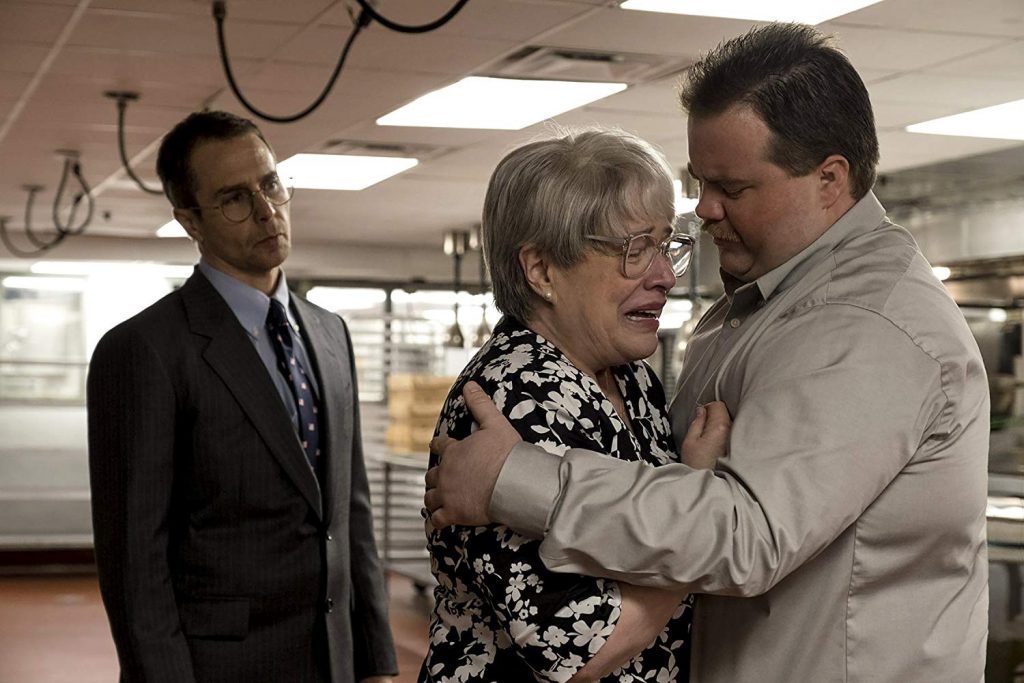 Not hurting is the chemistry he shares with Rockwell’s Watson and Bates as his mama, Bobi. This unit makes for a good team, even if the characters end up feeling like types. Given Eastwood’s hands-off approach to directing actors, it’s great to note how consistently up to the task they all feel. This extends to the other key characters, for better or worse.

Between The Report, Lucy in the Sky, and now Richard Jewell, Jon Hamm is working hard to serve as a go-to antagonistic force doubling as a smug jerk. That said, he wears it well. As FBI Agent Tom Shaw, Hamm must embody the agency as one looking to direct blame, symbolize an establishment full of holes, and yet still seem capable.

Meanwhile, Olivia Wilde plays a cartoon character in the form of Kathy Scruggs, the Atlanta reporter responsible for spreading the life-altering news about Richard as a suspect to the world. Scruggs, who has also since passed away, is depicted as a muckraking journalist literally in bed with the FBI to get her scoop (the Scruggs family have openly complained about this portrayal). There’s a consistency to the performance, at the very least. Still, Wilde and Hamm, away from Richard, tend to feel like distractions more than anything. 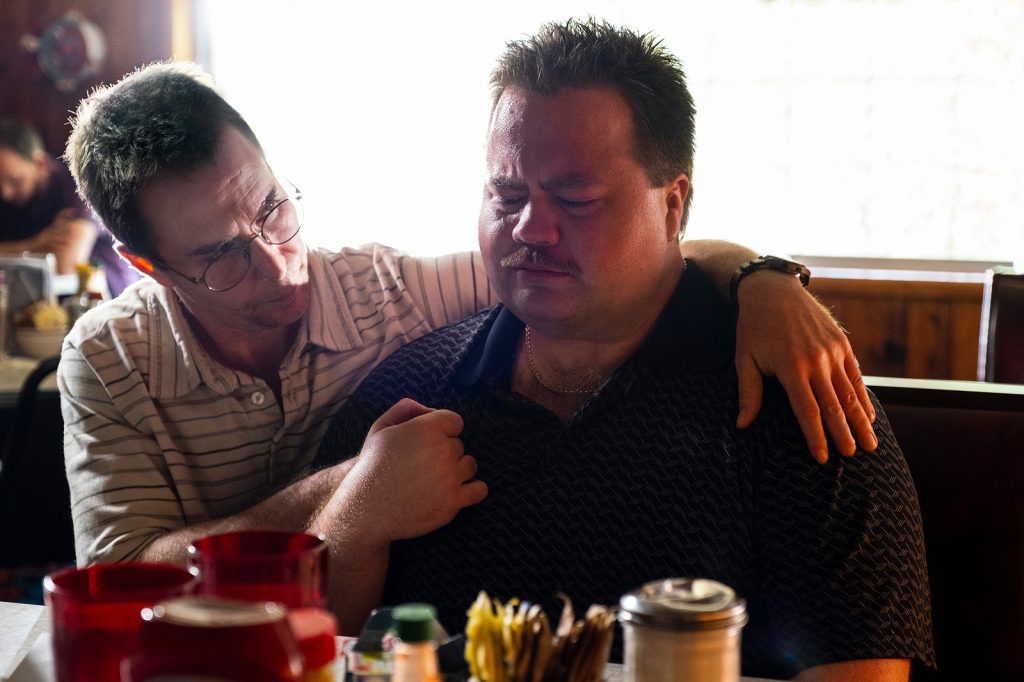 Of course, providing Richard Jewell with the narrative energy created by these characters does keep things moving. It’s just unfortunate to find the ultimate messaging so ham-fisted. A late scene finds Watson storming into the newsroom to give a takedown to the press unsuccessfully aspiring to feel like a breaking point in an Aaron Sorkin script. Richard has a better scene that allows him to share his disillusionment with the FBI finally. While moments like these are inevitable, Eastwood’s more successful Sully found a better way to capitalize off taking the system to task (“Birds”).

These factors only matter so much in a film about an oddball character dealing with the cruelty he faced. There is also an early scene reflecting on 1996 by having Eastwood stage a scene of hundreds of extras performing the Macarena. Basically, even at 89, the acclaimed director still knows how to mask his disdain for crowds of people with fun period-appropriate moments, before settling in for a grounded and compelling story surrounding an ordinary man. Since Richard Jewell saved lives, Eastwood is at least able to tell his story well enough. 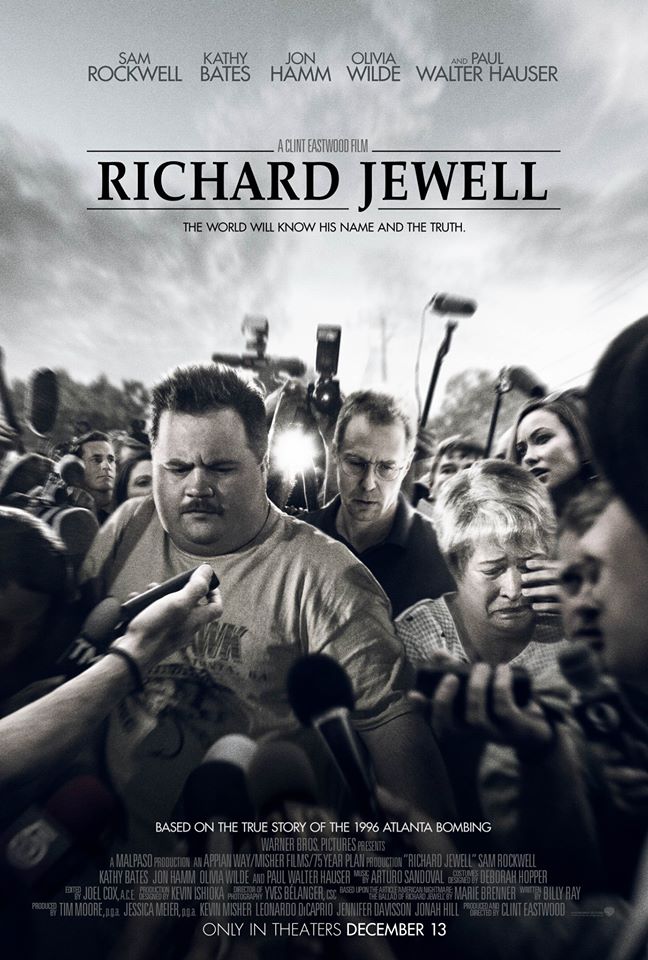