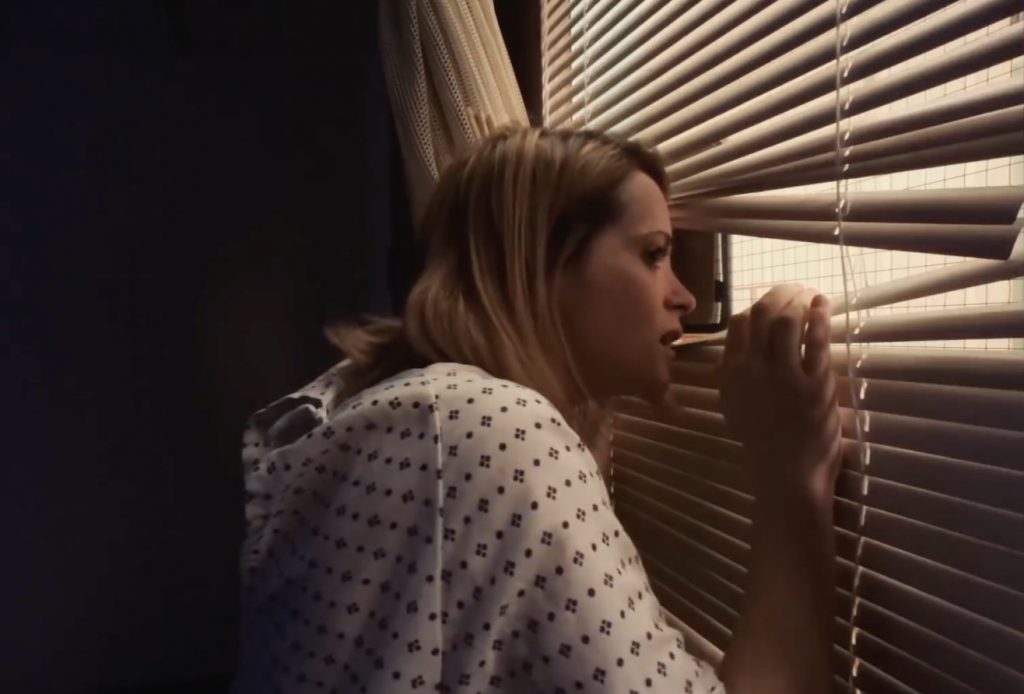 The benefit of having Steven Soderbergh back directing feature films, after publicly declaring he was retiring from this system, is how I do not know what to expect from him. Regardless of how well his experimenting outside of major studios goes (Logan Lucky deserved better!), the concept of getting various genre and arthouse features from Soderbergh will go a long way in continuing to keep me interested in him as a maverick filmmaker. Unsane received notoriety right away for being a film Soderbergh made in secret and shot on an iPhone 7. The novelty obviously adds something to garner this low-budget psychological thriller more press, but with Soderbergh being as talented as he is, the film works far better than it would as a random, mid-budget studio film.

Unsane stars Claire Foy as Sawyer Valentini, a businesswoman with issues and a name perfect for movies. Sawyer uprooted her whole life due to a stalker but still has problems seeing his face in random places. In an attempt to help herself, Sawyer decides to seek some support from a therapist. In signing up for further service in a group, she inadvertently has herself committed to a mental institution. Making matters worse, Sawyer is convinced her stalker, David Strine (Joshua Leonard), has found her and taken up a position as one of the members of the staff. Is this the case though, or is Sawyer losing it over the stress of being trapped in her situation?

If I were to point out one issue in a film that can be seen as having many holes were one to look closely at it, it’s how Unsane decides to make a clear choice on what’s going on with Sawyer at a relatively early point in the film. Based on the film’s construction, I would have much preferred being in the dark in regards to how I’m supposed to understand Sawyer’s mental state. Instead, the film chooses to have us looking at her more from the outside, as opposed to keeping our perspective in line with hers. Blurring the lines when it comes to what’s real and what isn’t feels essential to a film like this, but apparently, that wasn’t something being considered after a certain point. 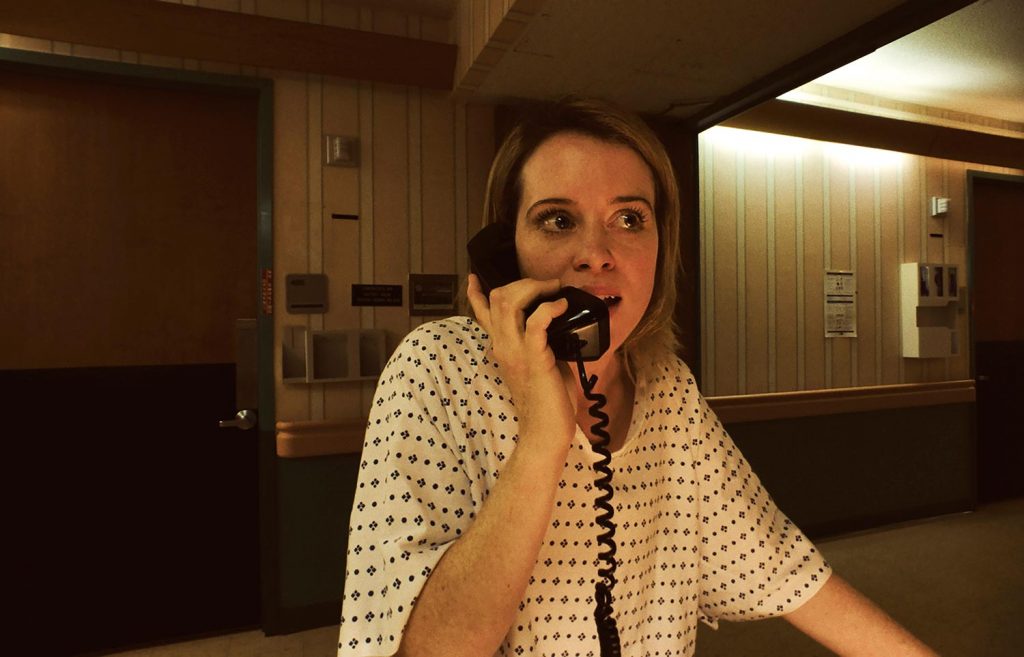 However, there is still something entertaining about the acquired frustration that comes with the setup of the film. For whatever reason, I tend to find myself thoroughly engaged in a movie that seeks to irritate me by way of logical reasoning countered by the unfortunate, yet very human choices. The way Sawyer attempts to handle her realization that she’s committed herself is farfetched but plausible in the way we see her and the people she is dealing with attempt to communicate. Yes, I wanted to hurl myself at the screen, into the movie, and tell everyone to pause for two seconds and come to a more rational conclusion as to what’s going on, but I say that in a good way.

My empathy levels kick into overdrive with a film like this, because Unsane does a fine job of tapping into Sawyer’s helplessness. Based on these choices, Foy is terrific in the movie. As a bright person whose agency is taken away, she has a chance to shine throughout a film so heavily devoted to breaking her character down. And interestingly enough, whether he’s real or not, Leonard is also great in this film. Playing a character whose name alone, “Strine,” is designed to make you feel uncomfortable, Leonard has a way of softly delivering his dialogue, which keeps him believable and all the creepier.

The other element that allows this film to work far better than it should is Soderbergh. Obviously, the idea of filming on an iPhone functions as a sort of novelty, and the film is not nearly as visually pleasing as Sean Baker’s Tangerine when it comes to capturing the wonders of sunlight at magic hour. However, there is something to be said for the confines of using the iPhone. Soderbergh goes for a claustrophobic sense of space when it comes to depicting Sawyer’s world and her mind. It emphasizes why I didn’t like seeing outside perspectives in the film, as much of the movie’s first half can be seen as messing with the audience, thanks to directorial choices. It’s perhaps a credit to Soderbergh in how the film manages to have the viewer forget it’s all shot on the phone at various points, but it does take away from the unique atmosphere that was set up. 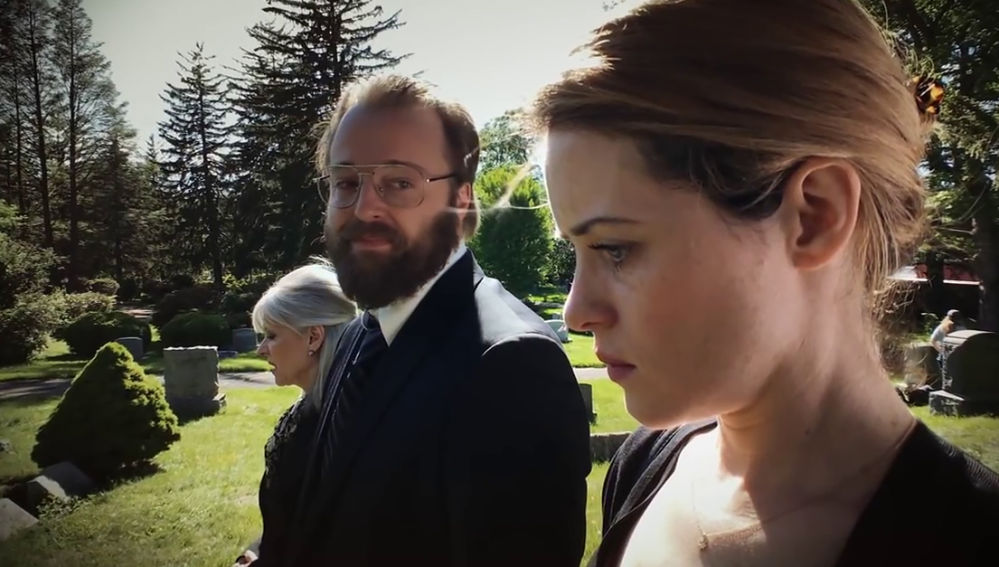 I cannot deny enjoying a sense of process on display either. There’s a matter-of-factness that’s not uncommon to any of Soderbergh’s film when it comes to seeing how things work in an unflashy manner, whether it’s a genre film like Contagion or something more real world-based like Traffic. Unsane has a chance to explain how drastic of an effect a stalker can have on someone’s life, in addition to seeding some characters that will go on to make discoveries plausibly. For a film that could be defined as a horror movie, there are moments like this that make the torments Sawyer faces feel grounded.

Coming in at just over 90 minutes, Unsane does enough to make the concept work as a proper genre exercise. I can’t say I was completely fine with the way certain reveals were made, but the film still works as a compelling thriller. The acting from Foy and Leonard, along with supporting actors Jay Pharaoh and Amy Irving, are enough to help push the film to a higher level as well. Whether Soderbergh is trying to put out an additional message about the dangers of male aggression as well, he’s fittingly chosen the route of letting a genre film do a better job than a standard “message film” that tends to be associated with regular dramas. Unsane does have a message you can take in, but it works as a wildly frustrating (in a good way) thriller. 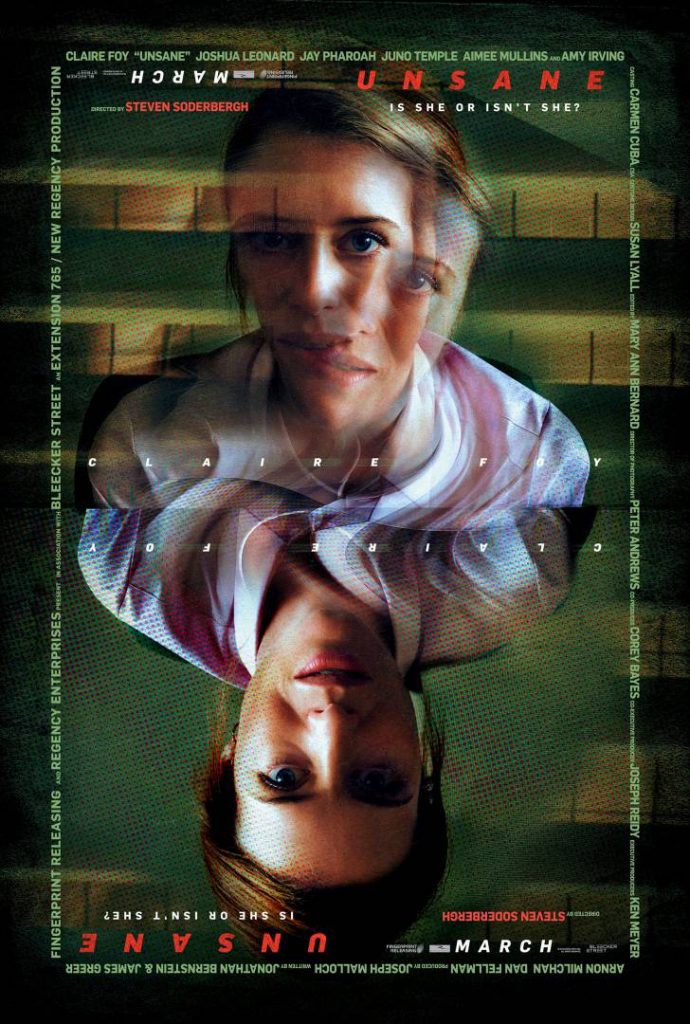 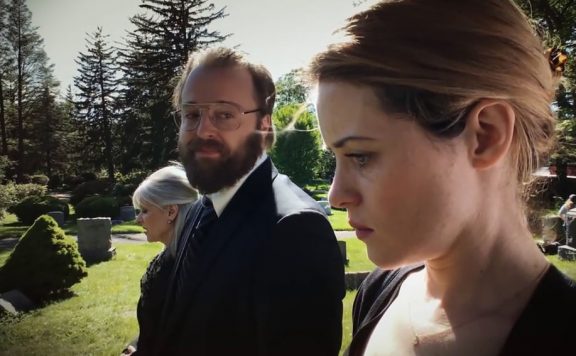 ‘Unsane’ Star Joshua Leonard on Complexities of Being a Stalker
March 22, 2018