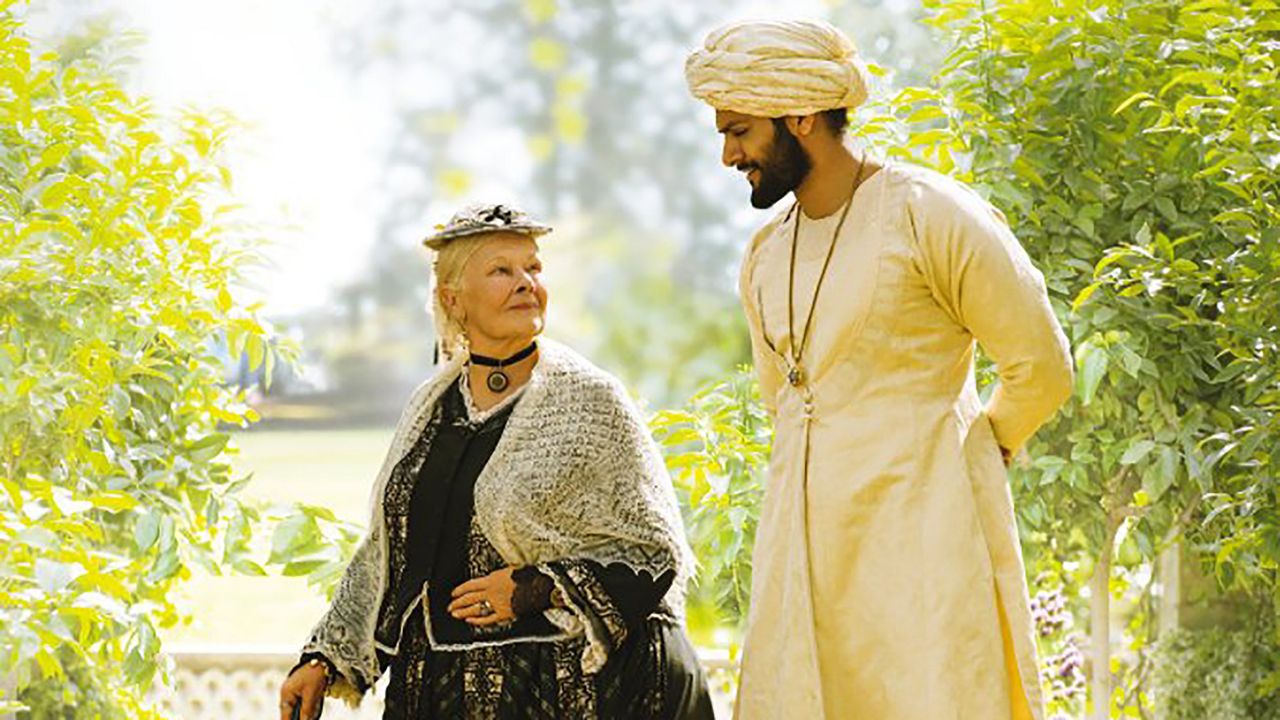 Director Stephen Frears is no stranger to peeling back the lesser-known aspects of the British monarchy. After highlighting Elizabeth II’s (Helen Mirren) personal crises in 2006’s The Queen, Frears shifts his energy on the latter years of Queen Victoria.

While other bio-pics like The Young Victoria and Mrs. Brown concentrated more on the monarch’s earlier years, Victoria & Abdul picks up with the queen’s Golden Jubilee in 1877. To celebrate fifty years on the throne, India offers a ceremonial coin to be presented. Abdul Karim (Ali Fazal), a humble clerk from Agra is tasked to travel thousands of miles to do the job. Alongside a last-minute companion in Mohammed (Adeel Akhtar), Abdul is dolled up for this elaborate presentation on a completely different continent.

Everything goes according to plan except that Abdul steals a glance of the aging queen (Judi Dench). Handlers around the palace warned him not to make eye contact. However, Abdul catches the queen’s attention and is quickly assimilated into the household. A few formal services transform into a more intimate friendship. Victoria promotes him to servant and she becomes inquisitive of the culture she so distantly runs. Abdul obliges, becoming her munshi (Indian teacher) and enriching her knowledge of the language Urdu and of the Koran. This doesn’t set well with the other royals or the household.

As the title card suggests, Victoria & Abdul is “based on a true story…mostly.” So we come to expect plenty of creative liberties to be taken with the narrative. What director Frears and screenwriter Lee Hall (War Horse) do with this part of the under the radar history is intriguing. It’s simply a juggling act of comedy, political and familial drama and the unlikely interpersonal relationship we would expect. Comedy is dispensed early as Abdul and Mohammed move beyond the flood gates of royal protocol. Eddie Izzard’s Prince Bertie emerges as a more bratty adversary for both Abdul and his mother. It’s not until the end of the film when his threats hold much more weight.

The heart of Victoria & Abdul is the wondrous chemistry between Dench and Fazal. Fazal’s Bollywood presence is electric, though admittedly we see more through the eyes of Dench’s Victoria much more. That imbalance is slightly jarring once we move past the Fazal’s fish out of water beats. He’s the lending spirit where the rest of her family and politicians fail. All they see is an Indian Muslim, shackled by prejudice. Which gears are spinning through his head when he’s forming a closer bond with the queen. Sadly, we don’t have those definitive answers.

Dench remains a royal treat, assuming to role of Victoria once again. While it’s not the sequel to Mrs. Brown (also starring Dench) per say, there is this sense of ultimately being the next chapter. The beats are all too familiar as the queen takes a liking to manservant and aggravates her family.

Visually, Victoria & Abdul is another stunning and fully-realized costume drama extravaganza. When it comes to the pomp and circumstance of British monarchy, we expect nothing less. Later in the film, Victoria is so captivated by Indian culture that she transforms one of the palace rooms into a tribute to her territory.

Once you become wrapped up in the friendship between Victoria and Abdul, you don’t even realize that the course of the events occur over a near 15-year period. It’s wowing that such a major chunk of her reign wasn’t detailed until Abdul’s diary was released in 2010. Even if plot elements were altered along the way, we’re still front row to a heartwarming tale of friendship.