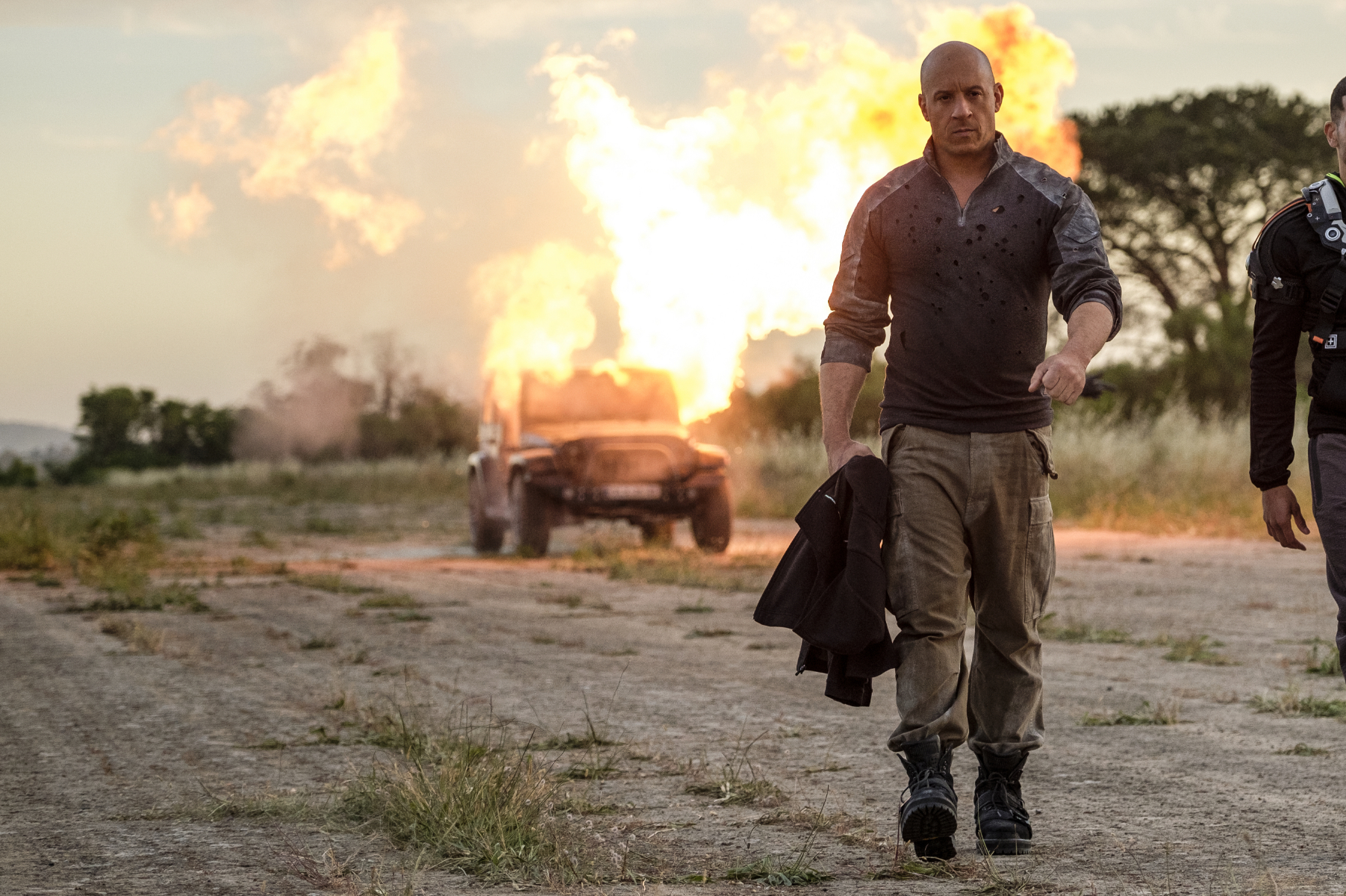 There’s only so much to do with a movie that wants to keep trying to show you how cool it is. Try as he might, macho nerd Vin Diesel doesn’t have much to offer to action flicks outside of his established franchises. Attempting to create a new one with Bloodshot is a good reminder of this. For all the charisma the gravelly-voiced actor brings in screen presence, he’s not much of an anchor to solo projects designed to feel slickly executed, yet come off in ways that range from undistinguished to just plain bad. I’m not saying Diesel should only stick to cars (Riddick is still out there), but his geeky obsessions can only take him so far.

Diesel stars as John Bloodshot. Okay, that’s not true. His name is actually Ray Garrison, but the film is so reliant on showing us exactly the kind of star power Diesel brings to cinema, there’s no way a majority of audience members won’t just think of him as “Diesel” in the back of their minds while watching. It’s not a lack of trying on his part. Still, even as a soldier enhanced by nanotechnology to make him superhuman, there’s nothing here to indicate any layers beyond, “and now Vin Diesel is a bioweapon.”

There’s a plot that goes along with this. Basically, Garrison has been brought back to life with this high-tech Frankenstein business by a totally not evil scientist/billionaire played by Guy Pearce. Pearce’s character, Dr. Emil Harting, has a robot arm, so you can instantly feel like he knows what he’s talking about and have some sympathy for him. Oh, but that robot arm can also pound tables, so maybe there’s more going on here than one would think. 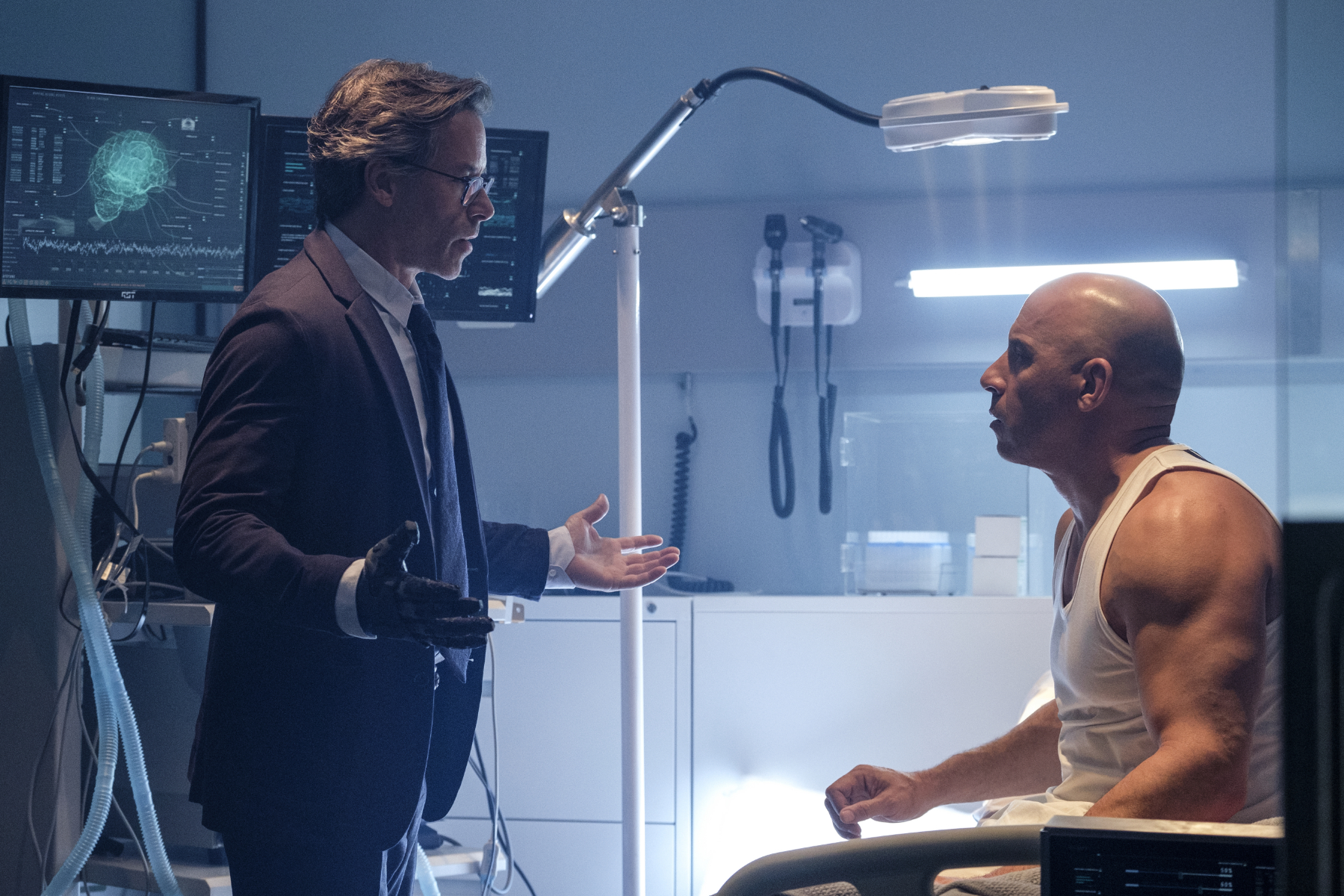 Looking at this film now, I wonder what it is trying to say about people with disabilities. In addition to Dr. Harting, there’s also Sam Heughan as Jimmy Dalton, another super soldier and amputee, whose legs have been replaced with super-strong robot legs. The guy is also a jerk every second he’s on screen. At the same time, there’s another henchman (sorry, but yes, they are working for the bad guy), who is blind, but equipped with cameras all around his body so he can see everything. This guy has no discernable personality.

So, I guess there’s an “anybody can be anything” message buried in here somewhere, but I digress. It’s something to consider, as the plot has nothing to really offer. I kept losing interest, but the basic gist is Garrison being reprogrammed with a blank memory over and over to use his new abilities to kill off various people for mysterious reasons. This means having supposed memories injected into his mind, but that pattern eventually breaks thanks to a rogue programmer, Wilfred Wigans, played by comedian Lamorne Morris, sporting a British accent for no real reason other than the fact that it enhances his humorous additions to an otherwise bland screenplay.

Morris does some heavy-lifting to keep things enjoyable, but there’s really little to get out of this movie. That’s almost impressive, as it has Diesel as this hybrid of RoboCop, Chev Chelios from Crank, and Frankenstein’s monster inserted in a world where civilians have little care for the massive destruction taking place around them. Even on the basis of wanting to have silly fun, I could not have felt less involved with a feature bent on once again showing that Diesel can be the coolest guy in the room since he lifts weights, delivers snappy line readings, and goes after revenge for his dead girlfriend. 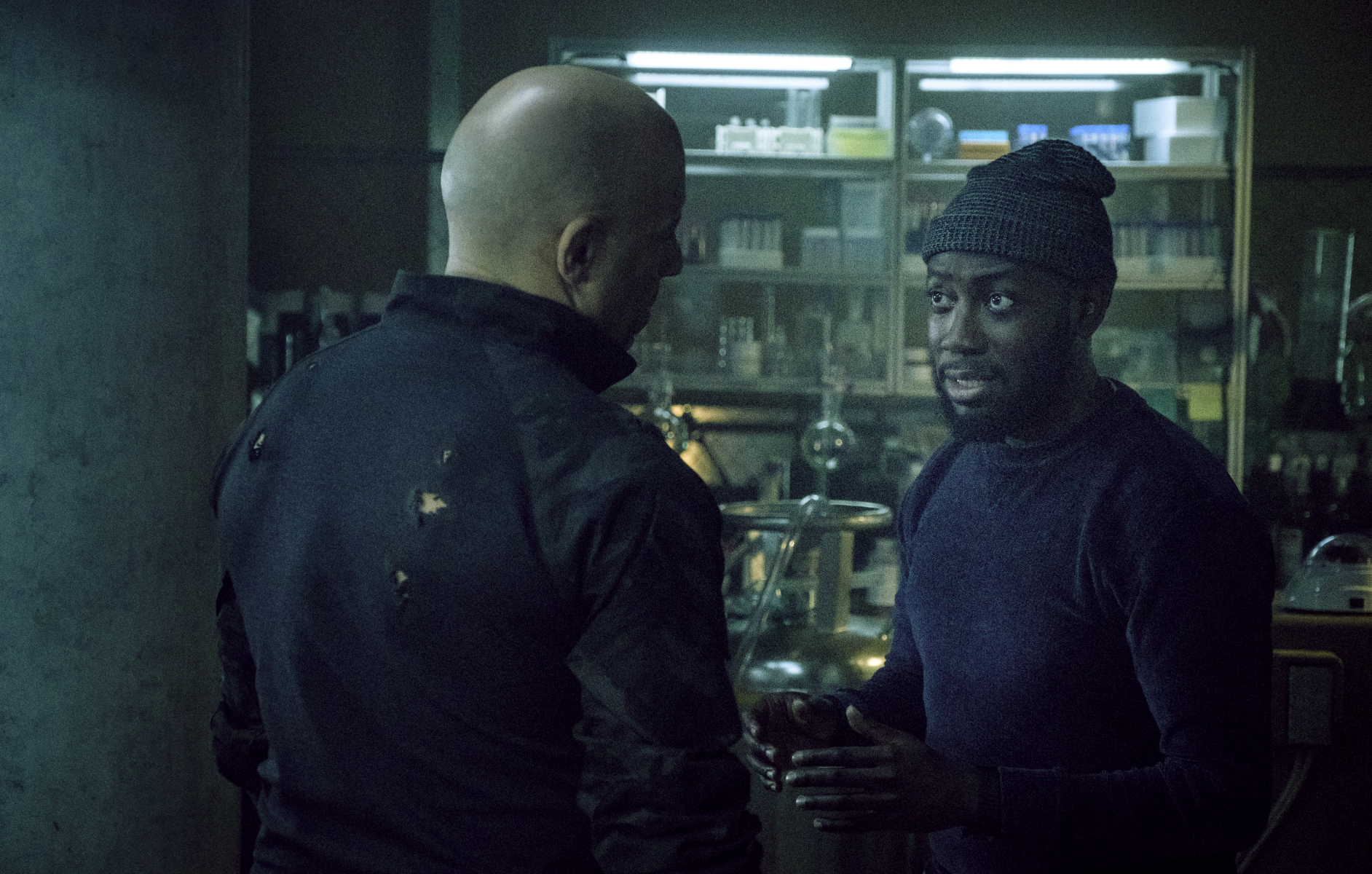 Here’s the thing, I really enjoy Diesel and his efforts to bring his Dungeons & Dragons-loving personality to the films existing outside the massive Fast & Furious franchise. However, whether it’s a lack of studio commitment to a pure Diesel vision (2004’s Chronicles of Riddick was truly the only mega-budget attempt at this) or a clear display of how limited his skills are in this territory (along with his various collaborators), it just feels unwise to keep trying. As a voracious comic book reader, I’m sure Diesel has some level of attachment to the Valiant Comics character, but director David S. F. Wilson only does so much to make the most out of putting a comic-like sense of visualization on display.

There are some attempts to capture what should make Bloodshot thrilling when seeing his powers in action. Heavy use of slo-mo means watching Garrison get blown to pieces and then reassemble himself. Whether or not the character is supposed to feel pain when any of this happens is left unexplained, but there’s a certain iconography of a character constantly riddled with bullet holes that’s neat to see in a live-action setting. A shame most of the action scenes are edited within an inch of their life, including a foot-robot-leg-motorcycle chase through a city. In a vacuum, a major fight in an elevator shaft is the stuff anyone would be excited for, but there’s only so much to like in a film that’s had me working to stay interested in getting to this point.

Perhaps if the film was given more quirkiness, such as the Wilfred Wiggins character, there’d be more fun to have. Instead, there’s too much seriousness across the board. From Eiza Gonzalez’s KT, another enhanced character who can do whatever the screenplay needs at a given moment, to Pearce’s surprisingly restrained villain role, Bloodshot seems afraid to let loose and embrace the pulpier elements of its premise/source material. In fact, Toby Kebbell drops in early on to seemingly tease the audience with the idea of this film having some goofiness under its sleeves, only to remove that aspect fairly quickly.

Bloodshot is not a miserable experience, but it feels like a botched attempt to combine what Diesel can bring to a film with a premise that’s uniquely off-brand in the realm of superheroes. Supposedly the beginning of a Valiant Comics cinematic universe, the film is thankfully absent of franchise set-up moments, opting to tell one complete story instead. It’s just a shame the story feels so unremarkable and lacking in the sort of fun I know could have been had. Here’s hoping Diesel can find something more interesting to attach himself to, but for now, it may be better to stick to what can be done in quarter-miles at a time. 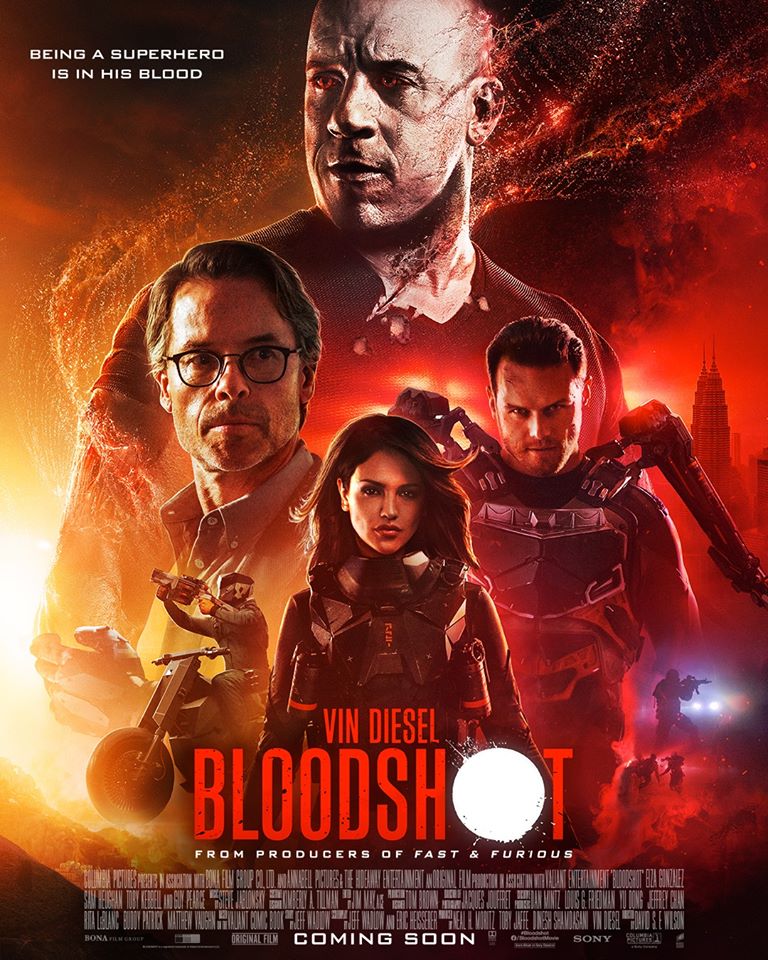