It’s no secret that even suggesting a remake or a reboot of a franchise is open season for its die-hard fanbase. To incredible surprise, last weekend’s Beauty and the Beast proved that while some classics don’t necessarily need to make redone, there is still an appreciation for what the new material is out to accomplish. Already one week later and Saban’s Power Rangers is the next franchise on deck. Yes, Power Rangers is back.

The Power Rangers brand has only existed stateside since 1993. However, the concept has been swirling around Japan since 1975 as Super Sentai. While our heroes and villains are always swapped out for fresher faces, the idea remained constant. Five color-coded teenage superheroes defend Earth from some cartoonish evil. The formula’s been successful for 40 years as they fight as armored warriors, relying on teamwork, friendship and selflessness. But once the baddies get a bit tougher (a few minutes later), they summon their zords for the real showdown.

The remake focuses on revisiting the 1993 iteration in modern times. We’re back in the small town of Angel Grove, where five teenagers stumble across ancient glowing coins. Fate has chosen them to become the Power Rangers and protect Earth from the villainous Rita Repulsa (Elizabeth Banks). For those who watched the series know the five simply as Jason (Dacre Montgomery), Kimberly (Naomi Scott), Billy (RJ Cyler), Trini (Becky G) and Zack (Ludi Lin).

While there’s much inspiration from that original season, this is the Power Rangers for 2017. The rangers aren’t the squeaky-clean teenagers some of us might of grown up with. Within the first five minutes, Jason, who’s still the stereotypical jock, pulls a practical joke landing him in detention. There he meets Kimberly, who’s wronged her friends pretty bad for high school standards, and Billy, who’s transformed from cliché science nerd to autistic loner. Zack and Trini are introduced a bit later in the film and are saddled with their own issues. That’s right, we have ourselves a Power Rangers movie that develops characters. And like the original five, their chemistry clicks instantaneously.

By default, Power Rangers is the series’ first origin story on the big screen. Mighty Morphin Power Rangers: The Movie was nothing more than the rangers upgrading their powers to ninjas. The same goes for its 1997 sequel, Turbo: A Power Rangers Movie, which bridged shows Power Rangers Zeo and Turbo. Director Dean Israelite and screenwriter John Gatins have much more flexibility in developing a new world and an updated mythos.

Power Rangers doesn’t rush straight into cheesy fights with its nameless evil minions and the signature big boss battle. Except for a prologue featuring older generation of rangers, the film slowly builds upon its mystery and teen bonding moments. Surprisingly enough, the majority of the reboot has little to do with the suits or over-the-top karate moves. But when that third act explodes onto the scene, it’s vintage Power Rangers. Sadly that disrupts the more serious tone the first 90 minutes was attempting to convey. But it’s a Power Rangers movie and silliness is synonymous.

Franchise staples such a Zordon (voiced by Bryan Cranston) and robotic sidekick Alpha 5 (voiced by Bill Hader) are both serviceable. Zordon’s been upgraded from a floating head in a tube to an over-sized pin-art toy from Spencer’s. Alpha 5’s just as annoying as his TV show counterpart, yet Hader approaches him with such endearment. Elizabeth Banks’ Rita Repulsa would fit like a glove in the original series, ridiculously campy and outlandish. She has this fascination with gold that she wouldn’t do bad to hook up with a certain Mike Myers alter-ego.

Power Rangers managed to do what the Transformers, G.I. Joe and Teenage Mutant Ninja Turtles film franchises failed to accomplish in the last few years. It’s exciting, nostalgic and a thrill ride that brings out your inner nine-year-old self. If you never grew up on the series, there’s no better time to start than right now. That being said, the legacy of the Power Rangers is in excellent hands. 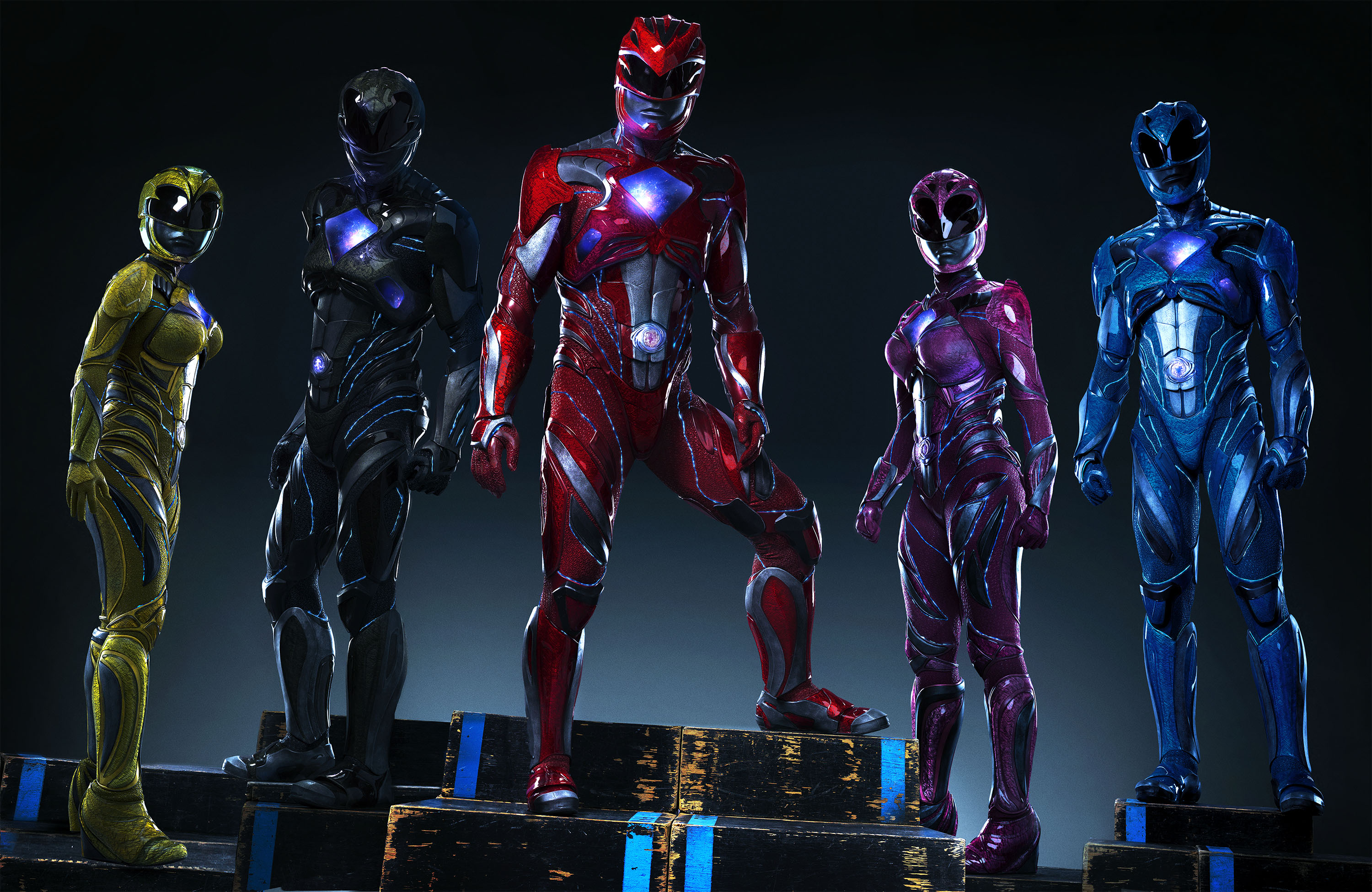