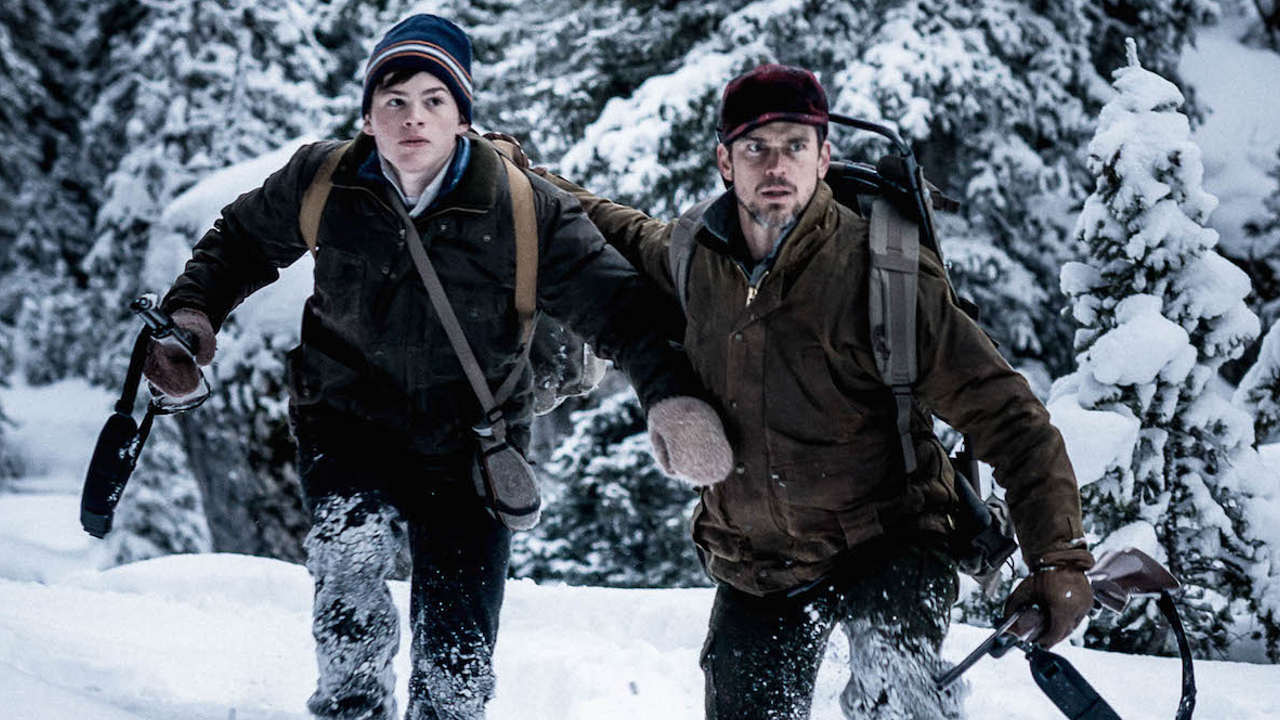 Survival Film ‘Walking Out’ Gets Intense in Remote Montana

Venturing out into a gorgeous, albeit dangerous Montana backdrop, Walking Out embraces a sharp tale of survival fused with generational hunting. Writer-directors Alex Smith and Andrew J. Smith seem to have this fascination with the Big Sky Country. The brothers have set both their previous two films, The Slaughter Rule and Winter in the Blood  there.

Based off a short story by David Quammen, Walking Out introduces us to 14-year-old David (Josh Wiggins, Max), who’s spending time with his divorced father. David’s your typical millennial, fully glued into technology and gaming. To him, hunting doesn’t exactly come second nature. His father Cal (Matt Bomer, The Magnificent Seven) has been born and bred for this life. Though there is this gap that divides the two, Cal wants his son to experience the hunt.

Cal’s perception of the hunt has changed over the years since he tagged alongside his father (Bill Pullman). It’s no longer just about the sport of it all. Instead, it becomes a test of the elements and of survival. From the get-go, David struggles with the basics. Whether it be a quail call or fumbling around with a gun, David’s more of a tag-along than an expert hunter. Cal’s out to change that, especially since he’s been on the tail of an elusive moose as of late. That in itself with make a sweet trophy. For David, that translates into a fantastic first kill.

And for the first half of Walking Out, that’s exactly the focal point of the film. Midway through the film, an unexpected encounter shakes up the entire premise from hunting to survival. Other survival films like The Grey or The Revenant immediately come to mind, though don’t expect that sort of graphic shock value. The end result isn’t exactly pretty, but it’s not a moment where you’re squirming in pain alongside the main characters. That seems to be a general statement about Walking Out. There’s never such overboard melodrama seen in other recent survival films.

Bomer and Wiggins carry the film as the father and son duo for a nailbiting 90 minutes. Except for random flashbacks featuring Bomer’s younger counterpart and Pullman, the Smith Brothers screenplay is predominant on them. Also limited for screen time Lily Gladstone (Certain Women). Bomer gets the most of an off-the-grid paternal figure. That’s a big difference from his roles in Magic Mike XXL or The Magnificent Seven. However, Wiggins get his moments to shine in the second half. As his father’s lifeline, it’s up to him to make the most out of his novice expertise. And while his approach to masculinity conflicts with his father’s, he certainly has his hidden strength to make up for it.

Props to cinematographer Todd McMullen for capturing a beautiful, yet raw look into remote Montana. McMullen has had previous experience shooting for The Newsroom and Friday Night Lights. He visually grounds the perilous journey ahead like a natural. Cal and David certainly do face Mother Nature’s gauntlet ahead. It’s a combination of a tight script, the Smith Brothers’ intimacy with Montana and the raw visual splendor that bring it all together.

As raw and gripping as Walking Out is, this remote Montana odyssey has its quiet moments that let the father-son dynamic flourish. If the Smith Brothers have taught us anything, it’s that the hunt is more about the experience and survival than the actual sport. And what an experience we’re left with.