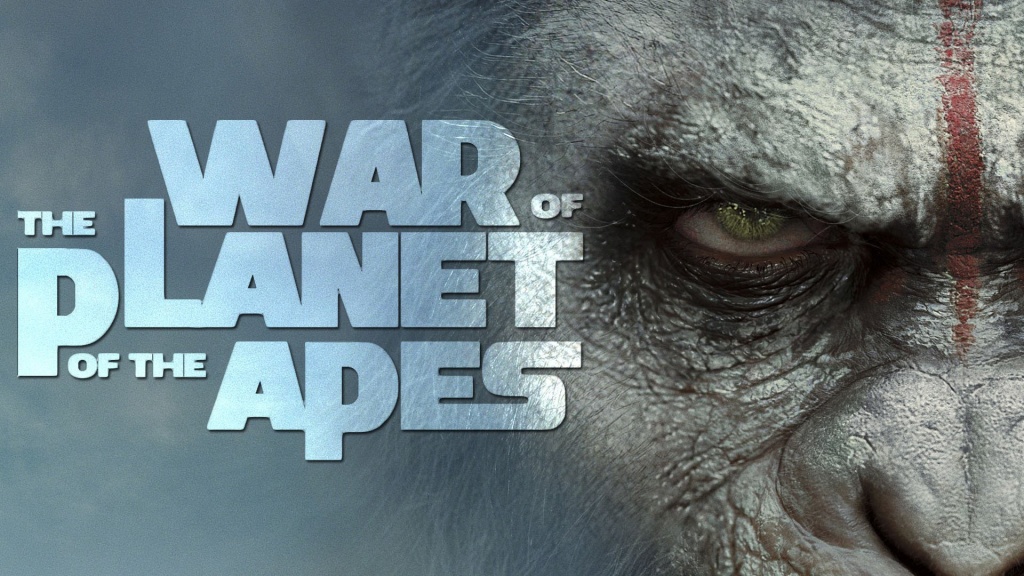 Review: The War for the Planet of the Apes is an Emotionally Powerful End to a Near Perfect Trilogy.

War for the Planet of the Apes picks up directly where Dawn of the Planet of the Apes left off. A violent war has broken out and Caesar is forced to decide whether he should fight to protect the Ape community or let them continue to be hunted and killed. Joined by a few of his closest allies, Caesar sets out to stop the Colonel’s Army and end the war on apes once and for all.

The only reason why I label this trilogy as “near-perfect” is because I only cared about the Apes and their stories and never cared about the human characters until this one. I know many have tried to justify the lack of human character development in the previous two films by stating this is a franchise about Apes. While that’s all fine and dandy, the truth remains that there are humans in the film, and there are elements to the story that relies on the audience being able to connect with the human characters. I always felt like the human aspect of these stories wasn’t as strong as they should have been. However, War fixes that problem. The film is the perfect balance of human and ape characters as well as their development. I found myself emotionally invested in every character, no matter if they were an ape or if they were a human.

The performance by Amiah Miller blew me away. I was drawn to her character Nova from her very first scene. Miller’s performance in War rivals Jacob Tremblay’s performance in Room. She is spectacular because she gives the film a standout human character that audiences will gravitate towards. I don’t want to spoil anything so I won’t mention specifics but two of her scenes had me in tears and one had me on the edge of my seat. Her bond with the apes felt very reminiscent of a family. The bond that she shared with Maurice was beautiful and was one of the strongest father/daughter relationships that I have seen in a film in quite some time. 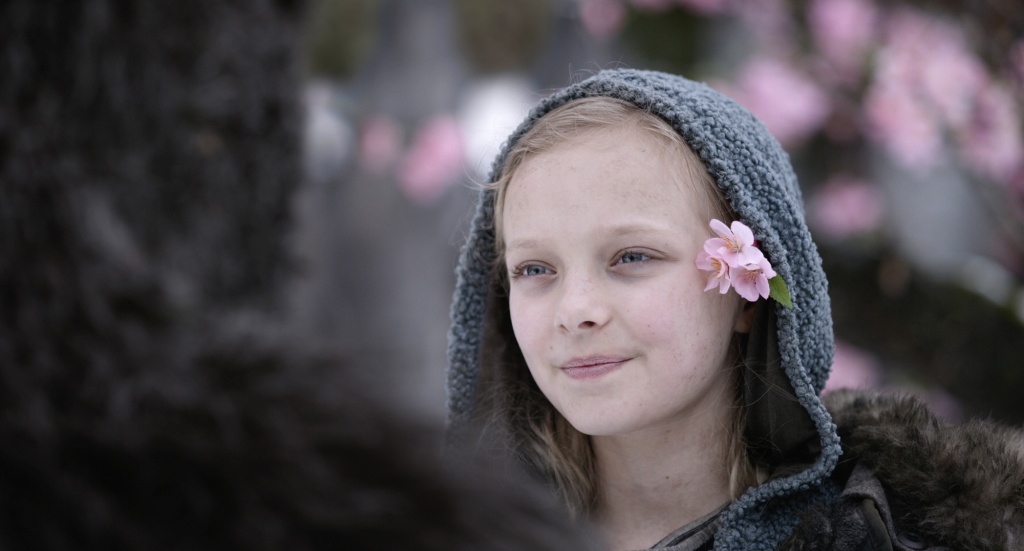 Alongside Miller, there is only one other human character that is a main focal point of the story which is Woody Harrelson as Colonel. For almost half of the film, I had no idea who the Colonel was but once he was introduced, I loved how Harrelson played the character. This was a man that wasn’t afraid of death. This was a man who didn’t care about the lives lost but only about the end result. I love the story that Colonel shares with Caesar about why he is at war with the apes. I felt this one scene gave the character all the background that the audience needed. Colonel is a man that is stuck in his ways and is willing to risk everything in order to protect what he believes in. It was easy to understand why he was the bad guy and how fear controls his actions. I think Harrelson’s performance is honest and one that feels relevant to how many people feel in specific circumstances such as war.

Andy Serkis is remarkable as ever as Caesar. This character has grown from a child into a grown adult with children over the course of three films. Serkis has turned Caesar into one of the most memorable film characters ever created. He brings the human persona to life in his character whether it’s a father seeking vengeance or being a great friend or companion. Serkis performance stands out so much because he is able to hit upon so many layers that it is almost impossible to point out any flaws within his portrayal of Caesar.

The rest of the Ape cast is just as good as Serkis is as Caesar. I think it is fascinating that nearly half of the film is told through sign language and subtitles. These actors don’t speak yet you feel for the characters that they bring to life. Maurice is without question, the fan favorite, and is always the standout of the supporting apes’. There is a new Ape known only as Bad Ape. He is voiced by Steve Zahn and brings a sort of a much-needed lightheartedness to the story. He is never over the top but just a likable addition to the cast that helps to lighten the mood from time to time.

War for the Planet of the Apes is about war but it is not your typical war film. In fact, there are only three war scenes during the film’s entire 142-minute runtime. These three scenes, however, are expertly shot, crafted and are incredibly violent especially the film’s opening. The scenes are so brutal that I did actually question how the film ended up with the PG-13 rating. The war scenes where apes and humans are being shot with arrows and blown up felt very realistic and true to life. These scenes are visually and emotionally powerful and capture the essence that war is ugly and messy. 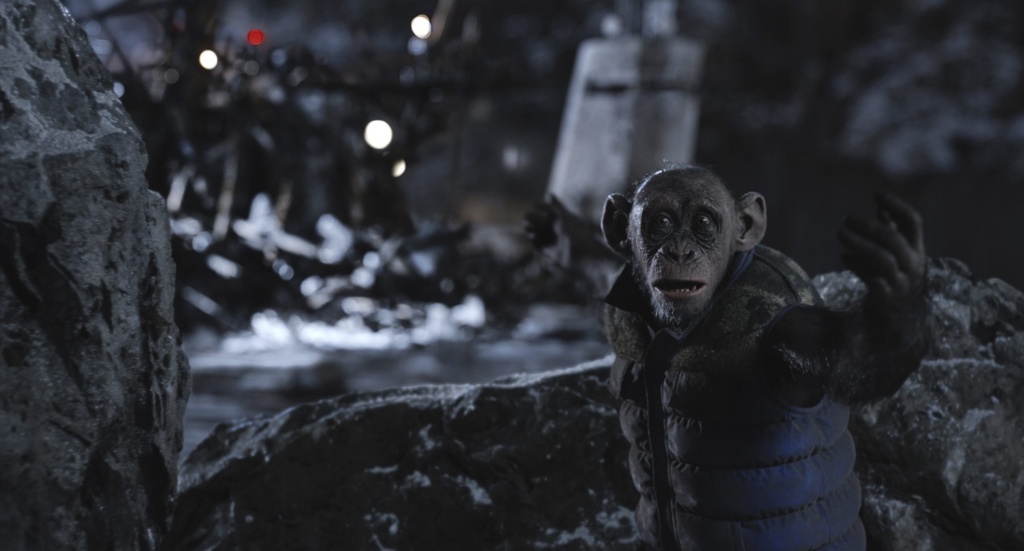 Instead of focusing solely on the violence of war, writers Mark Bomback and Matt Reeves spend most of the film showcasing how the war has affected and changed the apes as well as the humans. Caesar is out for revenge but there is more to this tale than just that. The film tackles themes such as children of war, the innocent lives that are lost fighting for the greater good, and slavery. I couldn’t help but think while watching this film how all of the themes could easily be applied to America and our violent history. There are so many things that this film touches upon that are thought-provoking, emotional, and simply, devastating. This isn’t your standard Summer Blockbuster where things just blow up but rather something that feels deeper and meaningful. I applaud the writers and FOX as a studio for taking a chance with a big budget franchise that is so much more than just a popcorn flick.

In terms of the visuals, this film is without question a masterpiece.  I completely forgot that the apes weren’t actually real. The visual effects team at Weta will win the Visual Effects Academy Award for this film. There is no doubt in my mind about that considering I couldn’t tell visual effects were even been used. On top of the effects being the best of the best, the cinematography by Michael Seresin is stunning. There is this scene where the apes are near a waterfall that just took my breath away. This is without question an all around visual feast for the eyes.

When it comes to Matt Reeves, not only is his writing top notch but his direction is spot-on as well. The way that he captures the bonding of these apes is simply remarkable. There were multiple times where I honestly forgot that I was watching Apes and felt like I was watching humans. Reeves is an incredible director and storyteller. You get lost in the characters. He turns these Apes into people. We don’t see this happen often in big budget films so I applaud Reeves talent and ability to make that happen.

It would be a crime to not mention Michael Giacchino’s score which is the icing on the cake. There are no scenes where the score becomes overpowering nor are there any moments where the score feels out of place. Giacchino’s score is quiet when it needs to be and loud when the events on-screen require it to be. There is no other soundtrack to the film besides Jimi Hendrix’s, Hey Joe which plays briefly during one of Colonel’s scenes. The lack of a traditional soundtrack works here because adding in a lot of music would have taken away from the film’s powerful storytelling. 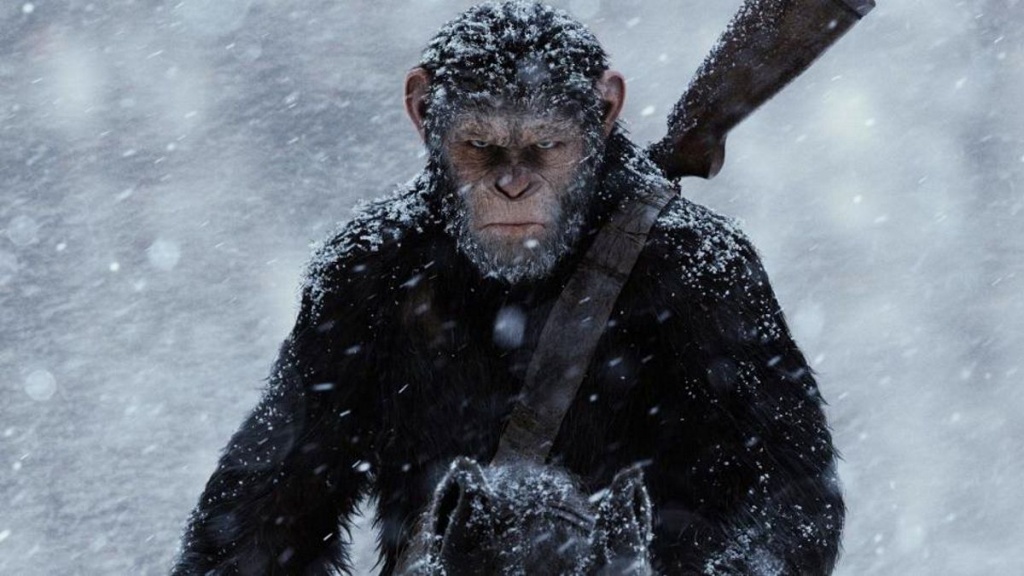 The War for the Planet of the Apes is not only the best film of the summer but possibly of the year. I was BLOWN away by this film and is the perfect example of what makes a great studio film. This is not the type of blockbuster that you will forget about but one that will stick with you for weeks after seeing. War for the Planet of the Apes is the perfect emotional ending to one of the best movie trilogies of all time. It is without question the must-see movie of the 2017 summer movie season. See it as soon as you can.

MovieManMenzel’s rating for The War for the Planet of the Apes is a perfect 10 out of 10. 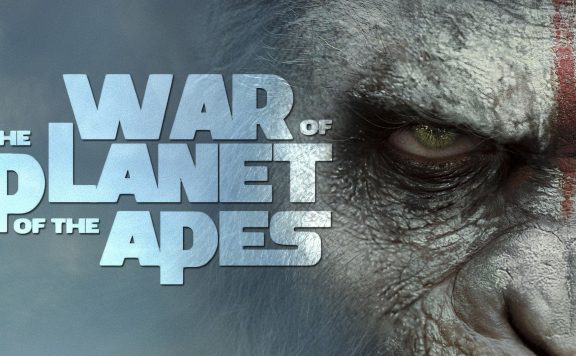