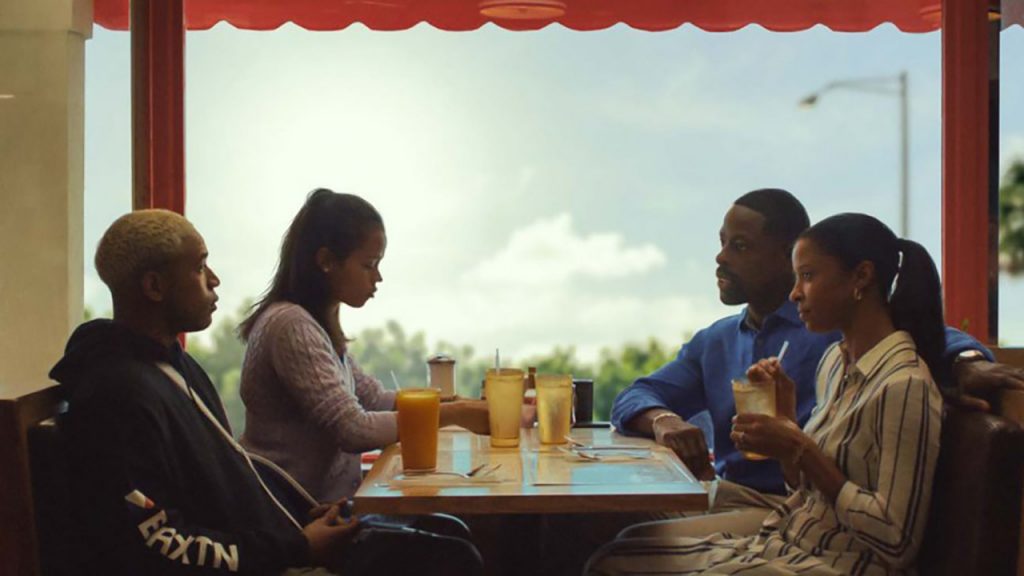 For all the ways there are to enjoy a film, something about the ones producing anxiety have been working for me as of late. Much like the upcoming Uncut Gems, Waves is a film pushing the audience to uncomfortable levels in its work to show what characters can go through. Writer/director Trey Edward Shults has proven he’s quite good at this, with his debut film Krisha and follow-up It Comes at Night working like bombs the audience know will go off at some point. Waves is no different in many ways. However, there is another dynamic playing into the film’s title. For all the movement towards a breaking point, things also find a way of getting smoothed over.

The film focuses on the Williams family, a suburban black family living in South Florida. The first half of the film focuses on the son, Tyler (Kelvin Harrison Jr.), a high school senior on the wrestling team. We see how full of life he is right away, as the film opens with a continually spinning camera tracking the utter joy Tyler and his girlfriend Alexis (Alexa Demie) have, as they travel down the freeway, blaring music out their windows. The film then catches us up with his life.

Through Tyler, we meet the rest of the Williams clan, including his sister Emily (Taylor Russell), his stepmother Catharine (Renee Elise Goldsberry), and gruff but loving father Ronald (Sterling K. Brown). The dynamic is clear. While his mother and sister factor into his life, Waves wants us to see how far Tyler has been pushed by his father to work hard at being the best at whatever he commits to. 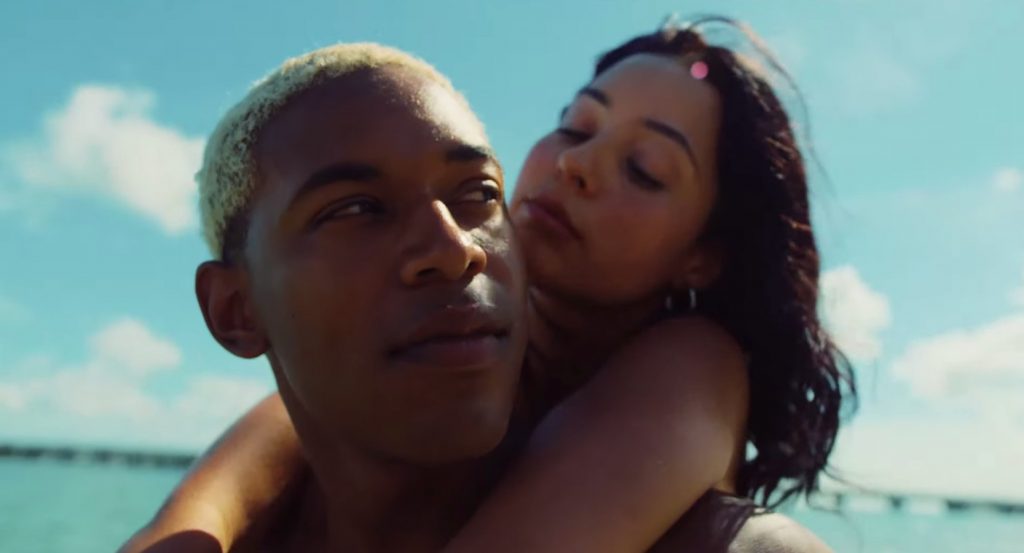 It’s understandable. Ronald is raising his son to understand how the comforts of middle-class living will only go so far for a young black man in America who is going to have to work harder than others if he wants to be successful in life. Ideally, this would be for the best, as Tyler is a promising student and athlete, with his whole life ahead of him. Being a film bound to introduce some level of drama, things do take a turn.

Without getting into what happens, Waves clearly wants to use manhood as a pivotal theme, showing how it applies to family, relationships, sports, and the drive to do what seems appropriate. Sadly, what’s actually proper and what instant reactions occur instead do not play well when the various stresses of life and years of dominance build out a specific type of character. As a result, Waves uses inevitability as a way to keep an audience pushed out of their comfort zone, only to find a way to ease everyone back in by shifting the action.

Eventually, the film’s perspective does change towards a focus on Emily, and the atmosphere calms down. Between the uses of color and the shifting aspect ratios, the way Waves manages to let the audience cool down and feel relaxed, before introducing new areas for concern, is pretty fantastic. Help in allowing the film to push in a new direction is Lucas Hedges as Luke, a love interest for Emily, who acts as an awkward teenager. He makes nervous mistakes, offers lollipops, and is generally pleasing to see, given what a downshift it was from the intensity that had developed earlier. 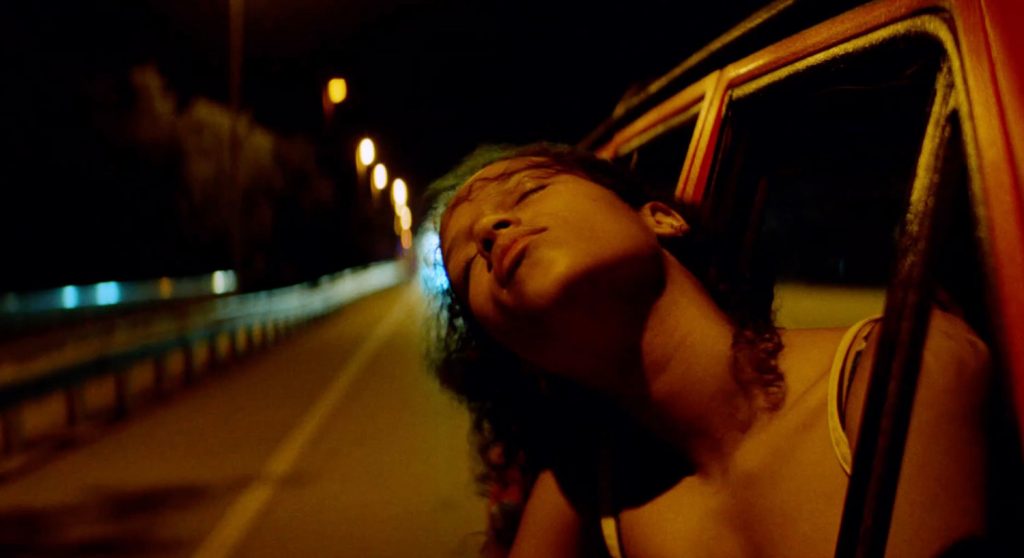 By connecting these various storylines, which eventually merges with some other aspects, further enriching the narrative, here’s a film that understands what it needs to rely on to be effective. Like Shults’ other features, there is an intense family drama to take in, but it is balanced by a high level of tenderness. And rather than embracing the archetypal aspects of the characters we are introduced to, there is plenty of time to dig into their complexities. That’s not often afforded in a time where all motivations need to be explained by online articles as if the time for contemplation is unavailable, but that’s also why Waves is an A24 production.

Since this film does come out of the arthouse scene, it fittingly has a distinctive look all its own. Working with cinematographer Drew Daniels, the kinetic camera work allows the viewer to feel like they are a part of the action at all times, especially in the first half. There is so much rotation going on here that you’ll rarely have a chance to catch your breath while taking in the new developments. Understanding what Tyler is going through is made all the more tense when following a camera around the young man, feeling alert to every issue being presented, and having it all illuminated through flashing lights and color.

The shift to Emily allows the film to calm down, as mentioned. However, there’s still plenty to admire in watching the movie realize how to soothe the viewer visually. That speaks to the terrific compositions by Trent Reznor and Atticus Ross, who continue to reach new levels in their approach to film scores. Not hurting either is the excellent soundtrack choices accompanying key moments effectively. Hearing everything from Kenrick Lamar to Alabama Shakes to Animal Collective makes for an eclectic listening experience, without the film overdoing it from a stylistic standpoint. 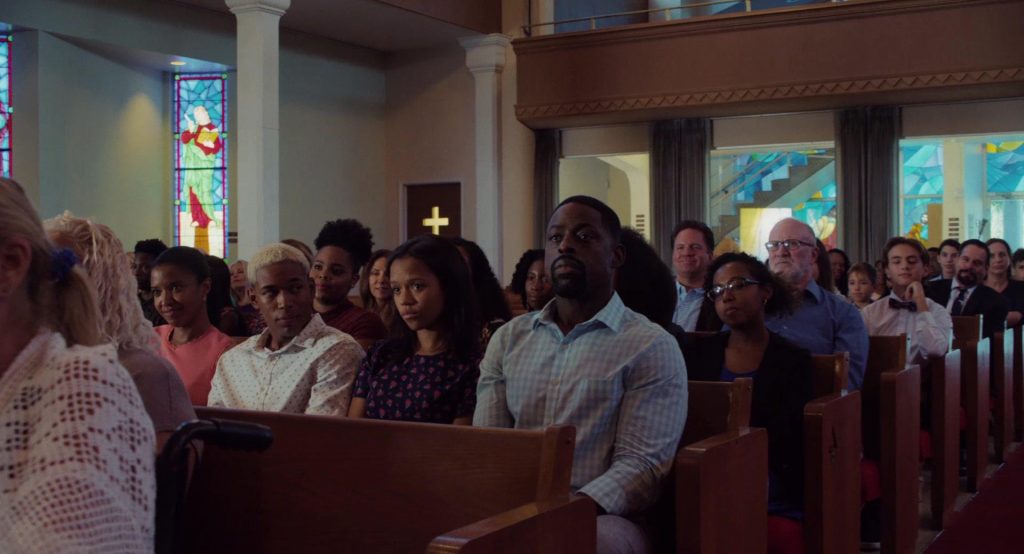 Performances are strong across the board. Harrison is carving out quite the list of roles at this early stage of his career. Having already gone through Shults’ intensity in It Comes at Night, he feels more than suited for taking on this latest challenge. Taylor Russell (recently seen in Escape Room) is on the newer side as well. She proves to be well-suited to a role relying on less concentrated emotion but still requires nuance.  Others shine as well, with Sterling K. Brown continuing to show how much he can do with even the mildest of facial movements. There’s even just enough time for Clifton Collins Jr. to leave an impact in the few minutes he has on-screen.

To make an engaging movie focusing on how to exacerbate things for a family, there needs to be confidence in the filmmaker. Shults clearly knows how to go after what he wants and make it an exhilarating experience. Compared to the slow burn of his previous films, there’s an energy here, which will have an audience caught up in the excitement, while still dreading the payoffs. Fortunately, the unique structure allows Waves to roll into a new groove, ultimately making for quite the fulfilling journey for the characters. Add the strength of the performances, and Waves plays as a splashy feature knowing how to go with its flow and deliver big. 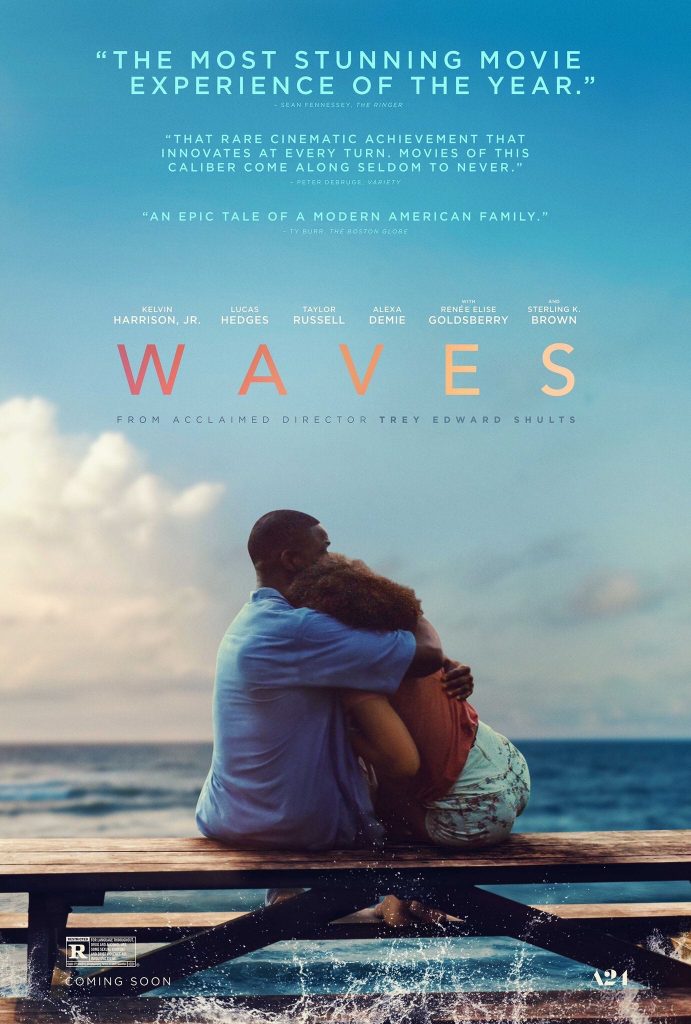