It’s fitting to have recently been treated to a theatrical viewing of Apocalypse Now: Final Cut. That film is as pure as cinema gets, but its legacy lives on in the way it has influenced so many filmmakers. Monos is not necessarily a direct product of Coppola’s Vietnam War fever dream classic, but you can see director Alejandro Landes pouring his passion into a vision recalling a familiar sensation. The result is a wild, thrilling, and vivid cinematic experience. There are memorable visuals, a haunting and offbeat score, and other elements turning this survival story concerning a group of child soldiers into something as profound as it is atmospheric.

The film takes place on a mountaintop in Latin America. We follow a group of eight kids with guns, who have been tasked with watching over a hostage (Julianne Nicholson), as well as a milk cow. Most of these kids are emerging into adolescence. The deal with evolving friendships, unchecked hormones, and other factors playing into their already fierce commitment to being part of a rebel paramilitary group.

It’s the choices made in the presentation that impress. Monos thankfully doesn’t do too much to contextualize what we are seeing. There’s little understanding of what the rebels known as “The Organization” are after. While shot in Colombia, the film purposefully leaves the location of the kids (who dub themselves the “Monos”) ambiguous. Even Nicholson’s hostage character, referred to by the Monos as “Doctora,” is more of a side character at first, with little regard to what role she plays. 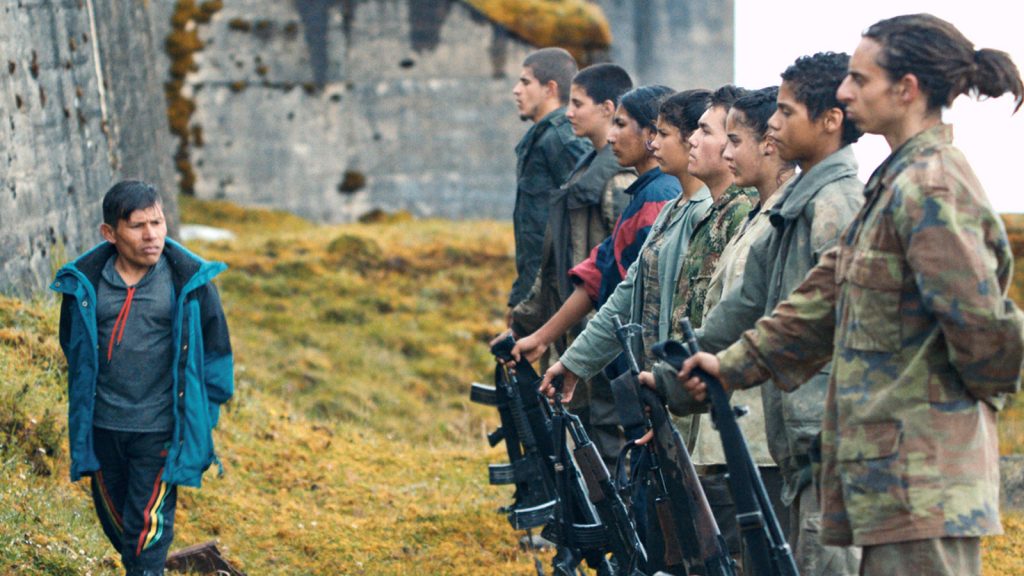 What Landes delivers instead are impressionistic displays of what this film is after. Incredible wide shots show off the foggy mountaintop, with natural lighting from the sun peeking through the clouds or campfire-lit nights delivering distinct looks at the routines of these children. When focused on the Monos, we see them in intense closeups, as they exercise and shout back their devotion at their superior.

Characterization slowly begins to form. These are lost boys (and girls), but they assume fitting identities. Names include Wolf, Smurf, Dog, Lady, Rambo, and Bigfoot (notably played with intensity by one-time Hanna Montana star Moises Arias). With a reportedly loose script to allow this group of mostly non-actors to build various scenes wrapped around some central ideas, the relationships on display become fascinating. Whether trying to exert authority or form various pairings, Monos always has an interest in relating the plight of fragile children against a complex backdrop.

Thanks to the specific choices in casting, the film is presented as both a slice of life look at these very different lives and as a series of sequences showing how this group will inevitably unravel. Early portions of the film feel less focused by design, with the kids playing soccer, messing around, and eventually performing target practice in some of the more dangerous of ways. There’s an intrigue that never leaves, as the energy of these scenes is always present. 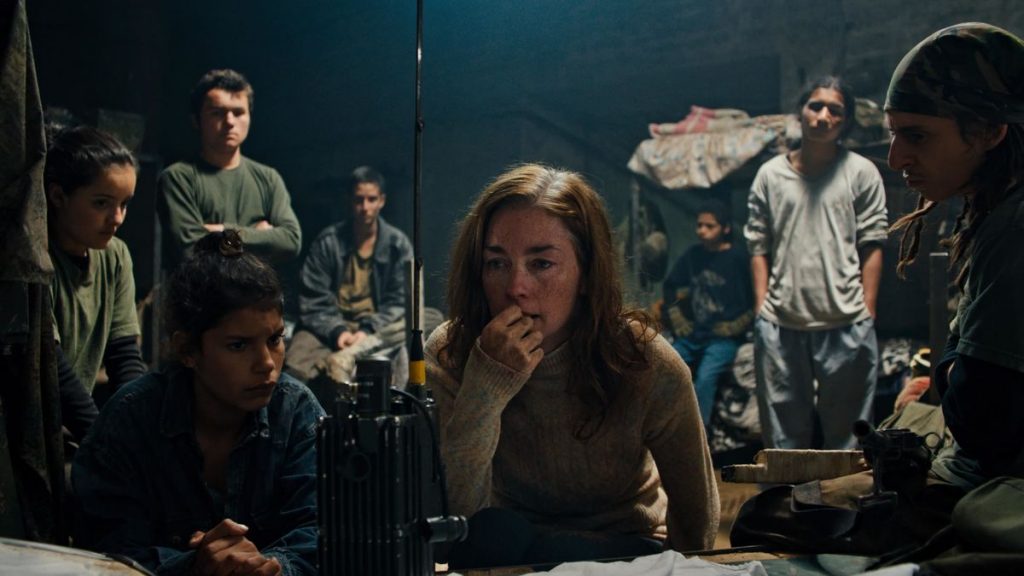 The locations allow for a feeling unique to film. It’s as if we are watching something that has never been allowed, due to the extreme conditions of the environments Landes and his crew shot in. This adds to the authenticity, making it easy to delay any opinions regarding what little story there is to be told, compared to merely observing.

Once more plot-focused elements start melding into this cinematic exploration of rebellious youth, however, there’s a better sense of where things are going. It’s not so much about surprise, but a lot of credit goes to both the cast of young actors and Nicholson. She has to do a lot in understanding her situation, holding back some maternal instincts regarding her captors, and putting on display a variety of emotions under challenging circumstances.

As the role of the hostage becomes more important, the journey this film takes the audience on eventually shifts to the lower jungles, where the imagery is just as striking. The lush green forests and the river flowing through it allow for deliberate contrasts when inserting the Monos into this land. As some of the kids eventually begin to break rank, the status quo is shattered, and the bold depictions of these environments only further show the messiness of anarchy. 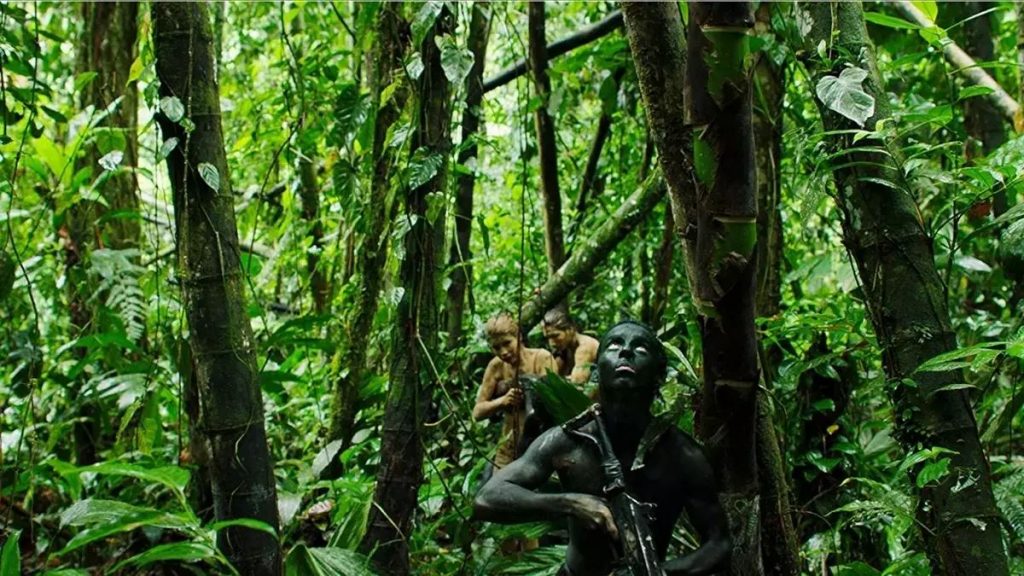 And yet, Landes has everything under control. Jasper Wolf’s cinematography makes very deliberate choices keeping a viewer occasionally disoriented, but always engrossed. Three separate editors understandably do what is needed to take all the footage collected and assemble an entirely coherent feature, however unconventional it tends to feel. Composer Mica Levi provides another incredible soundtrack speaking to the fierce nature of Monos, joining his other terrific scores for Under the Skin and Jackie.

The choices made throughout this feature never feel less than confident. Monos is remarkable in what it achieves on a technical and emotional level. There’s a visceral component to all of this to produce such an unflinching yet dazzling atmosphere. Little gets in the way as far as the sense of minimalism relied upon, opposed to extraneous exposition. What’s offered is a portrayal of humanity at the edge of the world, with every stylistic opportunity utilized to build something great. 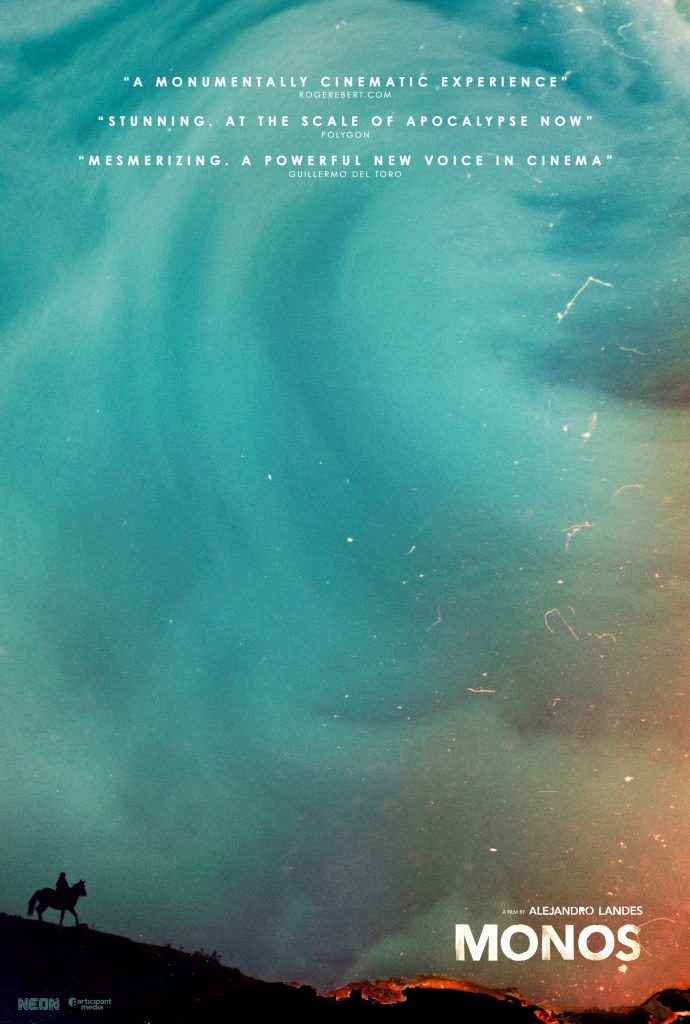 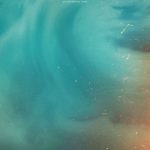 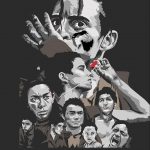 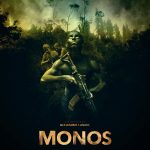 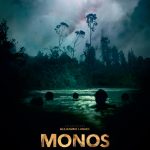 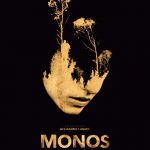 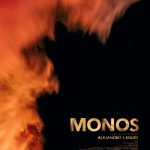