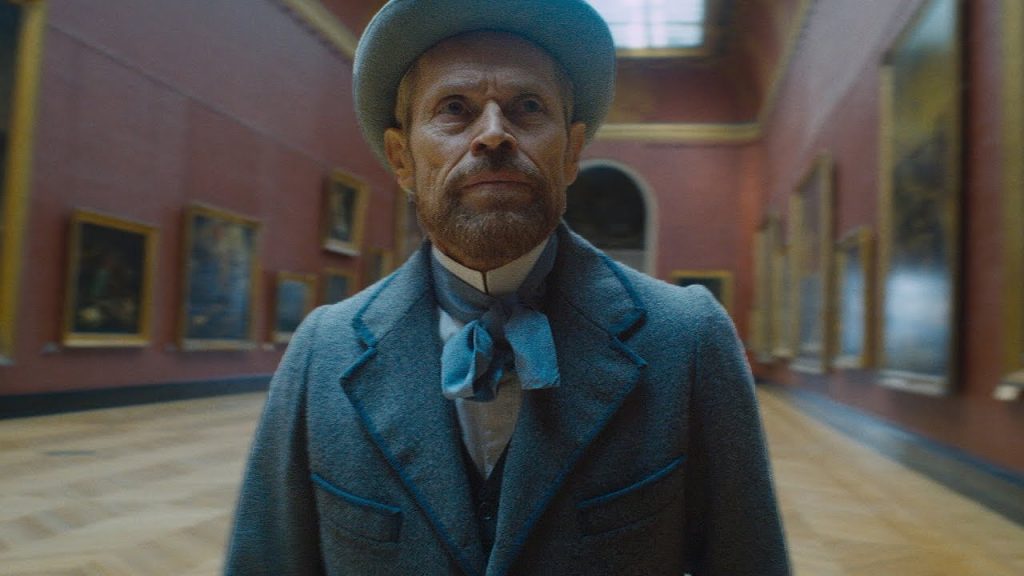 I’m not great at assessing the value of paintings. Modern art tends to perplex me more than anything, and the other periods tend to fall towards an “I know what I like to look at and I know what I don’t” sort of appraisal. I am keen on history, and what I know about certain artists is generally the stuff I find most interesting. All that in mind, I tend to lean on claiming Vincent van Gogh as one of my favorites. Given the number of films already made about the influential painter who was famously unsuccessful until after his death, I was excited by the prospect of director Julian Schnabel making his mark in this territory. Many films have looked at the broader aspects of his life and beyond, but At Eternity’s Gate tries to examine what it would be like to be in the head of this tortured artist.

Willem Dafoe stars as Vincent, and he plays the man as an innocent finding beauty in the world and expressing it the only way he knows how. Dafoe also shows Vincent as a man desperate for friendship, confused about his station in life, awkward in certain settings, curious about the understanding of others around him, and saddened about his lack of success. With the film focusing on the final years of his life, Dafoe’s work is an impressive display of emotions that sometimes overlap one another. It takes the sort of melancholy resolve Dafoe can have in roles and matching it with his wide-eyed expressiveness, which makes him such a watchable screen presence here.

Schnabel knew what he wanted when casting Dafoe, as the director’s efforts to make a very personal reflection of a long-dead painter require a performer who can push to those levels. This is especially the case, given Schnabel’s style, which involves keeping the camera very close to his actors, allowing for the first-person perspective, and layering voiceover, dreams, and delusions beside one another to be express a mental state of mind. Schnabel’s brilliant 2007 film, The Diving Bell and the Butterfly, may have had the audience literally inside the head of Dominique Bauby, but this film is catering to both Vincent’s understanding of things that are taking place, and what he’s imagining. 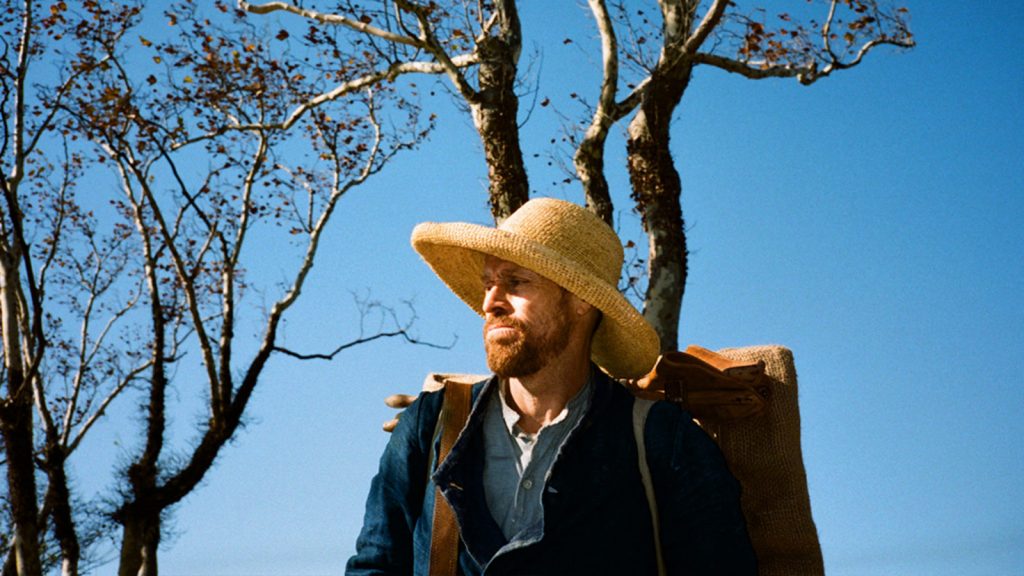 Perhaps a more ambitious effort would have given way to a heavier emphasis on subconscious visions, but I was plenty intrigued by this particular time At Eternity’s Gate wanted to delve into for the sake of making an audience feel closer to Vincent while seeing a version of how things ended. Honestly, between this film and the fully painted animated feature from 2017, Loving Vincent, there is a lot to take in if one is concerned with what was going on in the artist’s final times experiencing life.

With that life in mind, At Eternity’s Gate does not miss out on making a wonderfully realized cinematic vision when it comes to the world that was around Vincent in his final years. Shot in Arles, Bouches-du-Rhone, and Auvers-sur-Oise, France, the actual locations where Vincent had lived during the last years of his life, the film does well to draw a deeper connection between the man and what kinds of environments he was experiencing. Watching scenes of Vincent simply finding a subject, be it a tree or some of his shoes, and quickly grabbing his paints makes for some excellent moments of wonder. It’s not as though watching an artist at work is unique in the world of film, but Schnabel and cinematographer Benoit Delhomme’s eyes do what is needed to capture these moments in a striking way. 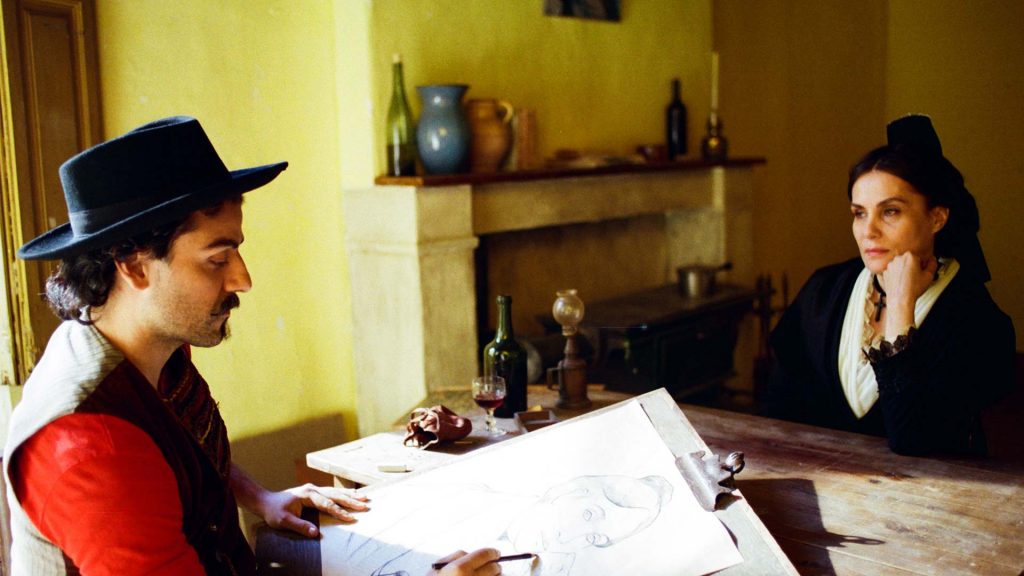 I also appreciated the vignette-like structure to seeing Vincent deal with those around him, such as his contemporary, Paul Gaugin (Oscar Isaac), his brother Theo (Rupert Friend), and others portrayed by Diving Bell’s Mathieu Amalric and Emmanuelle Seigner. The conversations with Gaugin, in particular, allow the film a bit more fun, as it amounts to two men criticizing the work of authors, as well as offering some praise where it is due. There’s also a fantastic sequence featuring Mads Mikkelsen as a priest conversing with Vincent, following the incident with his ear. At first, it’s about providing a display of sanity on Vincent’s part, but it becomes a theological discussion full of intriguing interplay.

With an inevitable finale and the understanding of history already in place, it is clear that Schnabel was hoping he could tell a version of this story that displayed a unique sense of personality on top of some crucial moments of Vincent’s life. While At Eternity’s Gate sometimes feels adrift in its abstract display of a man’s challenging life, I found a lot to admire and reflect on in its attempt to eschew standard biopic elements in favor of understanding the artist’s supposed madness. So once again, Vincent’s death may be permanent, but the art lives on and continues to offer more. 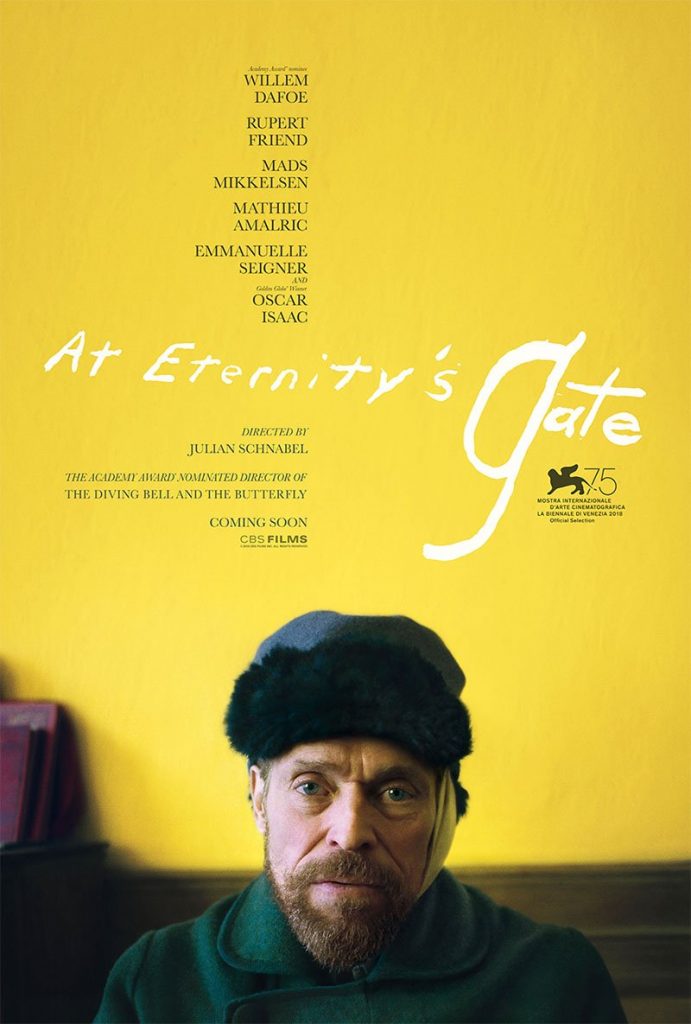 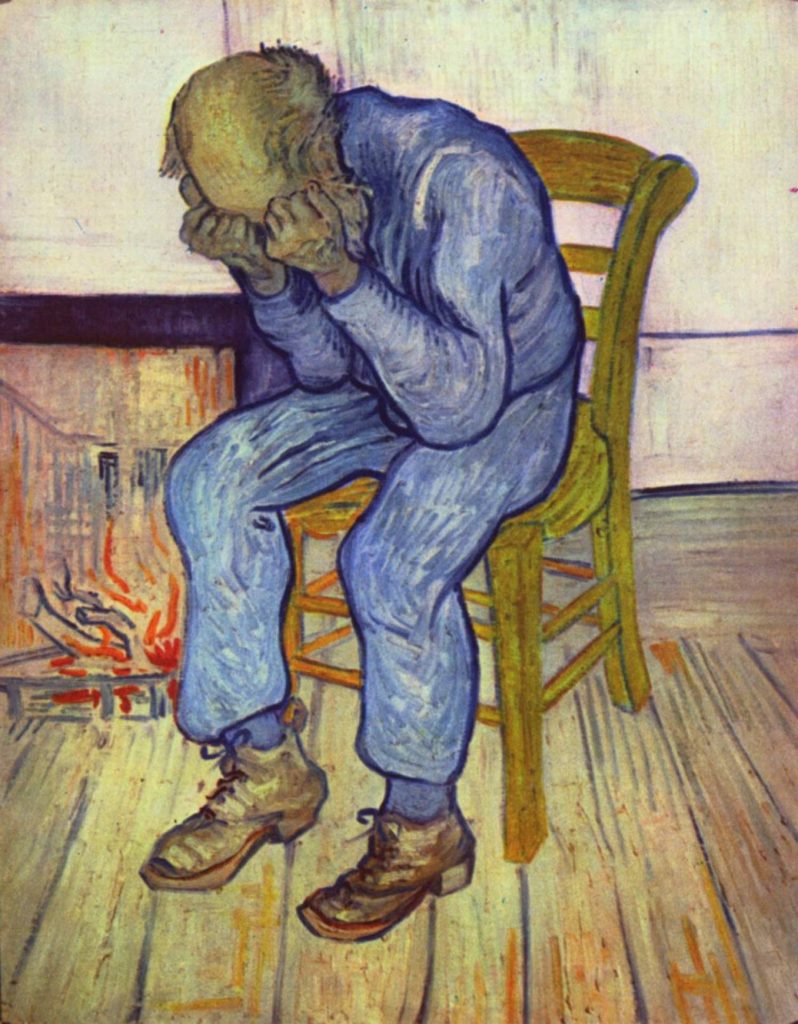