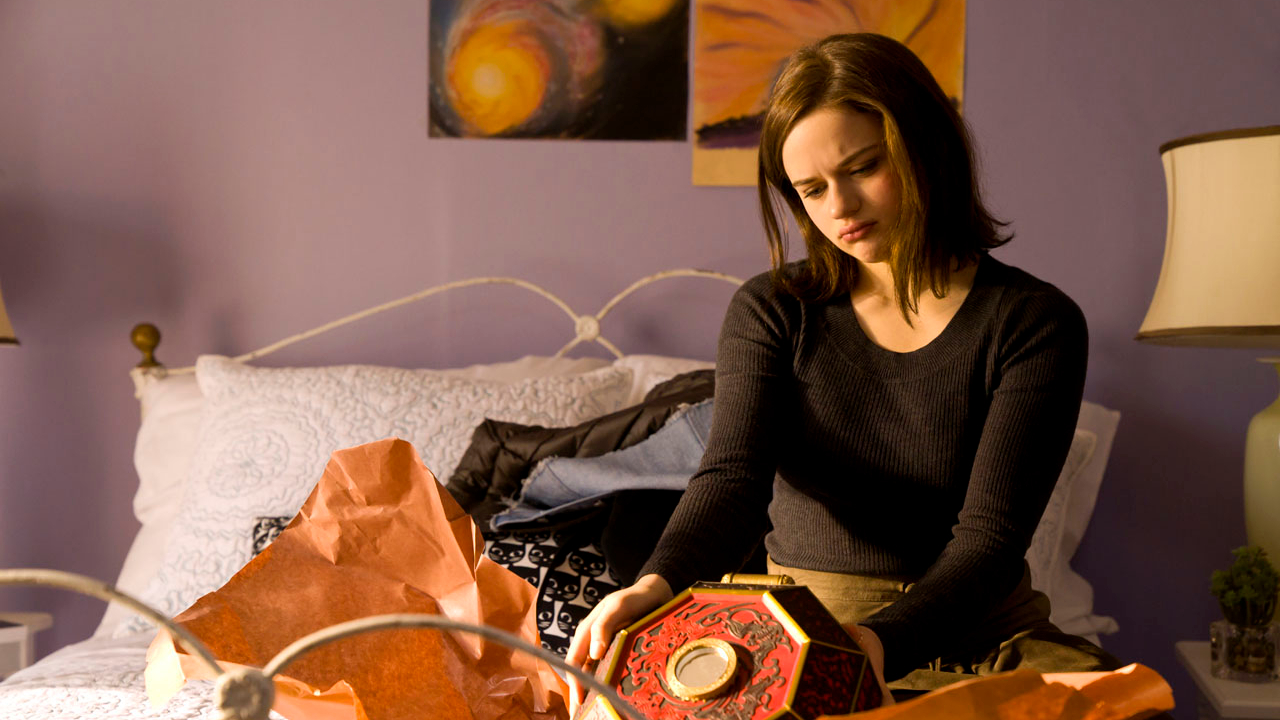 It’s frustrating to classify Wish Upon as a horror film. Over the course of its 90-minute run time, there’s never that moment where we as audience feel anxious or terrified about the dire circumstances the film’s characters confront. Despite borrowing from the 1902 short story, ‘The Monkey’s Paw’ and a random Goosebumps episode with a similar premise, there was a glimpse of hope that this timeless terror could translate in a contemporary setting.

In Wish Upon,  teenage Clare (Joey King) has had a troubled upbringing. Her mother (Elisabeth Röhm) committed suicide when she just a child, leaving her raised by a struggling single father (Ryan Phillippe). Navigating through high school culture is also a nightmare when you’re not the popular kid. And believe me, Clare is far from queen bee cheerleader status. She has her tight-knit group of friends for support (Shannon Purser, Syndey Park). However, she has a major bulls-eye painted on her back for not being one of the “cool kids.”

Meanwhile at home, her dumpster-diving father gives her a Chinese music box from his findings. Like any wishing device, box or lamp, the number is limited. Here it’s seven. But for every wish Clare makes, there’s a price to be paid. Her first request is for her tormentor at school to rot. She literally does to Clare’s pleasure. And as payment, somebody close to her passes away. Of course, she can’t make the connection to not toy with fate.

Clare’s wishes are nothing shy of a typical superficial teenager. She is infatuated with excess wealth, dating the hottest guy in school and being the most popular person in school. Her narcissistic decline throughout the film tosses any sort of sympathy to the curb. Later on in the film, one of her friends asks her why she didn’t think about curing cancer or bringing back her mother from death. Oh wait, materialism is so, so much more important. If that isn’t a terrible stereotype.

SEE ALSO: Wish Upon Review: I Wish I Had Those 90 Minutes Back

With director John R. Leonetti at the helm, we should be well-aware of what we’re in store for when it comes to Wish Upon. With such flops as Mortal Kombat: Annihilation, The Butterfly Effect 2 and Annabelle, there’s little risk taken when it comes to style or directing. Slapping a PG-13 rating on Wish Upon is a death sentence to what the film’s able to do. It’s a very castrating experience for those excited for gory deaths. Whether it be a faulty chainsaw or a deadly garbage disposal, there’s never that great satisfaction when the film’s constantly playing it safe.

It’s as if Wish Upon tries its hardest to pull off the outlandish Final Destination scenarios time and time again, then just high-tails it home. Scares and thrills are always absent, leaving some demises rather laughable. Opportunities are ever present for Wish Upon to deliver, yet the chances are never, ever taken. We’re in a summer where we desperately need a solid horror film. It’s been so many months since Split, Get Out and A Cure for Wellness were blasting away expectations. And while we had It Comes At Night, it wasn’t your paint-by-numbers thriller that many audiences crave.

Even at 90 minutes, Wish Upon struggles at every turn, transforming a intriguing age-old concept into something downright boring. Joey King genuinely tries a lead, who’s worked much better in smaller supporting roles in The Dark Knight Rises and Oz the Great and Powerful. It just doesn’t help that her character is quite detestable. But that’s Barbara Marshall’s screenplay at work, failing to develop depth for her character. So when her friends begin to hate her when the wishing box is on the warpath, why is there a reason to exercise any interest?

Wish Upon is hardly serviceable fodder for the genre. We have ourselves a film that’s simply forgettable within five to ten minutes of its opening. Can we just wish for a film that tries to move the dial a bit and more importantly, actually be a horror film?