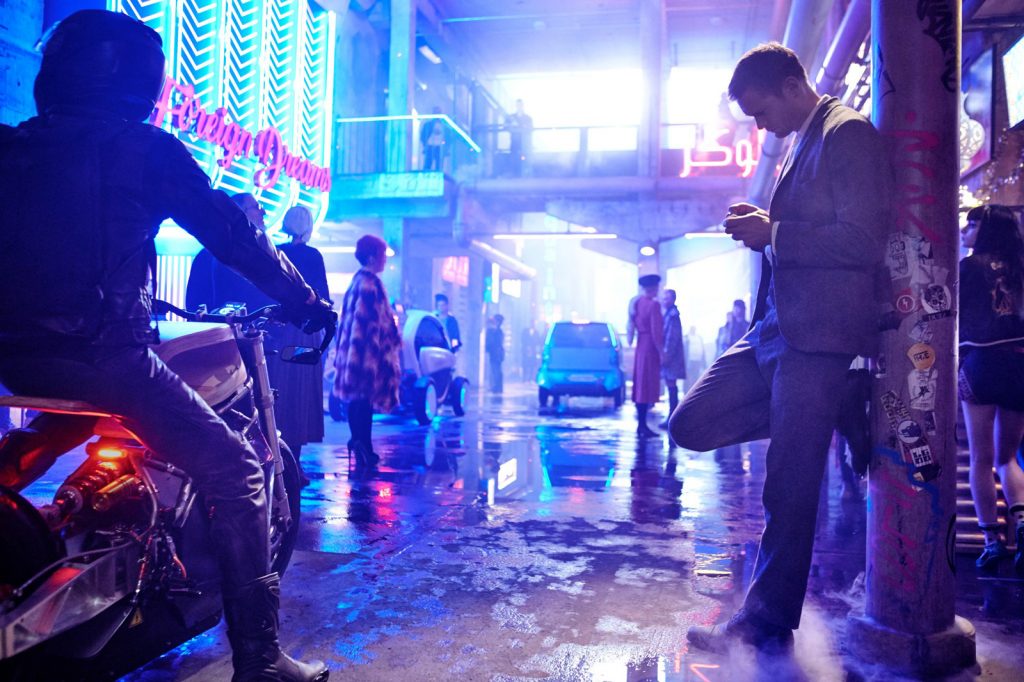 Give or take a film like Okja, I’m having a lot of conflicting thoughts over the good that could be coming from original movies from Netflix. Mute is the latest example of a disappointing miss for the studio that’s been hemorrhaging money for the sake of filmmakers allowed complete creative freedom.  Never mind the problems they have as far as marketing and distributing the acclaimed features they acquire, there’s a continual irritation in seeing potential squandered in favor of presenting a good image to filmmakers by bringing nothing to the table but money. Mute has this issue in spades, as a sci-fi neo-noir such as this has so many directions it can go but instead of focusing, it goes for everything and fails in the process.

The film is set in a wild, neon-lit future, not unlike other movies and TV shows this film had the bad luck of arriving very close to (think Blade Runner 2049 and Altered Carbon). Alexander Skarsgard stars as Leo, a mute bartender who can’t speak due to a childhood accident that could not be corrected by doctors due to his Amish mother’s beliefs. If one thinks an entertaining film may come out of the idea of a hulking Skarsgard dealing religious angst in the midst of an impromptu mystery he’s forced to solve, this is sadly not that movie.

Director Duncan Jones (Moon, Warcraft) has had this movie on his mind even before his terrific Sam Rockwell-starring debut. Given the obvious ambition of a full-on sci-fi world, it’s clear why it’s been on the backburner. It’s a personal film that feels even more informed by the recent passing of his father (the film even appropriates the sounds of David Bowie’s “Heroes” album in a few scenes). There’s personality to spare in the ideas Mute throws at the screen. And yet, Jones feels woefully out of his depth to guide his story or characters to anything of interest. 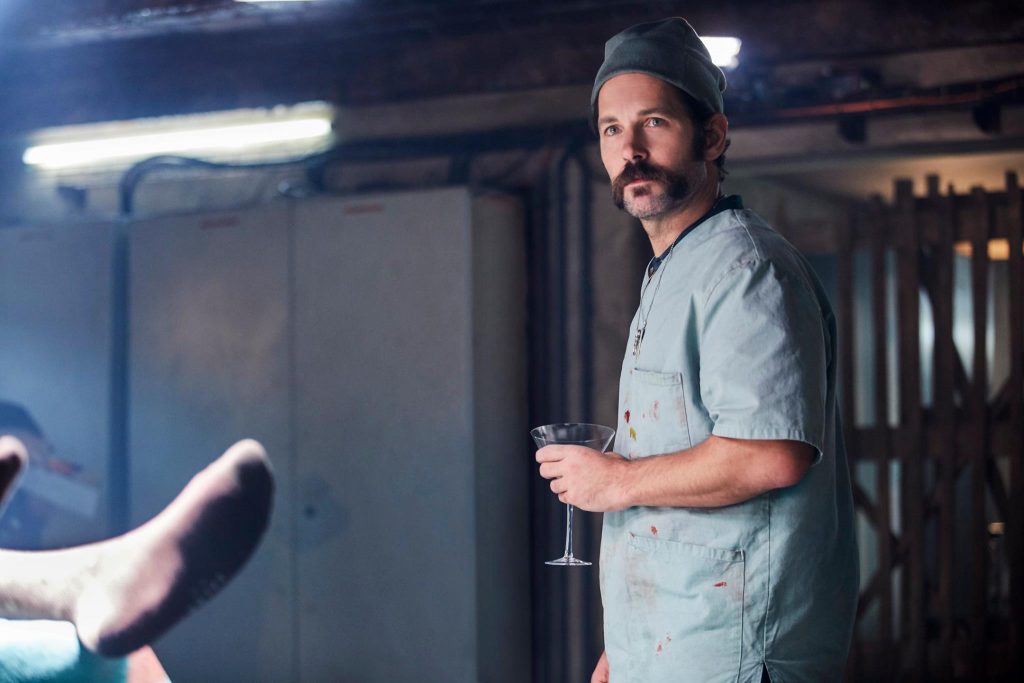 Leo is put into action when his waitress-girlfriend Naadirah (Seyneb Saleh) mysteriously disappears. With no voice and a choice to avoid technology the best he can (in a cyberpunk future), Leo’s tall body and sunken eyes must do all the work in intimidating random gangsters and other foes in an attempt to find her. All these quirks could make Leo interesting, but no matter how much posturing Skarsgard commits to, Leo’s journey is rarely exciting. For all the colorful characters he meets, nothing stands out more than the literal block of wood he decides to use as a weapon eventually.

Additionally, a parallel plot involves two M*A*S*H-inspired surgeons who occasionally help out the mob fix up bullet holes in their henchmen. These seedy characters are Cactus Bill (Paul Rudd) and Duck (Justin Theroux). Cactus is an unpleasant motormouth with a daughter he is hoping he can leave the country with. Duck is a bit more enigmatic for a while, but we at least know he loves his best friend. The surgeons will end up running into Leo for various reasons, which ruins whatever arc that was being set up for them, as motivations are thrown out the window.

You know a movie is running into problems when the always reliable Rudd can’t make a character likable. Sure, he has a great big mustache and says funny things, but he’s a wildcard in a way that makes you pine for the simpler days when he was mere comic relief in a more traditionally plotted tale. Mute does not suffer because of how it pushes against a conventional narrative though. No, the film’s problem is its lack of adherence to anything. 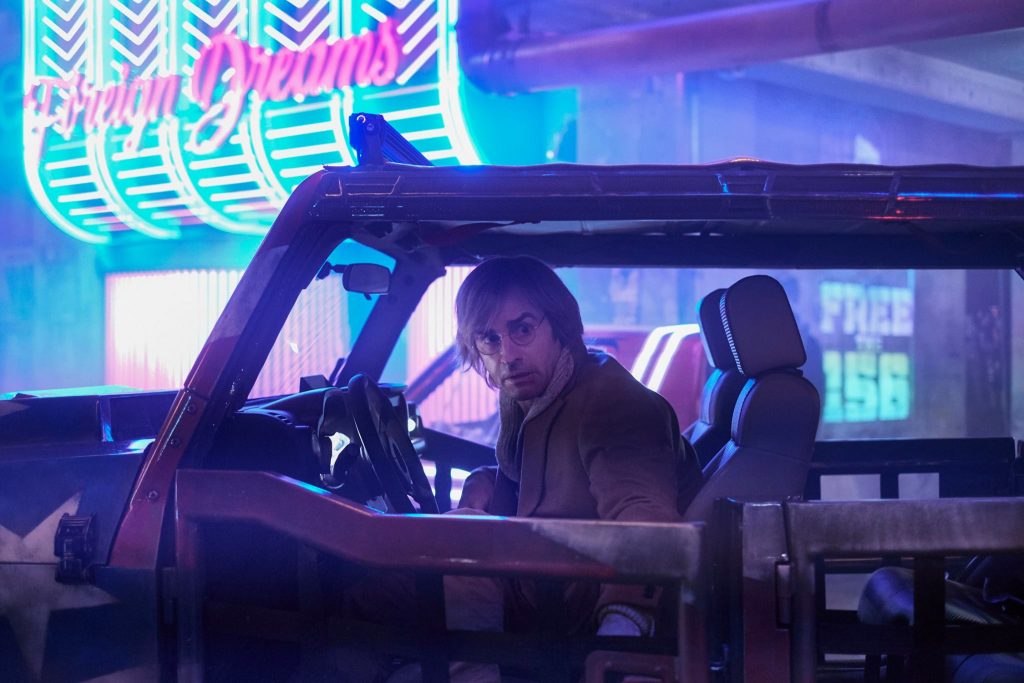 I can forgive the film’s cheap-ish appearance at times when it comes to seeing CG androids and shots attempting to convey the future world that surrounds our gloomy lead. World-building doesn’t appear to be an issue for Jones, who made the desolate lunar surface of the moon an emotional zone for its hero; a train car a lively ticking time bomb for Jake Gyllenhaal in Source Code, and a strange fantasy realm the place where magic and orcs could run wild. However, even compared to the ultimately underwhelming Warcraft, Mute lacks purpose in his aesthetic choice here.

There’s nothing that requires this film to be a science fiction setting. That could speak to the universality of the story, but because of the overwhelming number of ideas involving immigrants, religion, parenthood, crime, and, of course, life’s purpose, there’s no skillful way for the film to apply these beats to the world around it. I can’t say the same about the classics Mute was inspired by. As this film stands, it feels more like there’s a clear attempt to reach something, but it is not particularly meaningful by the time the film reaches its conclusion.

It doesn’t help that Jones doesn’t find many impressive scenes to craft within this universe. Jones’ has long said Mute was designed as a spiritual sequel to Moon and the film makes that connection very obvious in a particular moment, but other than passing references, that same director’s touch is rarely seen here. The convoluted plotting that requires more attention than the expanded short story-like approach seen in his lunar drama is not delivered on, and I couldn’t say I’d want to revisit this universe, given the chance. 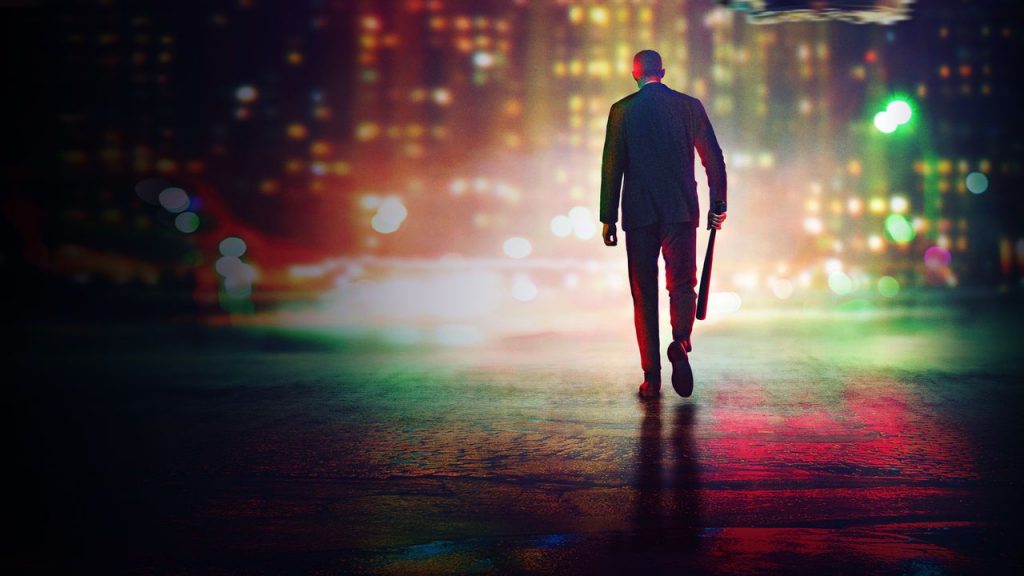 Characters like Dominic Monaghan’s strange geisha come and go without much care in a film that’s way too long at just over two hours.  Some violence on display provides at least one memorable image, but there’s hardly any joy to come out of the action. Given a particular character reveal, the film ends up feeling rushed in finding a way to tie things up, which only makes the journey even more of a struggle to comprehend regarding the overall purpose.

With a non-speaking lead character and unlikable people around him, it is easy to see why Netflix was the route to go for getting a film like this made. But having a movie deemed unconventional by studios that have to get by on non-mid-budget features these days mostly is not a good enough excuse for a film that works as a hodgepodge of ideas and designs. With an unengaging mystery and a bloated narrative, Mute misses out on being an exciting and pulpy techno-thriller, choosing to be all talk and no walk instead. 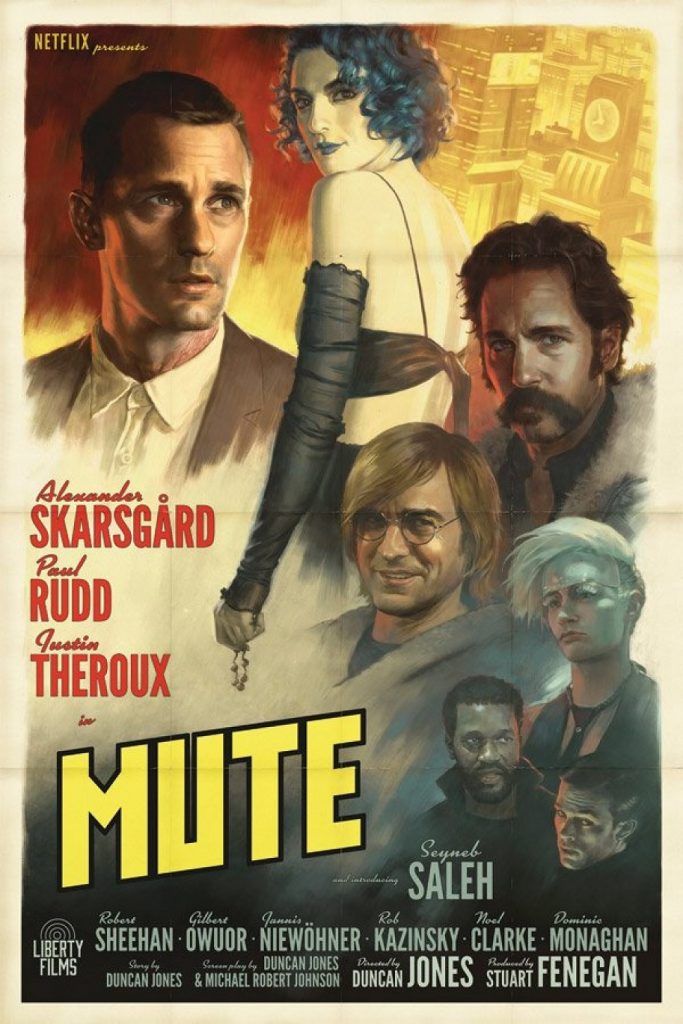