We take a look at some of the best rock music documentaries of 2020. Zappa is out on November 23, 2020, while the rest are currently streaming.

Alex Winter of Bill and Ted fame is the dogged director of this unprecedented dissertation of Frank Zappa, the experimental musician who got thrown into the rock music hopper in the 1960s and 70s. Winter raised an eyebrow-raising million-plus via crowdsourcing to bring us this flick, and now, some three years later, it’s ready for primetime. When you see the footage of the Zappa family’s archives—countless boxes of film, tape, photos, and esoterica stacked from floor to ceiling and wall to wall—you’ll understand why it was such a huge undertaking.

Clocking in at over two hours, Zappa is an exhaustive look at its namesake. We learn all about him from cradle to grave, literally. Great news for diehard fans and the curious, but it might be a bit much for all others. I am not a devotee of Zappa’s music or persona—but that doesn’t mean that I cannot appreciate his unique talents, his passion for civil rights, and his unwavering work ethic. I learned a lot while watching Zappa, and I believe it’s an important chronicle that needed to be made and should be seen by anyone interested in U.S. cultural history.

To say that I loved Jimmy Carter: Rock & Roll President would be an understatement. I watched it twice within one week and then I bought copies of the DVD for friends’ birthdays and holidays. In this rather trying year, it’s a breath of fresh air to see a President who has humility, compassion, integrity, an appreciation for culture and the arts. While Jimmy Carter is not fondly remembered by everyone in the political arena, no one can deny he is a nice guy—not only did he win a Nobel Peace Prize for his humanitarian efforts, but to this day and at his age (96), he is still out there building homes for the poor with his own two hands.

But where does the rock and roll come in? Well, I am glad you asked. This documentary offers a truly fascinating look behind the inner workings of his 1977 campaign, and shows how music really can bring people together. If it hadn’t been for a bottle of scotch and a late-night visit from musician Gregg Allman, the mild-mannered peanut famer turned politician might never have been elected the 39th President of the United States. Carter, a lover of all types of music, forged friendships with the likes of Willie Nelson, the Allman Brothers, Bob Dylan, Dizzy Gillespie, and many others. Real friendships, with no agenda—he genuinely liked them, and they him. That is why they banded together to help raise the underdog’s profile amongst young voters. Even hardcore republicans like John Wayne came out to support Carter!

Jimmy Carter: Rock & Roll President features recent interviews with Carter himself, his son James Earl “Chip” Carter III, and while she does not appear as a talking head, his ever-present and beloved wife, Rosalynn gets her due as well.

Director Mary Wharton does not shy away from the crumbling end of Carter’s presidency, marred as it was by the Iran Hostage Crisis and the spiraling economy, but this is meant to be a feel-good, informative celebration of a life well-lived, and it succeeds beautifully to a rockin’ seventies soundscape.

Brit Kate Nash’s music is an appealing pop/punk hybrid, made that much better because she isn’t just a pretty face in front of 100 songwriters and producers. Nash does most of her own writing and arranging, plus she plays guitar and sings without the aid of tech in her all-female band. She came to fame at 20, after being plucked from her MySpace niche by a major label. World tours, new albums, and a growing fanbase followed. But when Nash decided to change her sound, her label and her manager dropped her like a hot rock. Underestimate the Girl follows a floundering Nash as she works her way out of creative and financial ruts. She’s a tough cookie, and continues to do her thing—funding her tours by downsizing, hosting podcasts for minimum wage, and even selling her clothes. At one point, she finds a foothold by writing songs for aspiring artists and recording for commercials. She even gets an acting gig on Netflix’s G.L.O.W.

This is a verité film without the usual cinematic act structure. Some viewers may appreciate the unrefined fly-on-wall approach, but if I never see another shaky, bobbing, out of focus iPhone POV shot in a documentary, I’m just fine with that. While the filmmaking method is tiresome, its subject is not. Nash is definitely not a girl we should underestimate.

Once Were Brothers: Robbie Robertson and The Band

The Band, led by Robbie Robertson, lasted less than a decade, but the group’s influence is undeniably eternal. They backed Bob Dylan when he went electric, inspired the likes of Bruce Springsteen, Eric Clapton, and Van Morrison to step up their game, and were inducted into the prestigious Rock and Roll Hall of Fame. Even if you’re not very familiar with them, you’ve surely heard their FM oldies station staples The Weight and The Night They Drove Old Dixie Down.

Loaded with rare home movies, wonderful vintage photos, poignant and funny stories, not to mention the actual hits of The Band, Once Were Brothers is yet another stellar music documentary in a year full of really great ones. It’s definitely one to add to your list of must-sees.

Gordon Lightfoot: If You Could Read My Mind

Gordon Lightfoot: If You Could Read My Mind starts with a cinematic slap in the face. The gaunt, cigarette-smoking 80-year-old singer-songwriter unabashedly cusses out one of his hits, For Lovin’ Me. “I hate that [expletive] song,” he growls, adding that he stopped performing it decades ago because of its sexist lyrics. But hey, it was the seventies. That’s how it was. Then again, he wrote the thing so if anyone is going to retroactively ban it, it might as well be him!

In case you haven’t guessed by now, I’m a big rock music fan. But I’m only a casual listener of Lightfoot. I love the chart-toppers, but don’t know any of his other songs. Before delving into Gordon Lightfoot: If You Could Read My Mind I knew nada about his personal life. So, I learned a lot. Devotees may not glean as much about the legend as I did, but they’re bound to enjoy this intimate look at the long life of a man who is still here to reflect on his times.

Creem, boldly proclaiming itself “America’s Only Rock and Roll Magazine” was born in 1969, the same year Rolling Stone launched—but the two publications couldn’t have been more different. Think of Rolling Stone as yacht rock, while Creem was pure punk. Their mascot, the Boy Howdy character (drawn by R. Crumb), was the personification of the magazine’s in-your-face irreverence.

Boasting an impressive array of talking heads, vintage footage, fantastic photos, and interviews with the makers of the magazine, the filmmakers behind Creem: America’s Only Rock and Roll Magazine have put together a thorough, funny, and sometimes tragic documentary. While it may not appeal to those who are not familiar with the magazine, those who pored over its pages as teenagers will revel in all the memories… and may even be surprised by how the publication was actually put together behind the scenes.

At the end of the day, Creem: America’s Only Rock and Roll Magazine is a raucous, punk rock doc with attitude—interviewees include Alice Cooper, Ted Nugent, Joan Jett, Wayne Kramer, and Cameron Crowe (who “almost famously” got his start as a scribe for the mag) to name just a few. It’s well worth a look! 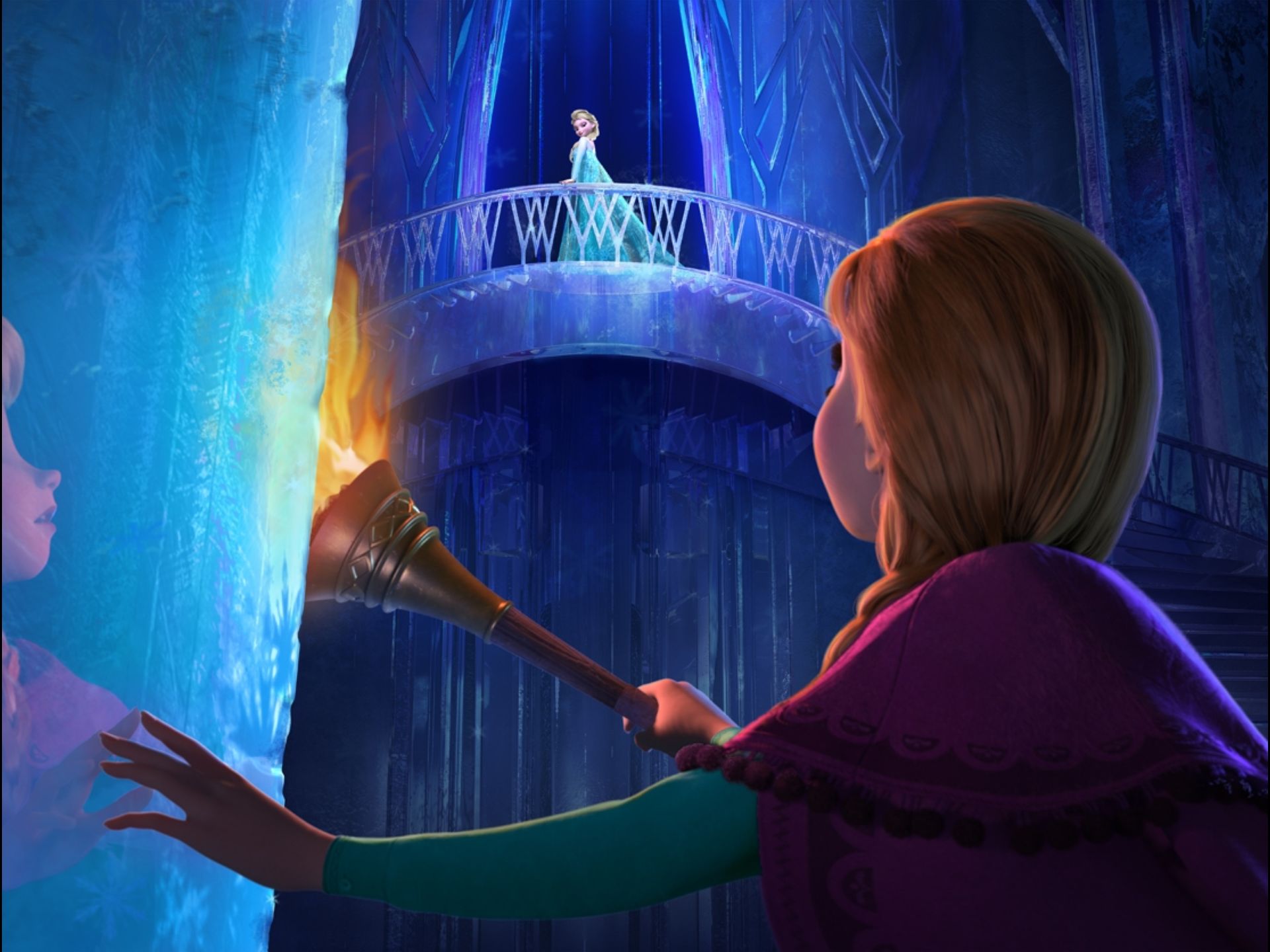 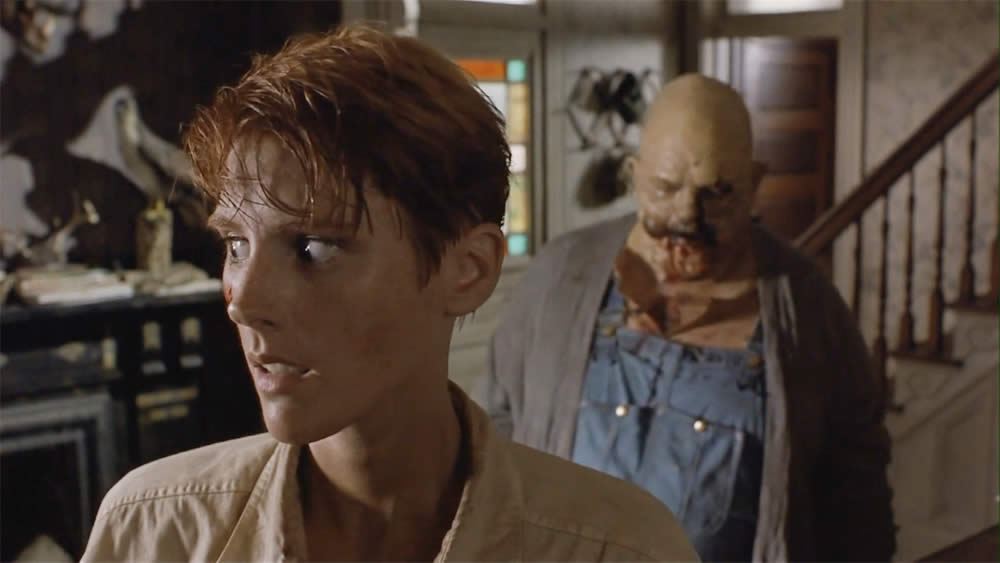 Rockumentary Round-up – Everyone from Alice to Zappa