It was an interesting mix of casting news this week, including new gigs for Mel Gibson, Catherine Zeta-Jones and a Dora the Explorer movie heading to the big screen. Here’s the Role Call roundup: 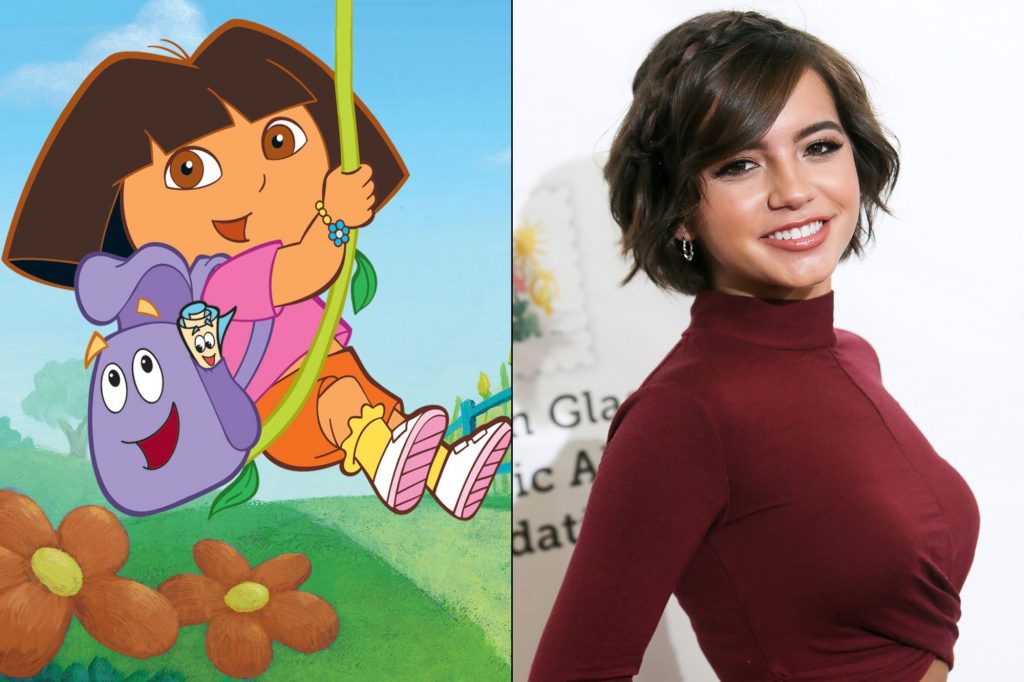 Little girls should be giddy about this one. Isabela Moner, best known for starring in last summer’s blockbuster The Transformers: The Last Knight, has been tapped to play the intrepid Dora the Explorer in a first live-action feature for Paramount. Clearly, they are going to make Dora a little older for the film. She’s a teenager now who, along with her best friend, Boots the monkey, and her cousin Diego, go on an adventure. My guess is they’ll use a map at some point.

“We are thrilled to have found our Dora in Isabela,” Paramount Players president Brian Robbins said in a statement. “Dora has long been a celebrated, strong heroine in animated television, and like Dora, Isabela has an incredible spirit and is an advocate for positive values. With our partners at Nickelodeon, we look forward to continuing Dora’s story for generations to come.”

Added Moner: “I’m honored and excited to bring Dora to life. I grew up watching the show, and for me, especially as a Latina, Dora was an amazing role model — she is a strong, adventurous and fun-loving girl. I can’t wait to put on the backpack and begin her next adventure!”

Dora the Explorer is scheduled for an Aug. 2, 2019, release. (via The Hollywood Reporter) 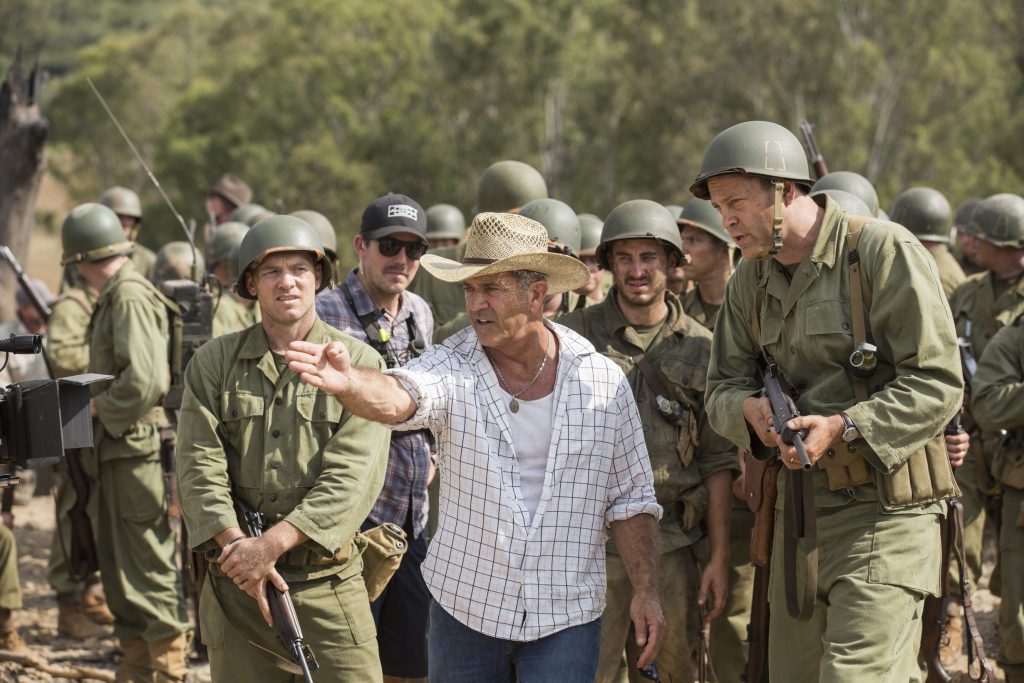 Mel Gibson Is Heading Back Into WWII Waters

Following up his 2016 film Hacksaw Ridge, Mel Gibson is set to direct the film Destroyer, another WWII drama set in the Pacific. Based on the nonfiction book Hell From the Heavens: The Epic Story of the USS Laffey and World War II’s Greatest Kamikaze Attack by John Wukovits, the film centers on the USS Laffey, which survived a slew of Japanese kamikaze attacks, 22 to be exact, in one day.

This movie might also have to be juggled with The Six Billion Dollar Man, in which Gibson is being pursued for a possible starring role opposite Mark Wahlberg. Yes, it’s a take on the 1970s series starring Lee Majors – and notice how it’s “billion” and not “million” now. Inflation, Y’all. Wahlberg is naturally playing Col. Steve Austin, a downed pilot who is saved by an operation that makes him part machine, and the actor wants Gibson to star with him after making Daddy’s Home 2 with Gibson. I’ll just take a stab at saying Gibson would play Oscar Goldman, Austin’s handler. (via THR) 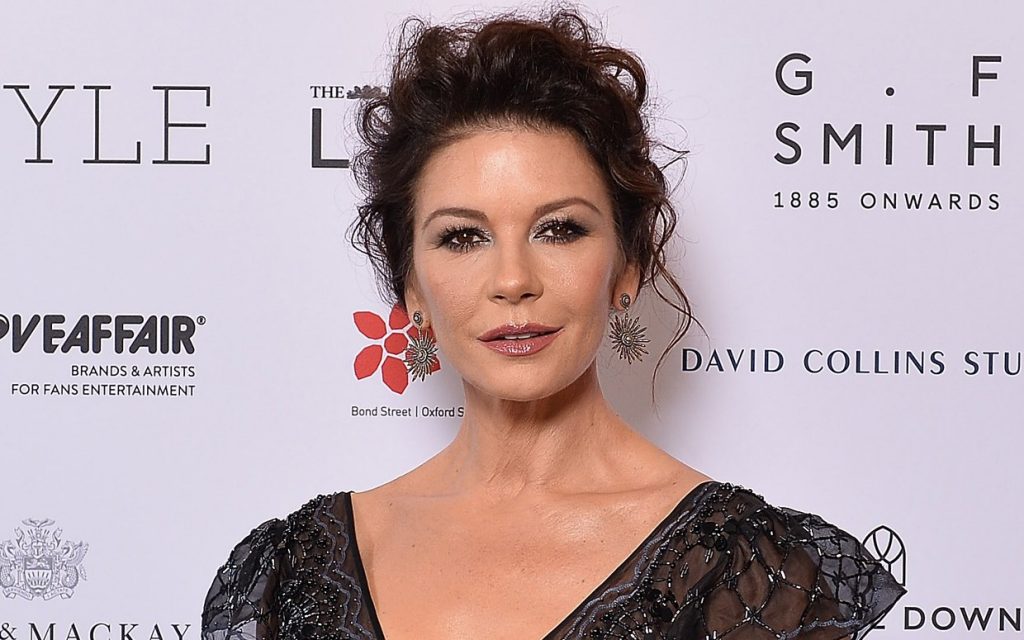 That’s right. Facebook’s nine-month-old video platform, Watch, has joined the ranks of creating original content, adding to the long list of streaming services. Sigh. I feel like enough is enough already, but in any event, the series Queen America is about a beauty pageant coach and the one “client” she can’t quite manipulate and mold like she wants to.

According to THR, Zeta-Jones will play Vicki Ellis, “the most renowned and ruthless pageant coach in the state of Oklahoma. She is desperately sought after by young women competing to be Miss America because she can turn any girl into a winner. But when Vicki gets paired with the beautiful but unpolished Samantha Stone, her entire reputation might be at stake.”

Facebook Watch is also developing a series with Elisabeth Olsen and with Blumhouse Television, among others. 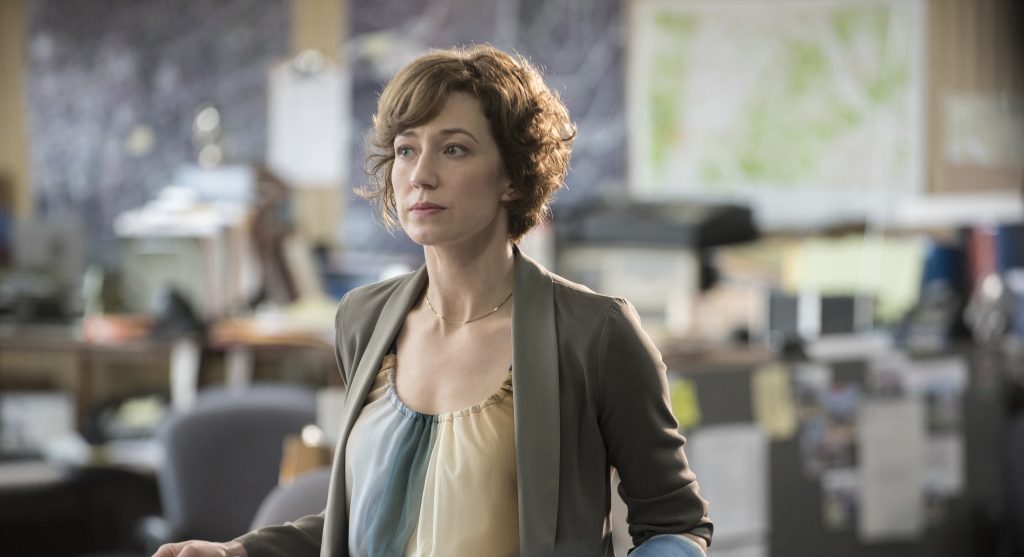 Carrie Coon to Star in Season 2 of The Sinner

I just adored Carrie Coon, who just slayed me in The Leftovers and Season 3 of Fargo. After taking some time to do theater in New York, the actress is returning to the small screen and has been tapped to star in USA Network’s anthology The Sinner, which is due in August.

Here are the official details from THR: “Season two will see Bill Pullman reprise his role as Detective Harry Ambrose as he returns to his hometown in rural New York to assess an unsettling and heart-wrenching crime — parents murdered by their 11-year-old son, with no apparent motive. As Ambrose realizes there’s nothing ordinary about the boy or where he came from, the investigation pulls him into the hidden darkness of his hometown. He is pitted against those who will stop at nothing to protect its secrets — and a mysterious woman who proves to be a complicated, enigmatic piece to this haunting puzzle.” Color me intrigued right away.