You can't escape a mother's love.

Buying into a thriller’s premise can sometimes rely heavily on the goodwill of the audience. Run is the kind of suspense film asking for a lot in terms of acceptance, making up for it through intense forward momentum. Director Aneesh Chaganty’s follow-up film to his inventive 2018 thriller, Searching, may not experiment as creatively in terms of form, but as far as playing into the solid realm of a modern mystery playing off a twisted take on the “obsessed parent,” Run has a lot working in its favor.

Following an opening spelling out the definition of various conditions including arrhythmia, asthma, diabetes, paralysis, and hemochromatosis, we are introduced to Diane and Chloe Sherman (Sarah Paulson and Kiera Allen). Chloe is a wheelchair-bound, homeschooled teen living largely away from society with her very devoted mother. As Chloe is reaching the end of her high school tenure, she is literally racing to the door every afternoon, hoping to see an acceptance letter from Washington University.

Before things ramp up, the importance of routine is firmly established. No longer confined to screens and security camera footage, Chagnanty places his camera everywhere necessary to establish the home the mother and daughter share. He and co-writer Sev Ohanian also do the work in highlighting the little details that will come into play later on. Chloe’s daily regimen of pills and ointments is offset by daily reminders that she has no phone and limited access to the internet. 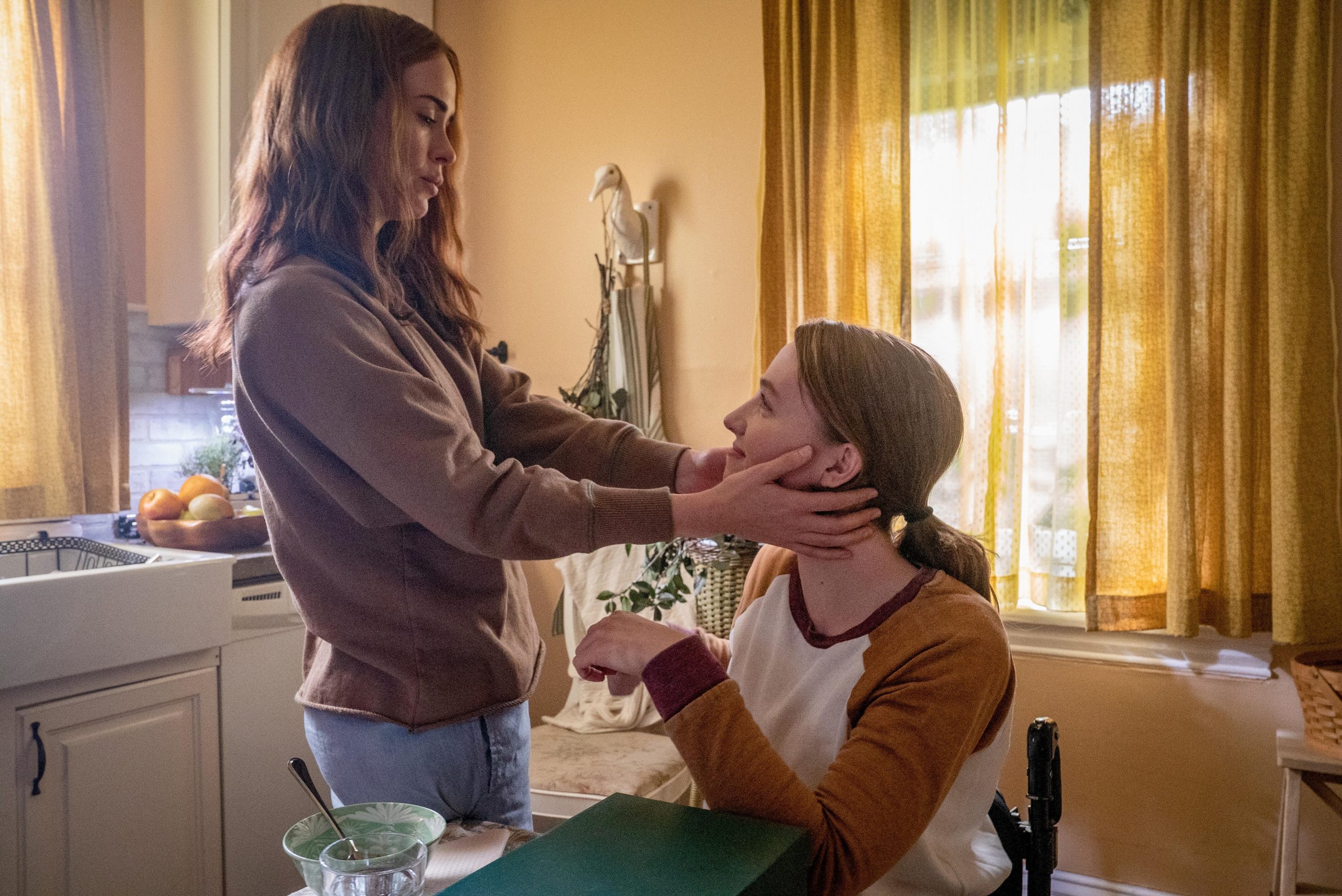 While the film could benefit from more of a dive into modern culture and the impact a lack of social awareness may have had on Chloe, Run still does the work to take the idea of a protective parent to its highest possible level. Soon enough, in the scope of the film, Chloe discovers something off about her medication, which leads to a (speedy) unraveling of all she believes to have known about her mother.

To say more would be giving away the confined cat and mouse chase that unfolds, though it’s less about a character running away and more about the mental games being played. Chloe and Diane being in positions of believing they know more than the other, allows the film to have a lot of fun with the challenge of having a character with a disability unable to easily escape a place of possible danger. In that way, while lacking both a stronger sense of inventive filmmaking and an eye towards deeper social commentary, it still hits hard when it comes to the thrills.

While one can take it back to Alfred Hitchcock, when it comes to learning lessons from the Master of Suspense to build on ways to create tension, it’s also hard not to see the influence of someone more modern, such as M. Night Shyamalan. He’s another filmmaker who knows how to carefully stage suspenseful set pieces, crafting stories that are less focused on the time they exist than the work done with the characters. With such a small cast, Chaganty is doing something similar. 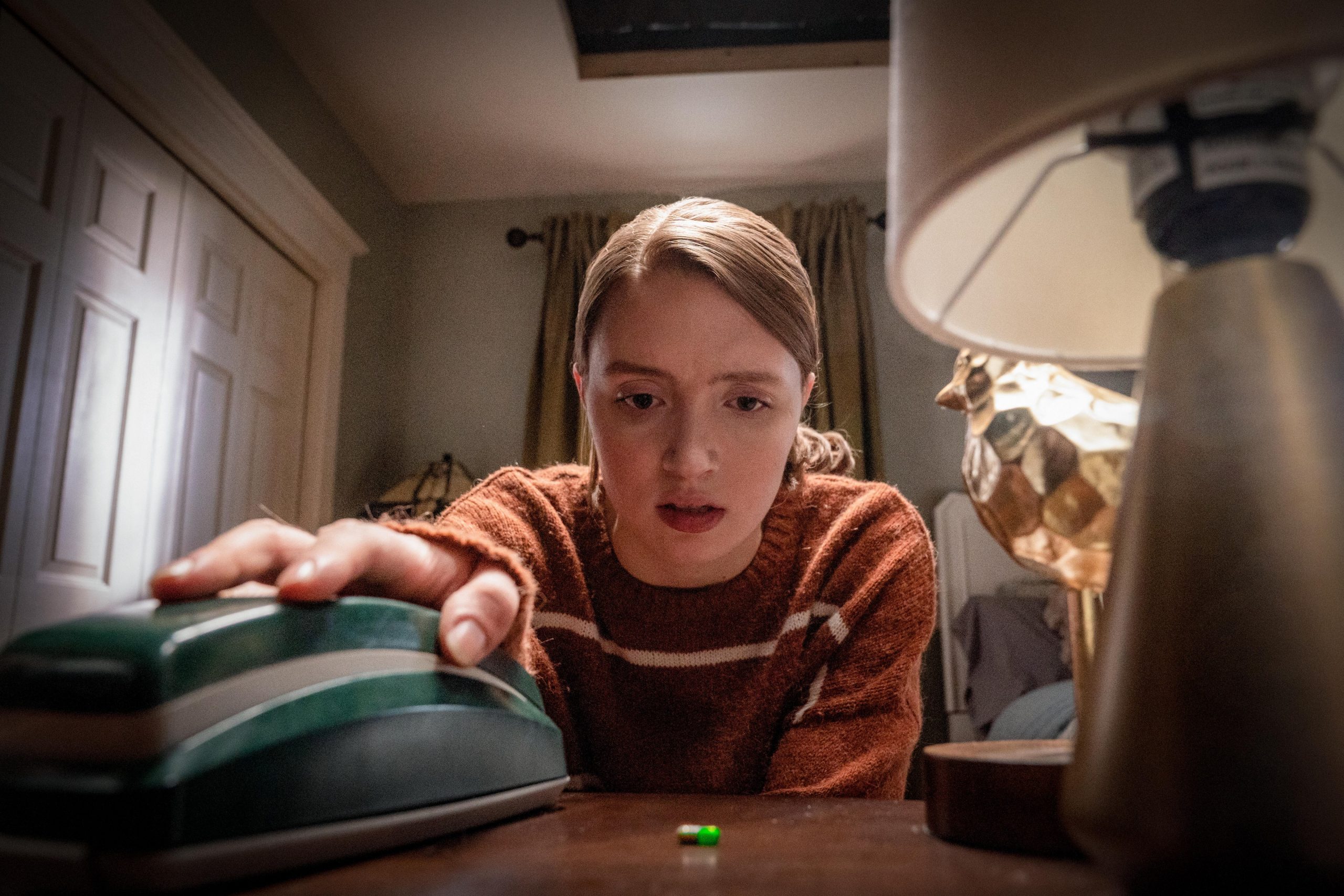 Yes, the circumstances continually build to ridiculous levels, as Run continues twisting its story on its head for the sake of increased stakes. However, fortunately, the film holds together thanks to the superb performances from both Paulson and newcomer Allen. Being a series veteran from American Horror Story, Paulson has no trouble slipping into the tricky role of a mother with deep secrets within the confines of a genre film. Even as the film takes little time to breathe before pulling the rug out from Chloe and the audience, there’s enough work done to show a motherly visage with the power to morph.

Allen does a great job holding her own. Being the first mainstream feature in a long time for a lead actor who actually uses a wheelchair in real life, Run allows Allen to portray a character whose personality, intelligence, and determination come first. It’s something Chaganty clearly recognizes as important, as the crew made a purposeful choice to cast a differently-abled person. The results work well, as the film knows how to break up forearm bruising tension with moments of levity, whether or not they have to do with the insane circumstances Chloe runs into in an attempt to outwit her mother. 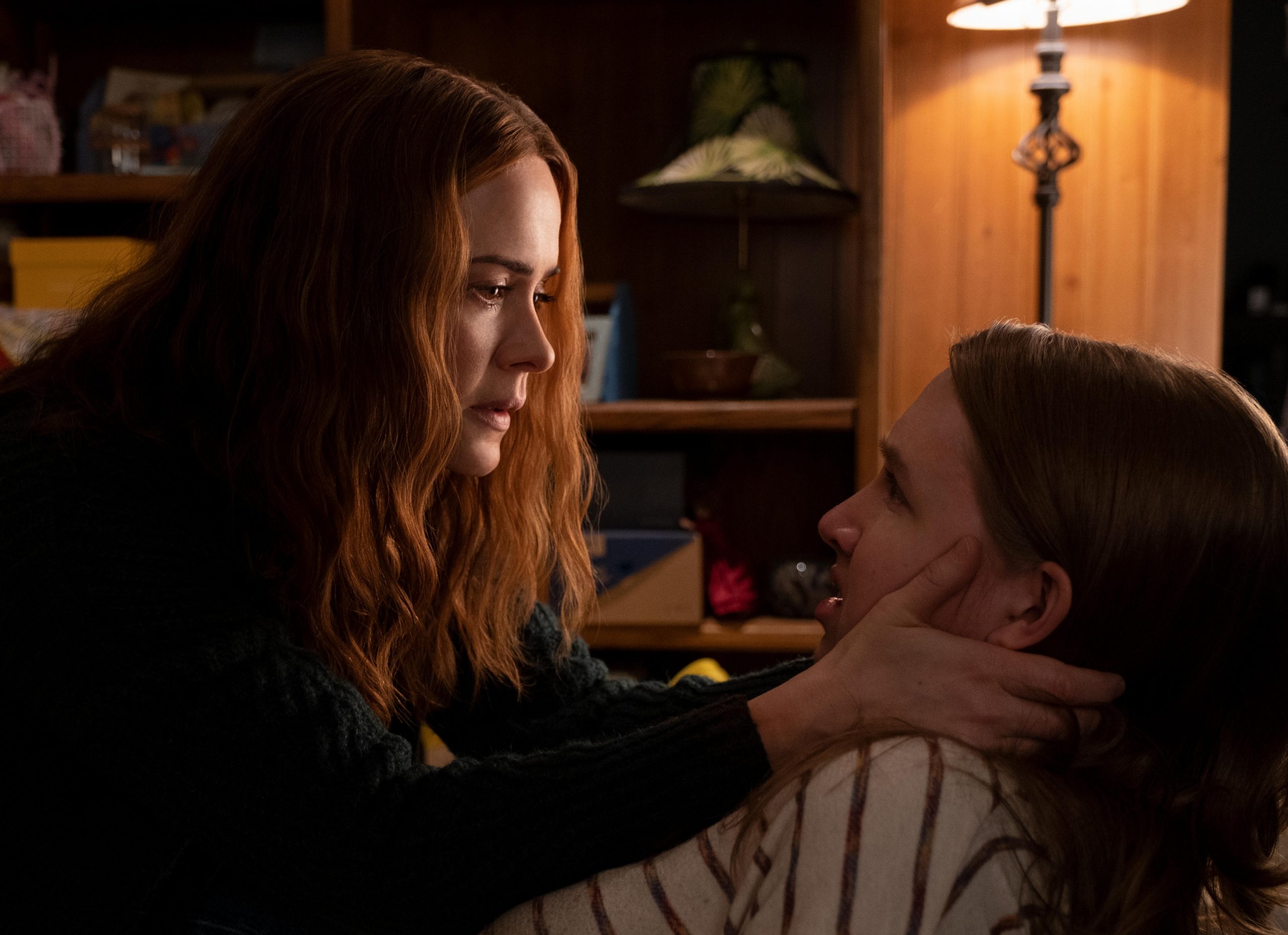 If anything, the film’s larger issues do not have to do with believability but rather the number of predictable beats. Sure, watching events unfold is exciting unto itself, but while I may not have been able to tell myself where things were going from the outset, there is a situation where having plenty of experience with paranoia/chase thrillers holds Run back from feeling fresher. This may not take away from the quality of the writing or the performances, but I do with the payoffs to certain scenes (including the ending) were stronger, based on the familiar ways things were set up in various instances.

All of this in mind, not unlike other modern-age, smaller-scale thrillers such as Chaganty’s Searching, let alone films like Green Room, Hush, or even Panic Room, the basic setup is complimented well by the performances and some clever filmmaking. There was more room to explore a mother’s motivations to be as involved in her daughter’s “well-being” as she was, but as a film operating purely on its heightened premise, Run is a fun dash through a thrilling mystery. 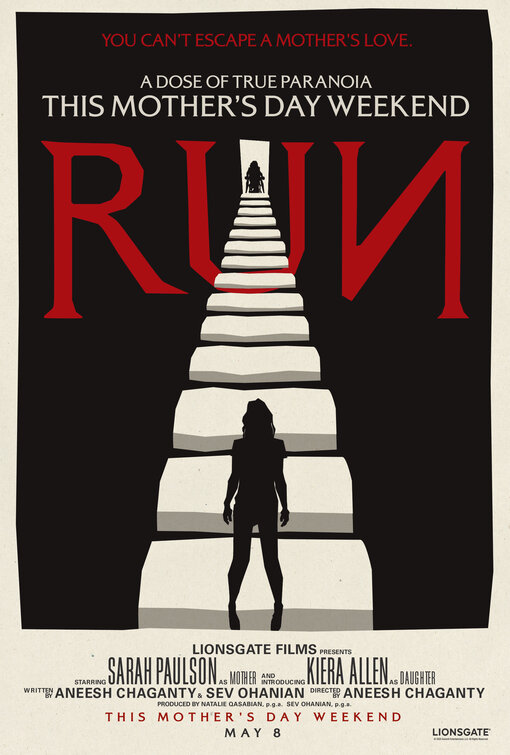 (The date may no longer apply, but this is a great poster.) 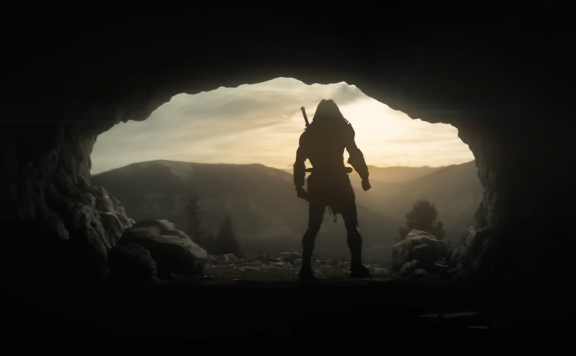 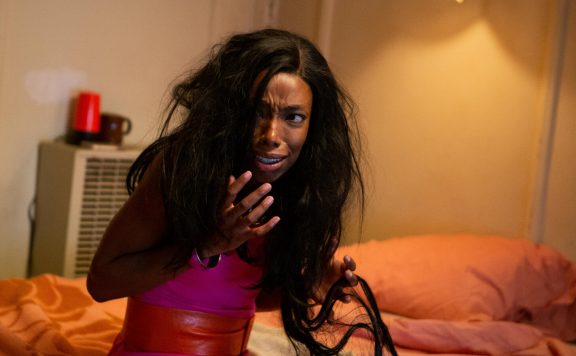 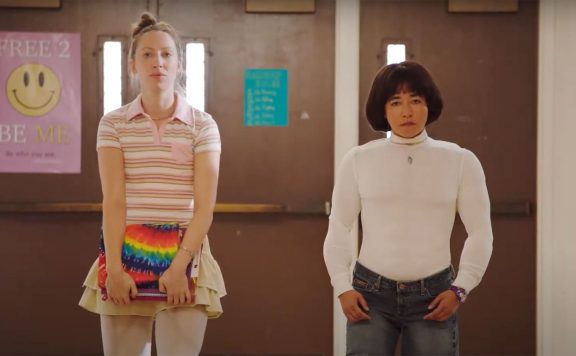 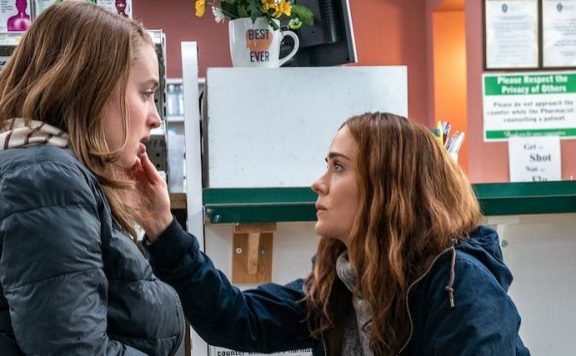 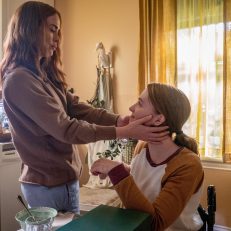 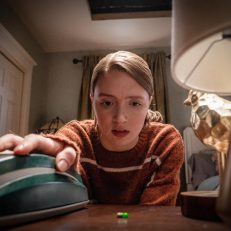 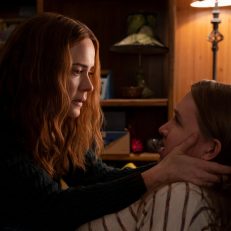 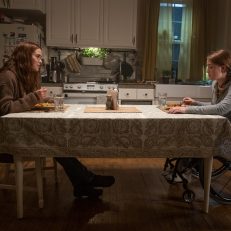 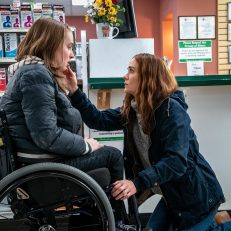 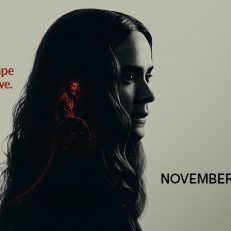 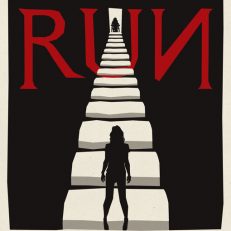