Ron Howard began his directing career with feature films with Grand Theft Auto (1977), a comedy road movie. Now, after decades of success with directing, Howard returns to cars on the screen with Rush. The high-speed, true-life drama tells the story of the famous 1970s Formula One rivalry between Austrian Niki Lauda (Daniel Bruhl) and Englishman James Hunt (Chris Hemsworth).

The rivalry in the film actually first begins in the early 70s when both men were still in Formula Three. Lauda soon takes out a loan to be able to enter Formula One, and Hunt follows by entering with his Hesketh Racing team. Eventually both men get married (Lauda to a woman named Marlene Knaus (Alexandra Maria Lara) and Hunt to model Suzy Miller (Olivia Wilde)) and climb the ranks in racing, with Lauda signing with Ferrari and Hunt with McLaren. This all leads to the famous 1976 season, where Lauda crashed his F1 car in real life and was badly burned.

Howard’s film, working off of a script by the great Peter Morgan (who collaborated with Howard on Frost/Nixon (2008)), joins The Fighter (2010) and Warrior (2011) as being one of the best sports dramas so far of the new decade. Like with those films, a viewer doesn’t have to necessarily be interested in the sport on display in order to get caught up in the film. I could never really call myself a fan of F1, yet I couldn’t take my eyes off of Rush.

Morgan’s script services the story very well, keeping things tight and swift as far as the main story goes. The screenwriter and Howard do let Lauda and Hunt’s marriages slip by with minimal coverage, and the film opens with unnecessary narration and wraps up with obvious dialogue, but Morgan makes up for such issues with his precision in detailing the central relationship. Both Lauda and Hunt are given well-rounded personalities, so much so that the script makes it challenging to even try and think about rooting for one man over the other.

Bringing these magnificent racers to life are Bruhl and Hemsworth, both of whom prove themselves as star players. Bruhl is just excellent as Lauda; the actor really nails Lauda’s meticulousness and determination. Hemsworth is just as good as Hunt, displaying the man’s playboy charm and lifestyle but also his love and drive for the sport. The two actors’ chemistry is also palpable, making the rivalry have just the right spark. Everyone else on the screen is pretty good, too, but this is really Bruhl and Hemsworth’s show when all is said and done.

Howard is also in top form in the director’s chair. He really makes the film’s 70s and F1 settings seem believable, constructing mise en scenes in every scene that are rich in detail. It also helps that Howard establishes a quick pace to match Morgan’s writing, only letting off steam a bit in the third act.

Aiding Howard considerably in making Rush pop off of the screen are cinematographer Anthony Dod Mantle and editors Daniel P. Hanley and Mike Hill. Mantle fills every frame with visual snap, providing some shots that have a certain saturation and smoothness that really stick; he delivers a nice level of color and grit, showing off the possibilities of shooting with digital. Hanley and Hill’s editing matches Mantle and Howard’s work; their cuts are spot-on, and they mix new and archival footage terrifically. Also worth noting, quickly, is the music score by Hans Zimmer, the production design by Mark Digby, and the costume design by Julian Day, all of which add to the flavor of the film.

Rush is an expertly made sports film, and perhaps one of Howard’s best films to date. The movie has a few little issues here and there, but nothing hate-worthy or too distracting. It has great technical features, and the story of Lauda and Hunt is remarkable; it’s just supremely entertaining. 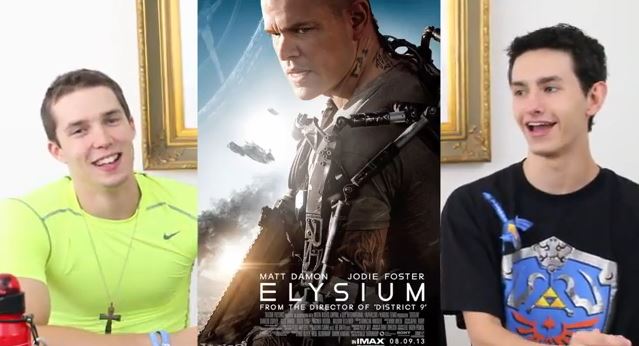