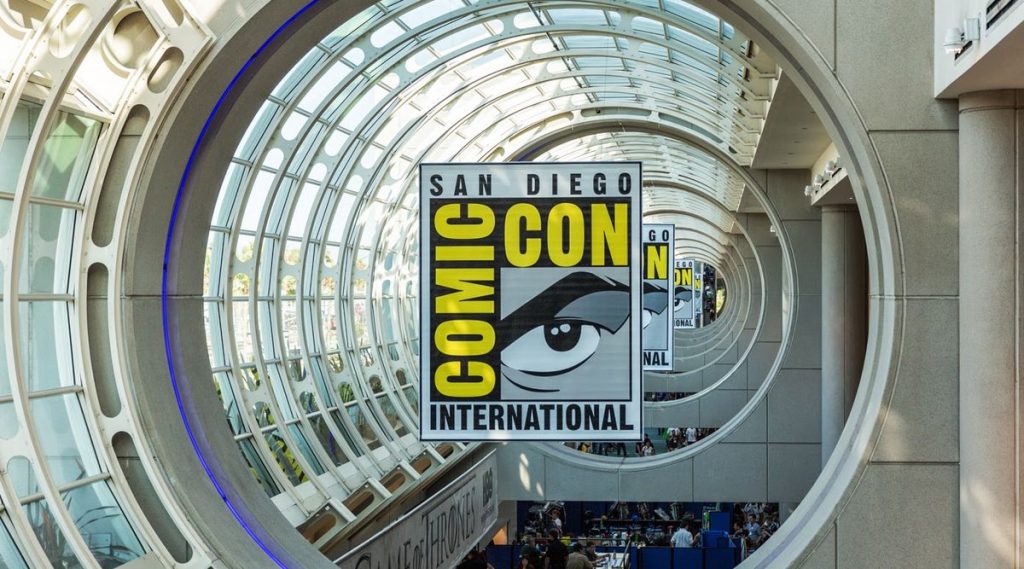 Kicking off the final day of San Diego Comic Con, Hall H greeted the wonderful cast and crew of Sherlock. Present for the panel was the effervescent Benedict Cumberbatch along with Steven Moffat, Mark Gatiss, Sue Vertue and Amanda Abbington. The group discussed working with animals and babies and jested that they obviously don’t want to give anything away about the next season if that is what they are talking about. It was very entertaining. They also played a trailer for the next season of Sherlock, which promises to be much darker than the previous year. Benedict was without a doubt, the highlight of the panel.

Supernatural was an amazing panel this year. We had the usual Robert Benedict, Richard Speight, Jensen Ackles, Jared Padalecki, Robert Singer, Andrew Dabb, Mark Sheppard and Misha Collins but were surprised by two panelists, Ruth Connell and Samantha Smith. The little stuffed hamster made his way back to the panel this year as well. It was very entertaining and fun look at the next season, which they say will focus on family. The big reveal is that Lucifer’s new vessel is going to be played by Rick Springfield. The crowd didn’t seem to go overly crazy over that, but we shall see how it plays out. There was a trailer for the upcoming season, and of course, the much anticipated gag reel, followed by another couple getting engaged in front of Hall H. It certainly was the year of love in Hall H.

Following the Supernatural panel, I was lucky enough to participate in the roundtable interviews for Supernatural. There will be a separate post about that conversation. Please stay tuned to the site for that update.

A perfect way to end San Diego Comic Con, we traveled over to Room 6BCF to go see the wonderfully charismatic John Barrowman. I had told everyone that it was probably my absolute favorite panel of the 2015 Comic Con and he didn’t disappoint this year. He was hilarious, frank, and extremely entertaining. He spends the panel telling stories, singing, laughing and just having a lot of fun with his fans. I don’t know many other celebrities who would put themselves out there like he does and he is loved for it. The panel was a blast and a great end of the Con.