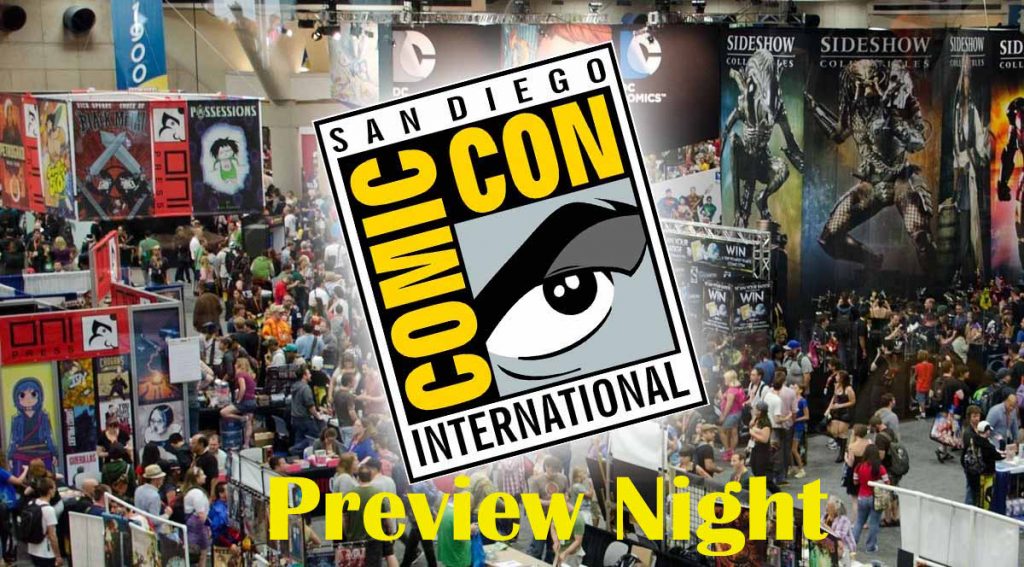 Teaching with Comics: An Interactive Workshop for Educators

Comic-Con and Warner Bros. Television proudly continue their annual Preview Night tradition, with exclusive world premiere screenings of the pilot episodes of five of the most highly anticipated series of the 2016-17 television season-Riverdale, Powerless, People of Earth, Frequency, and Time After Time-as well as a new episode of Teen Titans Go!

Riverdale – Things aren’t always what you expect in Riverdale. Based on the iconic characters from Archie Comics and produced by Berlanti Productions (The Flash, Supergirl, Blindspot, Everwood), this one-hour drama is a bold, subversive take on the surreality of small-town life. As a new school year begins, the town of Riverdale is reeling from the recent, tragic death of high school golden boy Jason Blossom, and nothing feels the same. Archie Andrews (KJ Apa) is still the all-American teen, but the summer’s events made him realize that he wants to pursue a career in music and not follow in his dad’s footsteps, despite the sudden end of his forbidden relationship with Riverdale’s young music teacher, Ms. Grundy (Sarah Habel). Which means Archie doesn’t have anyone who will mentor him-certainly not singer Josie McCoy (Ashleigh Murray). who is only focused on her band, the soon-to-be-world-famous Pussycats. It’s all weighing heavily on Archie’s mind, as is his fractured friendship with budding writer and fellow classmate Jughead Jones (Cole Sprouse). Meanwhile, girl-next-door Betty Cooper (Lili Reinhart) is anxious to see her crush, Archie, after being away all summer, but she’s not quite ready to reveal her true feelings to him. And Betty’s nerves, which are hardly soothed by her overbearing mother, Alice (Mädchen Amick), aren’t the only thing holding her back. When a new student, Veronica Lodge (Camila Mendes), arrives in town from New York with her mother Hermione (Marisol Nichols), there’s an undeniable spark between her and Archie, even though Veronica doesn’t want to risk her new friendship with Betty by making a play for Archie. And then there’s Cheryl Blossom (Madelaine Petsch), Riverdale’s Queen Bee is happy to stir up trouble among Archie, Betty, and Veronica, but Cheryl is keeping secrets of her own. What, exactly, is she hiding about the mysterious death of her twin brother, Jason? Riverdale may look like a quiet, sleepy town, but there are dangers in the shadows. Riverdale is from Berlanti Productions in association with Warner Bros. Television and CBS Television Studios, with executive producers Greg Berlanti (Arrow, The Flash, Supergirl, DC’s Legends of Tomorrow), Roberto Aguirre-Sacasa (Supergirl, Glee), Sarah Schechter (Arrow, The Flash, Supergirl, DC’s Legends of Tomorrow), and Jon Goldwater (Archie Comics). Riverdale premieres midseason on The CW.

Powerless – It’s a superhero’s world. As the first comedy series set in the DC Universe,Powerless is the story of Emily (Vanessa Hudgens, High School Musical), a young insurance adjuster specializing in regular-people coverage against damage caused when superheroes and supervillains treat the city like their own personal battleground. Taking care of insurance needs one by one, Emily and her team of co-workers might not have any superpowers, but they are out to make a difference in people’s lives and prove that you don’t need to have powers to be powerful! From Warner Bros. Television and executive producer Ben Queen (Cars 2), Powerlesspremieres midseason on NBC.

People of Earth – From Emmy winners Conan O’Brien (Conan), and Greg Daniels (The Office, Parks and Recreation), and creator David Jenkins comes People of Earth, a half-hour single-camera comedy series about a support group for alien abductees. People of Earth centers on skeptical journalist Ozzie Graham (Wyatt Cenac, The Daily Show), who investigates a support group to write about the members’ supposed alien encounters. The more he digs into their oddball claims, however, the more he realizes a semblance of truth to their stories and possibly even signs that point to his own alien abduction. The onetime outsider now finds himself a part of this eclectic group of misfits, all the while struggling with the idea of knowing that life could exist beyond this world. The series is executive produced by O’Brien, Daniels, Norm Hiscock (King of the Hill), Jeff Ross (Conan), David Kissinger (Eagleheart), and Larry Sullivan; Jenkins is co-executive producer. Produced by Conaco LLC in association with Warner Horizon Television, People of Earth is coming this fall to TBS.

Frequency – Based on the New Line feature film, Frequency is the story of a father and daughter who are supernaturally reunited two decades after his suspicious and untimely death. New York detective Raimy Sullivan was only 7 when her father, undercover cop Frank Sullivan, abandoned his family in pursuit of a case that led not only to his family’s breakup, but also his eventual death undercover. Always believing her dad died in disgrace as a corrupt cop, Raimy set forth to surpass him in law enforcement, rising through the ranks to detective. But everything she knows changes when somehow Raimy and Frank connect, across two decades, over Frank’s vintage ham radio in the garage. Where once Frank was lost in the shadows of his undercover work in 1996, he has now miraculously been found by his now-grown daughter in 2016. As they forge a new relationship while working together in two time periods to close an unsolved serial murder investigation, their emotional connection transcends time to not only repair the broken bonds of their family but also defy fate and change the course of destiny. From Lin Pictures in association with Warner Bros. Television, Frequency premieres Wednesdays at 9/8c this fall on The CW. Jeremy Carver (Supernatural), Toby Emmerich (Frequency film), John Rickard (Horrible Bosses), Dan Lin (Sherlock Holmes films), Jennifer Gwartz (Veronica Mars), and Brad Anderson (Fringe) are executive producers.

Time After Time – Using the 1979 novel and movie as a launching point, Time After Time chronicles the epic adventures of a young H. G. Wells. At the age of 28, the 19th-century scholar has yet to publish any of his landmark science fiction novels, but his idealistic thinking and radical ideas have led him to actually create a time machine. When his longtime friend, the charismatic (and secretly psychopathic) Dr. John Stevenson, a.k.a. Jack the Ripper, finds himself cornered by the authorities at Wells’ London home, he escapes to present-day New York City using the time machine. Naturally, Wells follows, but instead of the Utopian society he imagined would be in the future, he finds a world more aligned to Stevenson’s temperament. Fortunately, Wells meets up with Jane Walker, an assistant curator at a museum staging an exhibition on Wells. As Wells and Jane come together, they will not only play a dangerous endgame with Stevenson but also find themselves involved with the incredible characters and scenarios that inspired Wells’sWar of the Worlds, The Invisible Man, The Island of Dr. Moreau, and more. An epic love story charged with danger and adventure, Time After Time gives an unpredictable spin on the mythology of H. G. Wells by looking at the world of today through the eyes of yesterday. Based on the novel written by Karl Alexander and produced by Outerbanks Entertainment in association with Warner Bros. Television, Time After Time premieres midseason on ABC. Kevin Williamson (The Vampire Diaries) and Marcos Siega (The Vampire Diaries) are executive producers.

Teen Titans Go! – The Teen Titans are back at it again, in Teen Titans Go!, with all new comedic adventures both in and out of Titans Tower, and they’ll have you covered by screening a brand new episode. Based on DC characters and produced by Warner Bros. Animation, Teen Titans Go! airs Thursdays at 6/5c on Cartoon Network. 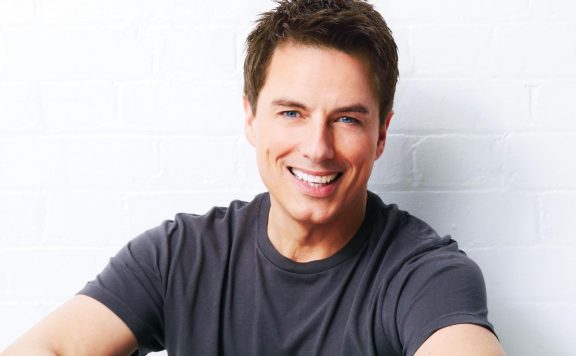 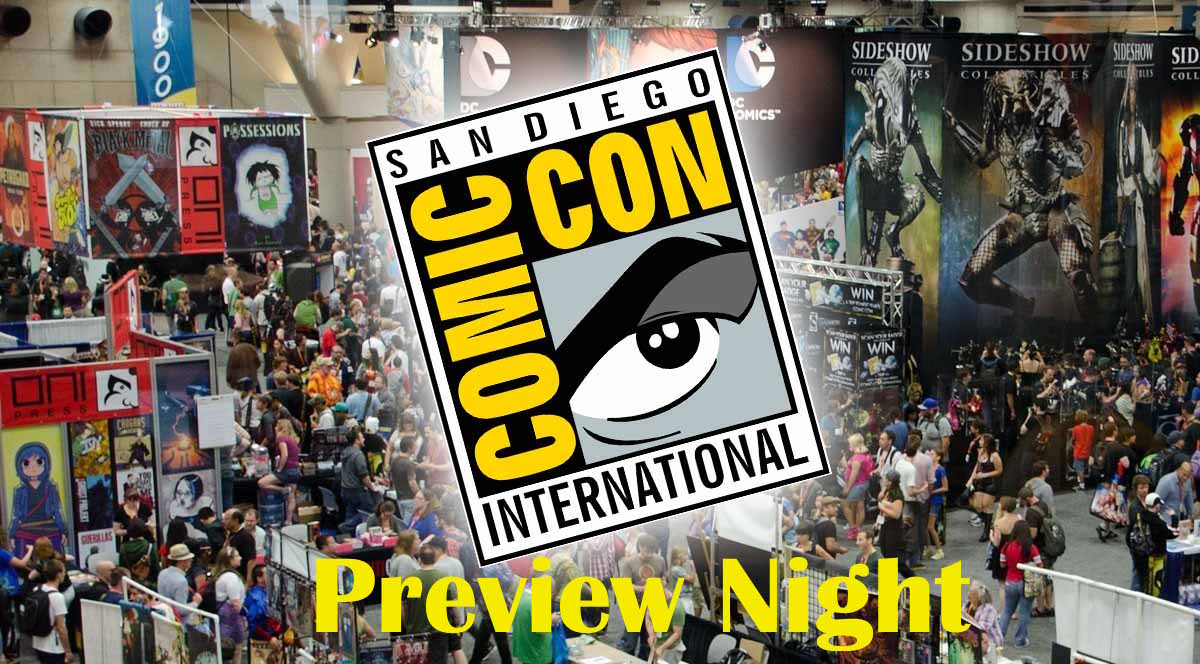