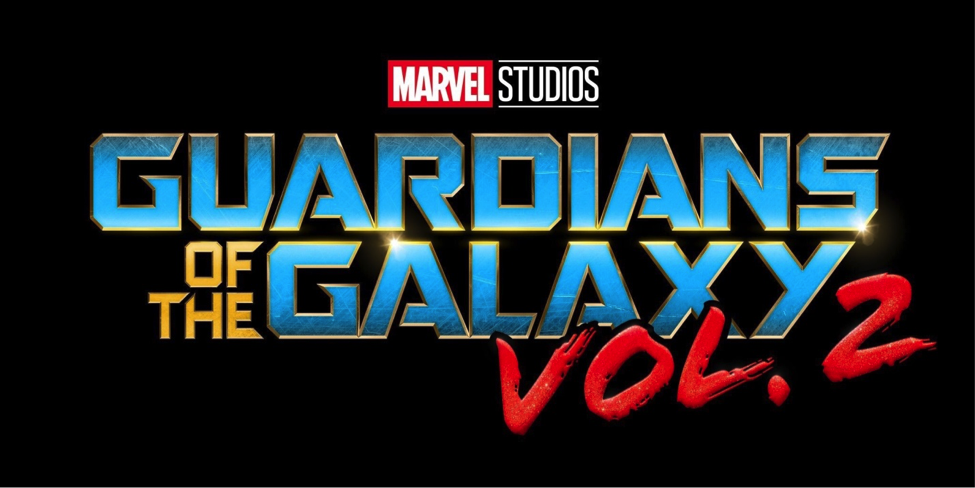 Back in 2014, Marvel Studios attempted their riskiest adventure yet, releasing a film based on the not so popular superhero team known as The Guardians of the Galaxy. When the film hit theaters, it was a massive success and turned characters such as Star-Lord and Groot into prominent names. Guardians of the Galaxy: Vol. 2 has now hit cinemas, and many are wondering, “Do our favorite space ‘A-holes’ have what it takes to strike lightning in a bottle twice?”  The answer is hell yeah these space ‘A-holes’ strike lightning in a bottle twice.

Guardians of the Galaxy Vol. 2 picks up a few months after the events of the 2014 movie, with the Guardians’ reputation now spread across the galaxy. Peter Quill a.k.a Star Lord, played by Chris Pratt (Jurassic World, The Magnificent Seven 2016 version) and his fellow Guardians’ are hired by a powerful, and very gold alien race, known as The Sovereign, to protect powerful and precious batteries from invaders. Rocket Raccoon, voiced by Bradley Cooper (The Hangover Trilogy, American Sniper) has stolen the batteries, The Sovereign search for vengeance. As the Guardians of the frickin’ Galaxy try to escape, the mystery of Peter’s father, past, and more unfold. 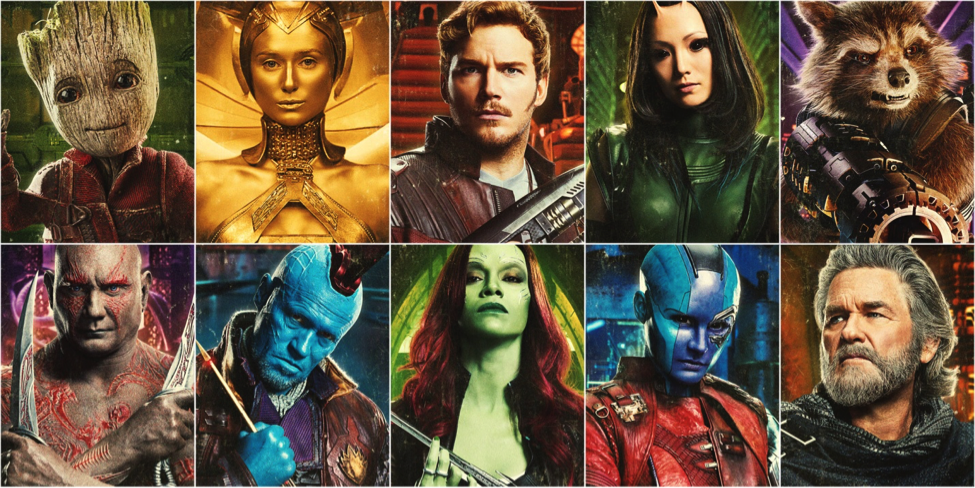 Now I consider myself to be a really big comic book and superhero fan. I have been to a couple of conventions, spent hours in comic book stores, and it has been a part of my life ever since I was a little kid. On the other hand, when the first Guardians movie came out, I had no clue who these heroes are, and I never even heard of this team. What I love about the first Guardians movie, is how they had these characters that weren’t well known, and molded them into some of the best, funniest, and well-written characters we have seen in the MCU (Marvel Cinematic Universe). It also helps that one of my favorite directors working today, James Gunn (Slither, Super), directed it. Fans and critics loved the first Guardians movie, and in my opinion, it is one of the best films to come out of the MCU. Captain America: Civil War is still my favorite film in the MCU. That being said, I believe that Guardians of the Galaxy Vol. 2 is one of the best sequels in the MCU since Captain America: The Winter Soldier.

From the very beginning of the movie, I was laughing and smiling. Everything from the dialogue, the action, and who can forget the cute Baby Groot dancing to the song Mr. Blue Sky by Electric Light Orchestra.

The first aspect I really enjoyed about the sequel is we learn more about our main characters. For instance, we learn a lot more about why Nebula, played by Karen Gillan (Oculus, upcoming Jumanji reboot) has such a deep hatred for Gamora, played by Zoe Saldana (The Losers, Avatar) and what went on during their childhood with Thanos. The two seem to fight like cats and dogs, but Nebula shows some real good emotion and shows us her true feelings as a character. I love when Nebula told Gamora, “All I ever wanted was a sister.” This leads viewers to possibly believe that she doesn’t hate her sister as much as we may think. 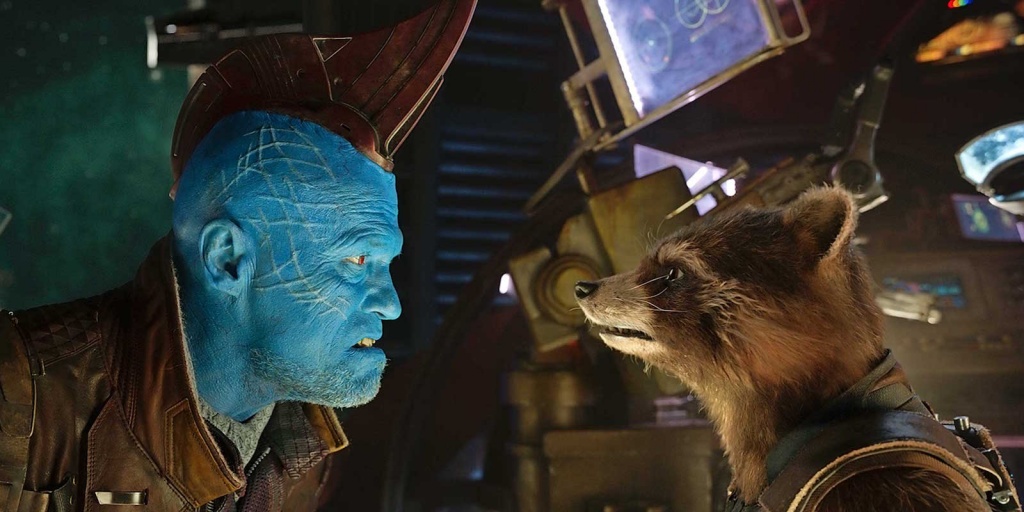 There’s more insight given into Drax’s relationship with his deceased family. While Peter Quill’s lineage is a big focal point in the film, there’s time spent exploring how Rocket Raccoon’s creation caused him some major trust issues, and it’s even explained where Yondu, played by Michael Rooker (Slither, The Belko Experiment) came from. The team faces conflicts and personal demons that threaten to tear them apart, their individual stories dominate the movie. It was well-done writing because we learn more about each individual character.

That is where this sequel shines a light. It shines a light on characters and its theme, the theme being the power and importance of family. In the film, Nebula says, “All you do is yell at each other. You’re not friends.” Drax responds, “No. We’re family.” Even though these characters are split up, and even have separate stories going on, it is that bond that brings them together. For example, you have the story going on between Gamora and Nebula, you have the story of Star-Lord and his father, and the story with Rocket, Groot, and Yondu. Therefore, the movie’s theme is something a majority of people will connect emotionally too, the film has heart, and it still has a fun time.

This is honestly some of the best character development I’ve seen out of Marvel or any movie in a long time. This isn’t a spoiler because it was shown throughout the trailers. Kurt Russell (The Hateful Eight, Furious 7) plays Star Lord’s father, Ego the Living Planet. Russell manages to fix one of Marvels biggest problems, the forgettable villain problem. Russell is a great threat to the Guardians’ and he is a much better villain than Ronan in the first film. Even though he is Star Lords father, Rooker’s Yondu comes off like Star Lords real father figure. In the film, Yondu tells Star-Lord, “He may have been your father, but he wasn’t your daddy.”

I do love that we got time and learned more about our main characters. However, we didn’t get to much time with The Sovereign. They really didn’t come off as vengeful or menacing. They look great. They are covered in head to toe in gold. So much gold even the pharaohs of Ancient Egypt are jealous.

Dave Bautista (The Man With The Iron Fist, Spectre) as Drax has some of the best comedy throughout the movie. I had no idea how funny he could be. The former WWE wrestling superstar is a power slam of comedic lines.  His comedic delivery and timing couldn’t be any better. He laughs while telling us he has famously large turds, Star-Lord needs to find a woman pathetic as him, he calls Mantis, played by Pom Klementieff, ugly, even though she is the prettiest alien I’ve ever seen, and he really is giving the best lines in the movie.

Drax isn’t the only one who gets comedic moments. Everyone gets a chop on the comedy chopping board. One of my favorite lines in the movie actually comes from Yondu. Star-Lord tells Yondu, “You remind me of Mary Poppins.” “Was he cool?” Yondu replies. Star-Lord responds and grins, “Yeah he was cool.” Yondu then yells, “I’m Mary Poppins, y’all!” 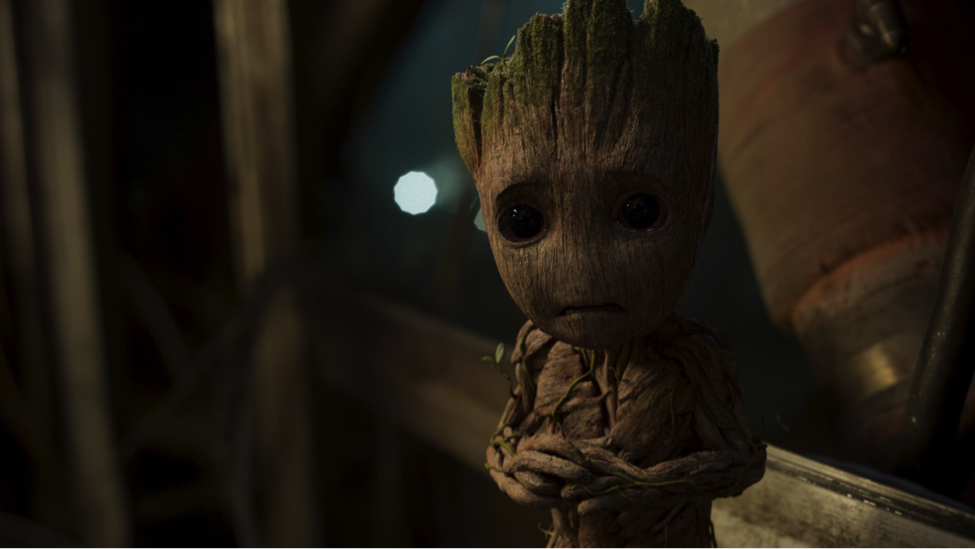 Let’s talk about everyone’s favorite little baby. You’ve all been waiting for it, let’s talk about Baby Groot. All the marketing worked, I love Baby Groot. He makes audiences members, including me, laugh, cry, and say ahhhhh, isn’t he soooooo cute. When a CGI baby tree, that only says three words can pull on your heartstrings and has charisma on screen, you know this movie did something right. I also find it interesting how in the first film, Groot was like the parent for Rocket. Everyone remembers the iconic scene when Groot wipes a tear away from Rockets eye, and tells Rocket, “We are Groot.” Now it is reversed, Rocket is the protector and parent like figure for Groot. In a way Rocket depended on Groot, now Rocket has to put his trust into some other characters.

In addition, the film does a great job of making space seem fun, trippy, colorful, and like a comic book right out of the 1970s. We are even introduced to some new planets, but we don’t spend too much time there.

This movie does what a movie is supposed to do. It connected with me emotionally, it made me laugh, it made me care even more about the characters, it had surprises, it had drama, it was fun, funny, it reminded me why I love movies the way I do, and I personally can’t give a bad rating to a movie that did all these things. It may not be as good story wise when compared to the original film. However, it still packs a punch, has one of the best emotional endings in the MCU history, I’m glad these characters are saving the galaxy again, it strikes lightning in a bottle twice, and as Chris Pratt told Empire magazine, “Watching this, you’ll be charmed, thrilled, and entertained.” I was charmed, thrilled, and entertained throughout the whole journey. Which is why I believe Guardians of the Galaxy Vol. 2 earns… 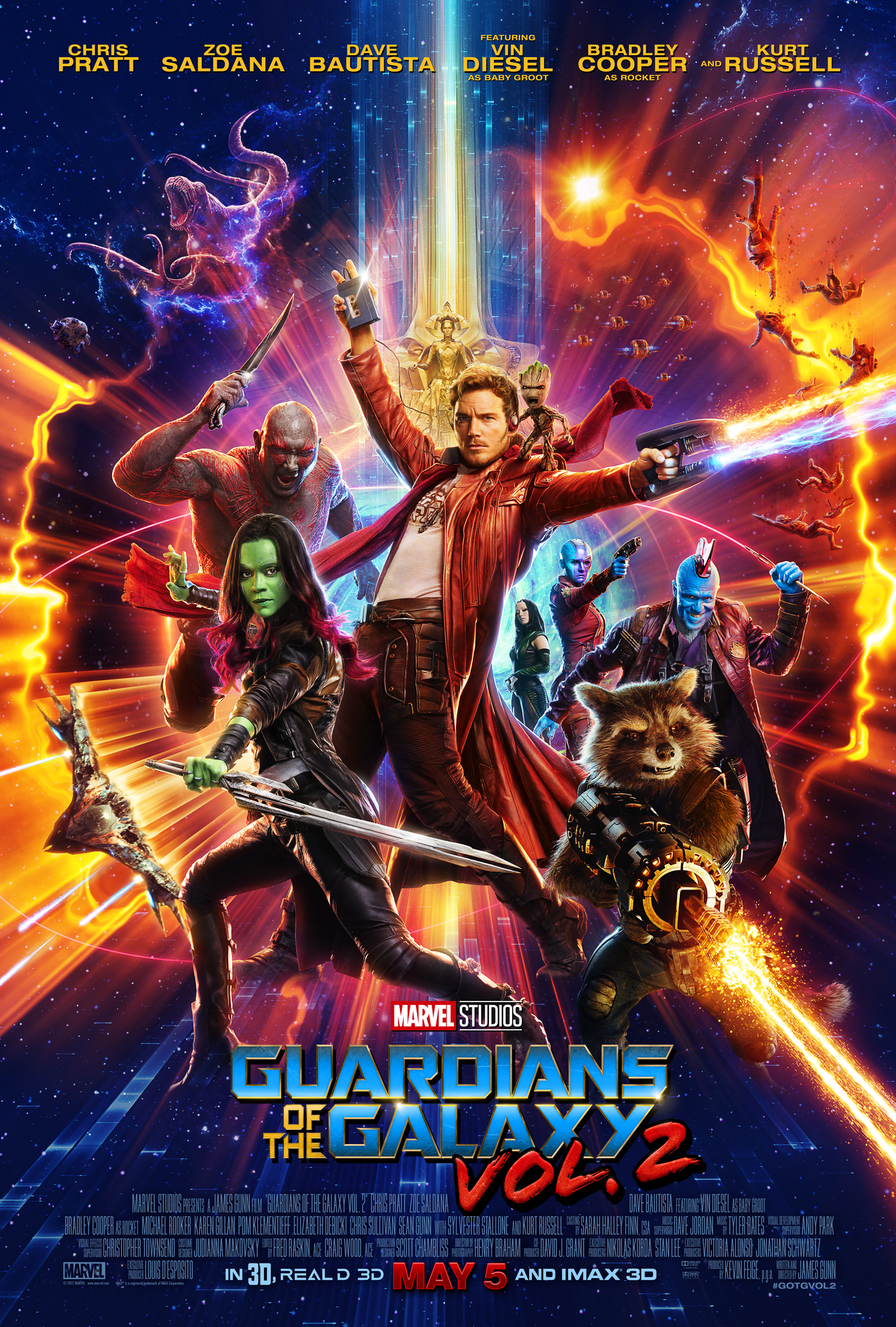