Save Yourselves! is a throwback to an Atomic Age sci-fi cautionary tale, but with a thoroughly modern Millennial twist and a zany dose of droll comedy.

Jack (John Reynolds, Search Party) and Su (Sunita Mani, GLOW) are young hipsters who live together in a cramped Brooklyn apartment, juggling their jobs and hating themselves for their codependent relationship with the internet and social media. They’ve come to feel like they are running on an endless treadmill. So when Su gets fired, that’s the turning point: the pair decides to take the plunge into the abyss of going off the grid for a whole week.

They go cold turkey at a remote cabin upstate and start off sincerely enough—they want to reinvigorate their relationship by living in the moment and doing things together such as canoeing, roasting marshmallows by the campfire, and stargazing. Needless to say, that gets really old really quick. When Su breaks down and secretly turns on her cell to check her messages, she is confused and concerned by the barrage of voicemails and texts from her family and friends. The messages are garbled and chaotic, but she gets the gist that something has gone horribly wrong in the world—and it’s connected to the proliferation of shooting stars she and Jack witnessed the night before. Su is forced to admit to her boyfriend that she turned on her phone. His disappointment in her quickly turns to terror for both of them when they encounter the deadly aliens that have started to slaughter the human race. 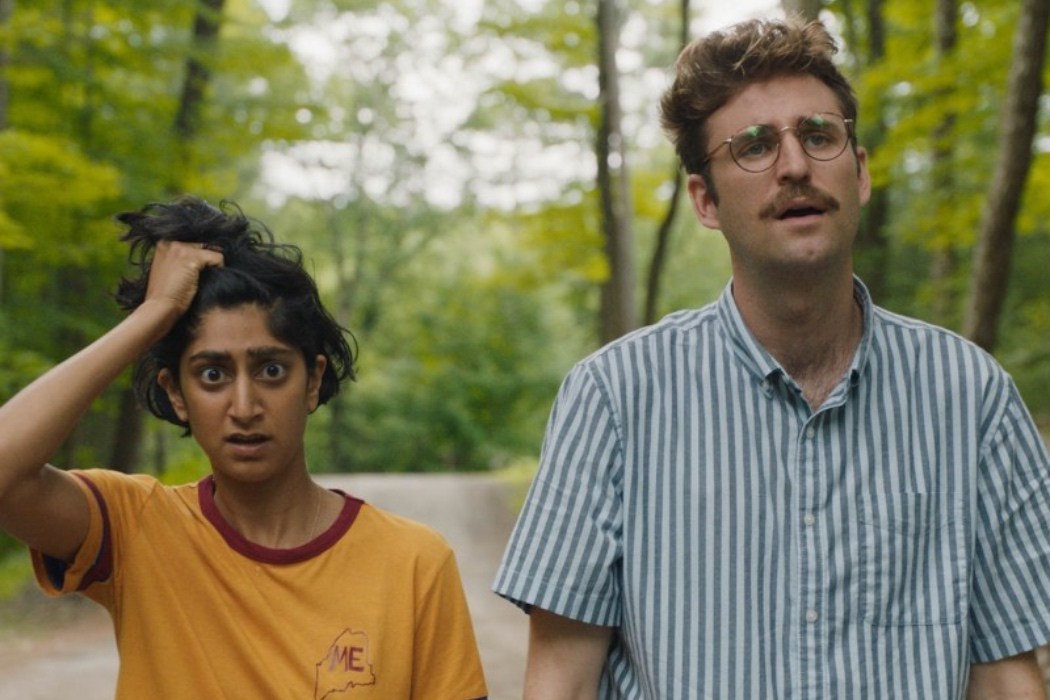 While there is a bit of blood in Save Yourselves! it’s not gratuitous, and the aliens—aka “pouffes”—look a lot like the Tribbles from the original Star Trek tv series. It’s basically lo-fi sci-fi. The critters are quite cute… that is until they transform into ruthless killers by using their long, sucker-like tongues to drain brains and eat hearts. Su and Jack quickly discover that the poufs crave ethanol, which means they’ve emptied the car’s gas tank, but also means they can be easily distracted from destruction with bottles of wine and spirits.

I like that the distributor, Bleeker Street, has a sense of humor in their marketing campaign, and are embracing the old-school aspects of the film with this playful, tongue-in-cheek alternate trailer:

After the pair escapes the cabin, things slow down considerably. You’d think it would be the opposite, wouldn’t you? But no, now the writers seem to lose the plot and rely too heavily on post-apocalyptic cliches at this point. There’s also a weird, drawn-out, totally pointless hallucination sequence that doesn’t belong in the movie at all. The conclusion is fun, but overall Save Yourselves! would have been better as a shorter entry in a sci-fi anthology.

Fortunately, the actors and the idiosyncratic characters they play are charming and watchable—they make you care about their fate, and offer a few chuckles along the way. 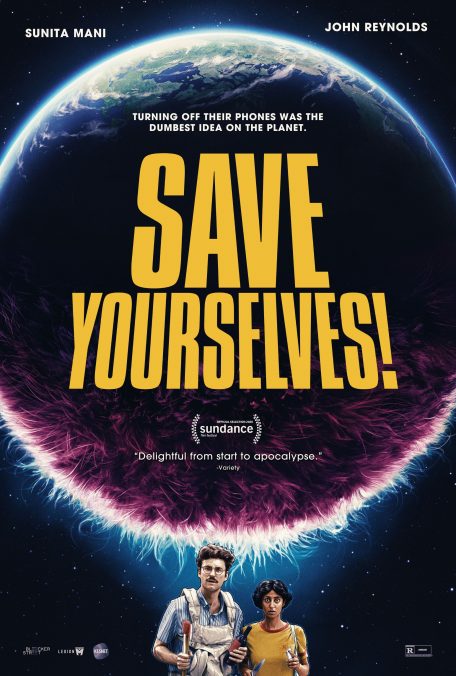 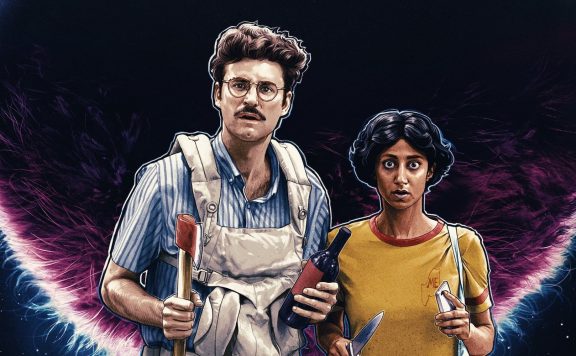 ‘Save Yourselves!’ Review: A quirky sci-fi comedy with a satirical surprise

A young Brooklyn couple heads to an upstate cabin to unplug from their phones and reconnect with each other. Blissfully unaware of their surroundings, they are left to their own devices as the planet falls under attack.
0
Average User Rating
0 votes
Please sign in to rate.
Film:Save Yourselves!
Cast:Ben Sinclair, John Reynolds, Sunita Mani
Director(s):Alex Fischer, Eleanor Wilson
Writer(s):Alex Fischer, Eleanor Wilson
Genre:Comedy, Science Fiction
Studio(s):Bleecker Street
MPAA Rating:R