Scorsese Planning to Direct a Film About The Ramones

The film will reportedly not be a documentary, but instead a dramatized movie about the band. The exact release date of the film is unknown at the moment but it is expected to come out in 2016.

Word of the upcoming film comes not too long after the death of Tommy Ramone, who died at the age of 65 this past July. He was the last living member of The Ramones.

The band was comprised of Joey, the lead singer, Tommy, the drummer, Dee Dee, the bassist, and Johnny, the lead guitarist. 2016 will mark the 40-year anniversary of the band’s first album, Ramones, and the band’s estate managers, Jeff Jampol and Dave Frey, are planning a major celebration.

Scorsese is no stranger to biopics about musical artists as he’s been toying with the idea of a Frank Sinatra movie for years now. Despite years of planning, the project hasn’t seen much action, and it doesn’t seem like it will be able to get off the ground anytime soon.

Currently, Scorsese is working on Silence, which stars Andrew Garfield, Liam Neeson, Adam Driver, and Ken Watanabe. Work on The Ramones film will not begin until Scorsese has wrapped on his current project, which doesn’t release until next year.

As of now, The Ramones film is a long way off from production, especially considering that a writer hasn’t come on board the project yet.

Last year Scorsese’s film The Wolf of Wall Street was a major success, bringing in close to $400 million worldwide at the box office and earning five Oscar nominations. Wall Street proved that Scorsese is as popular as ever, and even after multiple decades in the film business he still hasn’t lost his touch. 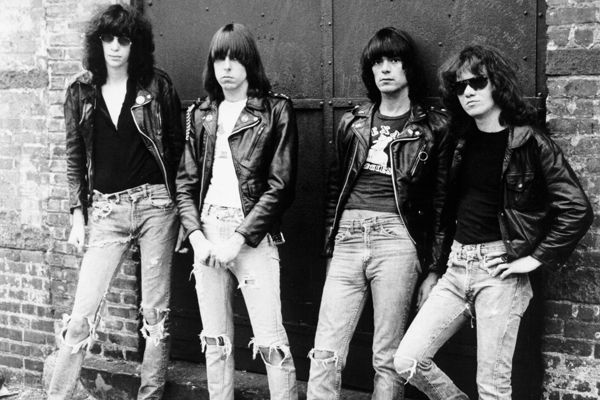 Scorsese Planning to Direct a Film About The Ramones

Scorsese Planning to Direct a Film About The Ramones   by Justin Cook  Acclaimed director Martin Scorsese plans on directing a feature film about the legendary punk rock band The Ramones. The film will reportedly not be a documenta...
0
Average User Rating
0 votes
Please sign in to rate.