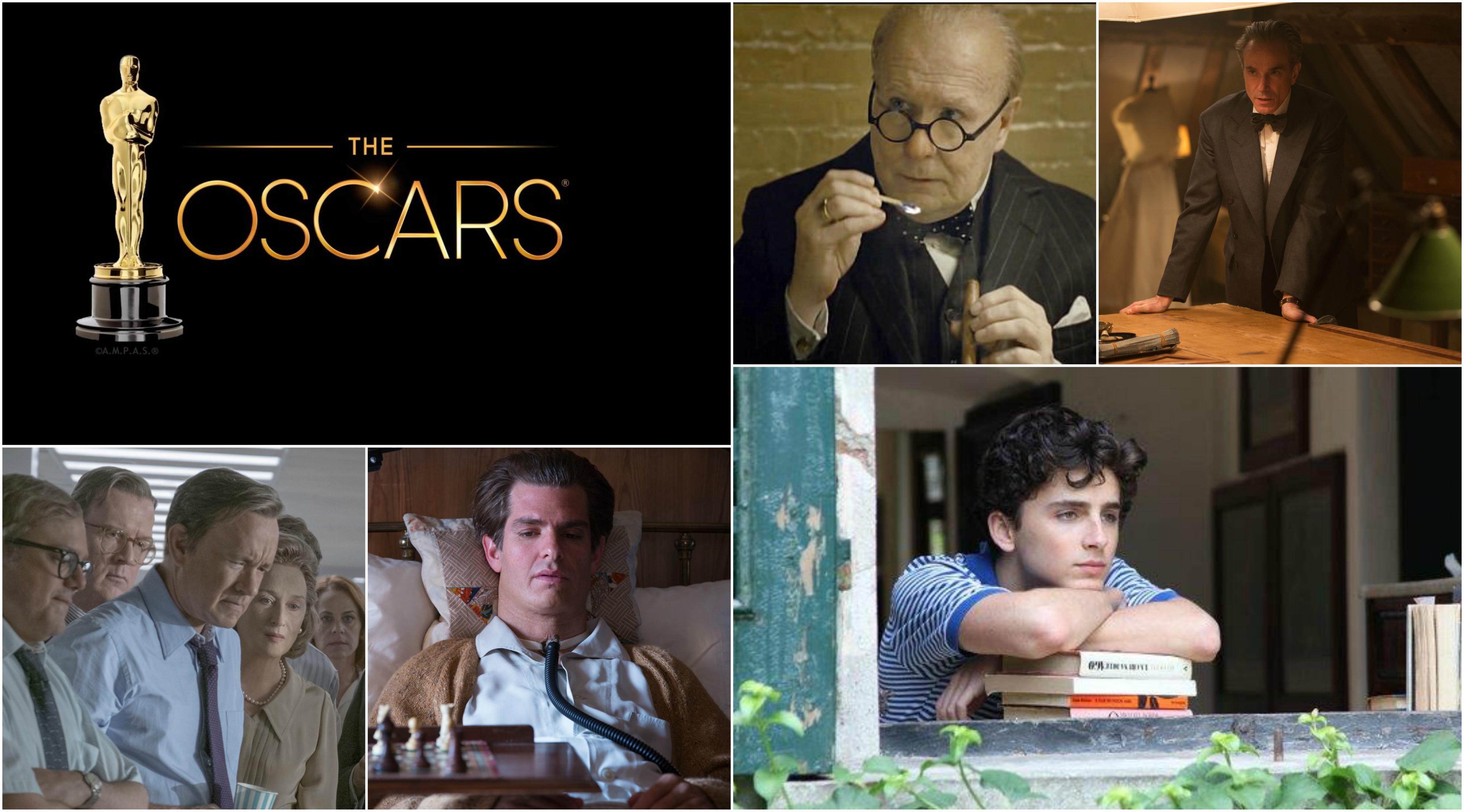 You can find all of our 2018 Oscar predictions right here: We Live Entertainment’s 2018 Acamedy Awards Predictions

Darkest Hour doesn’t star Gary Oldman, it stars Winston Churchill. That is how amazing Oldman’s performance is. You never see Gary Oldman in this role, not even for a second. Oldman’s portrayal of Churchill has been considered the front-runner for Best Actor since the Darkest Hour premiered at Telluride. For me, that prediction hasn’t changed. Oldman is pretty much a lock to win the Academy Award.

Paul Thomas Anderson reteaming with Daniel Day-Lewis for Phantom Thread has made a lot of film critics and film aficionados very excited. It seems like almost everytime Daniel Day-Lewis stars in a film there is some award buzz surrounding it. This is an obvious choice and might be the only other nominee that may cause an upset at Academy Awards.

Spielberg, Hanks, and Streep team up for a true story about journalism vs. the government. While I don’t see The Post until Monday, I already know that this film is going to get its fair share of Oscar love. Hanks, like Streep, has been nominated many times before so I don’t foresee him winning the Academy Award but there is no question that his performance as Ben Bradlee will speak to audiences as well as Academy voters.

Timothée Chalamet – Call Me By Your Name

I saw Call Me By Your Name at Sundance and then again at the Toronto International Film Festival. I feel like I am the only person on this planet who thought the film was decent but nowhere near this epic masterpiece that everyone else seems to be seeing. Don’t get me wrong, it’s a good film, a solid 7 in my eyes but not a masterpiece. However, personal opinion aside, people are in love with this film and have been talking about it since Sundance which means that it will get some love throughout award season. It was already nominated for several Spirit Awards so I think Chalamet will be nominated for Best Actor.

While many critics didn’t connect with Breathe as much as I did, I do believe it is hard to argue that Andrew Garfield delivers an incredible performance. Breathe won’t see any other love outside of Best Actor but Garfield might just end up rounding out the Best Actor nominees.

Could Possibly Steal a Spot:

I was torn between Garfield and Gyllenhaal for the last spot as a nominee. I went with Garfield because I think Academy voters have a bit more of a soft spot for him and have voted him in many times before. In my eyes, both of these performances are top notch, and Gyllenhaal is a remarkable actor that has yet to receive the sort of recognition he deserves as an actor from the Academy. His performance as Jeff Bauman is one that I would label a tour-de-force. This performance is also one that I think a very large audience can connect with. This could be Jake’s year but I am still on the fence as to whether or not, he will receive his first nomination since his performance in Brokeback Mountain back in 2006.

Big Bad Bale is pretty incredible in Hostiles minus a few minor issues that I had with some of Scott Cooper’s Tarantino-esque dialogue that took me completely out of the film. This film has been slowly generating some buzz at various festivals and while I missed it at Telluride, TIFF, and AFI, I did finally get a chance to see it and really enjoyed it. It reminded me of Wind River in a lot of ways but the performances all around including Bale are terrific.

Daniel Kaluuya – Get Out

Kaluuya got a surprise nomination for Best Actor at the Spirit Awards. I would like to think that the Academy is going to make sure that the 90th Academy Awards isn’t ‘Oscars So White’ again so Kaluuya could possibly get a nom for his terrific performance in Jordan Peele’s Get Out.

I don’t know why Fox is hiding The Greatest Showman from critics a little less than a month before it premieres to the public. The film looks terrific and Jackman has an amazing voice so I am a bit shocked that there doesn’t seem to be much of a push for this film. Jackman blew critics and audiences away earlier this year in his final portrayal of Wolverine on the big screen. The James Mangold-directed film felt like an independent Superhero film and Jackman’s performance was nothing short of spectacular.  Even if The Greatest Showman ends up being underwhelming, I still think Jackman will shine in the film as it seems like he was perfectly cast.

I love Denzel Washington but this film wasn’t as WOWing as I hoped for. I saw the original cut at TIFF and have yet to revisit the film since the film was edited together to create a tighter film that will highlight Washington’s strong performance. I liked Washington in the original cut but the story was just so meh. I found myself waiting for something amazing to happen and yet it never did. Washington is good though but I don’t know if Academy members can look past the mediocre story to give Washington yet another Oscar nomination.

I thought Carell’s performance in Last Flag Flying was subdued and filled with depth. I love almost every role that Carell plays but his role of Doc in Richard Linklater’s buddy dramedy is one of his finest performances to date. It’s a tough year for great performances and it is rather unclear whether or not Carell will be ignored as a Best Actor or a Supporting Actor or both. The Best Actor race is a tough one this year so Carell may not even see a nomination for either of his roles this year.

As I mentioned above, I strongly believe that Gary Oldman is the clear winner for Best Actor this year. While Daniel Day-Lewis’ performance in Phantom Thread will certainly be hailed by critics, Day-Lewis has been nominated a lot and has won several awards. Either way, Focus Features should be very happy this year as there is absolutely no way that one of these two performances won’t be the winner. 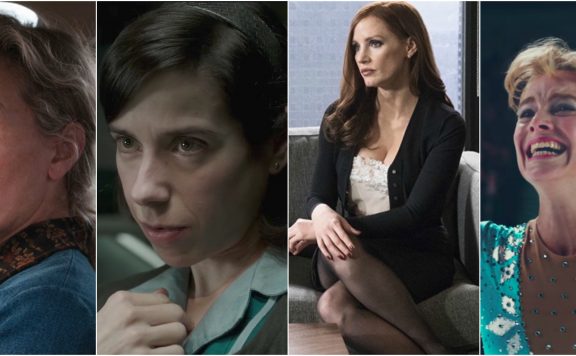