As many probably know, SXSW is not just about FILM but rather a huge festival that includes Music, Comedy, Interactive, Television, and a whole lot more. It is easily one of the biggest events of it’s kind and should be experienced at least once in a person’s lifetime. At SXSW, there is a little something for everyone no matter what your media of choice is.

2017 marks my seventh year at SXSW and just like in the past, I wanted to make a list of my most anticipated films playing or premiering at this year’s FILM festival. Our outlet specializes in covering the film aspect of the festival, but you may see us dabble in some comedy and television this year as well as in the future. However, since we are best known for our Film Festival coverage that will be our primary focus which is why making this list has always been a staple as part of our opening day coverage.

Now without any more long winded delay, I present you with my list of the most anticipated films playing at SXSW 2017. 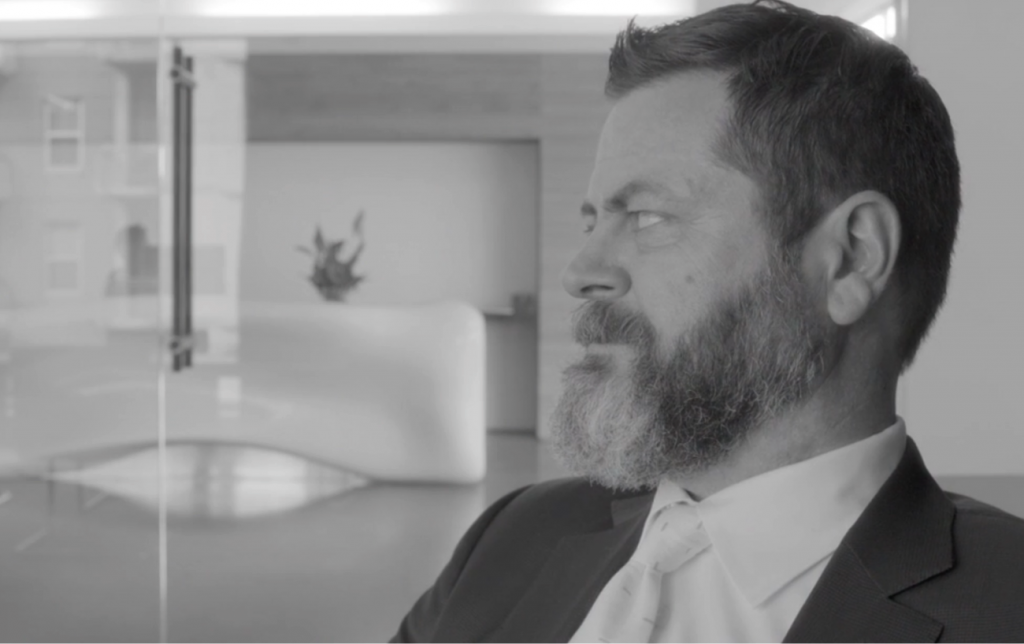 I planned on leaving SXSW earlier in the week, but I changed my schedule so that I could attend the final screening of Infinity Baby. Given the fact that I am a big fan of not only the writer (Onur Tukel) but also the director and cast, I knew I had to find a way to squeeze this film into my hectic schedule. Director Bob Byington makes a lot of odd films with weird and quirky characters which I truly appreciate. I first saw his film Somebody Up There Likes Me in 2012 and have been following his career ever since. I would have gone to see this movie at its premiere, but it conflicts with Baby Driver which is the World Premiere screening of the latest Edgar Wright film that will only be playing once at the festival. I had to prioritize which is always the harsh life of an entertainment journalist. #JournalistProblems. Infinity Baby premieres on Saturday, March 11th, 2017 at 9:30 pm at the Zach Theatre. It also plays on March 12, 2017, at 7:45 pm at the Alamo Lamar B and on March 17, 2017, at 4:30 pm at the Stateside Theatre. 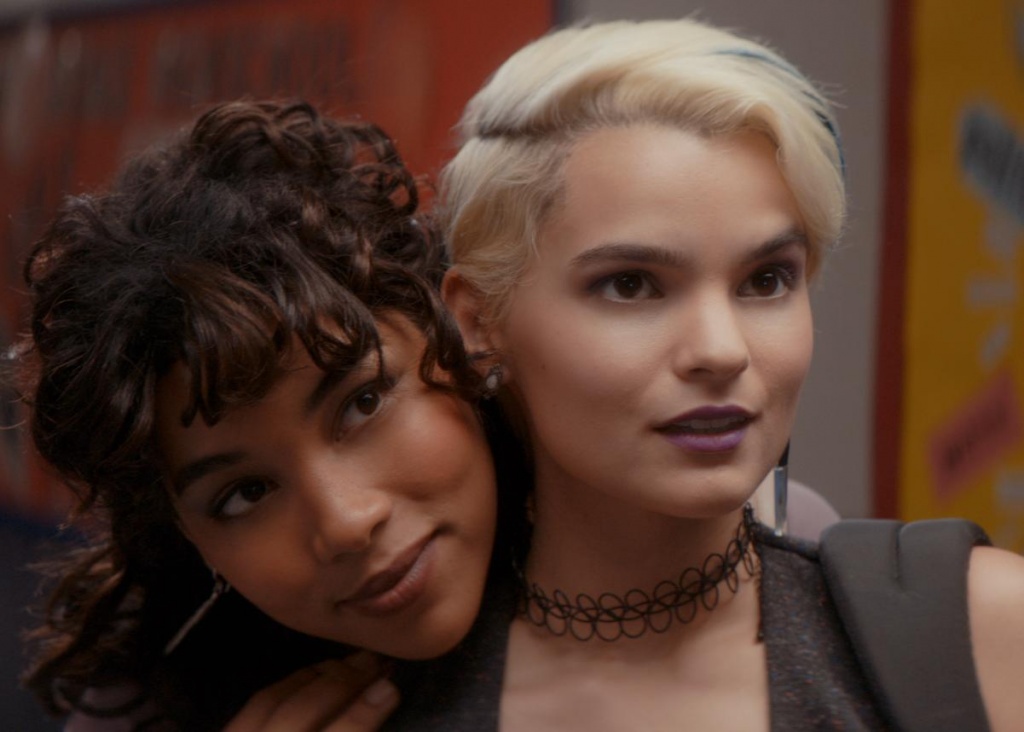 Midnight horror comedies always my go to films at film festivals because while I do enjoy a good horror film, I love the genre of Horror/Comedy even more. I saw The Final Girls at SXSW a few years back and had an absolute blast with it. Tragedy Girls sounds like a fun time especially to experience with an SXSW audience. The film has a great cast that includes Brianna Hildebrand, Josh Hutcherson, Craig Robinson, and several others. This is one of the only Midnight films this year that stands out that is part of the Midnighters section at the festival. The World Premiere takes place on Sunday, March 12, 2017, at the Stateside Theatre at 11:55 pm. There are two additional screenings which take place on March 14, 2017, at 11:30 pm at the Alamo Lamar E and the Alamo Ritz 1 on March 17, 2017, at 11:15 am.

8. The Most Hated Woman in America

When I talked to Melissa Leo during at Snowden press day back in August, she made mention of The Most Hated Woman in America and how excited she was to be part of it. Whenever an actress points out a project, I tend to go out of my way to see it because it usually means it’s good. The film has already been purchased by Netflix and is set to premiere on their streaming service starting on March 24, 2017. Along with Melissa Leo, the film co-stars Adam Scott, Juno Temple, Josh Lucas, and Peter Fonda. The film is based on the true story of Madalyn Murray O’ Hair, who was once the head atheist activist in the United States. The film follows her rise to power to her demise as the most hated woman in the country. The Most Hated Woman in America premieres at SXSW on Tuesday, March 14, 2017, at the Paramount Theatre starting at 2:30 pm. It has one additional screening at the Zach Theatre on March 18, 2017, at 11:30 am. 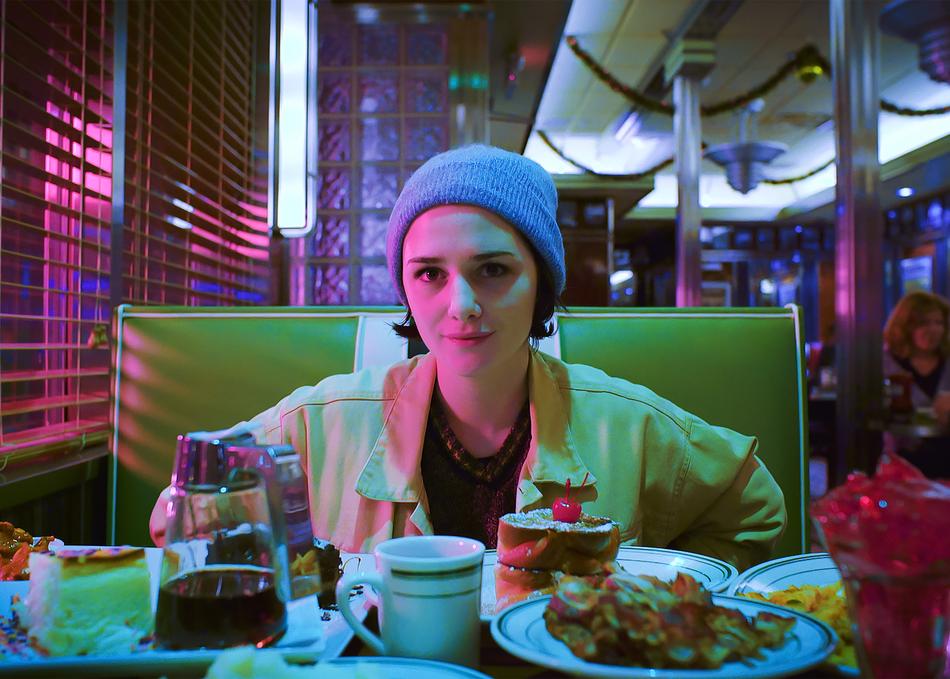 There’s something special about seeing a first-time writer, director, editor, and producer’s first film at a film festival. What makes this film so interesting to me is the premise which based on the official press release is about “a reckless loner named Kiya (Addison Timlin) that is desperate for human connection. She sets out on a crime spree that she broadcasts on social media. Her reality quickly splinters into a surreal nightmare that escalates out of control and all in time for Christmas.” I saw Timlin in Little Sister last year at the festival and loved it. It was such an odd little film, but it had great performances and a lot of heart to it. I feel like Timlin is going places and look forward to seeing how this film compares to that project as well as some of her previous work including Best Man Down and The Standup Guys. Like Me plays several times throughout SXSW. It’s World Premiere takes place on Monday, March 13th, 2017 at the Stateside Theatre at 11:30 am. Additional screenings include Tuesday, March 14th, 2017 at the Alamo Lamar D at 3:45 pm and Wednesday, March 15, 2017, at the Alamo Lamar E. 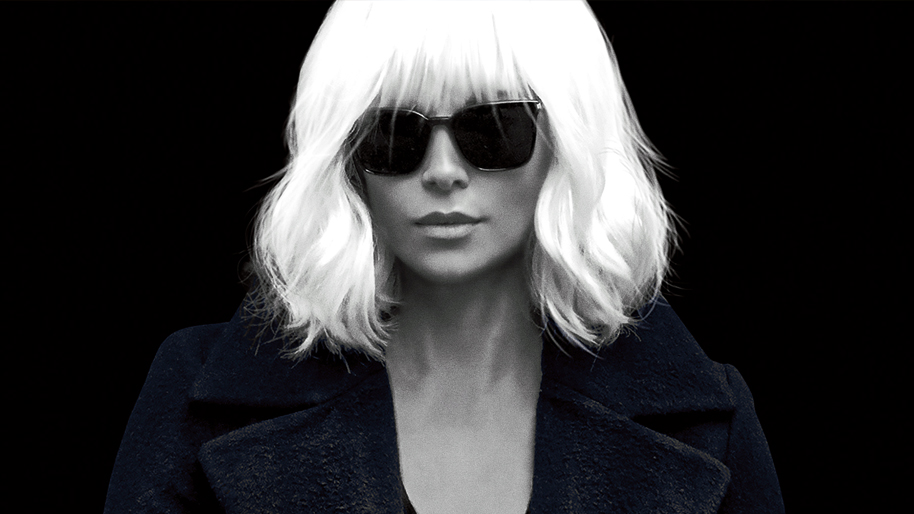 Charlize Theron is easily one of the most talented and versatile actresses working today. She can pretty much take on any role and knock it out of the park. It is so interesting to see Theron step back into mainstream roles in 2017. She will first star alongside Dwayne Johnson and Vin Diesel in Fast 8 and then take on the role of Lorraine Broughton in Atomic Blonde this summer. The fact that Universal is screening the film at SXSW more than four months before it’s scheduled release is a great sign. Theron has shown she can kick some serious ass in Mad Max: Fury Road, so I am sure that will only continue with this one. Atomic Blonde is based on a graphic novel of the same name and co-stars Sofia Boutella, James McAvoy, and John Goodman. Atomic Blonde has it’s World Premiere at SXSW on Sunday, March 17, 2017, at 7 pm at the Paramount Theater in Austin, TX. 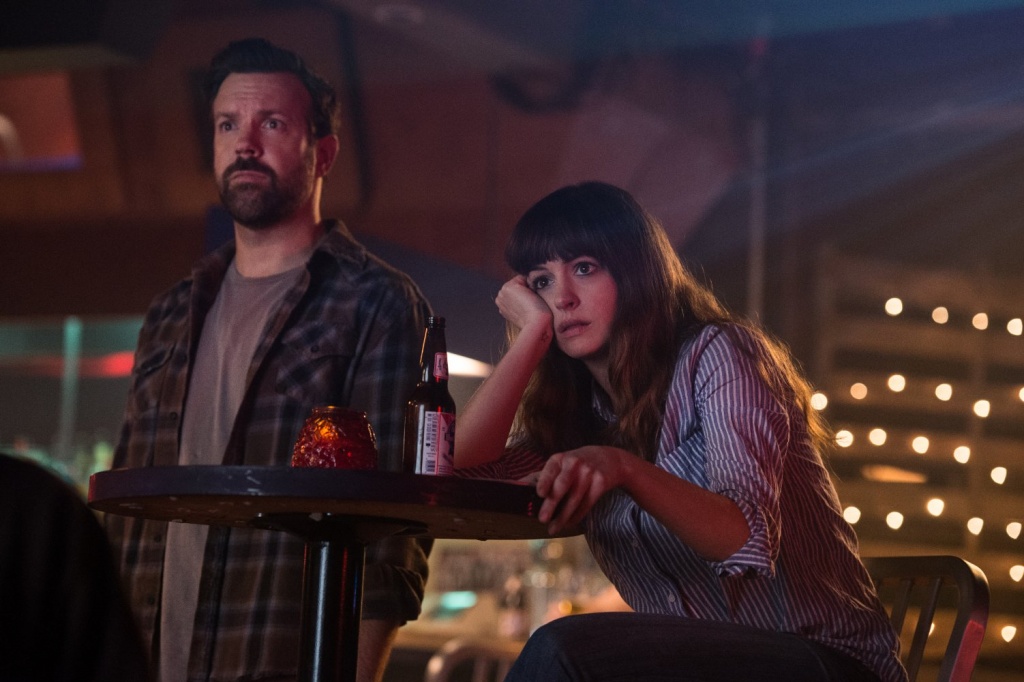 I put Colossal on my Sundance list, and since this is also playing at SXSW, it’s on this list as well. Colossal is one of those films that dares to be crazy and somehow totally works. This film is such a fascinating exploration of alcoholism, bad relationships, and battling inner demons. Nacho Vigalondo has created a unique one of a kind film which is something that you rarely get to say. It is so easy to compare films to one another, but Colossal is something truly standout. I recommend seeing this film if you are at the festival and haven’t seen it already. I saw it in Toronto back in 2016 but am hoping for round two at SXSW since I didn’t get to revisit it at Sundance even though I wanted to. Oh, the film stars Dan Stevens, Anne Hathaway, Jason Sudeikis, and several other notable actors. Colossal plays at SXSW on Friday, March 10th, 2017, at 6:15 pm at the Alamo Lamar D. It also plays on March 14, 2017, at 4:15 pm at the Alamo Ritz 1, March 16, 2017 at 2:15 pm at the Alamo Lamar D, and finally on March 17, 2017, at the Alamo Lamar A at 8:30 pm. 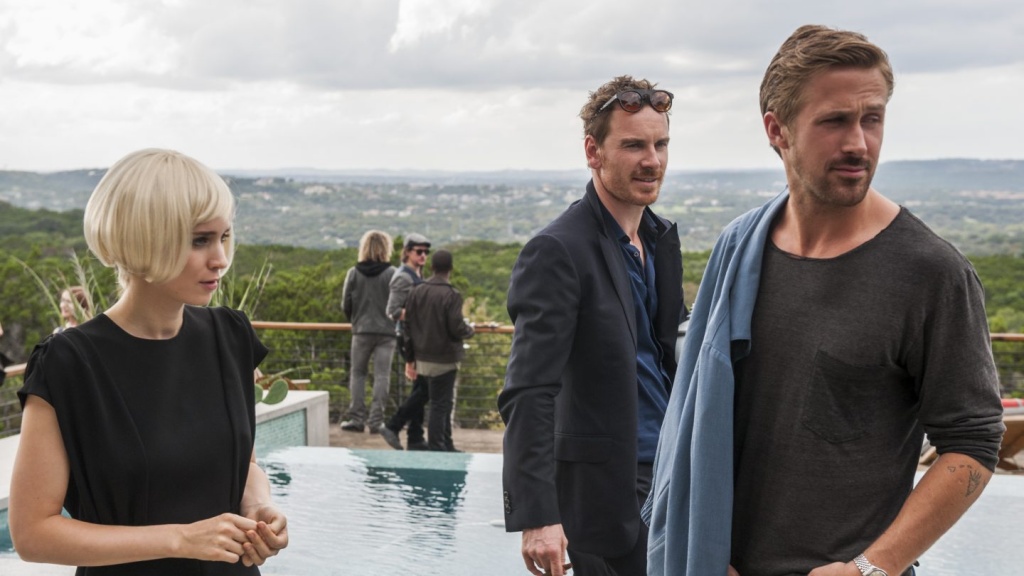 Michael Fassbender and Ryan Gosling sold me on seeing this film before I even saw the trailer. These two actors are some of the best in the business. These two amazing actors acting alongside Rooney Mara and Natalie Portman in the film is the icing on the cake for me. Even though Terrence Malick‘s last few films have been rather hit or miss with audiences, I predict that this will be Malick’s most successful film since The Tree of Life in 2011. It is about love triangles as well as music which is reason enough for the film to premiere at SXSW but the story also takes place in Austin. Song to Song is the Opening Night film of the 2017 SXSW Film Festival. It plays this evening (Friday, March 10, 2017) at 6:30 pm at the Paramount Theater. 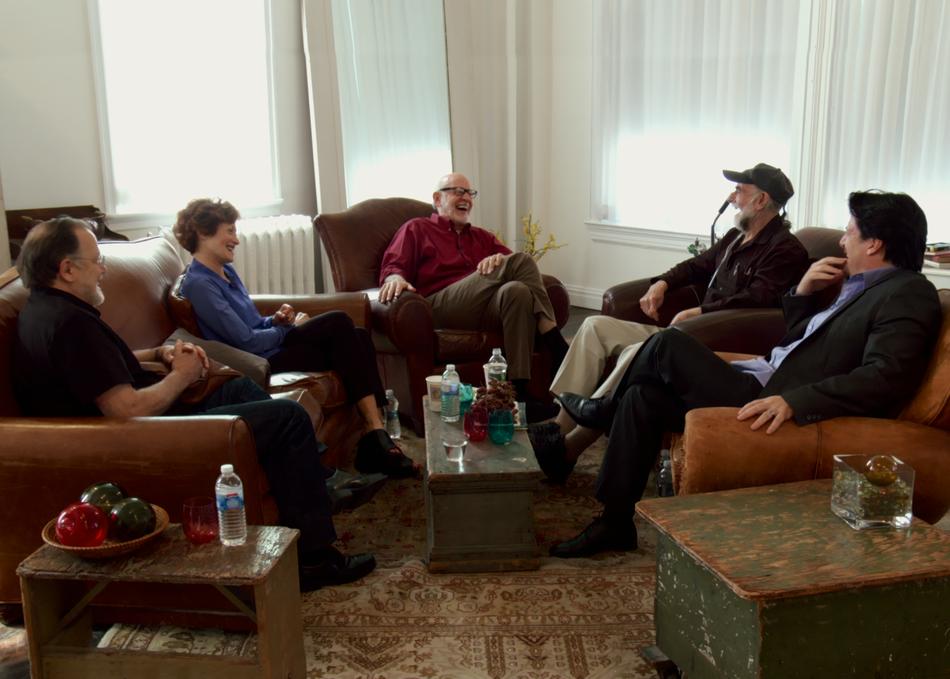 I am still mourning the loss of The Muppets television show after it was pulled from the ABC lineup last spring. The Muppets are characters that I grew up with and feel they have a timeless appeal to them. I loved the last two films and owned all the major films on Blu-Ray. The Muppets represent something that I feel is lost in today’s world. They have a level of innocence to them while also giving me the feeling of nostalgia, no matter how many times I see them. This new documentary should be interesting to see what happens behind the scenes of a Muppet production. I have never quite explored this territory before, so I am curious to learn more about the secrets of some of my most beloved television and film stars of both my childhood and adult life. 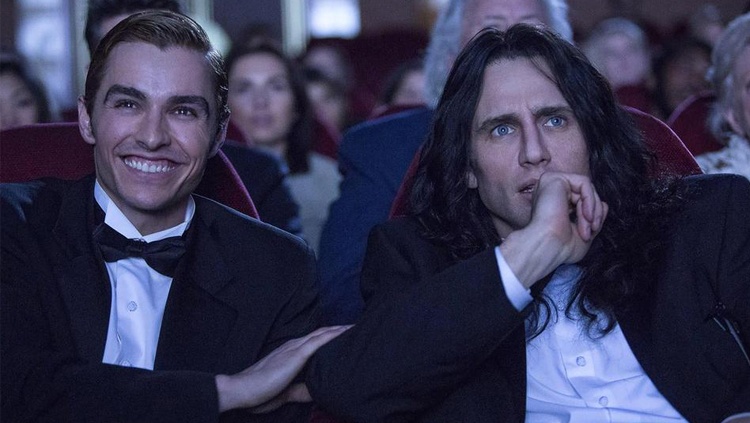 I am so nervous to put a film directed by James Franco on my list. I have seen several films directed by Franco, and none of them left a last impressing. However, considering how fascinating of a story this is, I cannot help but be extremely excited for this film. The Diaster Artist is based on a book and is all about the making of The Room, the infamous film written and directed by Tommy Wiseau. The Room is a cult classic and is considered one of the worst films ever made. Franco has brought together an all-star cast to give the world an exclusive behind the scenes look at what happened during the filming of The Room.The Disaster Artist premieres at SXSW on Sunday, March 12, 2017, at 10 pm at the Paramount Theater in Austin, TX.

It’s no surprise that Edgar Wright‘s latest film is one of the most talked-about films to premiere at SXSW. While I haven’t check my colleagues’ sites, I am pretty sure that many of them have this listed as one of their most anticipated films, not only the festival but of the year. Wright has formed a pretty loyal fan base ever since he created his underrated television series Spaced by in 1999. The man has gone on to write and direct some of the best reviewed comedic tales over the past two decades starting with Shaun of the Dead in 2004. Unlike his previous films, Baby Driver isn’t a comedy but rather a crime thriller. It should be interesting to see what Wright does with this genre and how his talented cast plays off his material. Baby Driver premieres at SXSW on Saturday, March 11, 2017, at 9:15pm at the Paramount Theater in Austin, TX. 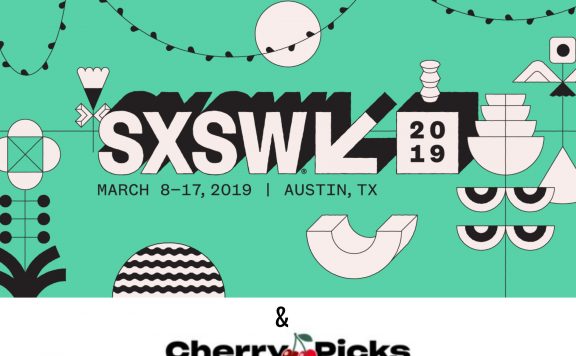 Scott Menzel's Most Anticipated Films of SXSW 2017 As many probably know, SXSW is not just about FILM but rather a huge festival that includes Music, Comedy, Interactive, Television, and a whole lot more. It is easily one of the biggest ...
0
Average User Rating
0 votes
Please sign in to rate.