I have thoughts on the term “elevated horror,” but does Scream fit the bill? Here’s a series that is now four decades old and has always prided itself on being self-aware. Its witty edge set the original apart from other slashers and carried through to the sequels with more and less success in the years to come. At the same time, the Scream films have never been above piling up the bodies, with more elaborate and bloodier deaths each time around. But do the motives of the various killers and stylized dialogue corresponding to varying generational reverence for these sorts of movies elevate the films above schlockier versions? That’s one of the things on the mind of this successful and entertaining fifth entry in the series.

Wisely, 2022’s Scream knows it’s best to focus on a new set of characters before finding ways to bring back some of the series’ original cast members. Opening on a familiar yet chilling note, Tara Carpenter (Jenna Ortega) is attacked by a new Ghostface killer (after being subjected to some wicked phone calls), prompting her sister, Sam (Melissa Barrera), to return home to Woodsboro to be with her.

Tara and Sam’s friends soon find themselves questioning the nature of what is happening and considering the idea that a killer has entered them into the plot of a legacy sequel. Various connections to older characters could prove to be deadly, prompting the return of former cop Dewey Riley (David Arquette), morning news TV host Gale Weathers (Courteney Cox), and the ever-vigilant Sidney Prescott (Neve Campbell). 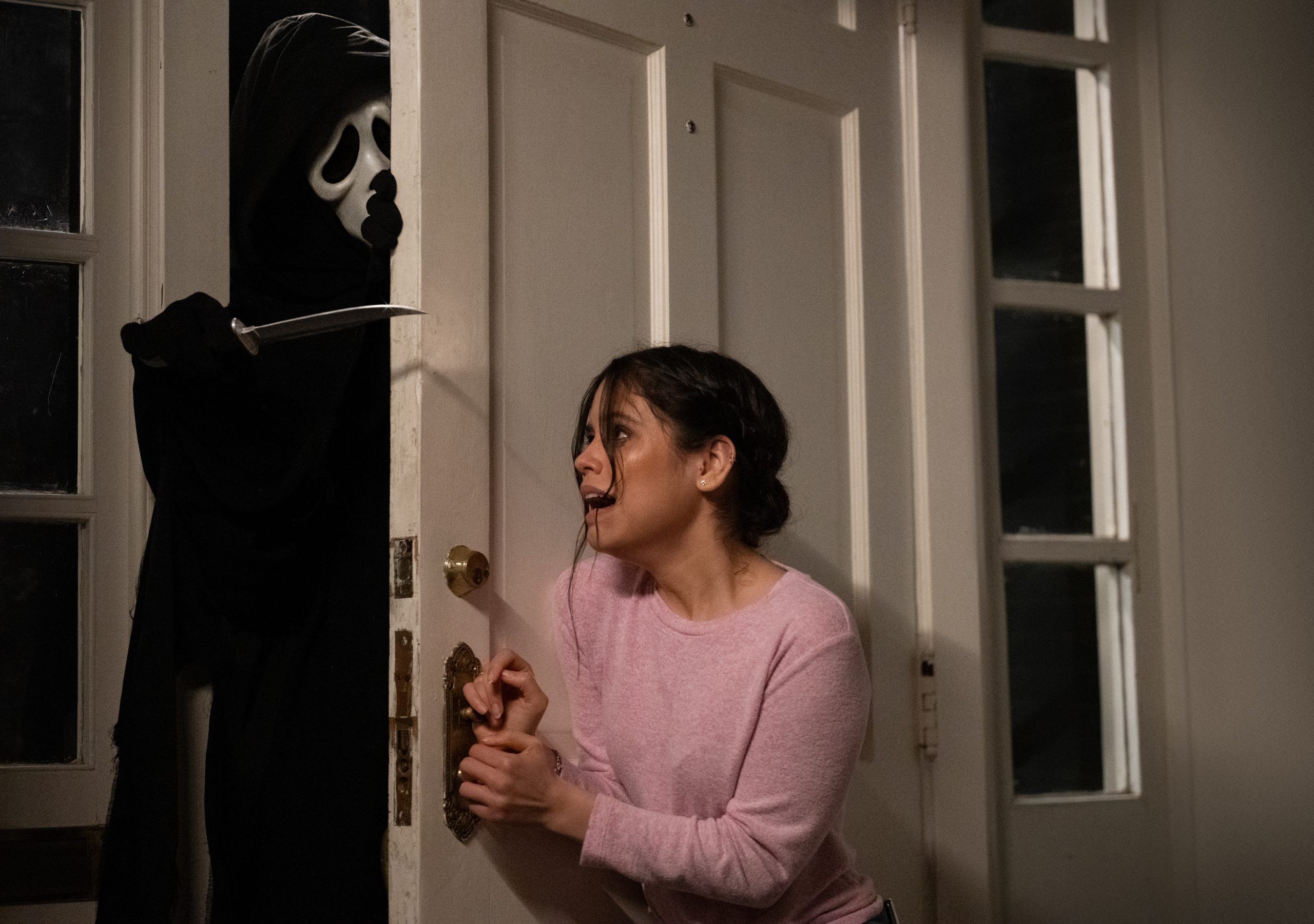 After director Wes Craven passed in 2015, I had little reason to hope for another Scream film, let alone one that could match up to the excellent first two entries in the franchise (I’m more mixed on 3 and 4). The announcement of a new film seemed inevitable, especially after a (decent) MTV Scream TV series, but could a new team find the right rhythm for balancing crafty ideas and scares, or have audiences grown beyond what Scream helped begin?

Up to the challenge were directors Matt Bettinelli-Oplin and Tyler Gillett, known to horror fans as part of the film collective Radio Silence. With a solid script from James Vanderbilt and Guy Busick, it’s clear that these filmmakers revere Scream well enough, but have a strong vision for what could be done to make a new entry in this series resonate for the fanbase as well as those looking for a better-than-average slasher flick.

The Scream series has generally tried to match clever concepts with solid casting and high production value. This film is no different. It’s especially fun to think about how this creative team is coming from the position of growing up with this series and finding a way to bring a new dimension to it after carving out an identity of their own. That identity includes Ready or Not, a dark horror comedy that did seem like the proper evidence needed to convince people another Scream could work in the hands of these filmmakers. 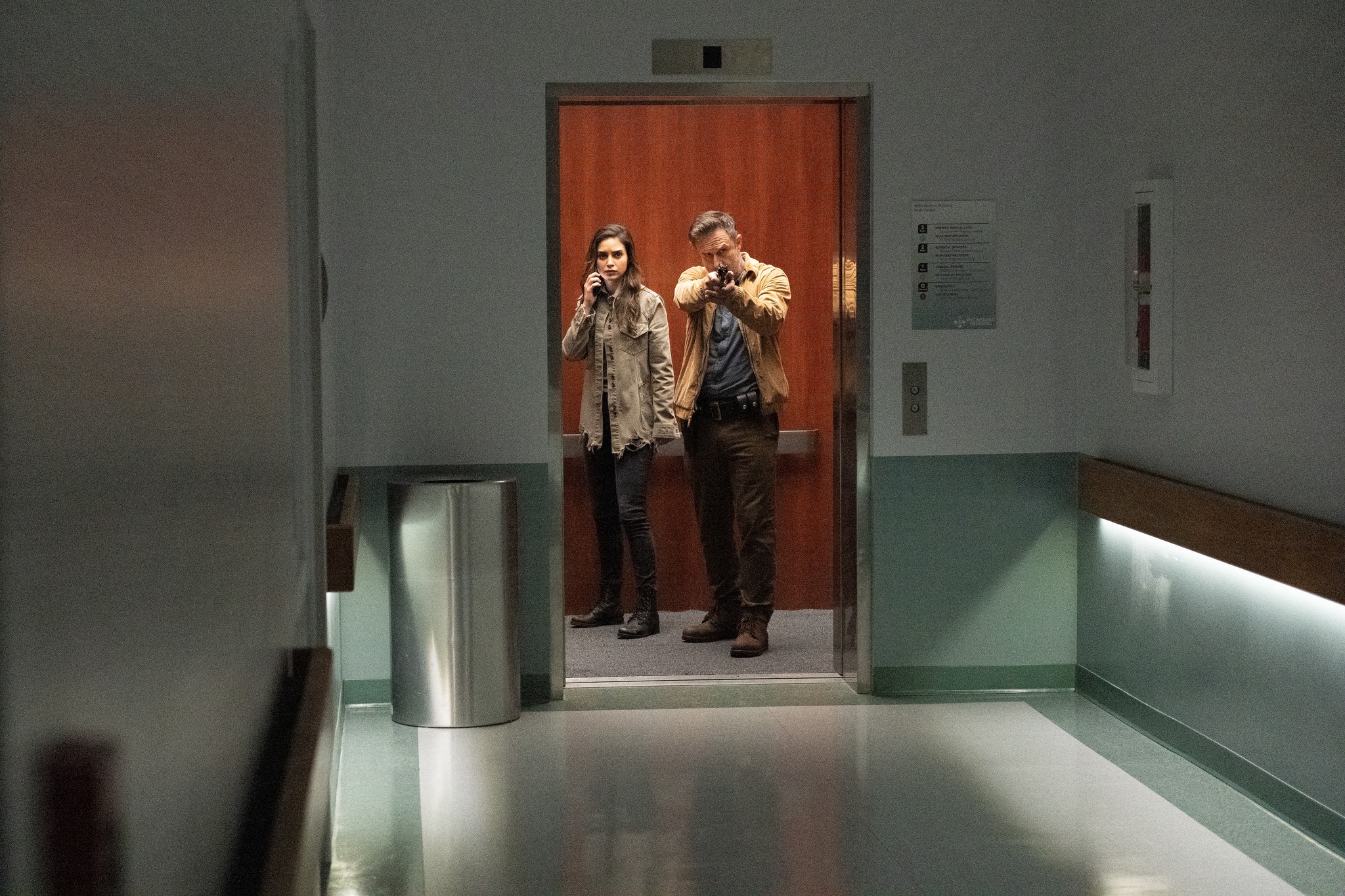 Ultimately, that irreverent attitude allows Scream to remain entertaining throughout its 114- minute runtime. As usual, the whodunnit element is designed to keep audiences guessing. Namechecking recent horror films and what horror fans are into today is knowing enough to be fun. The actual Ghostface murder scenes are as tense as needed. And the variety of locations and creative deaths helps, along with the always sinister yet captivating phone calls featuring Roger L. Jackson’s menacing tones on the other end of the line.

Still, the effort to find places for humor yet still take the drama seriously allows this movie to feel authentic. That’s especially important when considering it’s also the fifth time Sidney, Gale, and Dewey have to deal with some maniac that’s dressing up and killing people.

As far as who that maniac is, well, the list of suspects proves to be a decent set of performers. Ostensibly taking on the lead role, Barrera works well as Sam, thanks to a choice to clue us in on some context early on, allowing for a more layered persona. Thanks to this, her relationship with Ortega’s Tara feels appropriately weighty. Jack Quaid also stars as Richie, Sam’s boyfriend, who highlights how these are intelligent people drawn into an impossible situation. 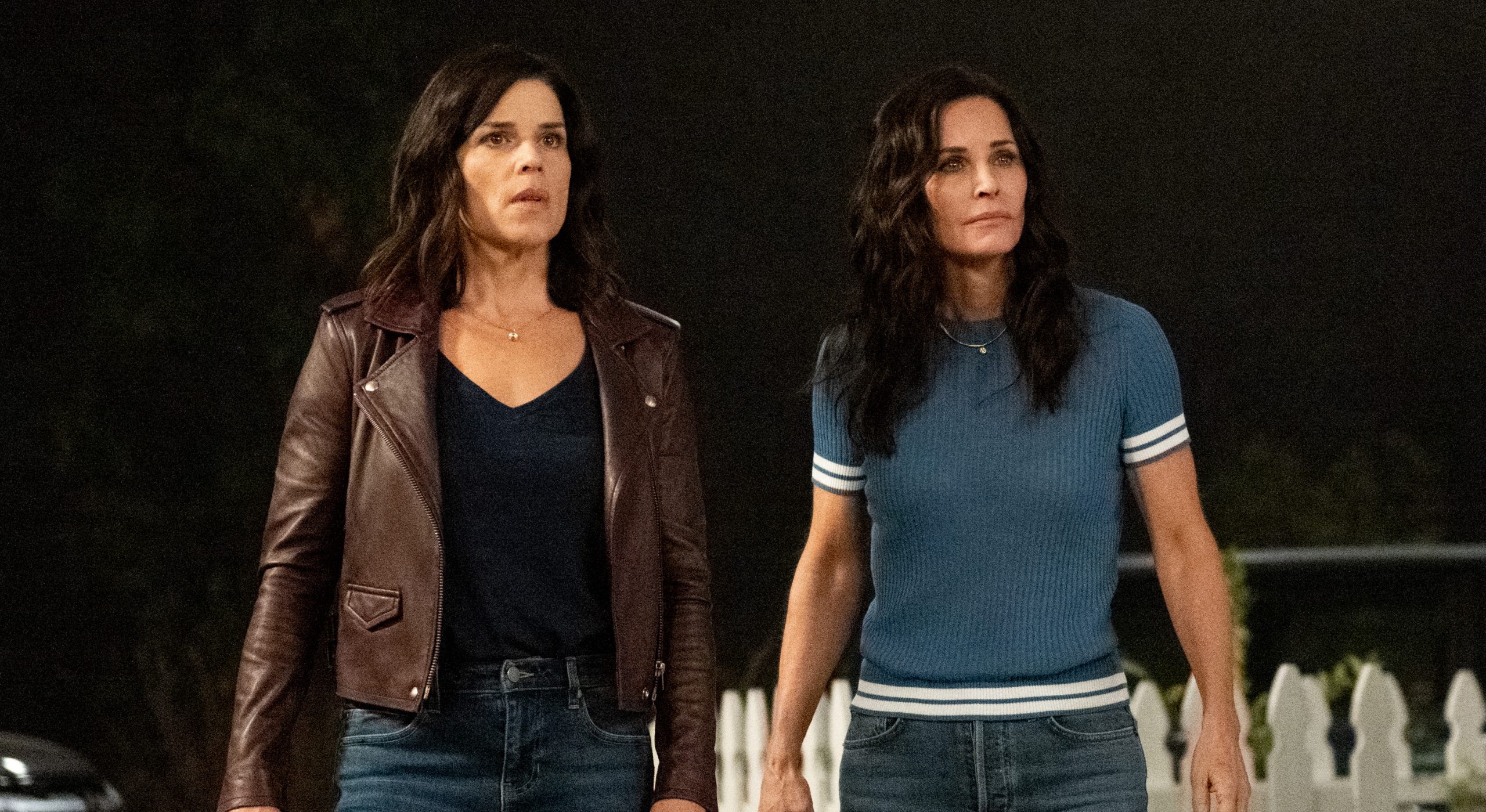 Rounding out the friend group, Jasmin Savoy Brown and Mason Gooding play twins Mindy and Chad. Gooding’s Chad does enough to subvert the jock tropes, while Brown’s Mindy has a winning take on the know-it-all horror geek. Dylan Minnette, Sonia Ben Ammar, and Mikey Madison fit in as various versions of the types of friends these groups always have as well. Even if some aren’t the deepest of characters, Scream, fortunately, gets by on chemistry and assigning enough personality for their appearances to be memorable enough when considering who may be a killer or a red herring.

Looking at the legacy characters, the correct choice was made to not overwhelm the film with their appearances. While it’s fun to have them back (particularly Dewey), the film largely lets them stay out of the way, so the newer characters can shine. With that being said, Campbell has always had a good read on how to play Sidney’s steadfastness, allowing these films to be believable enough in how they continue involving her. Cox only has so many shades to play as the determined and now slightly less mean Gale, but she’s fine. Arquette may shine the most, as he’s now a grizzled version of his old character who was never quite the sharpest knife in the drawer, and the film and the actor know just how to play this.

There was an effort taken to highlight the scariness of this latest entry, as far as the marketing was concerned, and I will say it’s appropriate. There’s still nothing more thrilling than the opening of the original Scream or the whole sequence in Scream 2, where Sidney and her roommate have to climb over the unconscious killer. However, this new entry does find plenty of ways to build suspense. Using seemingly safe locations like a hospital or even the time of day as the time and place to strike keeps the audience from ever feeling too comfortable. Add to that a level of brutality that felt missing from the last couple of films, and here’s a sequel that came to play.

It’s not always a top-tier stab-a-thon. As well shot and paced as the movie is, sometimes the script feels a bit too cute for its own good. While some spot-on choices revel in how they are commenting on current aspects of film culture and fandom, Scream verges on tripping over itself in spots by going a few lines too far to nail a jokey beat. Even the scares come close to feeling overly predictable to the point of parody, making me wonder how far the intent is really going to evoke past horror films, combined with audience expectations. I would also say some reveals end up feeling less interesting than what had come before. Nevertheless, I can’t deny specific imagery that speaks to what the film was ultimately going for and coming out on top because of it.

I’m more than happy to be relieved Scream has found its way into good hands. Minor misgivings aside, the film has found its way back to delivering on the adjectives that used to adorn old Dimension horror movie posters. This film is hip, scary, and clever. That’s no small feat in an age such as this, where expectations are high (and some eyes tend to roll) for return trips to familiar territory. Whatever Radio Silence has planned next, they at least have the satisfaction of knowing they did Craven and writer Kevin Williamson proud in carrying on this series’ legacy just by taking their own stab at it. 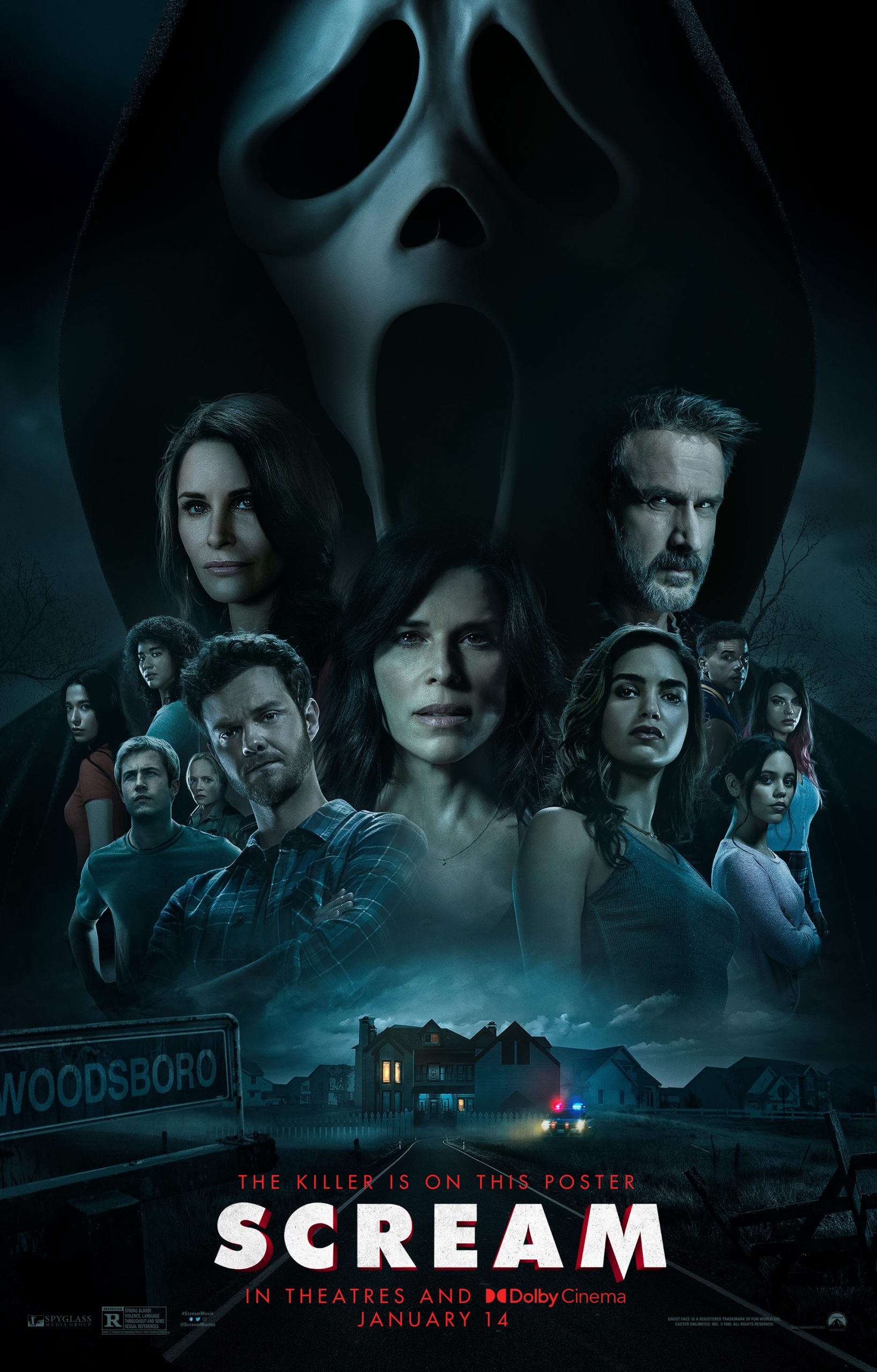 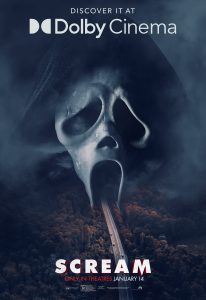 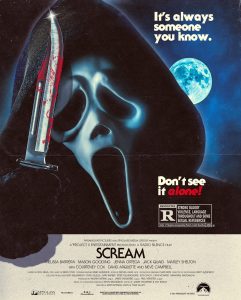 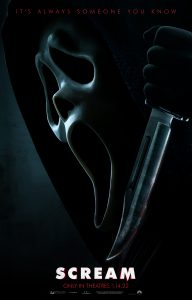 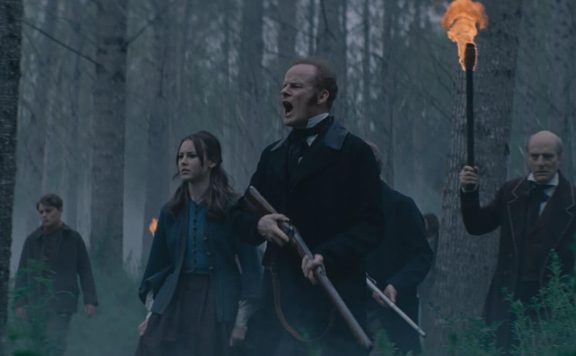 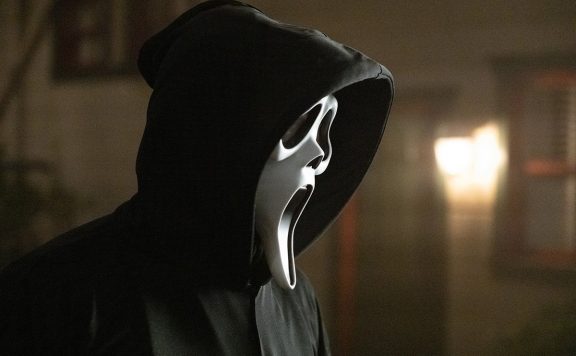 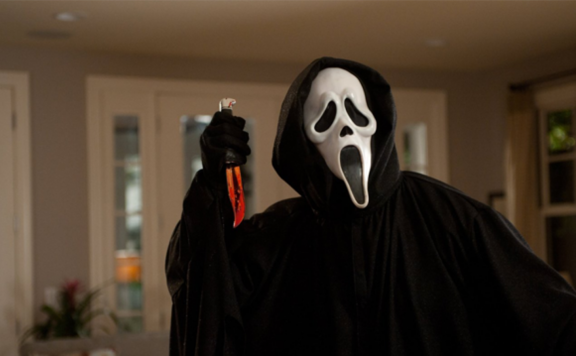 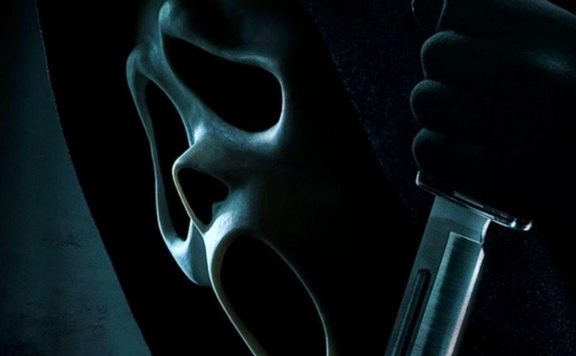 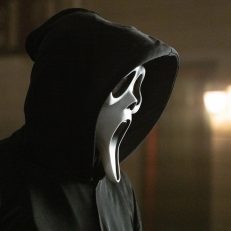 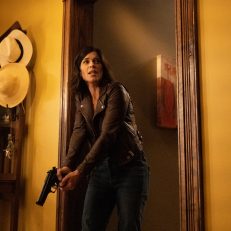 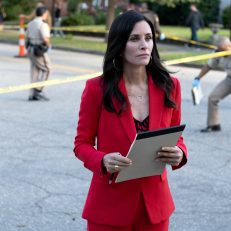 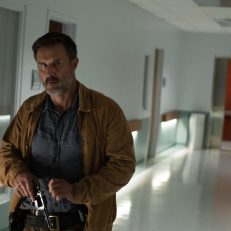 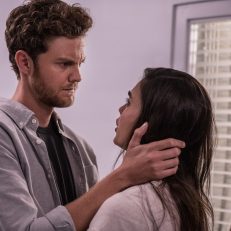 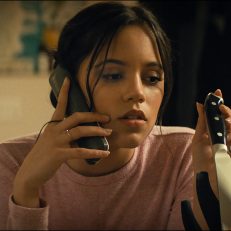 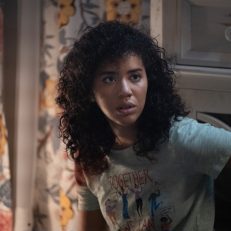 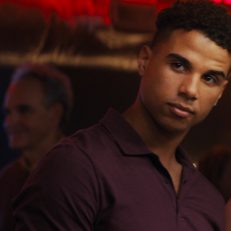