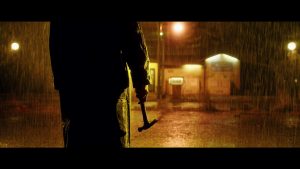 Horror movies confined to a single location are a staple. It always works because the location becomes simultaneously your prison, your safe haven and your arsenal of tools for survival. Open 24 Hours adds even more layers to the single location horror movie and it’s awesome. 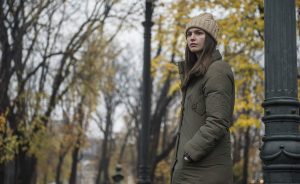 Mary (Vanessa Grasse) is on parole for attempted murder. Her boyfriend James Lincoln Fields (Cole Vigue) was a serial killer, but you know, you’re still not allowed to kill them back. Mary gets a job at an all night gas station, still plagued by visions of her ex and other ghastly sights due to PTSD. But, you know, this is a horror movie. It’s not all in her head.

Writer/director Padraig Reynolds and cinematographer David Matthews really shoot the gas station. With a widescreen frame, they shoot between aisles and give the killer plenty of hiding places, if he’s even really there at all. 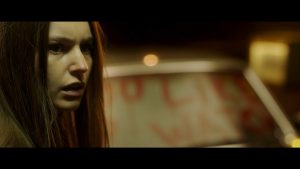 Even if you know something has to be a vision it can still surprise you. Like the hand coming out of the grave in Carrie, you know it can’t be real but you still didn’t expect it. And while you can figure that the killer walking through the rain on fire probably isn’t real (why would he set himself on fire just to freak her out?), it was definitely real when he bashed in a woman’s cheek with the back of a hammer. Not her head, not her eye, the cheek just so it could be graphic and painful but not totally fatal. 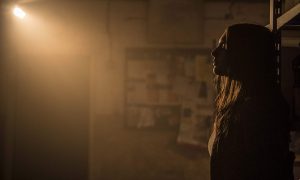 Meanwhile, Mary receives manipulative and threatening phone calls. Given her history with the killer, it really plays on her culpability as an accessory, willing or not. Mary’s scenario is actually very relevant to now. She was involved in an unforgivable crime. Even if she couldn’t stop it, and even if her most drastic attempt to stop him didn’t work, how do you reconcile with the fact that she was there when he was killing people?

She’s putting her life back together, but anyone who knows her story can’t really just move on. And right now, all these men who we know have raped and assaulted and harassed people want redemption, maybe a few of them are sincere and doing the work, but I can’t really forget what they did and I don’t think I should.

Also, men like Louis C.K. and Chris Hardwick should rebuild their lives by working in a gas station like Mary, not getting back on stage or on TV. Mary is actually doing the work of taking a tough job just to start slow. Also, Mary is yet another woman bearing the responsibility of a man’s misdeeds. Maybe she should get the benefit of the doubt and her ex held accountable for involving her in his killings. 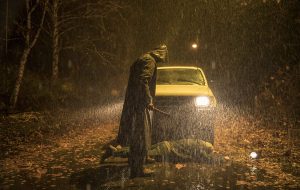 Anyway, that’s the subtexual layer and that’s what I got out of it, but Open 24 Hours is also bloody AF with an incredibly satisfying climax. Again, hammer in the cheek. Not the head or eye. Although the grossest thing in the whole movie is Mary’s manage Bobby (Brendan Fletcher) eating a pickled pig’s tongue. 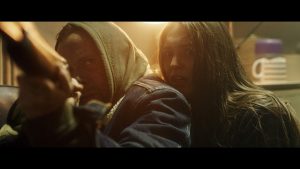 Mary is a survivor for the cinematic ages and Grasse captures all her complexity. The gas station is visited by memorable characters played by Selina Giles and Tomi May. Then there’s Mary’s friends Dabbie (Emily Tennant), Bobby and her parole officer (Daniel O’Meara). Vigue gives Fields that abusive boyfriend layer that’s as emotionally deadly as he is physically.

The best thing I can say about a festival movie is that it made me want to go back and watch the filmmaker’s previous films. So Padraig Reynolds, Rites of Spring and The Devil’s Dolls are now in my queue. Screamfest continues through Thursday, October 18.