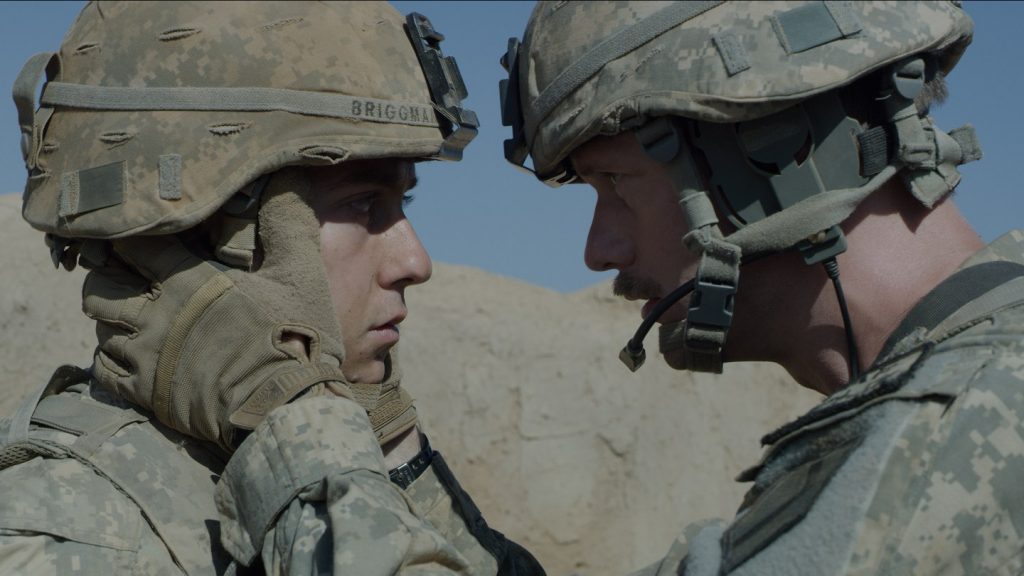 How does one do good in a system set up to reward evil? That question applies in more ways than one these days (and all days, based on history), but Dan Krauss’ The Kill Team takes a startling look in one specific direction. Adapted from his 2013 documentary of the same name, which told the story of Private Adam Winfield’s involvement in war crimes in Afghanistan, this film essentially serves as a dramatized prequel to those real-life accounts.

Set in 2009 Afghanistan, we are introduced to Andrew Briggman (Nat Wolff), a young man ready to go into the army. Following some opening shots of Briggman moving around playing soldier in his home, seeing him actually in the field, with a real rifle, shows us the kind of person he is. Briggman is smart, dutiful, and an outsider, at least compared to the rest of his unit.

We see Briggman casually reading about the Civil War, while the others joke around with each other, smoking hash in their downtime. This is initially challenged by Sergeant Deeks (Alexander Skarsgård), the new platoon leader who first appears as one not to mess with, arriving just after the surprise death of the troops’ previous Seargeant. Deeks’ no-nonsense attitude has Briggman aspiring to get in Deeks’ good graces. 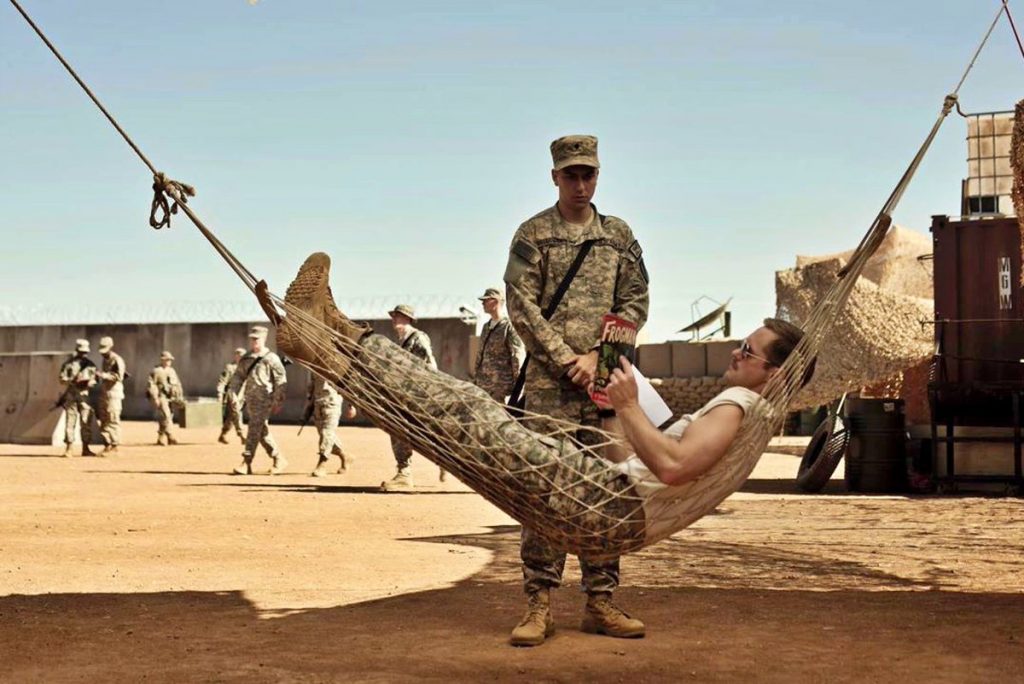 Early on, The Kill Team contains shades of Whiplash. The drive to be the best matched by a mentor figure pushing things to the extreme. However, the separation comes in what these teachers are after. Both Deeks’ and J.K. Simmons’ Fletcher certainly want to see the best come out of those underneath them. However, there’s a difference between the desire to see one reaching their full potential and the push to have young soldiers throw away their morals to participate in murder.

While presented as a by-the-book boss, we learn Deeks’ has more nefarious and crafty ideas in mind for his missions, which involves killing locals and planting fake evidence. The tension Krauss creates with this film is palpable, and from what I’ve read, toned down from some of the more heinous actions that actually took place. A driving force in this is Skarsgård, who is all the more menacing in how he holds back.

With a friendly enough face and a near-whisper volume level when speaking, Skarsgård relies on inscrutable looks, calculation, and misdirection to bring dimension to his character. It serves well for scenes both out in the wild and back on base. You don’t want to challenge this man, but having him always seem a couple of steps ahead makes him a formidable force to somehow choose to defy. 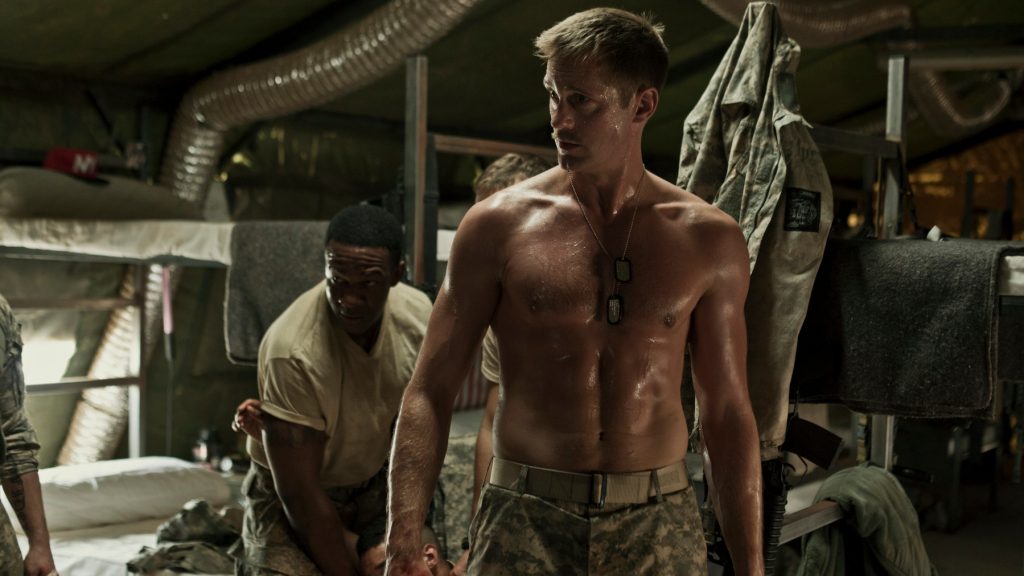 I wish Wolff were more up to the task of matching this intensity. His bookish qualities make him an ideal counter to Deeks and the other soldiers. We see him step over the line, knowing it comes from pressure and at a cost. It registers most easily through the strained phone calls between Briggman and his father, played by Rob Morrow. However, for a fairly short feature, Wolff is only able to convey so much in this psychological battle.

Other elements add and distract from the feature. The dusty cinematography by Stephane Fontaine reflects an appropriate atmosphere needed. Other supporting performances from Adam Long and Jonathan Whitesell do the right amount of shifting between jokesters and pseudo machismo.

The overbearing score hurts the impact some scenes could have by overdoing the level of authenticity that could have felt clearer. Fictionalized as this portrayal of actual events may be, it can be an understandably tricky balance in the search to bring out genuine emotion.

Fortunately, the film doesn’t wrap things up easily. The mistakes and wrongs that occur are treated with the severity that is earned. The crimes always feel uncomfortable. Krauss does what’s needed to bring weight to what sort of outlying atrocities has come from the War in Afghanistan, with the sad undercurrent of knowing this is merely the story of those who were caught. Perhaps a bit too straightforward of a film, but Skarsgård and the parts that really work to keep it affecting. 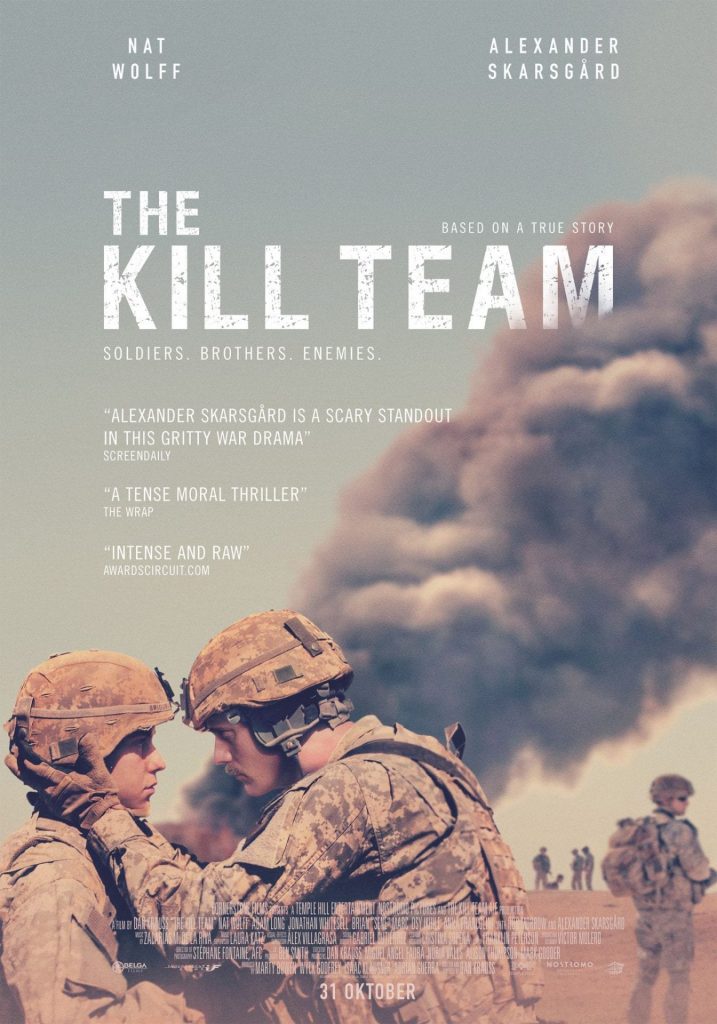