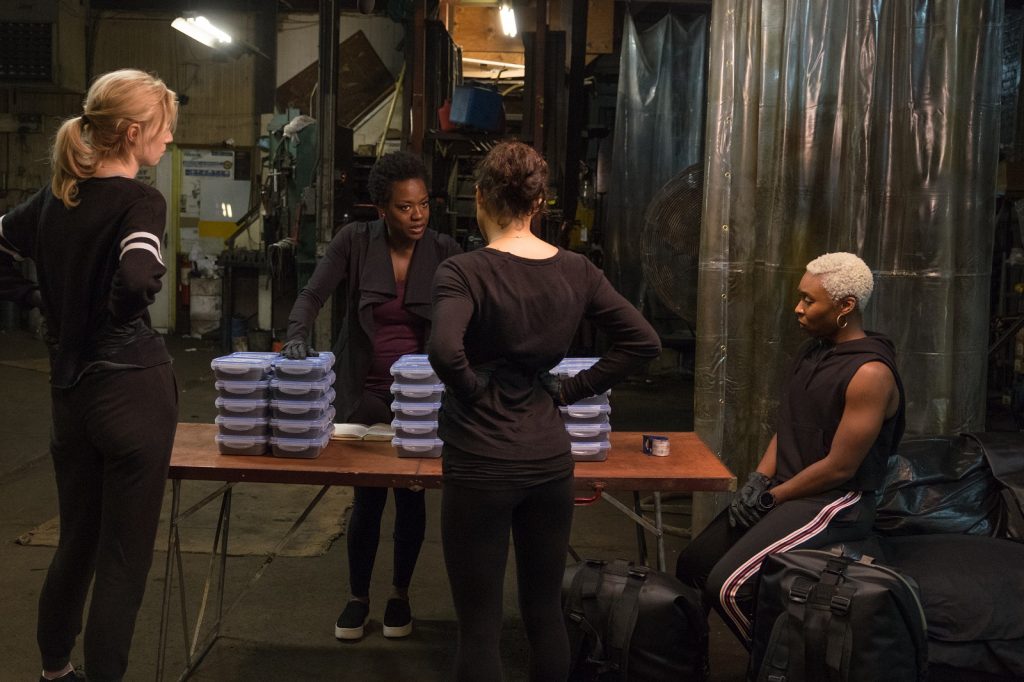 You want them to get away with it. That’s the same thought that always comes to mind when watching a heist thriller. The obstacles getting in the way raise the level of tension, something lacking in Ocean’s 8, the previous heist flick from this year that happens to center on female characters. Widows, on the other hand, stacks so much against the central characters that all you can do is hope they make it. This is the sort of tricky area that director Steve McQueen (12 Years A Slave) is in, as Widows finds a need to balance the rhythms of a typical genre film with the serious-mindedness of his filmmaking style.

The setup is based around an ill-fated prologue. Four armed robbers, led by Liam Neeson’s Harry Rawlins, are killed in a failed heist attempt. These men attempted to steal from Jamal Manning (Brian Tyree Henry), a crime boss with political aspirations. Harry’s widowed wife Veronica, Viola Davis, is threatened to come up with the money now owed to Jamal. Having been left the plans for another heist by her husband, Veronica decides to bring together the other widowed wives from Harry’s crew (Michelle Rodriguez and Elizabeth Debicki) and pull off the job.

How do you shake up the constructs of a heist film? Well, you don’t really, but co-writers McQueen and Gillian Flynn have a hand at crafting a unique take based on the 80s British series by Lynda La Plante. Essentially, this film presents the idea of stating that everyone around you is corrupt, and with no options left, taking matters into your own hands is the best option. With a mid-2008 Chicago setting in mind, Widows also finds a way to explore the genre through substantial themes as well, such as financial crisis, police brutality, and sexism. However, it’s difficult to see if merely bringing up some of those ideas adds to the film, beyond making some character actions even more clear-cut. 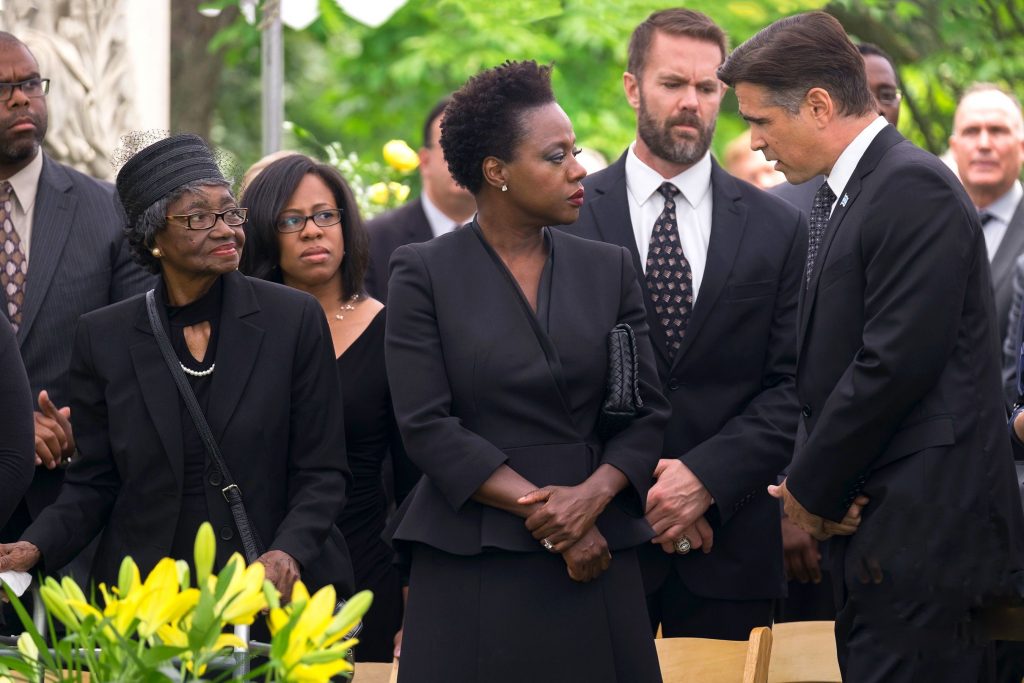 There was plenty to wonder as far as seeing what McQueen would do in this realm. Having put a focus on quieter dramas and an intense historical tale, would Widows be able to deliver the sort of visceral thrills (and entertainment value) that comes with the territory? It’s no real surprise that it does, but I wanted to see what that would look like. True to form, McQueen still finds ways to throw in very realistic violence, brutal efficiency, and long takes. One can expect shootouts and a car chase or two. Thanks to McQueen’s frequent collaborators, cinematographer Sean Bobbitt and editor Joe Walker, Widows doesn’t feel all that out of step with the director’s past work.

Action and tension can go hand in hand, and Widows is the kind of film where using the depiction of process can best serve the characters and how we see who they are. Less effective is the hard-boiled dialogue. There’s a punchiness that heightens the scenario, which is mostly absent here. Not that Widows would benefit from feeling less grounded, but Davis tough-talking her way through others, particularly the other widows, only goes so far when there’s a lack of verbal sparring that follows.

Perhaps there’s a purposefulness to all of this. Being titled Widows, the women involved only have a short amount of time to pull this job off, but they are also still stuck in the grief period. Davis’ role in all of this isn’t to make new friends, but make a play that can best solve their problems. That said, the sprawling ensemble cast isn’t always making up for it either. 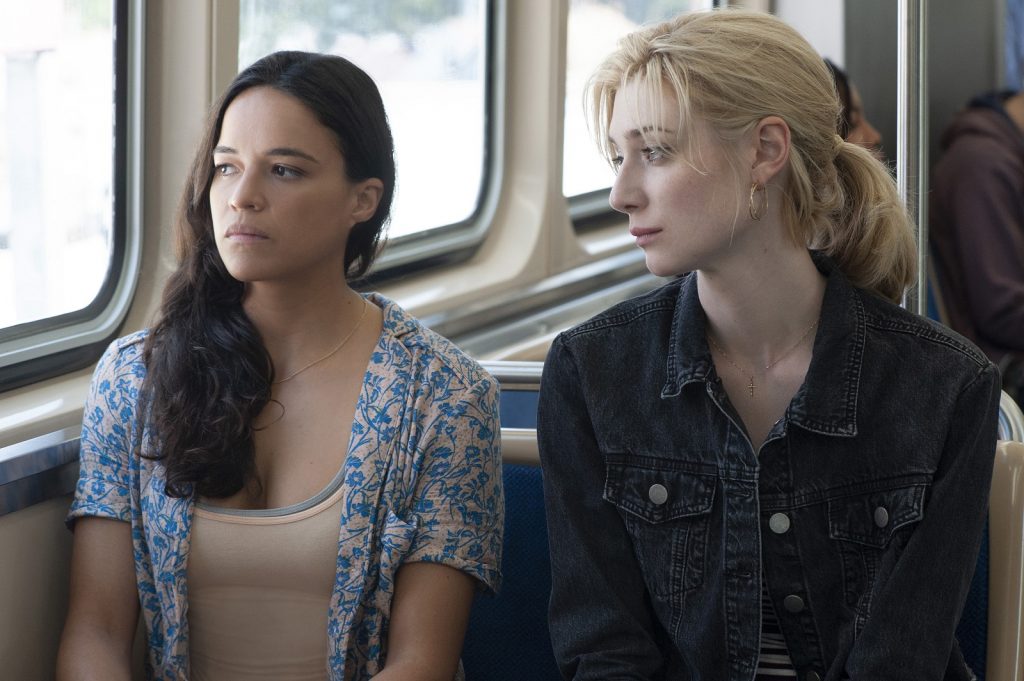 While the scenes shared between all of these people aren’t exactly rife with constant one-liners (Colin Farrell’s Jack Mulligan is running for alderman, and those conversations give him little to have fun with), I did admire the weaving together of various storylines. The deeper we delve into this world, the more we see how things will eventually line up. It may mean some performers like Jacki Weaver as Debicki’s mother have little to offer, but there’s a certain satisfaction to seeing previously unrelated characters having a distinct aspect to connect everything further.

There’s also the idea of seeing lots of great actors delve into the seedy world presented in this film. Daniel Kaluuya, for example, brings twisted menace as Jatemme, Jamal’s brother and enforcer. Broadway star Cynthia Erivo, who previously found herself in thriller territory at the ‘El Royale,’ eventually joins the gang of widows, with little patience for Veronica’s attitude. And Robert Duvall manages to put his gravitas in as Farrell’s powerful father, with his own sense of honor, even if he also swims with the sharks.

As previously stated, the world of Widows is one of corruption. McQueen isn’t the kind of director to make evil characters enjoyable to follow along with. We watch a terrific cast navigate this story while feeling at odds with many of them. The only thing helping to guide us is the wiles of Davis and her crew. They may be in over their heads, but the film does its best to traffic in familiar heist thriller territory. Watching the eventual plan go down is exciting, but not without incident or satisfying callbacks to what’s already been set up. 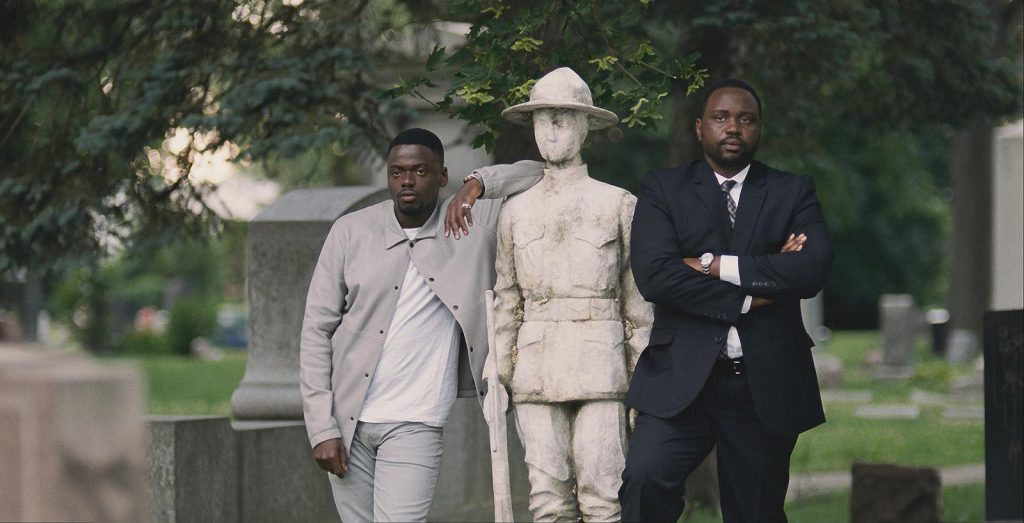 With a little over two hours of story to tell, I still wish there was a bit more depth. Certain ideas are addressed, but we mostly see the plotting come together. The characters are not thin, but when the attempt is made to push through some interesting themes, it would be nice to see a bit more payoff in some of those areas. At the same time, there’s a bit of an expectation of how one can fill in individual bits of information, particularly towards the end. While I didn’t need a handout, there’s an open-endedness to some aspects that kept Widows out of the same league as brilliant takes on the genre such as Heat, which this film shares plenty of qualities with, among other memorable classics.

There’s plenty in Widows to satisfy an adult audience looking forward to a new heist movie. Led by Davis, the cast is committed to realizing McQueen’s vision for this film. While there’s a heavy hand going to many ideas, in the midst of a movie about a familiar type of caper, the very deliberate style helps keep the film tense and visually rich. That’s enough to satisfy and even entertain. Widows may not have all the razzle-dazzle of other lighthearted heist flicks, but things come together well enough for a good score. 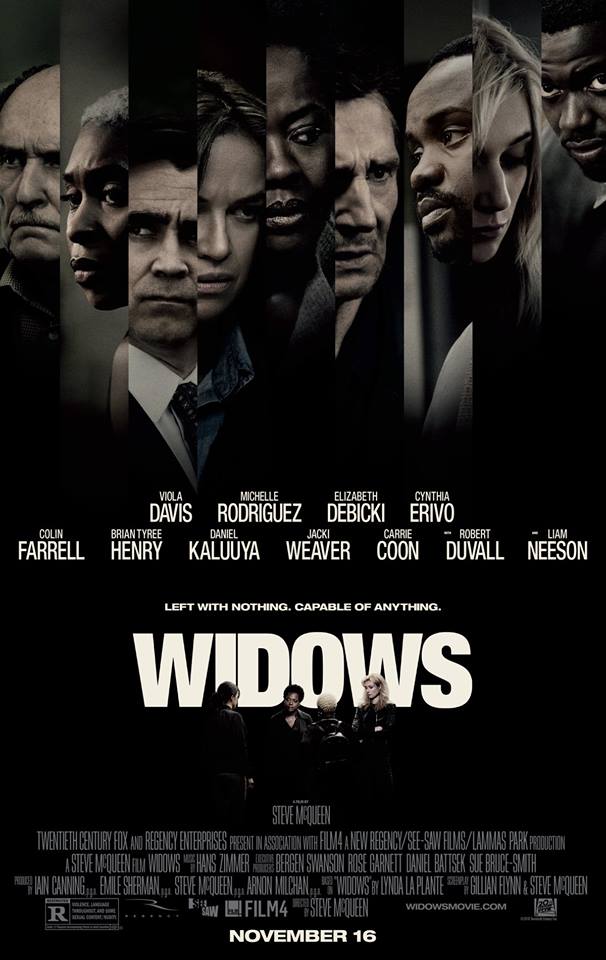 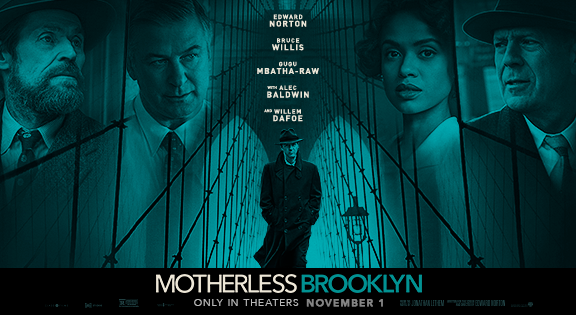 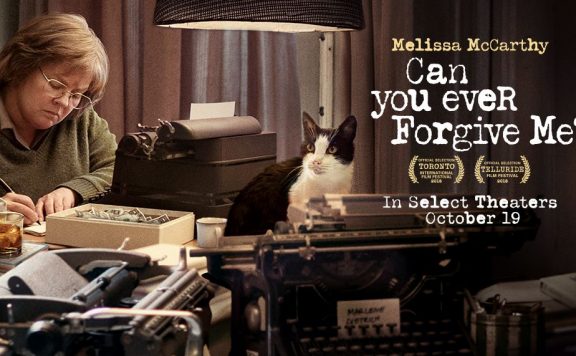 SDFF Review: McCarthy Steals The Show In ‘Can You Ever Forgive Me?’
October 11, 2018