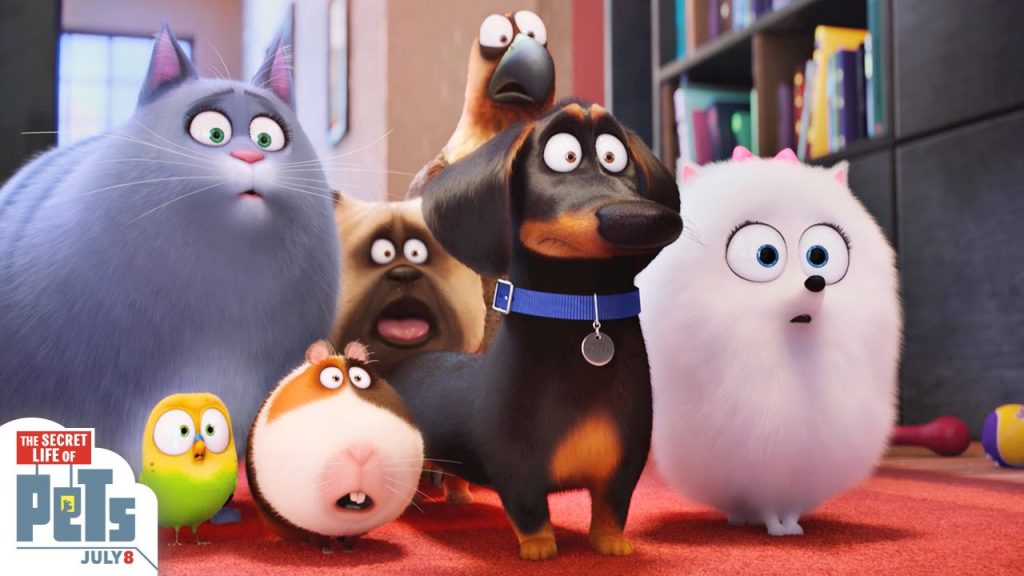 Review: The Secret Life of Pets is the animated pick of the litter this summer.

Illumination Entertainment has only been around for 6 years but with their creation of the Minions, they have quickly become a animation studio to keep an eye on. Luckily, Illumination isn’t only about making Minion themed films but instead have embraced other animated projects. The Secret Life of Pets is their latest film and one that millions of people have been excited to see since their brilliant marketing campaign started back in June of 2015.

The Secret Life of Pets is the story of dogs, cats, birds and almost any other kind animal you can imagine living in New York City. The story focuses on a cute little dog named Max (Louis C.K.), who like most pets just wants to spend time with his owner Katie (Ellie Kemper). Max’s life is perfect until one day when Katie brings home Duke (Eric Stonestreet), a large brown dog from the animal shelter. Max and Duke fight, quickly become territorial which causes the duo to get separated and lost in the middle of New York City. Forced to work together to find their way home, Max and Duke meet an underground gang of stray animals lead by a rabbit named Snowball (Kevin Hart). While Snowball is traumatized by his life as a pet, Max and Duke will stop at nothing to return to their peaceful pet lifestyle. 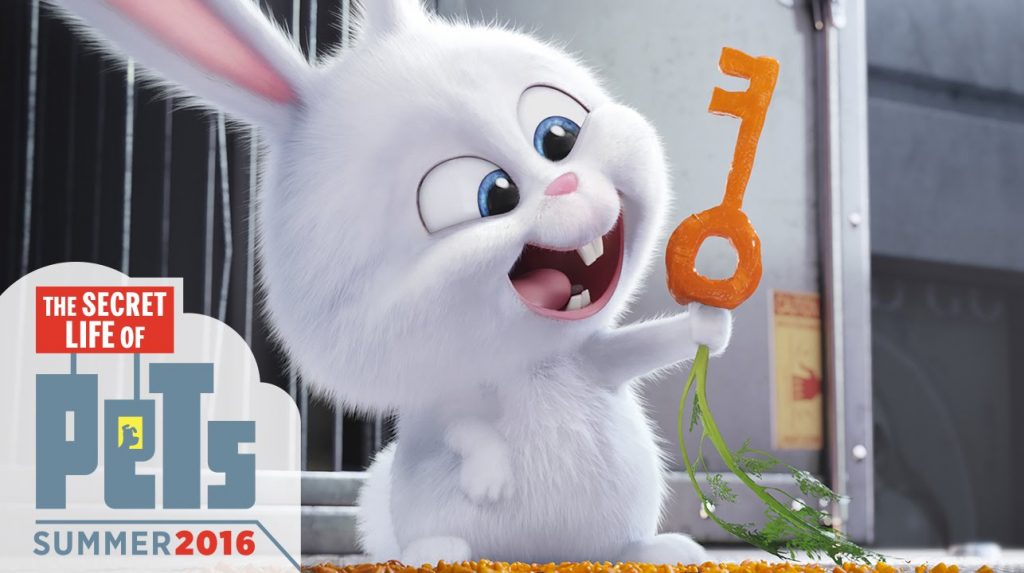 The Secret Life of Pets will definitely work best for those who love and adore animals. There is a level of authenticity to what it is like owning a pet and is showcased with such ease early on in the film. There are several moments throughout where I found myself on the edge of tears simply because the story touched upon something that made me think about how much joy my dog Tarzan has brought into my life. Films about animals aren’t a new thing so its really easy to write them off. The Secret Life of Pets is unique because it not only captures that important relationship between a owner and their pet but also manages to become a hilarious action comedy caper.

The comedy works so well because writers Ken Daurio, Brian Lynch, and Cinco Paul know their target audience while also knowing how to appeal to the masses. While the film doesn’t have nearly as many underlying themes as Zootopia from earlier this year, there is enough substance provided with the multitude of characters that the film will connect with people of all ages. The wide mix of characters only adds to the fun and the script makes sure that each character has their own unique personality and moment to shine. While the main story is centered around Max and Duke, the secondary characters are the ones that provide a lot of laughs.

I remember the days when animated films were voiced solely by actors and actresses that specialized in voice work. Nowadays, its all about what big name actor can we get to be a voice in our animated feature. With that being said, I am happy that Secret Life of Pets utilizes the voice talents of several great actors and actresses that aren’t huge celebrities with the exception of Kevin Hart and Albert Brooks. Every actor picked to voice their animal counterpart was a perfect choice. I loved Louis C.K. as Max, Jenny Slate as Gidget, and Lake Bell as Chloe. The scene stealers, however, were Dana Carvey as an old wheelchair bound beagle named Pops and Kevin Hart’s Snowball. They had some of the funniest moments in the film and I loved the dialogue they were given. I can’t help but wonder if any of the material was improvised given the comedic talent involved in the film. 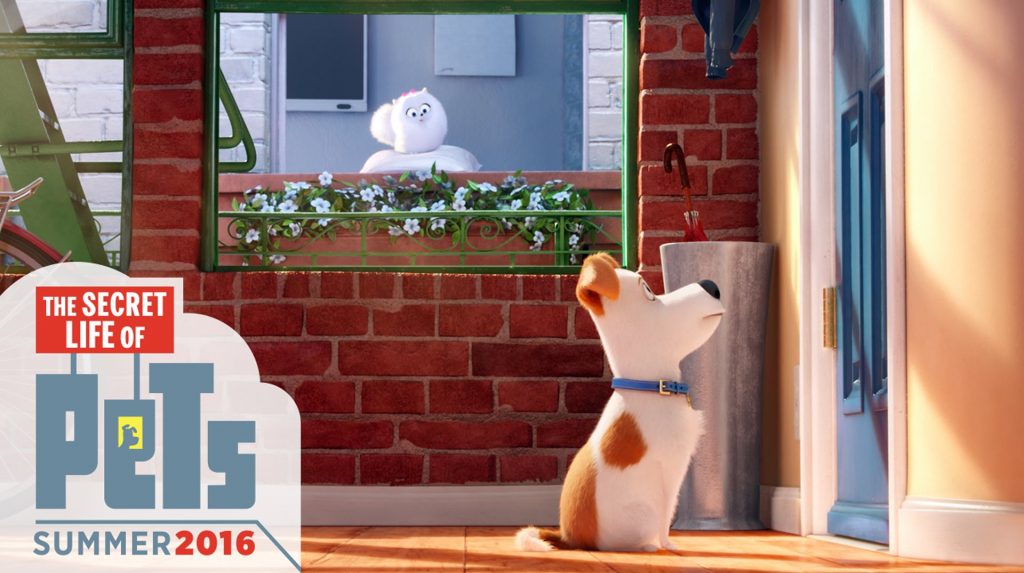 I can see many critics comparing the plot of The Secret Life of Pets to Toy Story. While there are similarities, I will say that this film is about animals. Children and adults connect much differently with animals and therefore the story isn’t as deep or detailed like Toy Story was. The writers understand the concept that pets are part of our family and convey their message without shoving that concept down our throats. It is also strange that there is a scene involving Max and Duke going into a sausage factory which reminded me of Sausage Party. I think its humorous that Secret Life of Pets has one scene featuring sausages singing and dancing while being eaten alive by dogs. This one scene is so much funnier than anything found in a 90 minute film about sausages learning that they are about to be consumed by humans.

All in all, The Secret Life of Pets may not be the next game changer in animation but it is the perfect blend of heart, comedy, and entertainment. The story features a great mixture of multiple genres while the animation captures the heart of Pixar and the fun of many beloved Saturday morning cartoons from the 90s. The Secret Life of Pets will be hard to top as the second best animated film of the year currently right behind Disney’s Zootopia on my list. Illumination Entertainment is slowly beginning to overpowering Dreamworks, Blue Sky, Warner Brothers, and various other animation studios as the next big thing. I’m so interested to see what their next film Sing has to offer when it opens this December.

Scott “Movie Man” Menzel’s final rating for The Secret Life of Pets is a 9 out of 10.

Review: The Secret Life of Pets is the animated pick of the litter this summer.

Review: The Secret Life of Pets is the animated pick of the litter this summer. Illumination Entertainment has only been around for 6 years but with their creation of the Minions, they have quickly become a animation studio to keep an ey...
0
Average User Rating
0 votes
Please sign in to rate.