Well, here it is folks… the typical crude summer comedy from Sony… Sex Tape. I did not go into this movie expecting much, but I did expect a lot more than what I got. Jason Segel, in my opinion, is one of the funniest people in Hollywood today, if he would only stick to comedy that doesn’t just go for the easy sex, fart or poop joke. It is generally the same complaint I have with Seth McFarland. They are both intelligent and funny men but they conform and dumb down their humor to meet a lower level intelligence.

Sex Tape stars Jason Segel as Jay, Cameron Diaz as Annie, Rob Lowe as Hank, Rob Corddry as Robby and Ellie Kemper as Tess. It is the story of a couple living in suburbia that tries to regain their sexual chemistry by getting drunk one night and making a sex tape. Jay is supposed to delete the sex tape but instead it gets synced to all the iPads that he has given out to his friends and family. Frantically, they try to get all them back to delete the video and that is where the story begins. I will not go into a full run down summary of the movie because it’s pretty predictable. 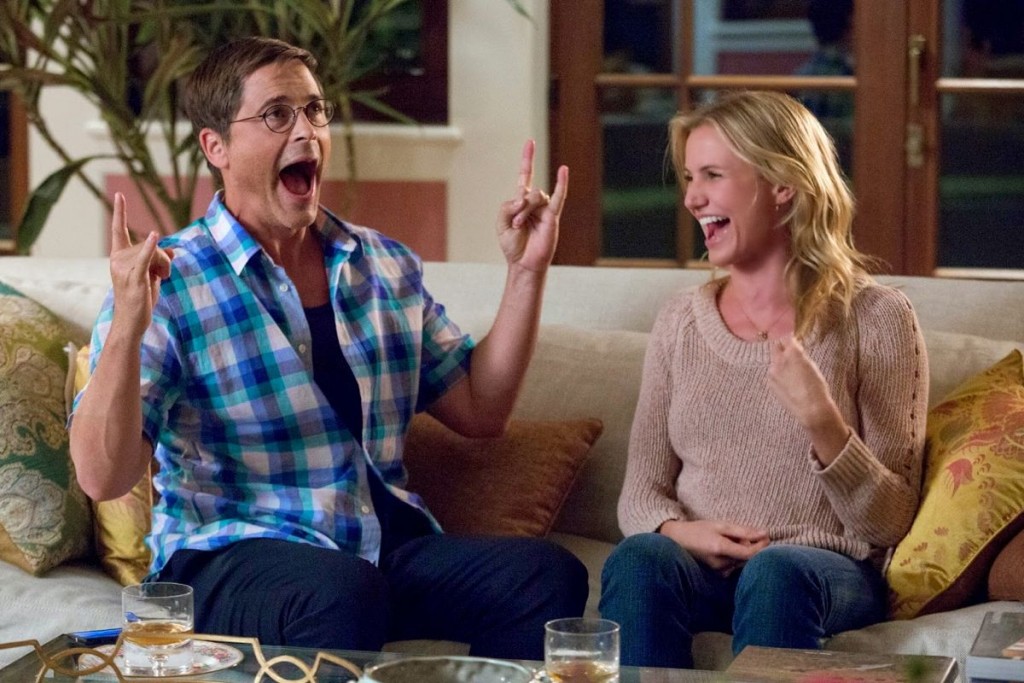 In general, the movie was very typical and reached down to the lowest level of humor in order to meet a wider audience. The jokes were crude and sexual. The performances by the cast were mediocre with the exception of Rob Lowe who played Annie’s potential boss. He was hilarious in the movie, partially because it was such a different role for him to play. I am used to seeing him in Parks and Recreation and this was just an interesting change for him. Jason Segel gave a below average performance. To me, it seemed that he was bored during this movie. His expressions were not as animated as they usually are and his delivery was half-assed. I am convinced that Cameron Diaz doesn’t actually know how to act, so I didn’t really expect anything or have anything to say from this performance either. The rest of the cast was average, nothing too memorable.

If you like movies like Knocked Up, 21 and Over, or pretty much any Judd Apatow movie, you will probably like Sex Tape. Its stupid sexual and drug references may tickle your fancy. For the person looking for a higher caliber movie this summer, look elsewhere.

Well, here it is folks… the typical crude summer comedy from Sony… Sex Tape. I did not go into this movie expecting much, but I did expect a lot more than what I got. Jason Segel, in my opinion, is one of the funniest people in Ho...
0
Average User Rating
0 votes
Please sign in to rate.